By Zach Dooley For LAKingsInsider.comDecember 28, 20180 CommentsUncategorized
via San Antonio Rampage

In the words of the Ontario Reign’s players and coaches, the time for excuses is in the rear-view mirror. Now almost halfway through the season, being a young team is no longer an excuse this group is willing to use. With a 2-0 lead through 20 minutes, the Reign played a strong first period, but gave up three unanswered goals in a 3-2 defeat on Friday evening at AT&T Center in San Antonio.

There were positives – It wasn’t a bad effort, but it also wasn’t a 60-minute effort. On a positive note, the Reign started strong as they jumped out to a 2-0 lead through 20 minutes, courtesy of goals from forwards Mikey Eyssimont and Kyle Bauman.

First, just past the halfway mark of the first period, Eyssimont took a cross-ice feed from forward Sam Herr, walked down the right wing and beat San Antonio netminder Evan Fitzpatrick clean on the glove side with a wrist shot, for his sixth goal of the season.

Bauman doubled his side’s advantage just 40 seconds from the buzzer as he knocked home a Brett Sutter feed late in the first period. After Bauman left the puck for Sutter down the right wing, the Ontario captain entered the offensive zone on the right side and sent a backhanded pass towards the slot, where Bauman split the Rampage defensemen and whacked home his third goal of the season, picking up his first career multi-point game in the AHL in the process.

San Antonio rebounded in the middle stanza, however, scoring the next two to tie the game at a pair apiece. San Antonio started with a shorthanded tally, as Austin Poganski moved down the right wing, deked to his backhand and roofed a shot over Reign goaltender Jack Campbell for his fourth tally of the season. Rampage forward Conner Bleackley tied the game at two 7:05 into the second as he cashed in on a rebound in front of Campbell, slotting home his second goal of the season after the Reign were unable to clear the front of the net. Forward Jordan Kyrou collected his team-leading 21st point of the season with the secondary assist.

The Rampage took their first lead of the evening midway through the third period as Samuel Blais moved towards the slot and beat Campbell over the glove hand, giving the hosts a 3-2 lead they would not relinquish. Ontario had a late flurry, with a power play and the extra attacker, but could not find the equalizer.

The REign travel to Cedar Park tonight before a 5:00 PM Pacific time showdown against the Texas Stars tomorrow evening to cap off their weekend back-to-back.

Mike Stothers on whether he felt his team sat back with a 2-0 lead
We didn’t sit back, we just don’t give ourselves a chance, because we don’t keep playing the way we need to play. We got some good results from getting some pucks deep, in behind their D and making them turn and go back and get it. We stopped doing that, and the turnovers that lead to some defensive zone situations, come back and bite us and it becomes a one-goal game, when we had to just keep playing the way we needed to. It wasn’t a matter of just sitting back, it was way too early to start thinking about that.

On whether being “inexperienced” is no longer an excuse the team can use.
Well yeah. You can say you’re a young team, or an inexperienced team, but we’re halfway through the season or basically, close enough. Growth has to be such that we shouldn’t be going over the same issues that we were in the first half of the season. Turnovers being one of them, or line changes, or any myriad of things that come back and end up costing us.

On the special teams battle and the shorthanded goal against being a turning point in the game
It was a poor pass on a routine play and then a change. You get caught leaning towards the bench and then trying to recover, you know what, it’s momentum for the opposition. We should have been executing and converting on that power play. So yeah, it’s another painful lesson.

Kyle Bauman on what went wrong after the Reign jumped out to a 2-0 lead
Whenever we have a lead, it’s not something we try to do, sit back. We try to keep the foot on the gas and keep playing our game, but the second period, they had two goals and we never plan on that.

On playing with leads and struggling to preserve leads as of late and whether it’s a result of inexperience
We do have a younger team, but it’s not an excuse anymore. Like you said, we came from behind for some wins in the first 25 games or so and now we’ve got the lead and we have to learn how to keep it. We’ve got to learn how to win games because these points are so important. Right now we’re last in the standings in our division and we need these wins.

On his line with Eyssimont and Herr, which combined for two goals tonight
It’s great playing with those guys, they’re great players and it’s definitely been easy playing with them, making plays and I think we’ve got some chemistry right now. It feels good to contribute and put some goals on the board and feel like you’re contributing to the game, but like I said earlier, it’s not enough right now. We need wins. 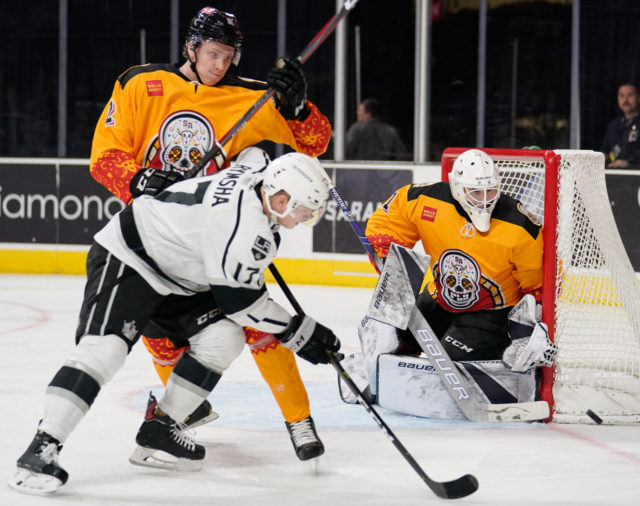 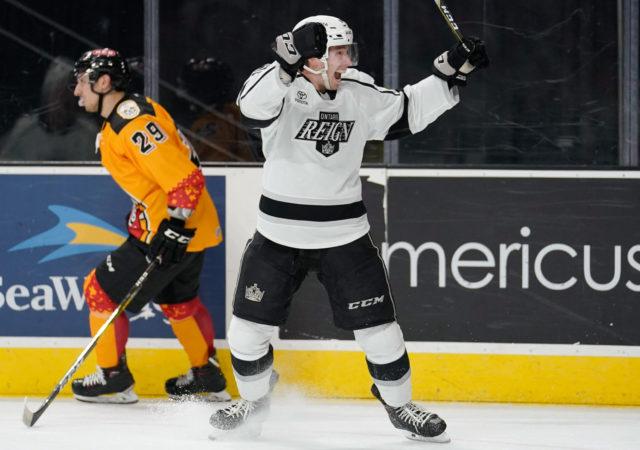 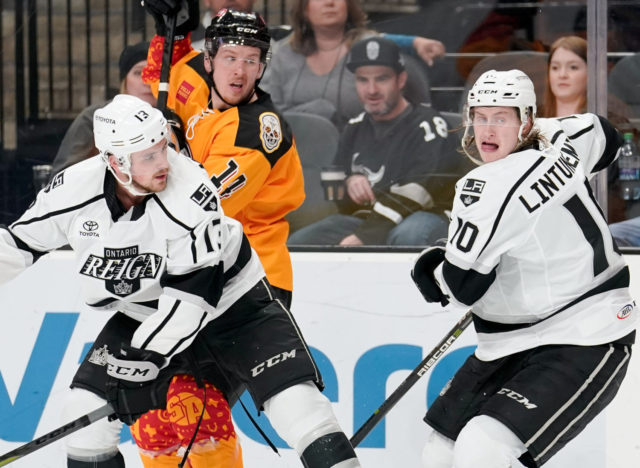