It was a difficult end to the weekend for the Ontario Reign, who fell 5-0 against the Tucson Roadrunners in the second game of a back-to-back set in Arizona this weekend.

Tucson got a multi-goal game from forward Tyler Steenbergen to lead the way offensively, while goaltender Merrick Madsen turned aside all 32 shots he faced between the pipes to earn the shutout. For Ontario, goaltender Peter Budaj made 26 saves in defeat, while forward Zack Mitchell led the way with five shots on goal.

Was on plane WiFi tonight, which was strong enough to follow along but not watch, so linking the box score for stats HERE. Will add the game highlights as well to this post if the Roadrunners share them via social media.

Notes –
– Ontario fell to 1-4-1 this season in the second half of back-to-backs. Ontario will face another next weekend, with two home games on Saturday (vs. COL) and Sunday (vs. SJ) at Citizens Business Bank Arena.
– With the loss, Peter Budaj falls to 3-4-1 on the season. With the victory, Tucson’s Merrick Madsen moves to 4-1-0. The shutout marks his third of the season.
– Forward Gabe Vilardi was a scratch from the Ontario lineup this evening – Via Jon, Vilardi was scratched due to injury and more information will be known on Monday. Tonight was scheduled to be Vilardi’s final game on his conditioning stint with Ontario. He finishes his time with the Reign with one assist from four games played.

Vilardi is out tonight with an injury and will be evaluated by Kings doctors on Monday. https://t.co/rt5bPuCE8I

– Boko Imama dropped the gloves in a first period scrap with Tucson forward Travis Howe. It marked Imama’s first scrap since November 3 and just the Reign’s second in that span (Sam Herr, 11/29 @ BAK).
– The Reign are next in action on Saturday, December 15 against Colorado at home for Teddy Bear Toss Night. 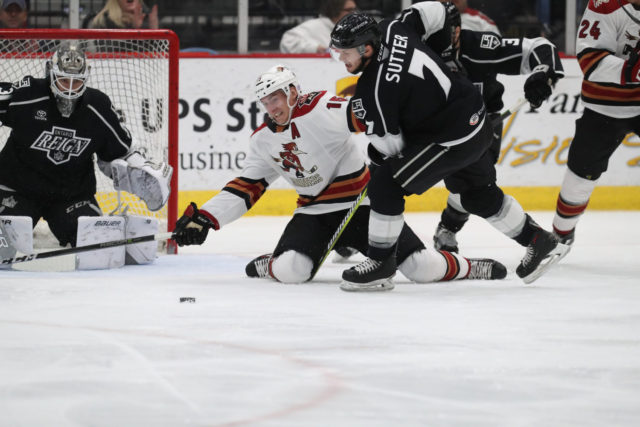 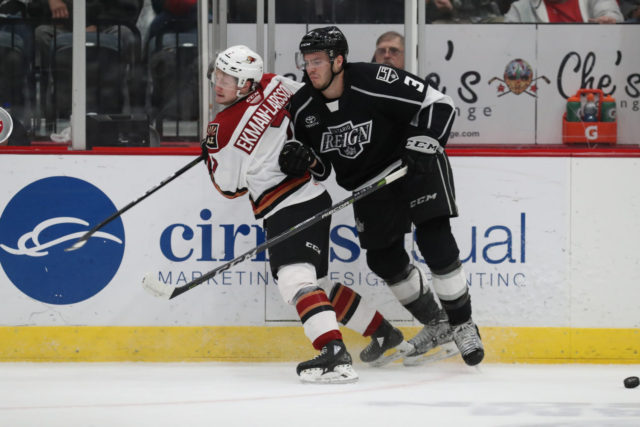