Brendan Leipsic and Nikita Scherbak skated for the first time with the LA Kings on Tuesday morning, and based off line rushes, Leipsic should enter into tonight’s game against Arizona (7:30 p.m. / FOX Sports West / FOX Sports app / LA Kings Audio Network). Scherbak, who remains on injured reserve with a lower-body injury sustained last month during a conditioning assignment with the AHL’s Laval Rocket, is still waiting on his visa to go through that will allow him to make his Los Angeles debut. It’s not too different from when Torrey Mitchell was stuck in travel purgatory – in the form of a Detroit hotel room – for four days last season as his immigration paperwork was tended to prior to playing his first game with the Kings.

Both were ready to begin the newest chapter of their hockey careers, and Scherbak very easily conveyed his excitement. “I was stunned,” he said. “I was just like, ‘no way.’ It’s been my dream. I’ve been here when I was 10 years old, and I had such great memories with the city. I was like, ‘I can not wait to come back.’ I guess God gave me the opportunity, and I’m happy to be here. I can’t be more happy to be a part of the Los Angeles Kings, for sure.”

It was noted on Sunday that Ilya Kovalchuk should be a good figure for him within the organization. It was a notion that perked up the Moscow native’s ears and eyes.

“He was my idol, but I haven’t seen him, so I’m really excited to meet him,” Scherbak said. “I don’t know how it’s going to go. Hopefully not too awkward. I heard he’s a great guy, so I think he’s going to help me a little bit. I know he has an injury and stuff to worry about, but everybody’s saying that he’s really nice and it’s going to be awesome to talk to the guy that I’ve been watching since I was young. I want to become the same guy and the same player as him, so that’s definitely is going to be exciting, for sure.”

Leipsic, a feisty undersized forward with sandpaper, speed and skill, skated opposite Michael Amadio on Nate Thompson’s line at today’s morning skate. He only has 81 NHL games to his name, so it’s not like this is Shane Doan or Kevin Bieksa entering the Kings’ room, but Leipsic did skate for divisional rivals in Vegas and Vancouver over the last year-plus.

“It’s a little surreal,” he said. “I was back in juniors when [the Kings] were winning all those Cups, earlier. I’ve been in a couple of locker rooms now, so it’s a little different every time, but hopefully this situation works out.”

“I’ve been around a couple of division rivals, so hopefully I can find my niche here on this team early. Getting off to a good start will be important – earn the coach’s trust so I can play in all situations and take it from there.”

Scherbak will wear 21 and Leipsic will wear 14 for the Kings.

Willie Desjardins, on Nikita Scherbak’s status:
He was on the ice today, so that’s a good sign. I don’t know exactly if he’s 100% cleared to play, but I’ have to talk to the medical guys after he comes off the ice. I thought he moved well on the ice.

Desjardins, on Scherbak’s shot:
Oh, he can shoot. He can skate too, eh? And he’s smooth. It’s interesting – a lot of that stuff, you have to translate it from practice into a game. But just watching him in practice, he moves well. 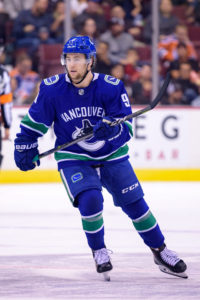 Brendan Leipsic, on how he can help the team score goals:
I put a lot of pressure on myself to produce when I’m put in those offensive situations. Right now, I’m just focused on bringing some speed, some speed, some skill, work ethic, just trying to push the pace a little bit, bring some pace to the game.

Leipsic, on whether he has texted Teemu Selanne yet:
No, I haven’t, but just got in last night, so it’s been a bit of a whirlwind. I didn’t really know where I was going to go or what was going to happen. I’m excited to be here.

Leipsic, on the last 24 hours:
I found out on Saturday afternoon that I was going to be put on waivers, and I wasn’t really getting my hopes too high or too low about being picked up. It was kind of nice, my mom was in town so we just kind of got away from the game a little bit and found out yesterday morning and was on a plane that afternoon.

Leipsic, on the logistics the morning of joining a new team:
Yeah, it’s brand new equipment, meeting the guys, trying to put some names to faces, meet the staff, meet the boys, stuff like that. Just trying to get adjusted as quickly as you can. 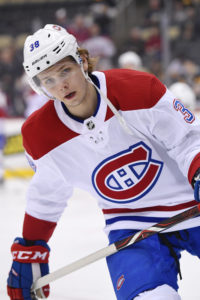 Scherbak, on the LA Kings:
Amazing team. All the guys are great. Can not be more respectful and can not be more open, I would say. Everybody’s nice and everybody came and said hi and ‘welcome to the team.’ I think I’ll bring speed to the team, definitely size. I think skill, I have a pretty good shot. A lot of speed, size and skill.

Scherbak, on traveling to Los Angeles when he was 10:
We had a tournament with a team from Moscow. We flew all the way, and I was the youngest guy, so my parents barely let me go fly 14 hours on the plane and go so far. But like I said earlier, Anaheim, L.A., we traveled to San Diego. For me back then, I went to Disneyland. I was like, ‘oh my God, this is a dream.’ California dreaming. Since then, I’ve never been in L.A. This is my legit first time around [since], so I’m really excited.

Scherbak, on his visa status:
I’m not sure, to be honest. I don’t know. I’m waiting on an answer. Hopefully it’s ready.

Scherbak, on getting off the plane Monday night:
I don’t know. I haven’t seen that much, to be honest. I basically went right from the airport to the hotel and have just been around this area. But I was going to go tonight to Staples Center, for sure, and will go see downtown. I’ve seen all the posters on the street for LeBron James and all that. It’s just, like I said, a dream. For me, I’m living the dream right now, and it’s unbelievable. I’m enjoying every second.

Scherbak, on his “fantastic” English:
It’s not fantastic. … I learned it when I went to Saskatoon when I was 17 years old. I didn’t speak it at all. … Zero. And now in five years, I just picked it up. It’s easy, but still I have trouble spelling stuff and writing it down. But I think I can communicate, pretty much. I understand everything, and I can say everything. [Reporter: It’s English with a little bit of a French accent, right?] Yeah. It’s been a lot of French in the past, that’s for sure. I learned it a little bit because my fiancé is from there. She’s trying to get me to learn French, but not anymore. Now I have an excuse that nobody speaks French in Los Angeles. I’ve got to learn Spanish now, I guess.

Scherbak, on his lower-body injury:
I’m clear. It’s why I got cleared in Montreal, and then they put me on waivers. 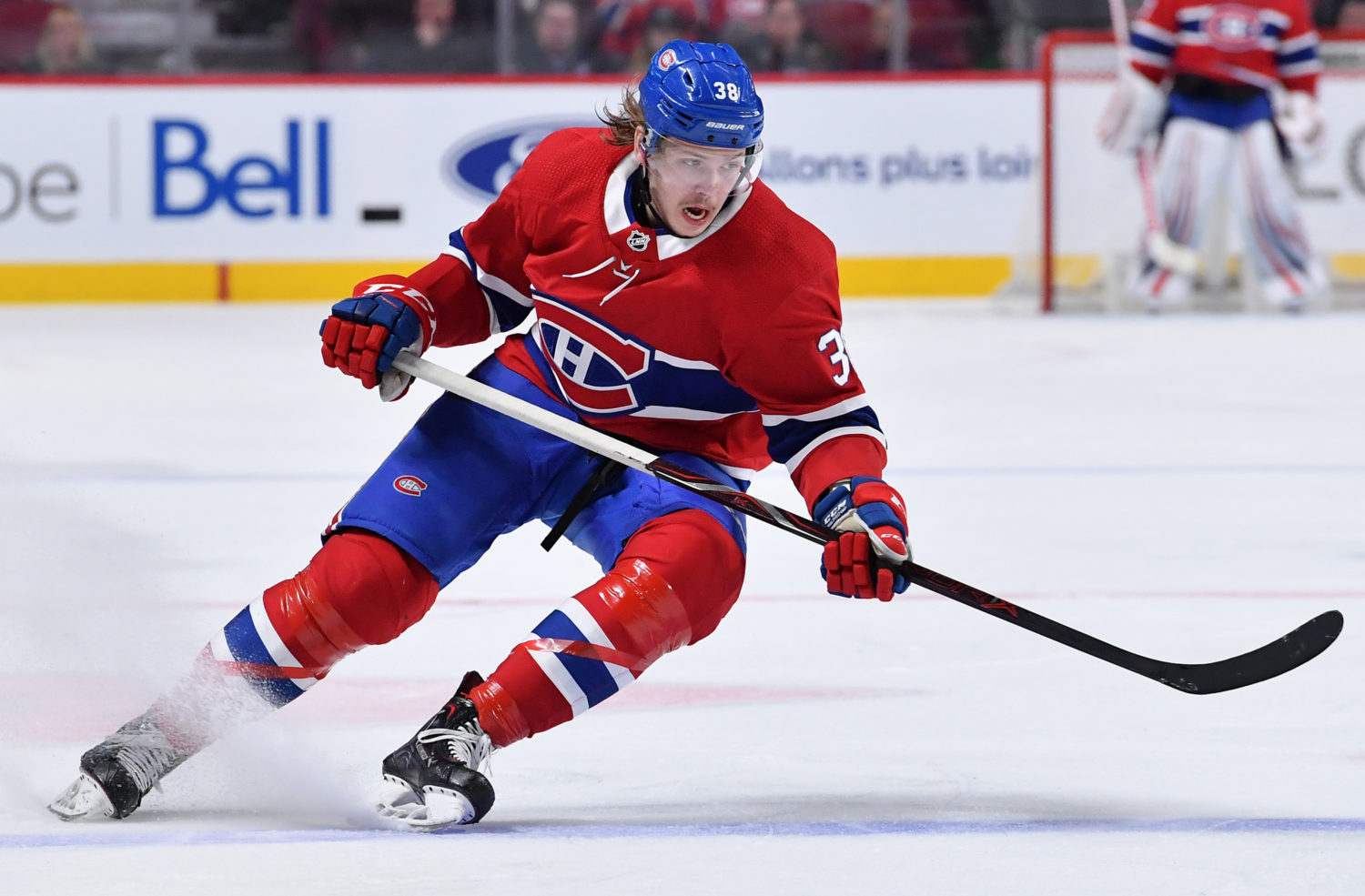