Waking up with the Kings: November 28 - LA Kings Insider

Waking up with the Kings: November 28

How small is the LA Kings’ margin for error right now? They’ve won three of four road games, all of which have produced one non-empty net goal during regulation. While this is a team whose empire had been built largely on the ability to find a way to win deadlocked, low-scoring games, earlier teams did so with a touch more grace in third periods. But there’s absolutely no use in talking style points with the standings the way they are; the Kings produced an ultimately solid road effort and kept with the pack in the Pacific Division on a night all other teams that took the ice came away with points. Cal Petersen was again excellent, relying on The Black Arts to siphon Alec Martinez’s redirect into his glove as well as his own cool, calm and collected disposition during the third period Vancouver blitz. It’s awfully impressive that in such a busy game, the only puck that beat him was on a deflection some 56 minutes in. Also, Why was Chelsea Dagger played last night? Hearing Chelsea Dagger in Rogers Arena is like hearing The Rains of Castamere played in Winterfell. 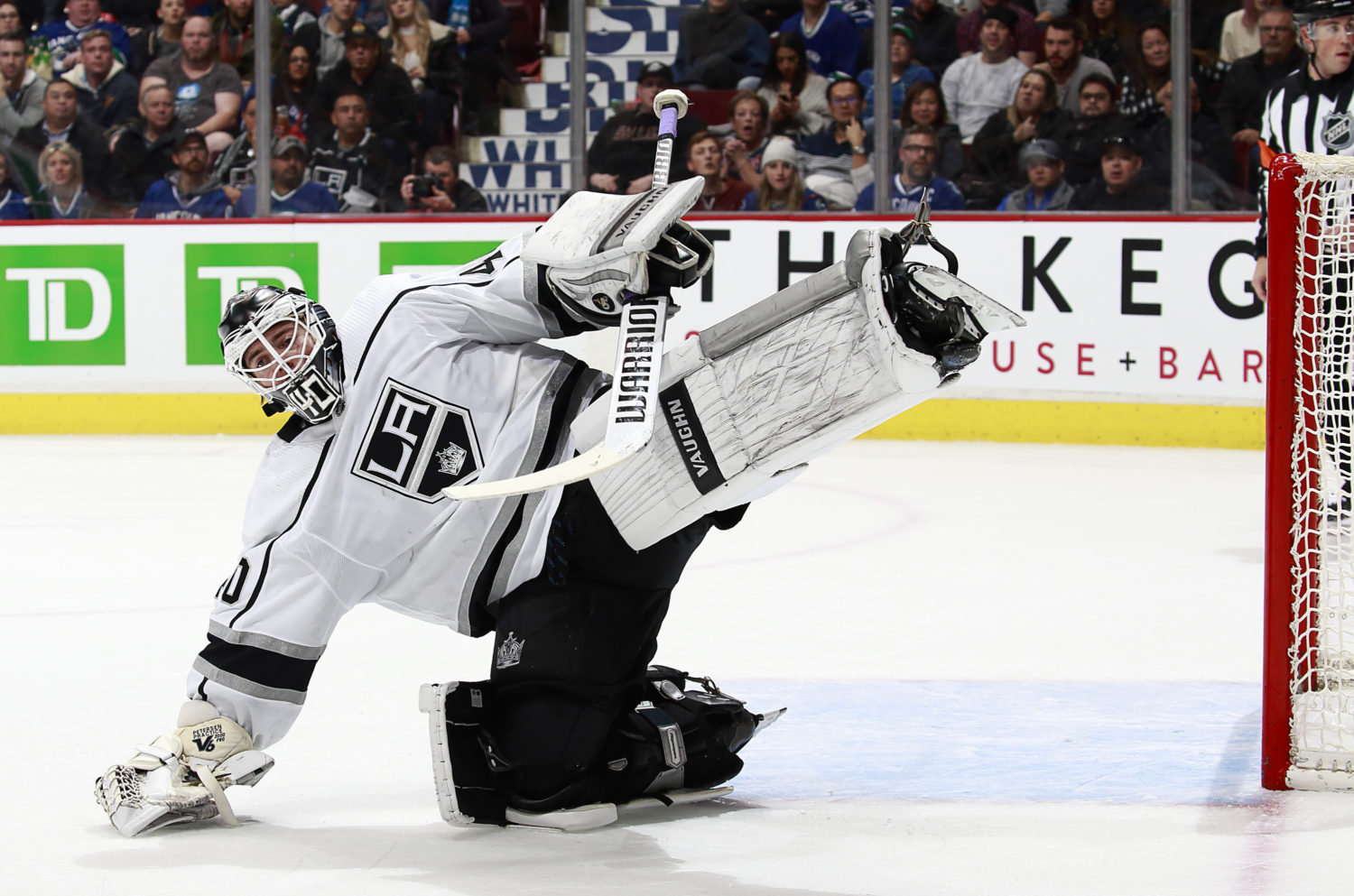 Los Angeles didn’t produce any sort of power play tutorial. In fact, they put one unblocked shot towards the net (it missed) and yielded five shots on goal while on the man advantage, which is an issue for a team that’s yet to score a road power play goal this season. But they did put on a three-on-three special teams demonstration in which one of the rare times Vancouver got a touch on the puck was when Jacob Markstrom kicked it out to an oncoming Dustin Brown. The quick strike was built off the ability of both Jeff Carter and Anze Kopitar to win faceoffs against Elias Pettersson and Bo Horvat. The Kings have been a dominant faceoff team as of late, and while that doesn’t at all correlate into winning – Philadelphia, St. Louis and Los Angeles rank first, second and third in that stat – it should give them, theoretically, an opportunity to start with the puck while on special teams. That hasn’t quite happened; Kopitar and Nate Thompson, two of the team’s three most regular faceoff men, have significantly lower special teams faceoff rates than five-on-five rates, while Jeff Carter, who’s clocking in at a robust 57.1% on the season, is winning 58.5% of the power play draws and 62.1% while killing penalties. This probably doesn’t matter a whole lot, but it does mean that a power play that is past-due for a road power play goal this season should probably have an extra few seconds of opportunity during a stretch in which they’ve won more faceoffs than their opponents in 15 of their last 19 games. 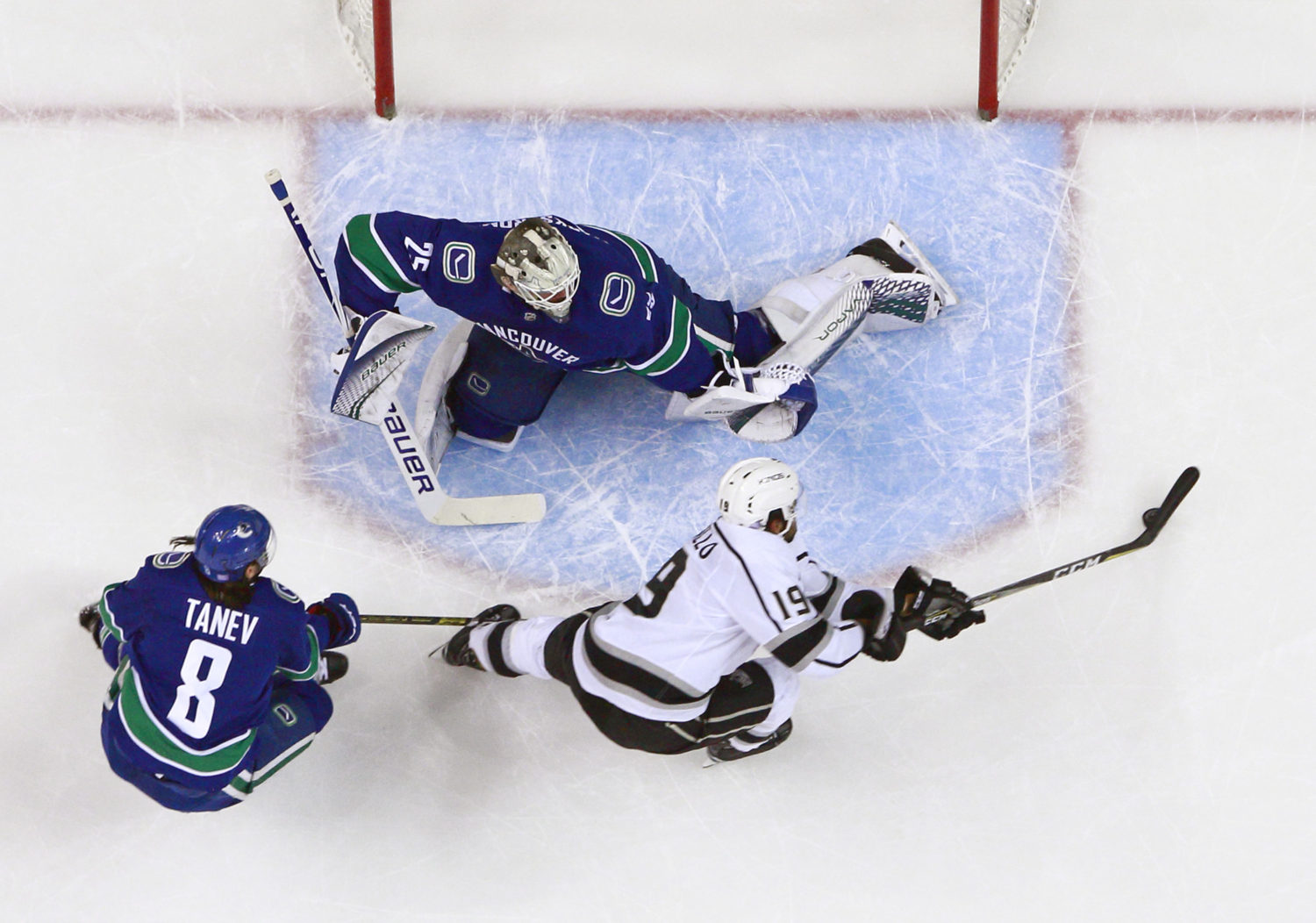 Top players doing top player things. Kopitar weathered a Tyler Motte hit to get the puck deep, Brown cleanly won a puck battle against both Motte and Biega – that’s really some outstanding boards work by Brown – and used his feet, mid-battle, to issue a clean pass to an unmarked Iafallo, who beat a very good Jacob Markstrom inside the far post. The Carter and Tyler Toffoli connection found a home in the offensive end, and if not for key Markstrom saves early in the first and late in the third, Toffoli could’ve had a pair. Ilya Kovalchuk is also a top player, though, and it elicits a heavy sigh to see him so deep in the lineup. He did get shifts up with Carter and Toffoli in the third period, and the ultimate endgame is still most probably that he’ll eventually get moved back up and regain most of the ice time that has been siphoned away. But it was an offshoot of the Willie Desjardins-heavy topic of conversation in Vancouver and became a semi-awkward story for the second consecutive day on Tuesday. The Kings are also 3-0 in games in which Kovalchuk either started on the fourth line or was used highly sparingly in third periods, and there have been absolutely no visible flashes of frustration or sulk from Los Angeles’ star, whose attitude has repeatedly been praised. However, Desjardins’ note that he made the decision to play Kovalchuk on the fourth line was “because it gave us the best chance that game, and I think it gives us the best chance down the road, too,” is a harbinger that this will still be a conversation topic for the near future. 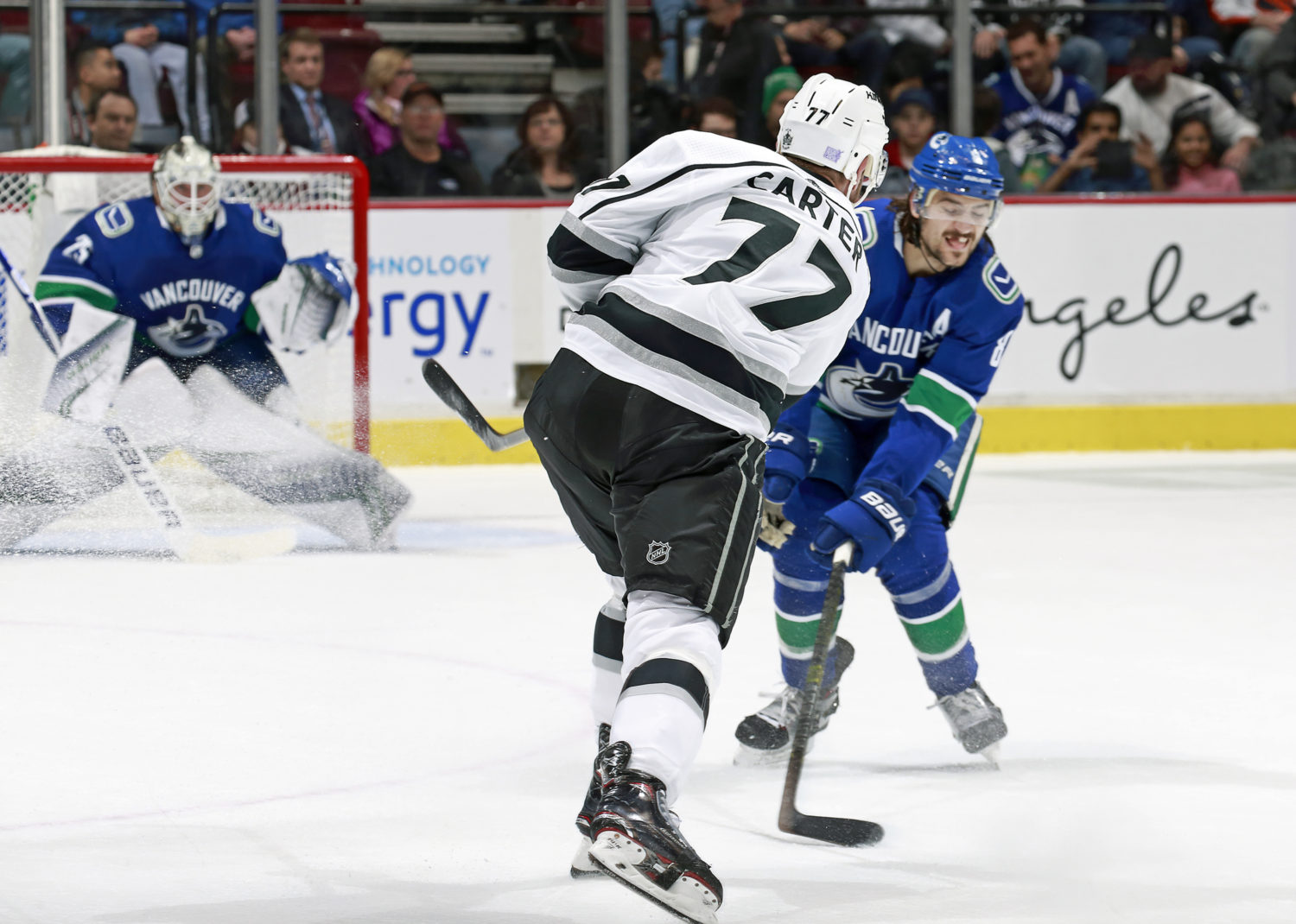