Waking up with the Kings: November 20 - LA Kings Insider

Waking up with the Kings: November 20

The LA Kings won two games on a three-game trip by winning the way they often have to: without scoring. They scored once in 65 minutes in Chicago and won, and once with a goalie in the crease in St. Louis and won. This was because Cal Petersen was excellent and furthered a very promising trend. It’s bringing back memories of the first several Martin Jones starts; considering Jones’ performance raised contextual references of Frank “Mr. Zero” Brimsek, this is, obviously, a good thing. Through his first three starts, Jones was 3-0-0 with two shutouts, a 0.65 goals-against average and a .973 save percentage, and through Petersen’s first three starts, he’s 2-1-0 with one shutout, a 1.64 GAA and a .955 Sv%. Both won their first starts in entertaining shootouts, stopping at least three Hall of Famers combined in Teemu Selanne, Jonathan Toews and Patrick Kane and perhaps one or two more. Both are unflappable, Petersen maybe even more so than the highly composed Jones. There’s so little wasted movement; through these first four games, he’s squared himself to the shooter and offered little net with which to work. And, like the goalie who split time with Jones, it does seem as though he could be Ben Scrivens’ little brother, even though their styles in net are radically different. There’s little for this team to hang its hat on through the first six weeks of the season, but if we’re talking goaltending futures, the team is sitting just fine. 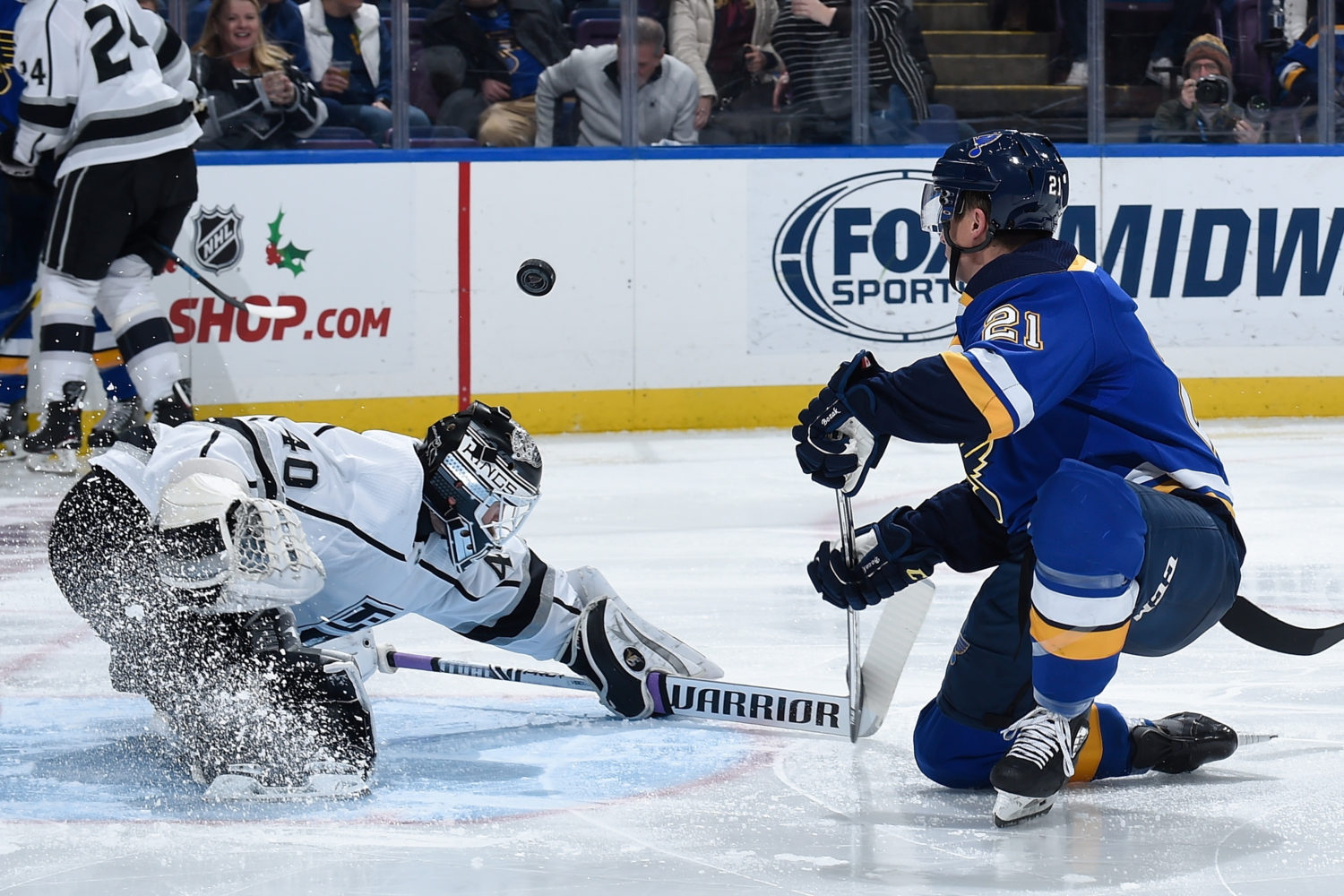 Before having to hold on at the end, Los Angeles played a sturdy 40 minutes in a game that won’t win any beauty pageants. There’s no reason to find great fault when you’re scoreless after one on the road, and despite a second period in which St. Louis strung together several blitzkrieg shifts that pinned their opponents back in their end – credit Jeff Carter for two excellent touches on a pair of net-bound pucks that ended some developing scoring chances – the visitors were the better team through two periods and again banked on a terrific performance from the Adrian Kempe line that produced not just a possession discrepancy but also the game-winning goal. If we’re talking individual performances, it’s also important to acknowledge Derek Forbort, who had a terror of a game Saturday in Nashville before responding with a nearly 27-minute performance during a shutout Monday night. It was a strong bounce-back game for Forbort, whose 29 shifts tied for the second most on the team. Jake Muzzin, on the ice for the Matt Luff goal and in the final minute while the team was protecting its lead, issued a game-high six hits and registered two blocked shots (and also endured a giveaway that led to his minor penalty in the third), furthering a confident and physical month-long run in which he’s been Los Angeles’ best skater on most nights. He has the lowest percentage of offensive zone starts among regular L.A. defensemen and leads them all in raw possession ratings. It’s a good thing Kings coaches don’t base their decisions on Twitter consensus. 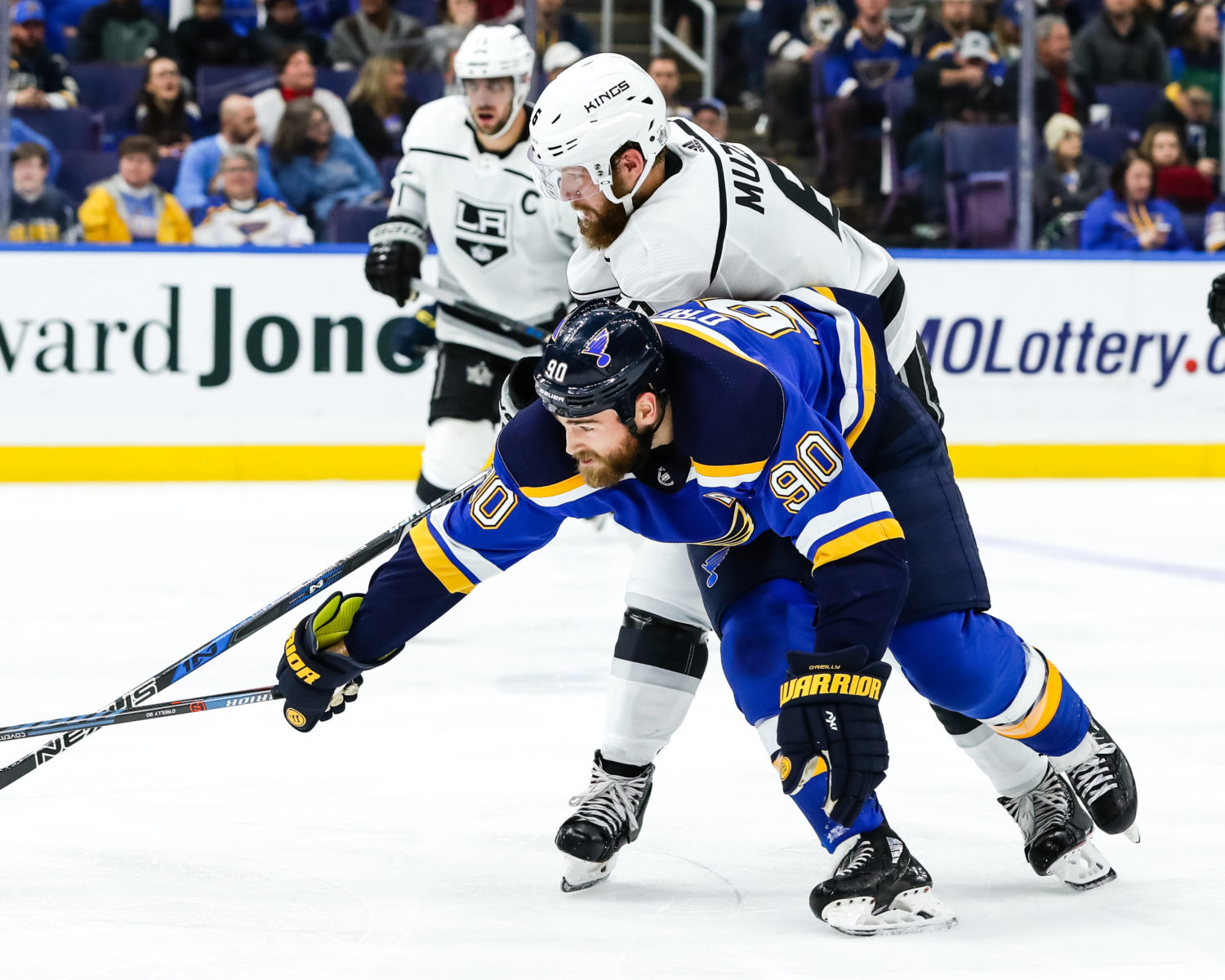 They’re still in 31st place. Time to make hay. Really, the alarm clock for haymaking has been going off for a month. The general consensus is that if you’re as far out as the Kings are by Thanksgiving, it’s time to plan golf outings rather than first round hotel reservations, but the general consensus ain’t seen nothing like the 2018-19 Pacific Division. (Nods at you, Southeast Division.) They’re in the midst of nine straight games against Western foes, four of whom were or are against teams that have already made a coaching change. If there’s any sort of early spring intrigue to come, this is a critical stretch of the season. The bar is lowering, so the pace they’ll have to maintain the rest of the way isn’t as breakneck as it once seemed. Could 91 points secure a number three spot in the Pacific? That’s probably too low a bar – teams will ultimately separate from the mediocre pack – but the Kings could go 36-22-4 and at least make things more interesting than they have been. But “making things interesting” isn’t what the Kings had stated this season’s objective was, and it would require some otherworldly resuscitation for them to win 36 games the rest of the way, so please ignore these unlikely goatee-stroking theoreticals. Let’s see what transpires from that Vancouver-Edmonton-Vancouver-Edmonton stretch ahead, which comes on the heels of a more daunting Colorado game Wednesday. At the very least, the Kings won a pair of road games that should help build confidence for the upcoming stretch, and it’s good to see Matt Luff do his part to forge his way onto Willie Desjardins’ lineup card. 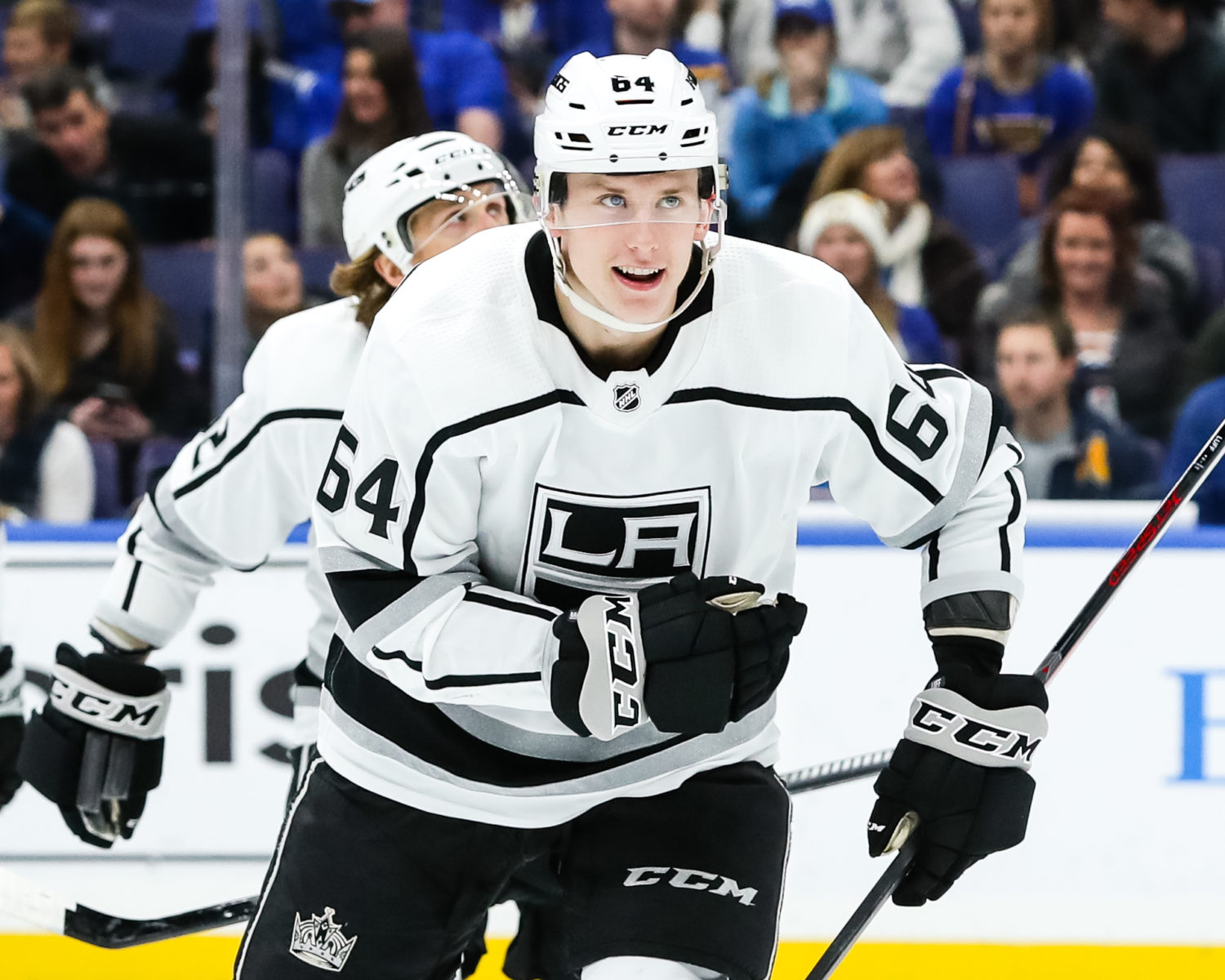