A good afternoon to you [takes a long, deep yawn], Kings fans. First things first: One of two Kings goalies with torn menisci, Jonathan Quick is advancing well in his rehabilitation from surgery.

These weren’t the most explosive movements he showed during the 20 or so minutes in which he took the ice with Bill Ranford and Dusty Imoo – for one sequence, he flashed his trademark competitiveness and tumbled onto his back, refusing to get beat on a shot. He’s getting closer, and the word on Sunday was that he might join the team for practice on either Wednesday or Friday. Some good signs from Quick today.

Maloney, who spent five years as the head coach of the Toronto Maple Leafs and Winnipeg Jets in the 1980’s, was traded to Detroit along with Terry Harper and a second round pick for Bart Crashley and the rights to Marcel Dionne on June 23, 1975. 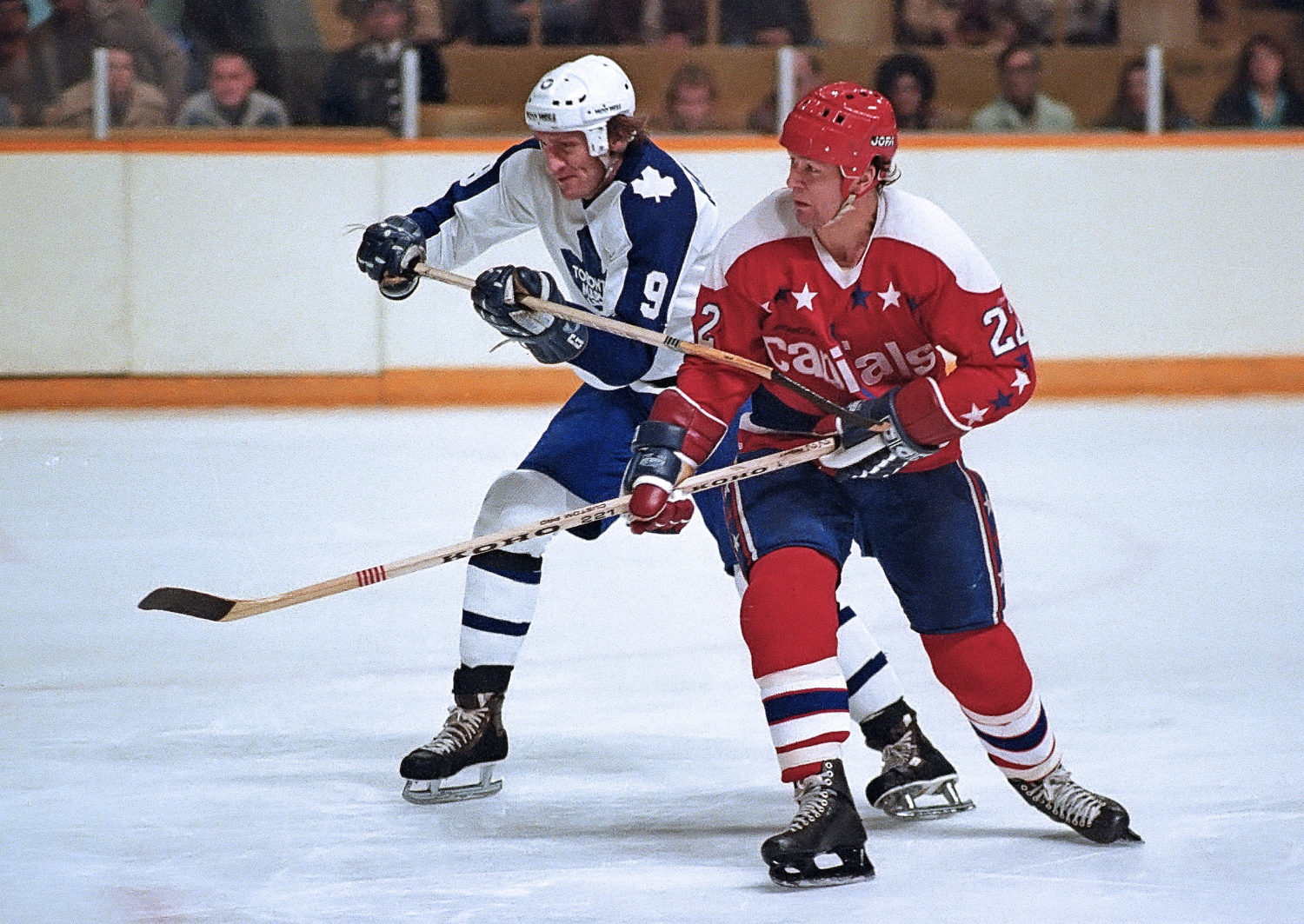 –Entering the third period, Ilya Kovalchuk had taken 15 shifts, one shy of linemates Jeff Carter and Tyler Toffoli. He proceeded to take only two shifts in the third. What was up with that?

“One, he’s more of an offensive guy,” Willie Desjardins said. “We had a lead, so we probably didn’t use him quite as much. I think we’ve got to find a place. I don’t think he’s performed the way he wants to. Like, he’s kind of a power play specialist, a little bit, and we’re not getting any power plays, so he’s kind of hurting his chances. We’ll try him out probably with Kempe here and just see how that line goes.”

–Speaking of Kempe, he won 8-of-12 faceoffs on Monday, upping his seasonal rate to 46.2% one year after he finished with a 38.5% rate, the lowest in the league among qualified forwards. Los Angeles won 33-of-53 faceoffs against St. Louis, with all four players who took draws finishing in the black.

He’s not yet at a break-even mark, but Kempe is happy with the strides he’s made and the experience he’s gained in the middle of the ice.

“You go up against good players and start to understand what you have to do to win the draw, and obviously some guys are really good on it still, and it’s hard to win, but I think I’ve been better and better every game, and I still feel more comfortable in the circle as well, and I think that’s a good thing.”

It’s part of a team-wide trend. The Kings have won the majority of the faceoffs in 14 of 20 games this season and are tied for sixth in the league with a 52.1% mark.

The larger story here is that the Hagelin-Kempe-Luff line was a pretty good source of possession for the team on the road trip, where Hagelin skated to a 63.0% raw Corsi-for with Matt Luff and 56.9% with Kempe.

Desjardins spoke about Hagelin being a good mentor for Kempe, and Kempe spoke about how the two have been able to build off each other’s speed.

“Obvioulsy he’s really fast, and that means that I have to get up there, too,” Kempe said of Hagelin. “He’s getting into a lot of forechecks, and you need a second man in quick to grab those pucks, and Luffer’s been really good in the hole, finding the open spots. He’s got some chances, and he got his first one yesterday, so he’s filled that spot really well for us, and me and Hags are trying to use our speed and get in on the forecheck and create some rush game. I really like to play with those two.”

Of course, that grouping might change for tomorrow’s game against Colorado, given Desjardins’ hint above that Kovalchuk may join Kempe line in some capacity. But it’s not a bad fall-back option to be able to confidently play a pair of younger players together on the road, where they’ve shown some early promise against, admittedly, teams in Chicago and St. Louis that have struggled of late.

–Paul LaDue has played once since the Ottawa game on October 13. What’s it going to take to get him back into a game? Unfortunately, probably the loss of personnel, according to Dejardins. “It’s not that I don’t think LaDue can play, it’s like, who am I going to take out? And that’s kind of been the big issue – like, who comes out?” Desjardins said. “Right now, he’s probably waiting for an injury before he’ll get his chance. I haven’t even seen him, so it’s not like I’ve made a ruling on him that I don’t think he can play. It’s not that at all. It’s just that you take somebody out, you hurt their confidence, and right now we’ll probably run with what we’ve got.”

–Derek Forbort followed one of his rougher games in recent memory with a strong bounce-back effort in St. Louis in which he led all skaters with 26:47 of ice time.

“Yeah, he was good,” Desjardins said. “He’s a good match-up with Doughty. He’s solid defensively. He went in hard into the boards the game before, so he was a little bit doubtful even coming into that game. He managed to bounce back. He gives us good structure defensively. Overall, I thought our whole defense corps played well on this trip.”

That pairing with Doughty withstands the test of time because when they’re both playing to their capabilities, they play a structured game – as noted by Desjardins – that allows Doughty, one of the league’s best forecheck evaders, to retrieve pucks and get them up-ice.

When his own game is going well, Forbort maintains strong gaps and steps up to deny easy zone entries. “I think me and Dewey have always been pretty good at forcing entries and not letting them come in pretty controlled,” he said.

Forbort has been keen on his ability to get sticks on pucks and start the breakout in the other direction when he’s on his game. When he’s going back for pucks, he’s able to look over his shoulder, sense where the forecheck is coming from and use deception to get the forechecker to go one way while heading the other, he said.

It hasn’t been one of the team’s consistent strengths this season; Doughty is a minus-11, and Forbort, as noted, endured a rough performance in Nashville in which he took two penalties, both of which led to power play goals from the opposition. But in retrievals and with the puck on his stick, he’s confident in his ability to stop plays and turn them around.

“Everyone’s pretty similar,” Forbort said. “No one’s doing anything that different, except for maybe Kane on Chicago. He’ll loop behind the D, and that throws everything off a little bit. But for the most part, a lot of teams do the same things, maybe a few different things, but our reads pretty much do the same, and when you and your partner know you’re going to make the same reads, then it’s pretty easy.”

Good stick check by Forbort on Dunn to end a STL rush. Nice response in this game after Saturday.

Jake Muzzin, on his recent play:
Playing hard defensively is the key for me and to help the team. We’d like to create move. Obviously, we haven’t scored too many goals, but goals will come with good play and being structurally sound and playing hard. Keep shooting, keep trying to get in the play and keep being responsible defensively are all keys to myself and to our D corps in general.

Muzzin, on ways to increase scoring:
We’ve got to get in the play more as defense. Whether it be as the fourth man in the attack or even as the fifth man on a delayed play or what-have-you. I think we can do a better job of getting pucks through to the net .Our forwards are working to get ther,e and we have to reward them with pucks to the net. I think our cycle game, we can hang on to pucks a little longer down low and make plays. We haven’t drawn that many penalties, and that comes from cycle play and getting teams caught out there and tired. These are things we can continually try to get better at.

Muzzin, on what he’s doing well when he’s on his game:
A big thing for me is just going through people as opposed to swinging away and just kind of poking. Keeping it as simple as I can. Quick to close on guys, reading the play well and making plays. It comes from being sound physically and eliminating the play. But I thin kit all starts with going through people and making contact, as weird as that sounds.