It has been known that Drew Doughty, while growing up in London, Ontario, had a chevron-adorned Kings jersey with a #99 on the back. “I used to always wear it to all the tryouts and stuff,” he said.

Hearing this, Jake Muzzin weighed in. “Would it still fit you?” he wondered Monday morning in the team’s dressing room at the Enterprise Center in St. Louis.

A noted Kings fan in his early days, Doughty had an opportunity to have a say in the direction of the team’s newest sweater, a “Silver Jersey” that has been added to the team’s permanent collection. And it wasn’t just Doughty – it was the entire team. The group was particularly fond of the gold-trimmed jerseys they wore two years ago, and when the Silver Jersey was in the planning stages a year and a half ago, the players wanted some version of that 50th anniversary kit.

“We really liked the 50th anniversary jerseys,” Doughty said. “I really liked the gold that surrounded the plate. Obviously, we weren’t able to do that with the new ones. I think it’s nice. I really loved the old ones – the purple ones or the yellow ones too – but it’s nice to have something different like these gray ones.”

The Silver Jersey, which debuted last week – just in time for Black Friday and early Christmas shopping – stays true to the team’s brand and visual identity. They’ll wear it for all Saturday home games this season, starting with this week’s Hockey Night in Los Angeles tilt against Vancouver. The color scheme also differentiates the team from other colors, logos and schemes in the vast L.A. sports marketplace, and it’s important that the Kings, who at the start of the 2011-12 season introduced their current black and white sweaters as their primary jerseys, maintained their identity after having changed primary logos in 1998 and 2002.

Jerseys are not changed overnight. Teams work with both Adidas and the NHL and ultimately build several prototypes over a span of 12-to-18 months between the planning stages and when they’re ultimately rolled out. It starts as an internal discussion before other parties join in.

“Adidas is pretty involved the whole way – the league and Adidas,” said Head Equipment Manager Darren Granger, who along with LA Kings COO Kelly Cheeseman would communicate with the outside parties. “They give direction on what they can and can’t do, and in the end it basically comes down to a team decision on what the concept’s going to look like.”

The players don’t have a final say, but Granger does serve as a conduit between them, the team, the NHL and Adidas, “because I have a day-to-day time with them if they like something.” 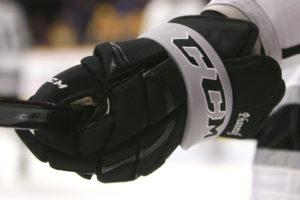 “That was a big reason why we changed gloves, was because the players liked when we wore it in the 50th anniversary season They liked that glove that we only wore with the gray jersey. We’ve incorporated it full time with all the jerseys, but really it was their call because they liked wearing it.”

This is not a “third” jersey. It’s described as a “foundational brand jersey’ that will be one of three permanent jerseys moving forward that reflects the official team colors – black, white and silver.

“We are thrilled to introduce the adidas adizero Authentic NHL Silver Jersey to our jersey collection. The LA Kings Silver Jersey draws inspiration from our recent 50th Anniversary season, our connection to the city of Los Angeles and our historic achievements performing on the ice for our loyal fans,” Kings President Luc Robitaille said in a statement.”

Later, there will be the possibility that the team adds to the collection, potentially with the “Forum Blue” or gold-dominant jerseys that the team wore on Legends Nights in recent seasons, but that won’t be this year.

“Probably on this one, the plans were kind of in place when we wore it in the 50th anniversary season,” Granger said. “It’s just a matter of updating it with Adidas to get it to where everybody wanted it. Usually it’s at least one year in advance. Usually over a year.”

The Kings will wear the jerseys in 14 games this season, 12 of which will be at Staples Center; they’ll also wear them for two road games in late December. The jersey, per a release, “features striping along the arms that represent the franchise’s two Stanley Cup Championships; the striping along the bottom of the jersey matches the team’s 1967-68 sweater, the club’s first on-ice NHL season; and a purple embellishment within the neck exists and contains five gold diamonds to reflect the five decades of LA Kings hockey while also paying homage to the club’s historic Purple/Gold years.”

Silver Jerseys are available for purchase at the the Team LA Store inside Staples Center and Shop.NHL.com. 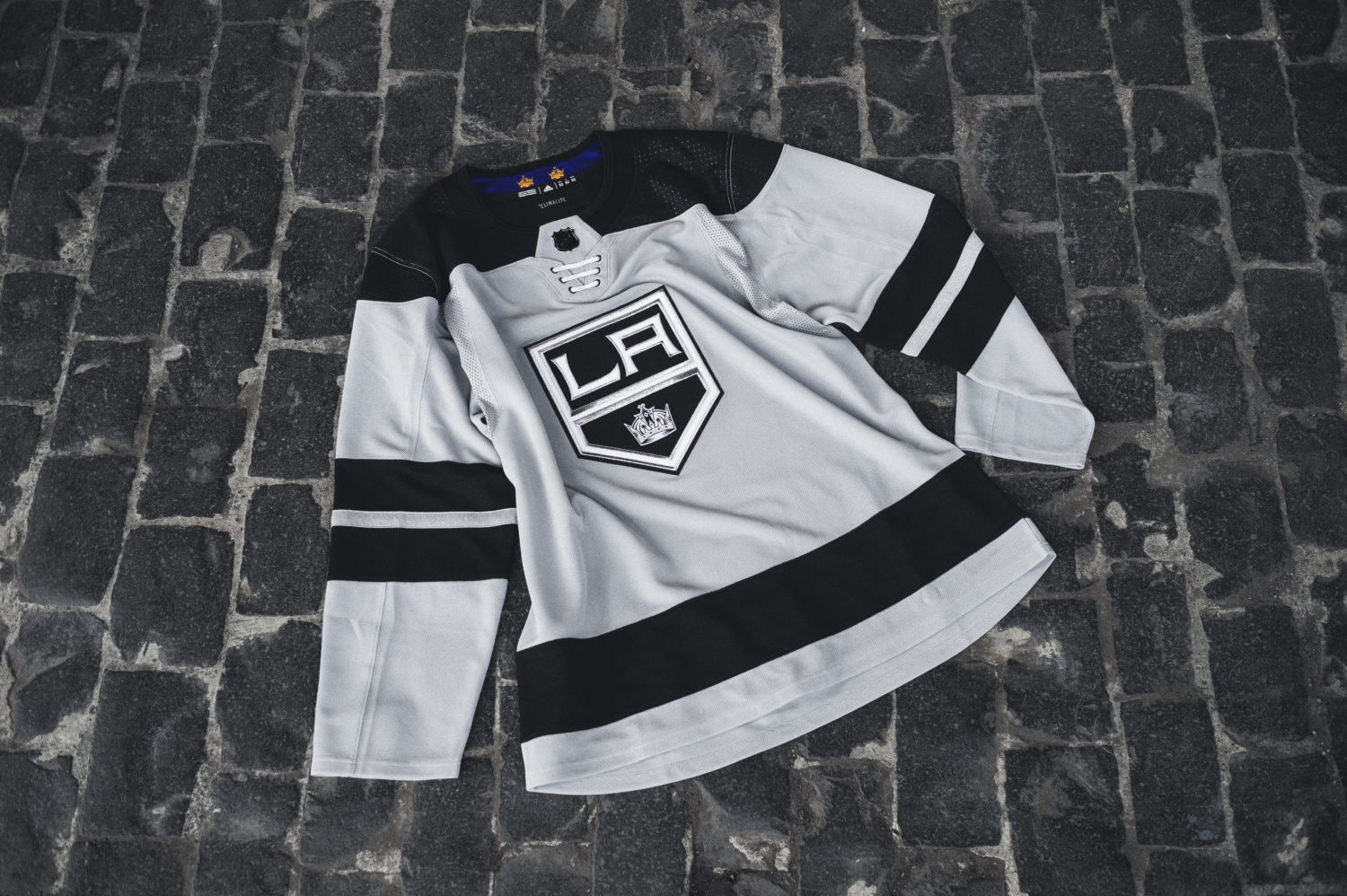 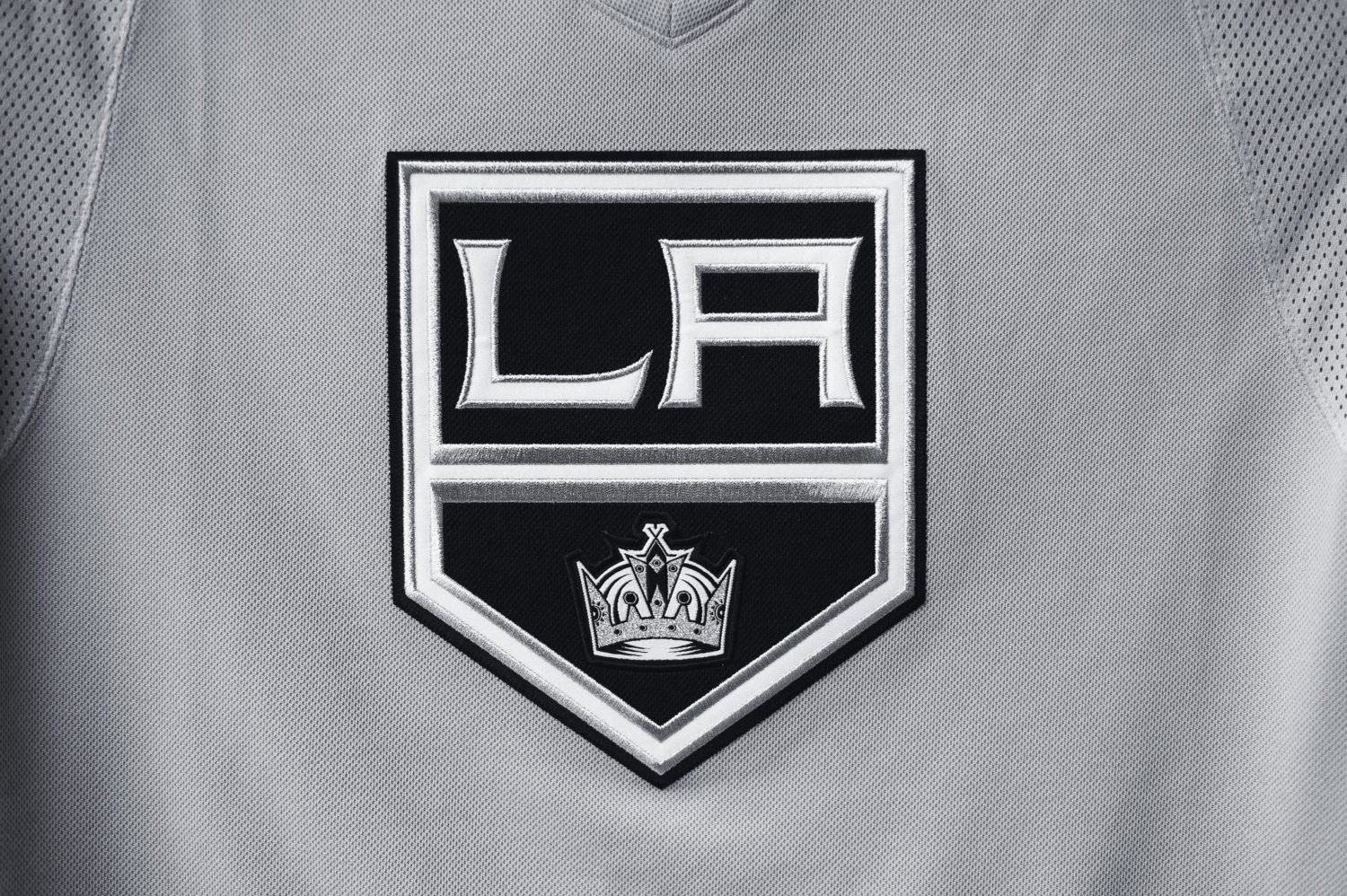 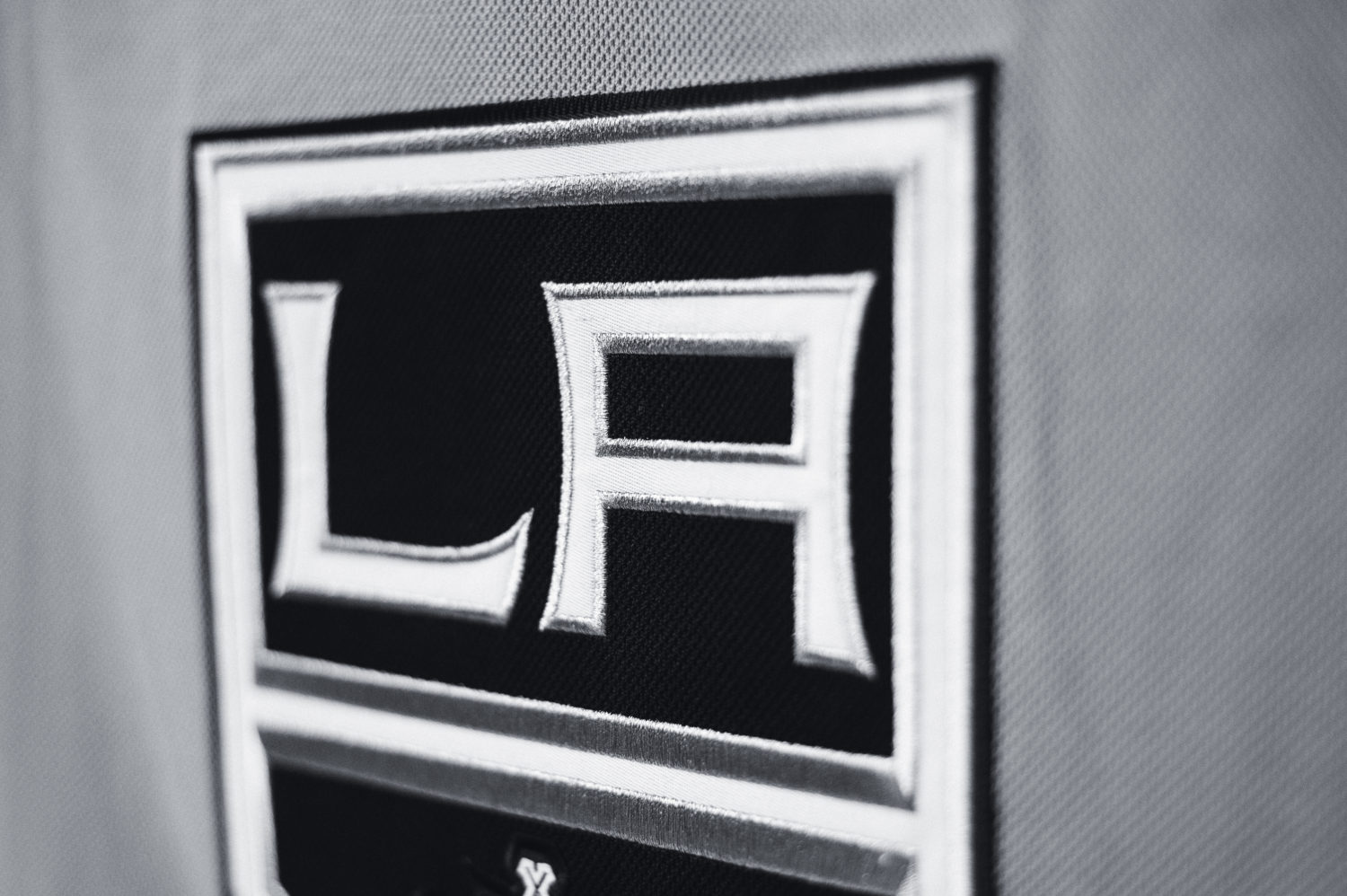 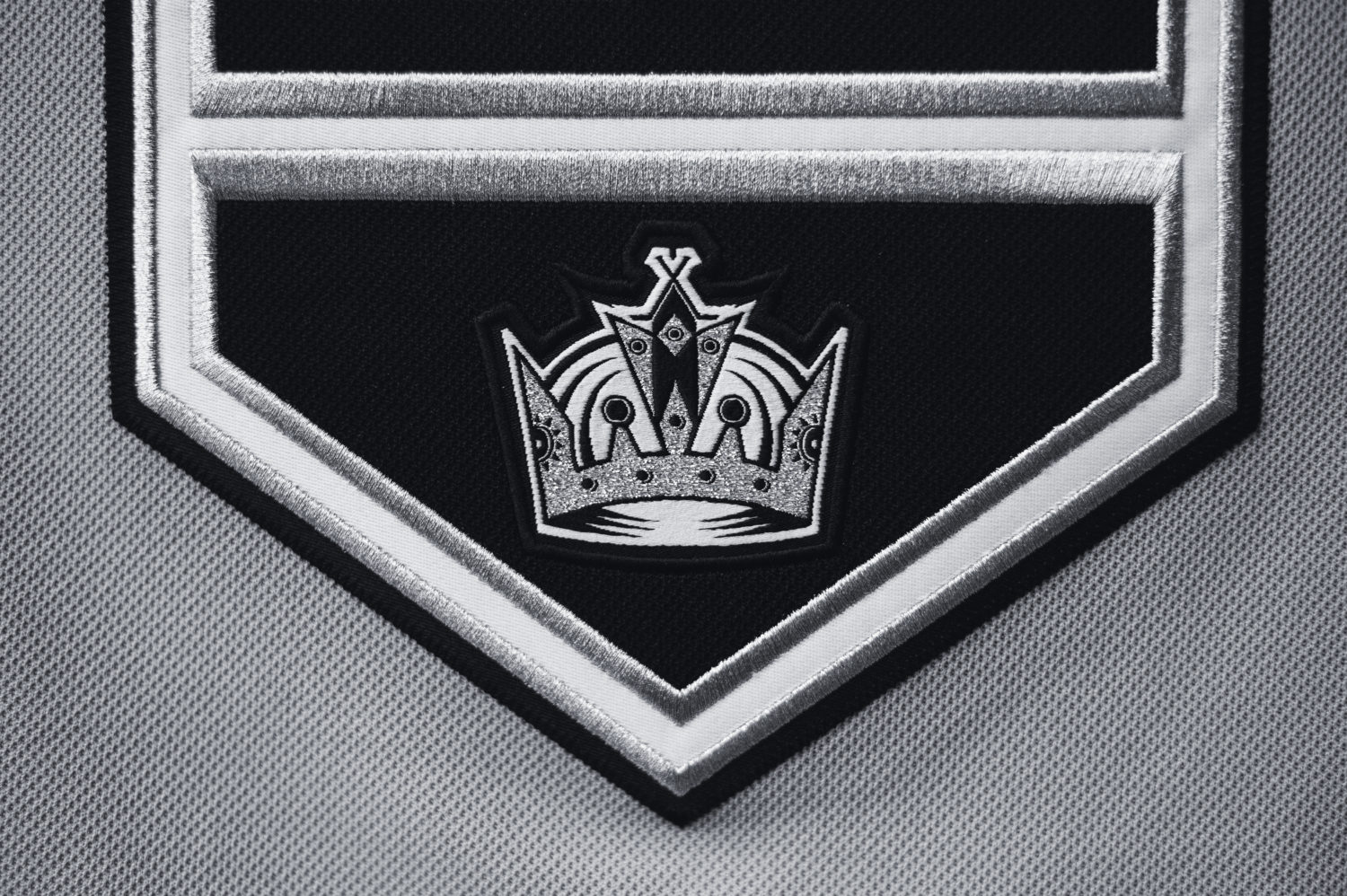 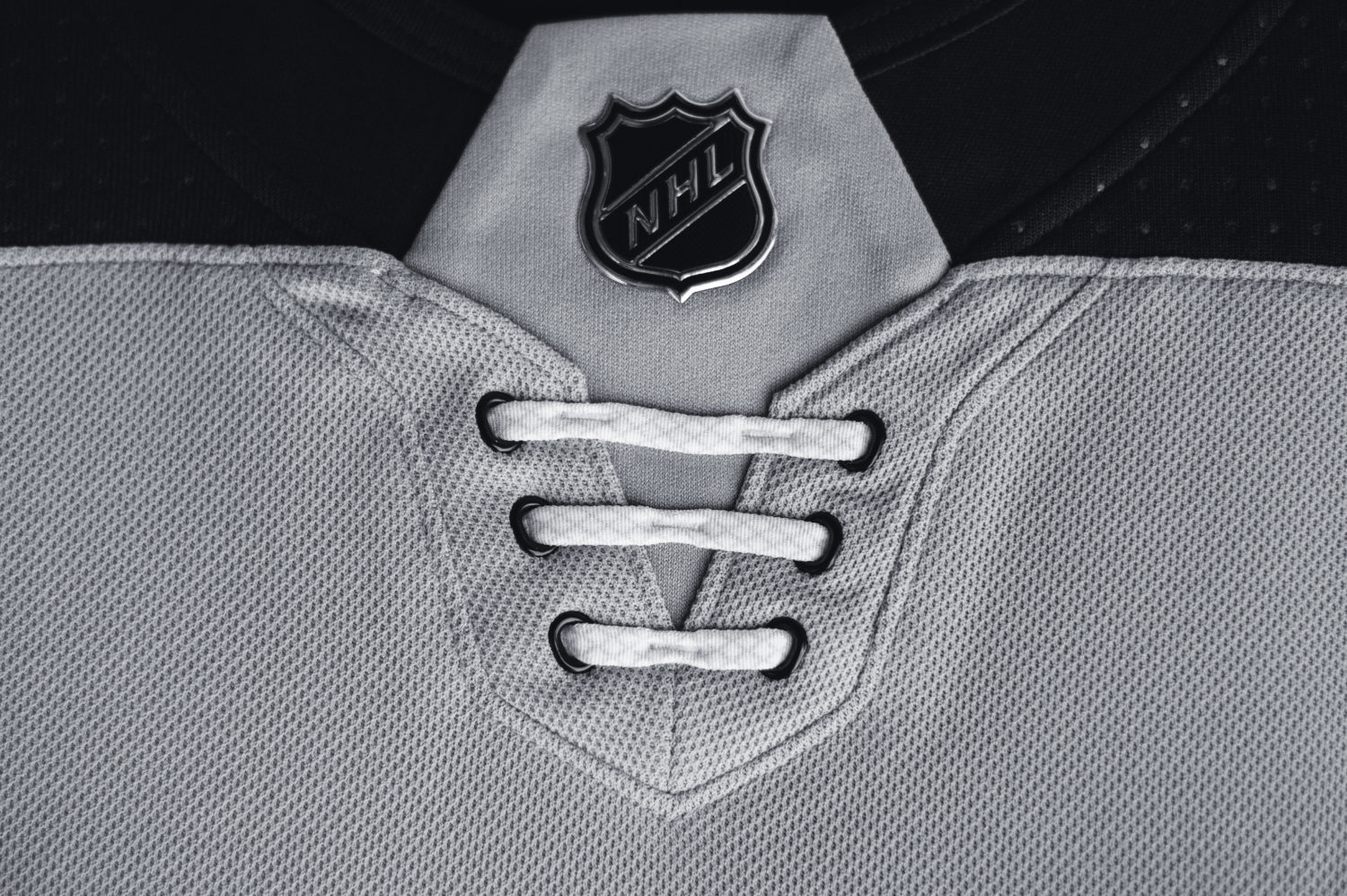 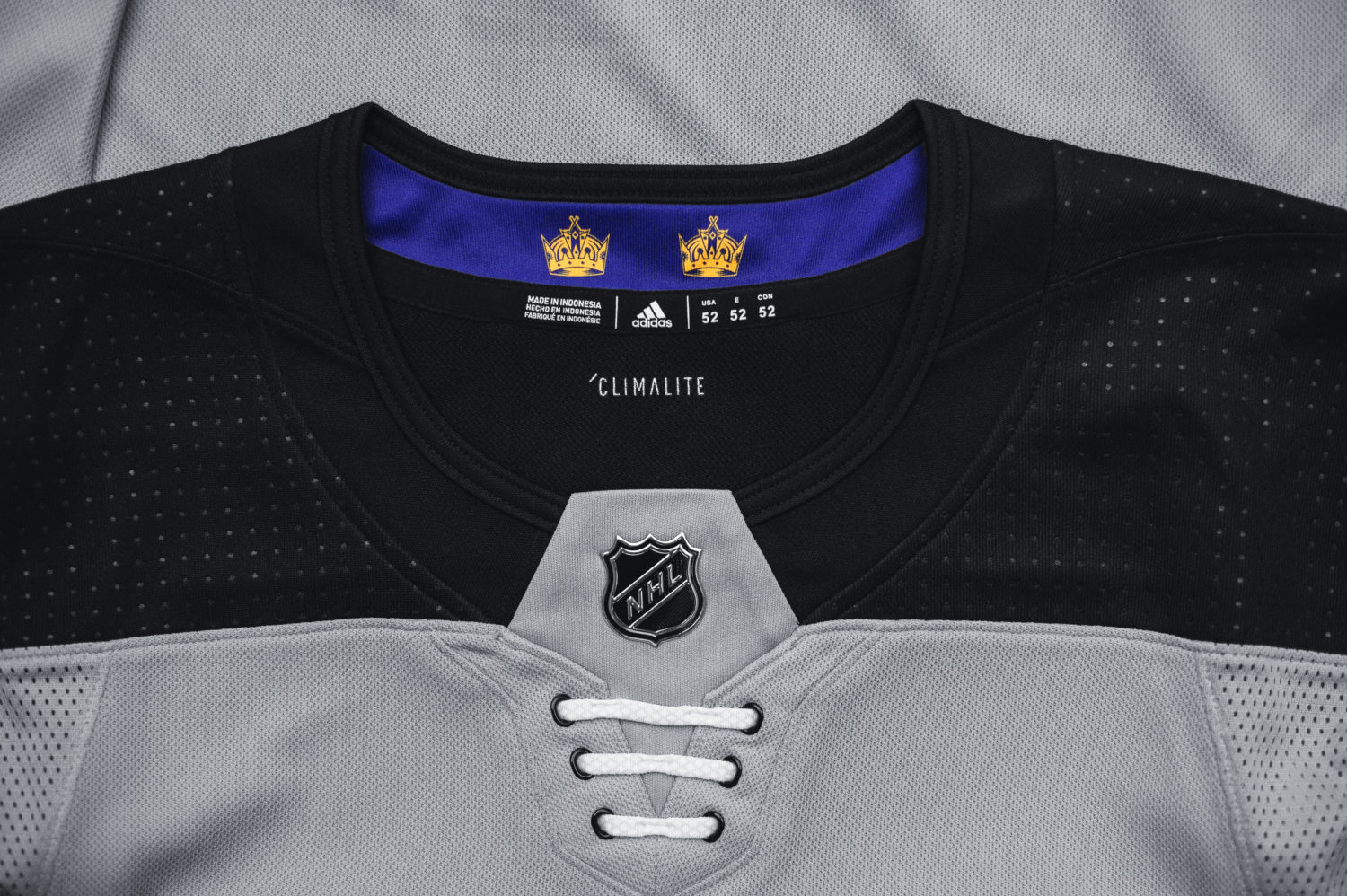