Waking up with the Kings: November 18 - LA Kings Insider

Waking up with the Kings: November 18

There was no reason to find fault in effort or emotional resolve, but as has been stated recently, if it’s not one thing, it’s something else. The LA Kings had terrific energy in Nashville and furthered the investment that had rightfully been questioned early in the season, but made mistakes with and without the puck, took untimely penalties that they could not kill off and surrendered too many scoring chances in a game they led entering the third period but ultimately dropped, 5-3. They didn’t look like the 31st place team at Bridgestone Arena, but this is a results-based league, not a style-based league. And while they got off to a strong start and were able to attack and again played with a badly needed raised pace, there weren’t 20 players pulling on the same rope, and the Predators took advantage of a team that had a good 13 or 14 players going for the Kings but not 18 plus the goalie. If it wasn’t for Cal Petersen, Nashville could’ve put a much more crooked number than five on the board. 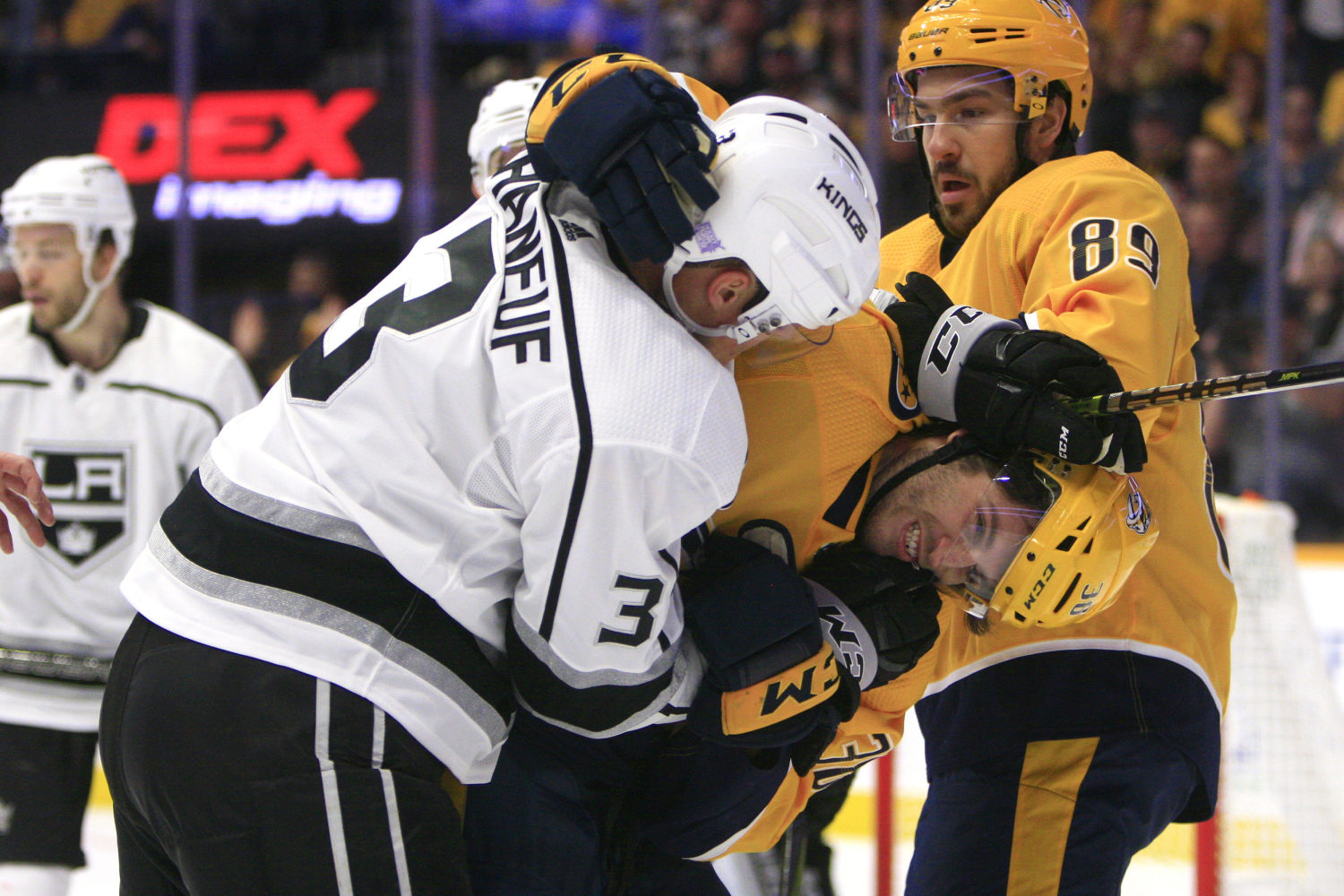 First, the good: Willie Desjardins will reward players who give him a reason to be rewarded, and right now that’s Nate Thompson. While neither Michael Amadio or Kyle Clifford played more than five and a half minutes, their center was moved up the lineup and recorded 1:54 of power play time. That’s not likely going to be something that’s going to be reprised over and over again, but Thompson made the most of the opportunity by driving to the net to wreak havoc in front of Pekka Rinne and cashed in on a rebound immediately after the conclusion of the man advantage. Also, Anze Kopitar’s wingers did a good job of getting to the net, something that Desjardins had called for earlier in the week during a discussion about Los Angeles’ top center. “You’ll see plays where he’s one-against-three, and he’s getting out of it. So, it’s not that he’s still not making those elite plays,” he said. “I think that their line, they have to get to the net more. They’re not to the net enough. He’s looking to go to the net, and there’s nobody there. I think it’s up to his wingers to get and do that more. He feels comfortable with those linemates. Like, those are the guys he wants to play with. But for that to happen as a team, we have to have some results from him.” Both the Kopitar and Alex Iafallo goals were scored by wingers finding the right opportunity to get to the net. Kopitar, too, snapped out of a merciless five-game point drought that matched the longest of the season and of his career. If Kopitar doesn’t snap out of his funk, the Kings will settle into their current standings spot. With two points, three shots on goal and 16 faceoff wins, Saturday’s game was a step in the right direction. “It’s extremely frustrating going from an MVP nominee to barely getting any chances,” he said Wednesday. “But I’ll correct it. I have no doubt in my mind that I’ll correct it.” 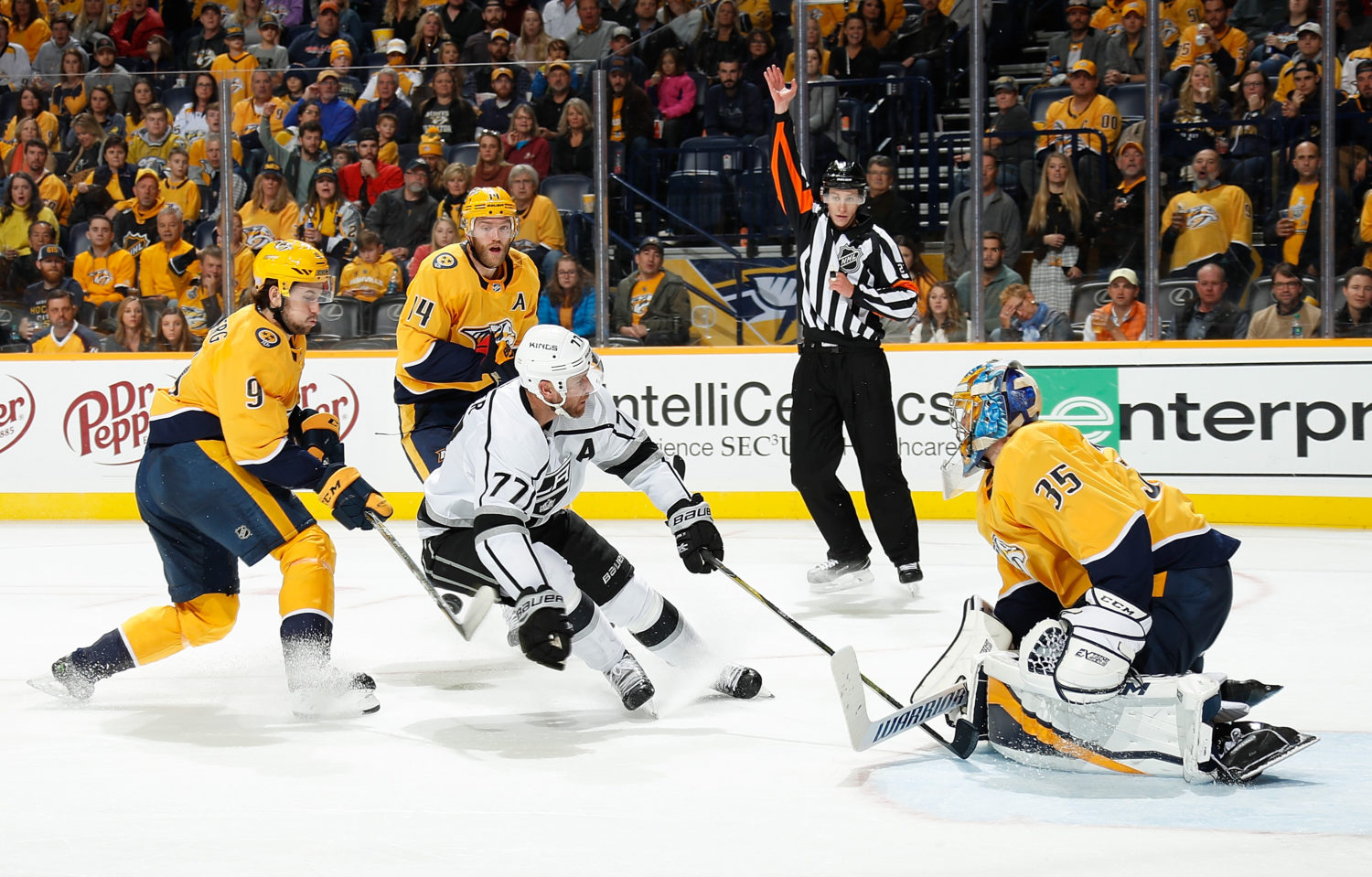 He only logged 8:49, but Matt Luff was again effective in limited time. He had a prime opportunity to establish a two-goal lead early in the third, but it’s a good thing he’s getting the chances. Luff also made a smooth play along the boards to put himself in position to win a perimeter battle before flipping the puck into the neutral zone, which led to some time at the other end. He took two shots on goal and again used his speed well alongside Adrian Kempe and Carl Hagelin. 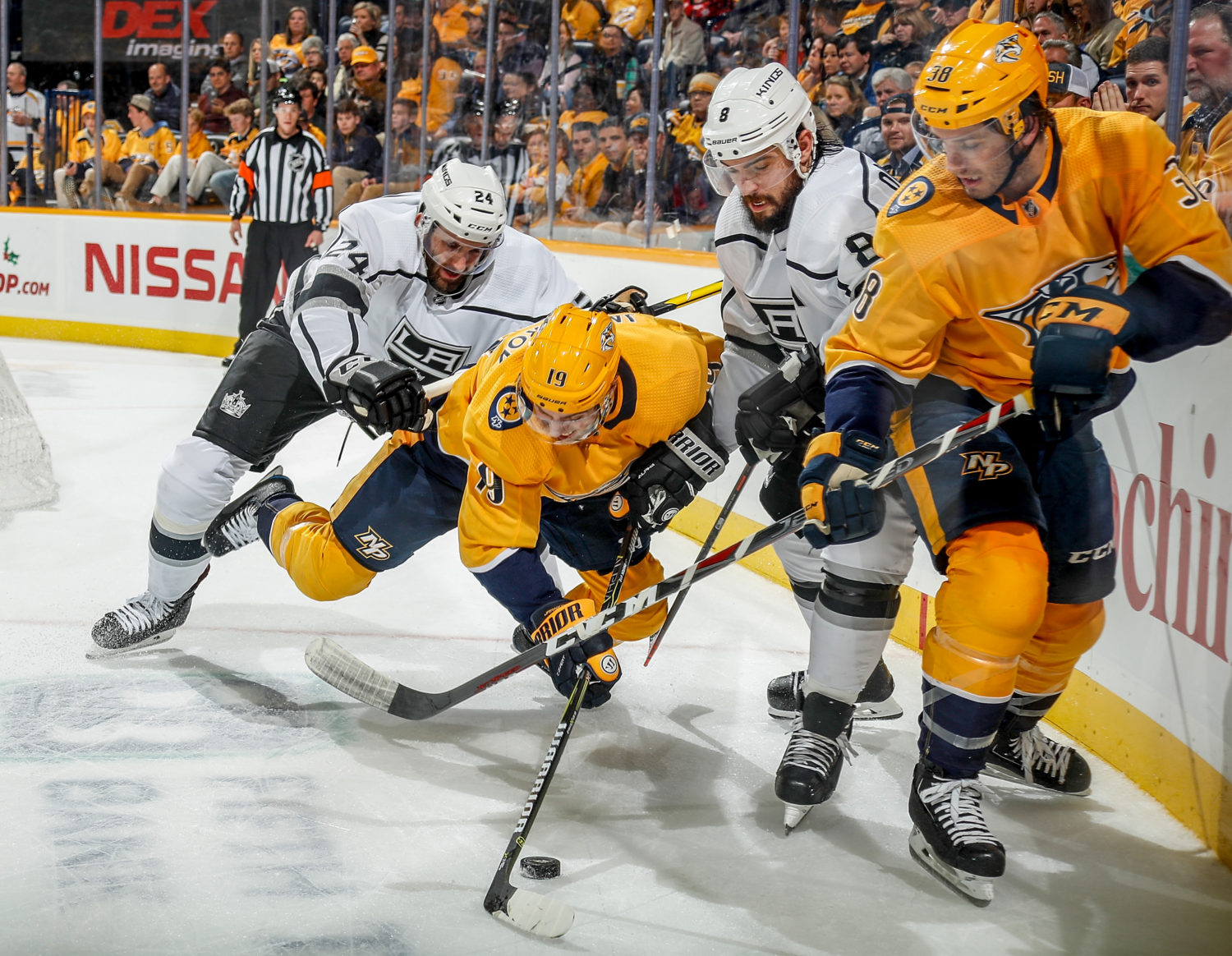 And now, the bad: Derek Forbort and Drew Doughty had another rough go. Forbort’s a good skater, so it was a surprise to see him flat-footed when Nick Bonino sidestepped him and was tripped up, leading to a power play chance that Kyle Turris cashed in on, and was in the penalty box for Calle Jarnkrok’s second goal of the night. All five minor Los Angeles penalties were taken by defensemen who have roles on the penalty kill, which led to a 2-for-4 Nashville performance. Right when it seemed like the kill was coming around, the Kings have combined to go 8-for-13, with all the damage coming against the Leafs and Preds. With a power play that’s 0-for-6 over that span (and now scoreless in five straight games), special teams are again sinking a teetering ship. 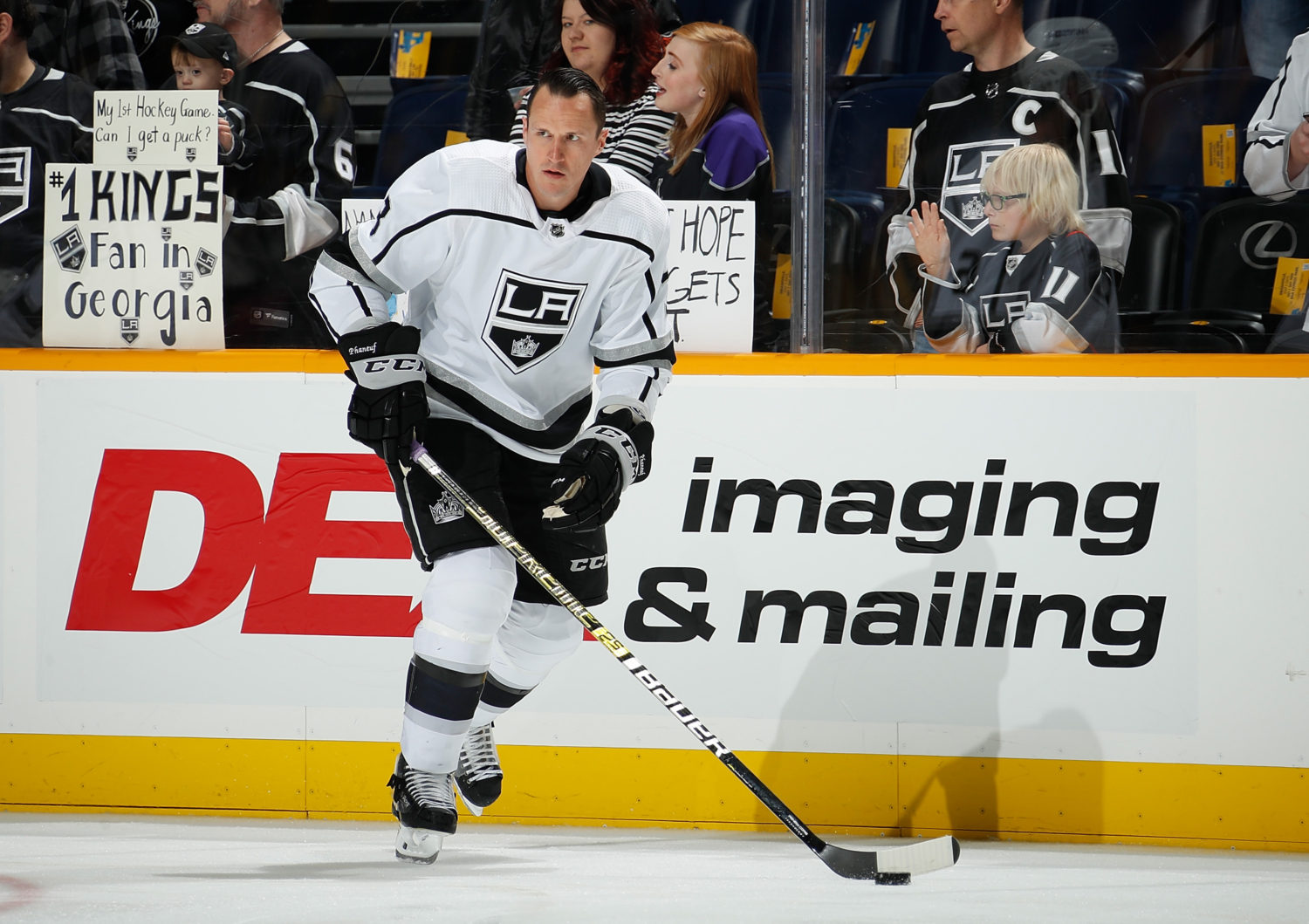