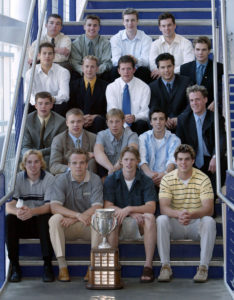 When the lineups are submitted at Bridgestone Arena on Saturday, Dion Phaneuf will officially be credited with his 1,000th NHL game, becoming the 326th player in NHL history to reach the silver stick milestone.

The LA Kings will honor Phaneuf prior to Wednesday’s game against Colorado, and that’s where his friends and family will be. He’s a little bit superstitious, so they didn’t travel to Nashville for tonight’s tilt. “But my parents were in this building when I was drafted, so it’s kind of cool,” he said. “I was talking to my dad on the way over and he said, ‘It’s pretty cool you’re playing there.’”

Phaneuf admitted feeling waves of nostalgia in the lead-up to tonight’s game, and while acknowledging those who came before him and bestowed him with advice in both life and hockey, also credited the Sutter family, with whom he became intricately close, first as a member of the WHL’s Red Deer Rebels, owned and coached by Brent Sutter, and second as a Calgary Flame while Darryl Sutter was the general manager and head coach. There have been some whispers that a Sutter or two may be present Wednesday night.

Entering tonight’s game, Phaneuf has totaled 136 goals, 489 points and 1,307 penalty minutes in 999 career games. He’ll become the 55th player to have played for Los Angeles to reach the milestone and the 21st player to reach 1,000 games in a Kings uniform. Last year, Marian Gaborik and Dustin Brown received silver sticks as Kings, while captain Anze Kopitar is currently 61 games shy of the mark.

“I’ve had a few stops along the way, but I’ve enjoyed every minute of it,” Phaneuf said. “I want to play as long as I possibly can, but I think on days like today you reflect back and it puts everything into perspective. It’s been incredible and I’m very lucky to do what I do and I’m very lucky to do it for as long as I have, and I want to continue to do it, so I owe a lot to the game. It’s been great to me and I’ve enjoyed the journey.” 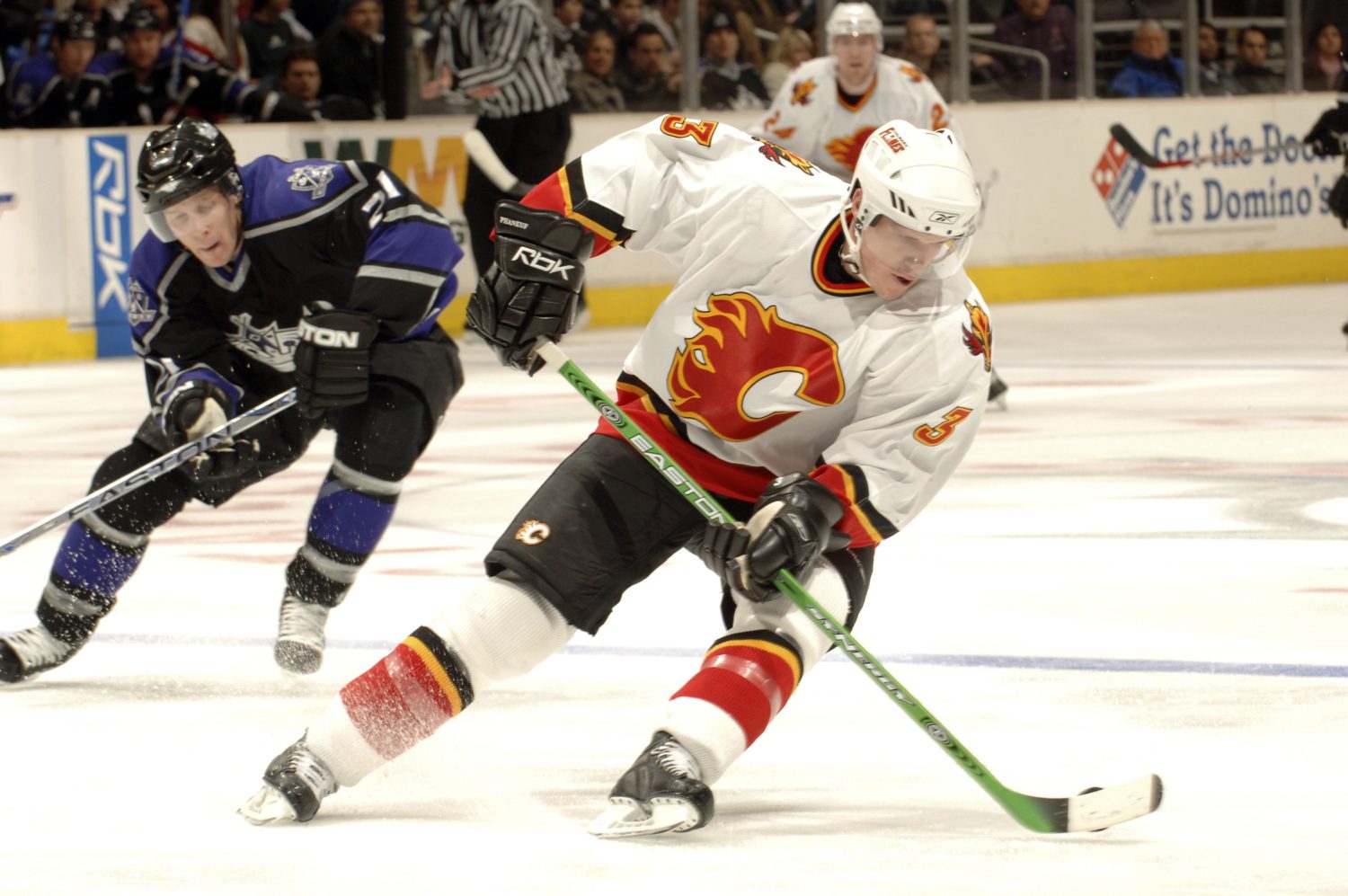 Dion Phaneuf, on the origins of his journey to 1,000 NHL games:
Well to be honest with you, it’s pretty special to be able to play in my 1,000th game and in the place that I was drafted. My NHL draft was here and I still remember sitting up in the stands waiting for your name to be called and me being an Alberta boy, grew up in Edmonton, to be drafted by Calgary the only thing that would’ve been better growing up was playing for the Oilers, but when I was drafted to Calgary I remember all my family and friends they changed over pretty quick. I go back and look back on everything and it started in red gear. I owe a lot to Brent Sutter who was my coach and General Manager and Owner of the team there. I remember him saying when I was younger and playing junior for him, I remember how he tried to run his organization as close to a pro organization as possible to make us know what it took. I think I learned a lot at a young age, both work ethic and day after day doing it and doing it right, so it started there and then obviously when I went to Calgary and started to play pro, I was playing for his brother Darryl, so I was with the Sutters for a long time. They were hard on you, but they were fair and I owe a lot to them and to my teammates that I’ve played with over the years. If I’m to look back in my days in Calgary, they start out with them bringing Bryan Marchment to help me as a young guy. We went to the rink together every day and my partner was Roman Hamrlik, so I got to play … with those two. Near 900 games and they played a long time before I ever started. I think I learned a lot from those guys and then Jarome was always a great leader. Just the way he conducted himself off the ice, the way he conducted himself with people. 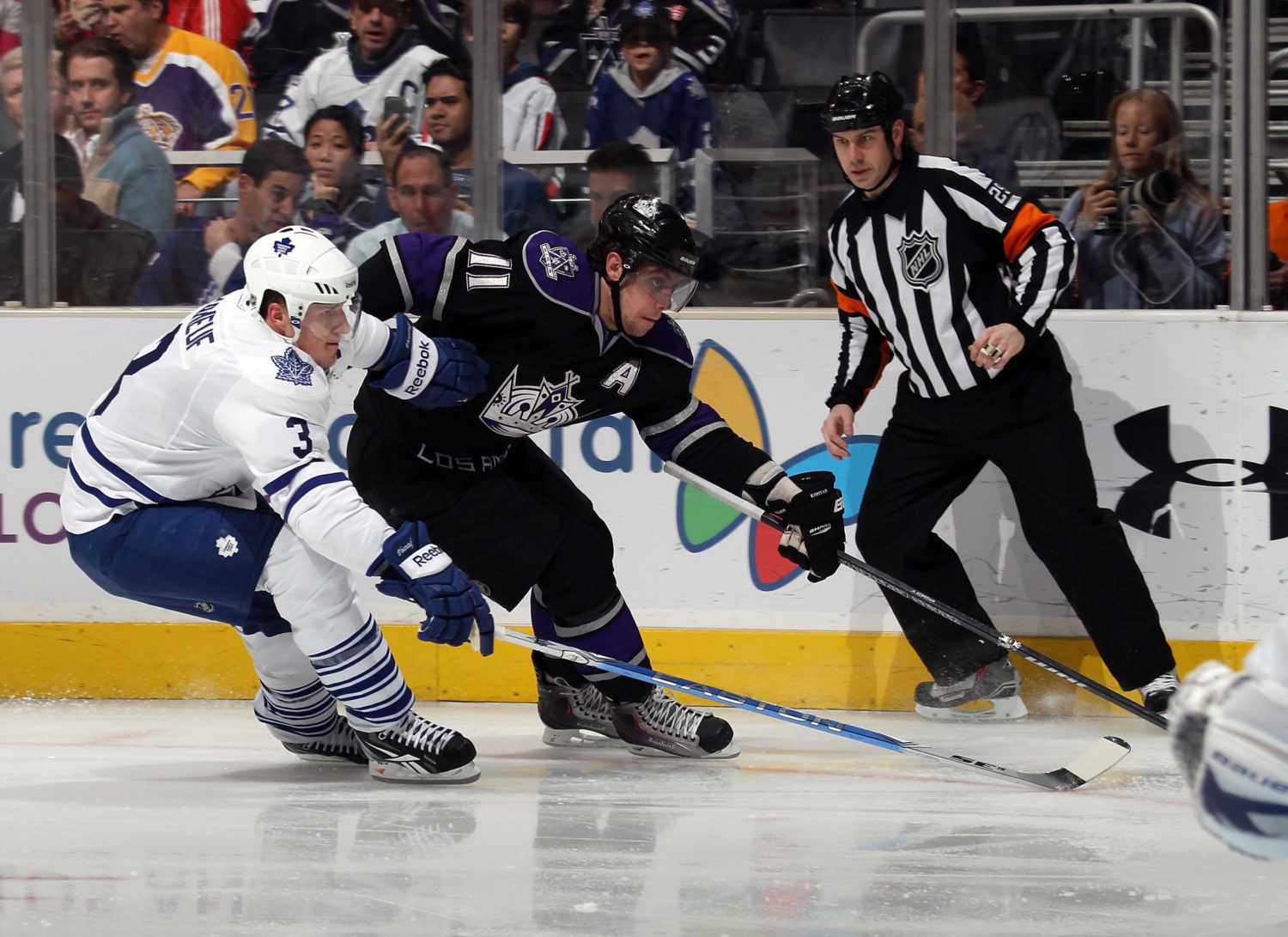 Phaneuf, on other influences in his career beyond the Sutter family:
Well, my parents. I owe it to my parents. They sacrificed so much, not only financially, but with their time and every hockey parent they take you to the rink at early hours, they miss work, they go on trips so for me, my mom and dad, they were there since the beginning. My dad always had a backyard rink with me in Edmonton. It’d be minus-25 and he’d be up flooding it, so I definitely owe a lot to him for putting the ice in and for allowing me to learn how to skate, so for me it’s about my family and where I started the game in Edmonton, and now I’m here playing the game in Los Angeles, so it’s a long way away, but it goes by quick. It really does. Jarome, I think he told me going into my first year, he’d been in the league for close to ten at that time – I think ten or maybe just below that – and he said, “it flies by, enjoy every minute of it.” And it really does. 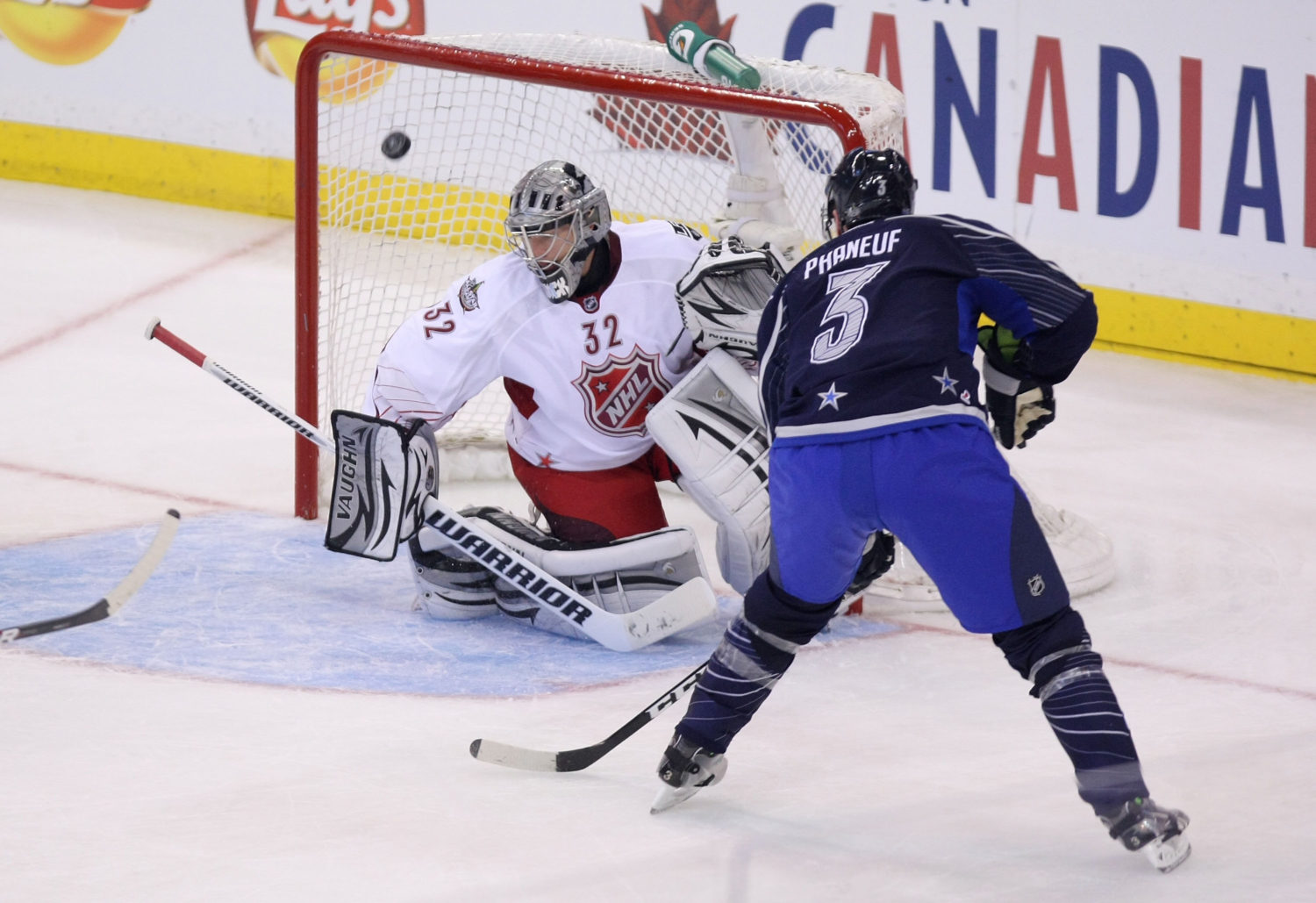 Phaneuf, on his renowned charitable work:
I’ve always been involved with Children’s Hospital. When it started in Calgary, I used to get tickets for children and their families there and then I went to Toronto I had a program there called Phaneuf’s Friends and from there I did it again in Ottawa and I had Phaneuf’s Friends in Ottawa as well. So, I always tried to involve kids … , get them out of the hospital for a day and get them to a game. It’s always been something for me that’s important. Those are the main ones that I’ve done through hockey. My Phaneuf’s Friends was something that to me was a very important thing and we’re in a position to give back and to allow younger children, children that are in the hospital fighting a much bigger fight then we go through playing this great game. So just to get them out of the hospital whether their families get them out or get their mind off of things and see a smile on their face meant everything to me. 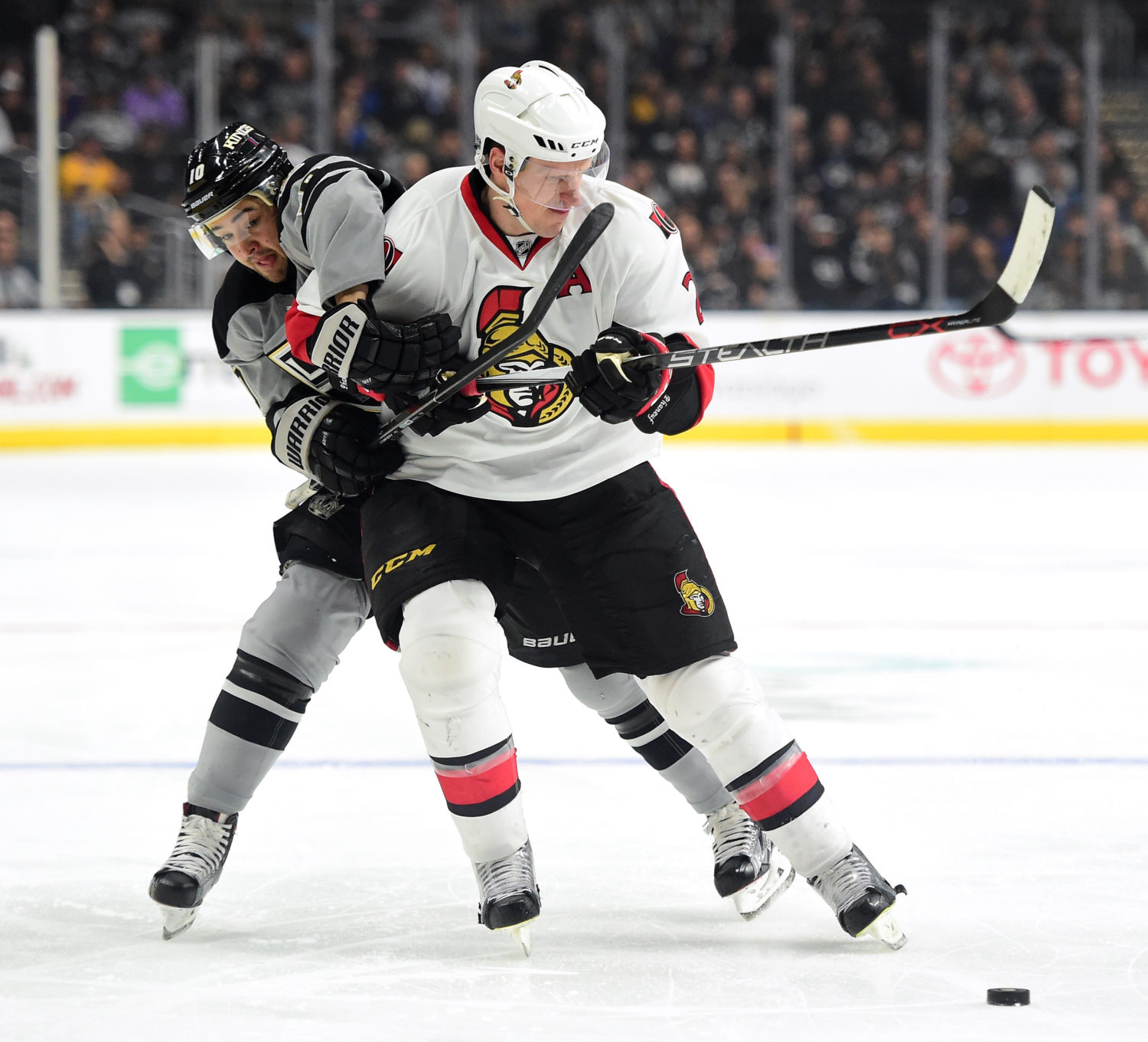 Phaneuf, on the strangest thing he can recall from his first 999 games:
I remember in Colorado we had a game cancelled because of a snowstorm and we were in the hotel at the Westin in Colorado and the Palm Steakhouse was there and both us and a few Phoenix Suns were there and I remember the game getting cancelled and all the roads were getting shut down, so they were starting to run out of steaks and food. Both teams were going there two nights in a row and we couldn’t go anywhere else, so we see both teams down there and by the second night, they were running out of different options on the menu because they couldn’t get food in, so that was kind of unusual. 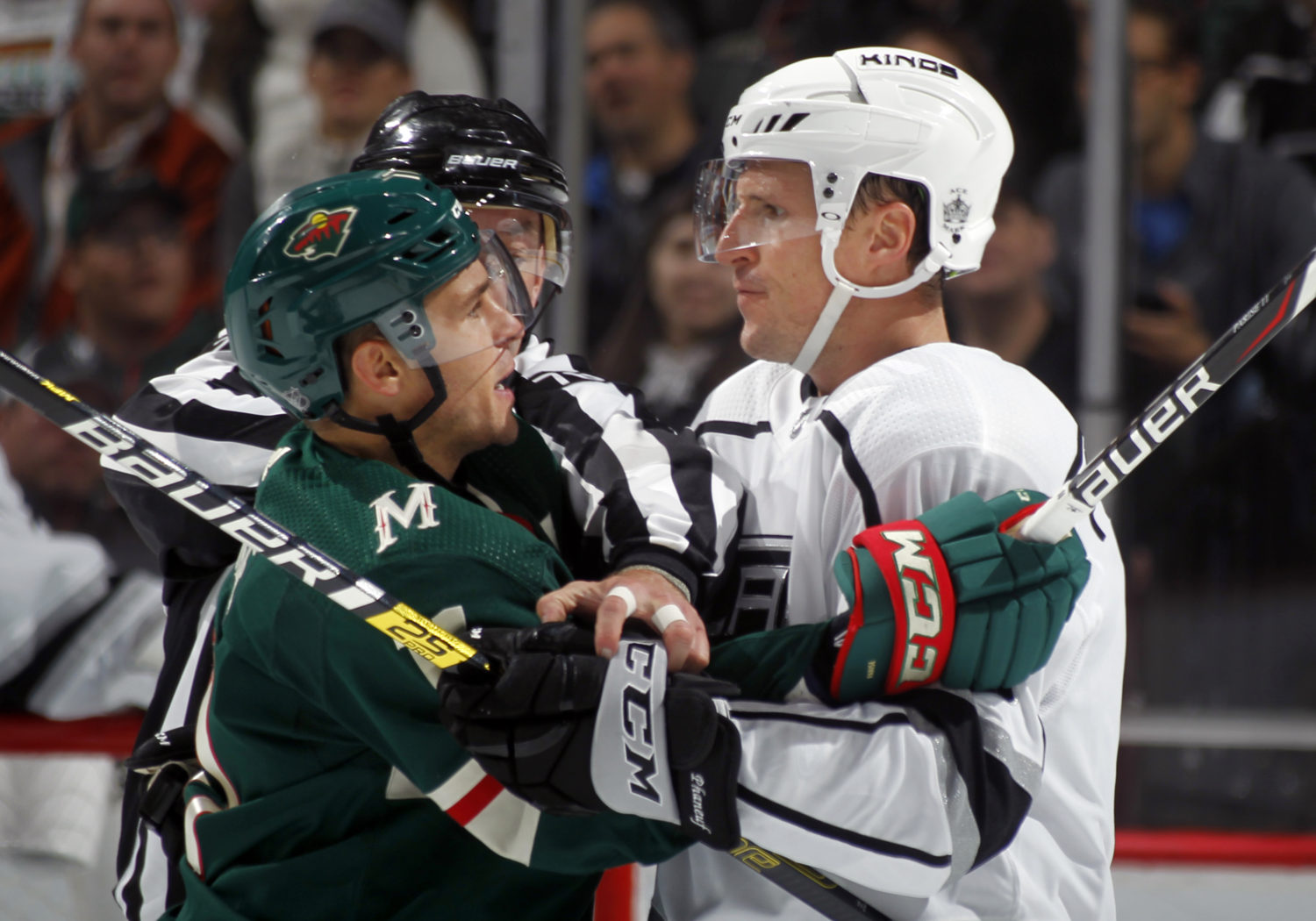 Phaneuf, on advice that has resonated with him during his career:
To be honest with you, I couldn’t really pick one thing. I think it was obviously a foundation down by Brent Sutter when I was in junior, just about work ethic and being a professional every day. I think that really stuck with me when I started to play at this level and then for me, it’s all about your teammates. This is such a great game we play and you have these bonds with guys that you play with and you compete with and it’s a special bond with your teammates and the training staff. There’s so many things that go into a player being able to play a long time in the league. You’ve got to have a good support system, you’ve got to have support around you, but within the organizations I’ve played for it’s the coaching staffs, the training staffs, the equipment managers, every guy really helps you. Whether it’s your skates being done by Grange here or Kinger in the back keeping you as healthy as possible, I’ve got a lot of people to thank and I remember. I sit back and I think about it, I remember every coach I’ve had and I’ve enjoyed learning from all of them. I think you pick up little things along the way, so I respect the coaching staffs that I’ve had. I thank the training staff so much because without them — everyone makes it work. I think that’s something that gets overlooked a lot is that the people behind the scenes that help us as players do our job. I think that gets missed a lot. For me, I always like to recognize the coaching staffs, the training staffs, the equipment managers, the guys that really put in a lot of work behind the scenes to allow us to play. 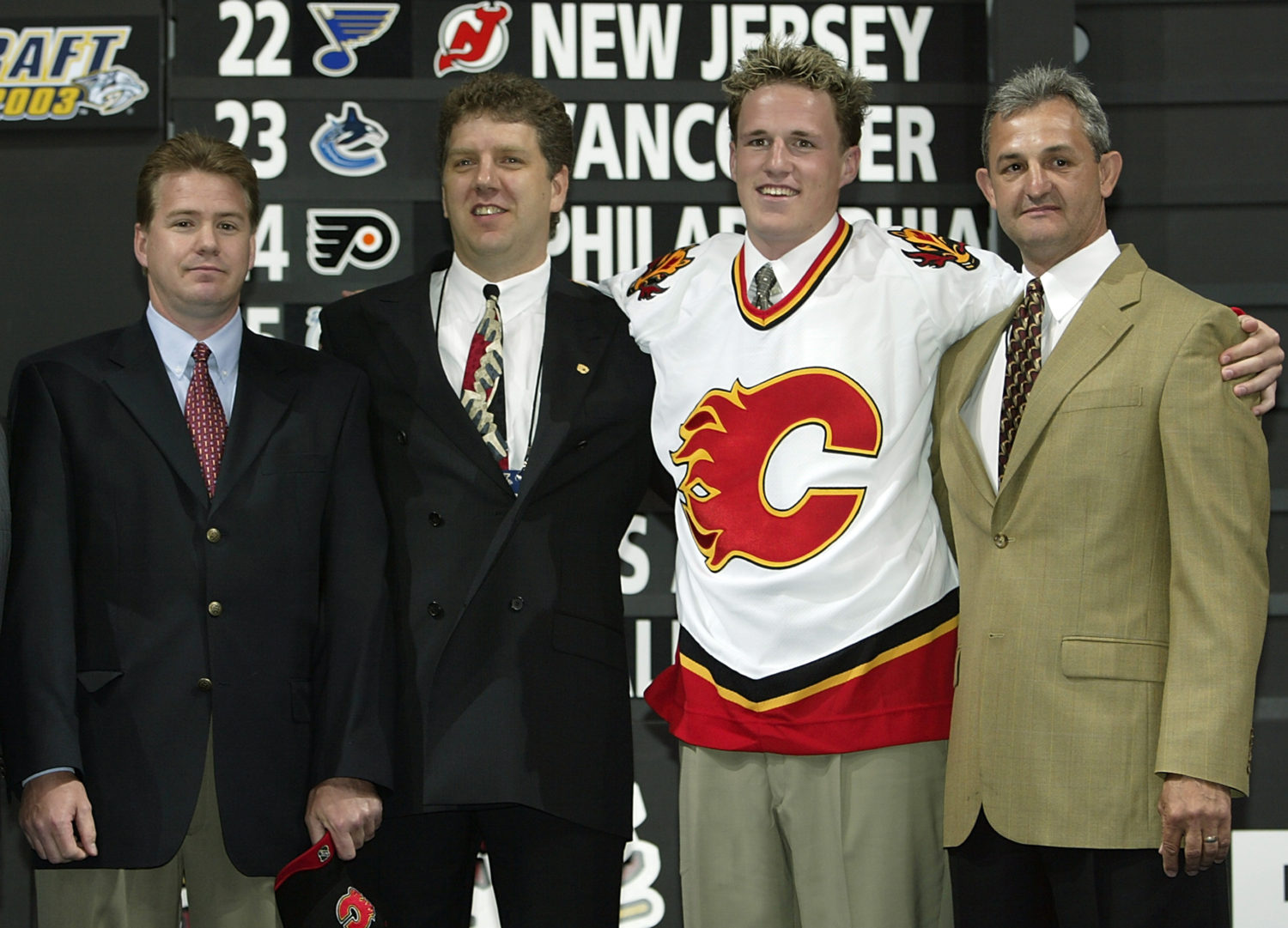 Phaneuf, on the toughest players he ever played against:
A funny story is I was in the battle of Ontario for a long time and Chris Neil and me would always battle. He was always such a competitor and he always wanted to — we had multiple run-ins on the ice and we never fought physically, but physically … he was a big hitter, and I was a big guy and we had multiple run-ins and I remember when I got traded to Ottawa, like, ‘man, I’ve got to go in this room after.’ Actually, every team I go to I’ve got to go in this room after. I’d be like, ‘Jeez, sorry about that cross-check, sorry about that hit.’ And I go down early because I was going down to the rink early to get my equipment fitted. When you get traded you’ve got to get all of your new stuff and you want to feel ready for the skate, so I’m down there early and I walk into the restaurant in Detroit and there’s not one other person in there except for Chris Neil. So, I walked over and had breakfast with him and it was actually a conversation for a long time, for my life actually. I said, ‘man, we had lots of battles.’ He goes, ‘yeah I used to hate you, but I love having you here.’ And I said the same thing. ‘I love playing with you.’ So, he was a guy who really played hard and I’ve got a lot of respect for him. He played over 1,000 games in one organization and doing it in a really tough way. He stuck up for his teammates and played the game hard, so I’ve got a lot of respect for him.

Prior to playing in his 1,000th NHL game tonight, Dion Phaneuf spoke with Hall of Famer Nick Nickson and #LAKings media in Nashville this morning.