Hockey can be a funny game.

Sometimes you earn a point or a win when you don’t deserve it. Sometimes you can dominate a game and come away empty. Tonight wasn’t a full example of the latter but certainly trended that way. The Reign held Milwaukee to just 17 shots on goal, the fewest by eight they have allowed in a game this season. Ontario posted 25 shots of its own, in addition to one post down the stretch – The majority of the third period for the Reign, at least the final 18:15 once the score moved to 2-1, felt in need of a moment or a bounce, one that never came and thus a 2-1 loss on the final box score.

After a fairly even start to the game, Milwaukee scored the lone goal of the opening period, a goal from forward Eeli Tolvanen, which was ruled as a goal on the ice and upheld after video review. Tolvanen, streaking down the left wing, connected with a feed from Anthony Richard and put it off of the back post and out, with the extremely quick bounce out causing some concern that it was a goal, which it was correctly ruled that it was.

The Admirals would, however, have one disallowed in the second period – While the hosts put the puck into the Ontario net, it was ruled that Reign netminder Charles Williams was interfered with on the play, bringing the 1-0 scoreline into the third period.

Ontario knotted the game at one just 45 seconds into the third. Forward Philippe Maillet threaded the needle with a feed through the slot for Austin Wagner, who redirected the pass by Milwaukee netminder Troy Grosenick low on the right side for his second goal of the season. The tie game was shortlived, however, as forward Connor Brickley restored the Admirals’ advantage exactly 60 seconds later, converting a rebound from close range.

Ontario had its opportunities down the stretch. Brett Sutter collected a Sheldon Rempal rebound from close range and hit the left post. Sean Walker narrowly missed the top corner after a nice move to get into a dangerous area, moving in from the right point. The Reign had a 6-on-4 power play with a minute to play in the game, one of five on the evening, and weren’t able to convert. Sometimes, despite playing pretty well, you come up empty as the Reign did tonight. As the old cliche goes, you can’t win ’em all.

The team flies back to California tomorrow morning for a well deserved afternoon and evening of rest. The team is scheduled to be back on the ice Monday and Tuesday, before the So-Cal Series resumes on Wednesday evening with the first matchup of the season in San Diego. Puck drops at 7 PM.

Mike Stothers on the game as a whole and not being able to find that final bounce to tie the game
You know what? I was very happy with the way we played. Especially, back-to-back and a long night of travel, the hours that we got in here, I thought we did a lot of things right. If I’m correct, I haven’t gotten the final sheet, I think we held them to 16 shots [the scoreboard read 16 at the end of the game, later adjusted to 17 on the final box score], so we’ve got to be doing something right. We talked to the guys after the game and said we’re making some real good strides here. The reason we’ve had some success lately is because we’ve given ourselves a chance to win. We’re not giving up as many shots, we’re not giving up as many odd-man situations, we’re not turning the puck over like we were before. We’re finding assignments in the d-zone and we’re still managing to score. Now, we didn’t score enough tonight but we had some opportunities, it’s just one of those ones where you’ve got Grosenick, he’s an AHL All-Star goalie, and it’s a one-goal game and it comes down to a bounce. I’m real happy with it. I think it’s something we can really build on and carry into next week and get ready for Wednesday’s game against San Diego.

On going 0-5 on the power play after going 3-5 last night, despite having opportunities
That’s just the way the game goes. Sometimes, special teams finds the back of the net if you’re on the power play and sometimes on your penalty kill, you give up goals. That’s why as I said to you yesterday, you can’t let your emotions take over and get too carried away with a night where you go 3-for-5, because you’re not going to do that every night. And here we are talking about it not even 24 hours later because it was a 6 o’clock start.

On whether you can take pride after a game like this, despite not getting the win, being a better played game than some of the losses earlier in the season
Sure – Milwaukee had to work to earn the win, the two points. We made them work for it. There were some games earlier in the year where we were down four-nothing before the ten-minute mark. To me, that’s a bonus right there. We’re going to have games like this, it’s part of the learning process as well. It’s going to be a tight game, it’s going to be every bounce, every mistake, every decision is magnified, it’s good. Obviously we would’ve liked to have gotten at least a point, but we still feel like this was a successful road trip, still feel like we’re going in the right direction. We’ve got some good growth within our team and we’ve got a good collection of guys, it’s a good group. You know as a coach that there is potential, because it’s such a good group. 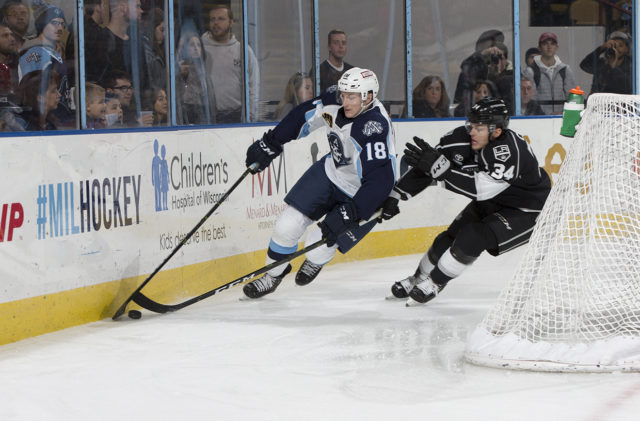 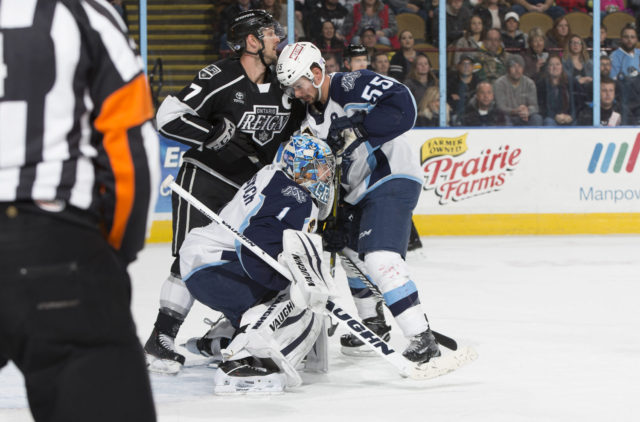 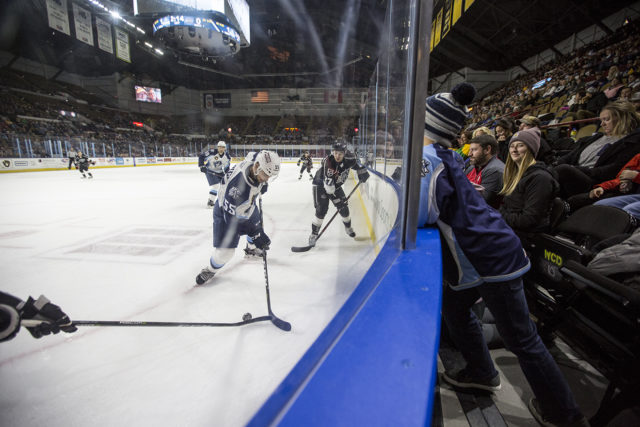