Waking up with the Kings: November 9 - LA Kings Insider

Waking up with the Kings: November 9

After a comfy, cozy landing spot Tuesday night against a reeling Anaheim team beset by injury, the LA Kings faced a tougher nut to crack Thursday against Minnesota. Want to feel not-so-great about your game? Play the Wild, who didn’t allow too many second or third sniffs in front of goal and protected Devan Dubnyk well, as is tradition. Interestingly, the players I spoke with after the game generally liked what they saw. They generated quality chances and, other than a dreadful second period, pushed the direction of play at five-on-five. The numbers, heat map and scoring chances, courtesy of Natural Stat Trick, largely depict this. And while there wasn’t one major turning point in which the nature of the game changed, there were two developments in the first period that led Minnesota to a hard-fought road victory. Los Angeles was unable to build on its lead during a first period blitz, and Dubnyk using a sliver of his blocker to deny Anze Kopitar’s give-and-go with Dustin Brown served as a highly impactful moment in the game, which allowed the Wild to find their footing when Nino Niederreiter scored on the power play. The Kings out-chanced the Wild 14-4 at even strength, a discrepancy that included a 6-2 high-danger chance differential. That the first 20 minutes ended 1-1 was a major win for the visitors, who came out strong in the second and buried the game-winner. In a narrow, evenly played game, Minnesota won the special teams battle and got more from their top players. 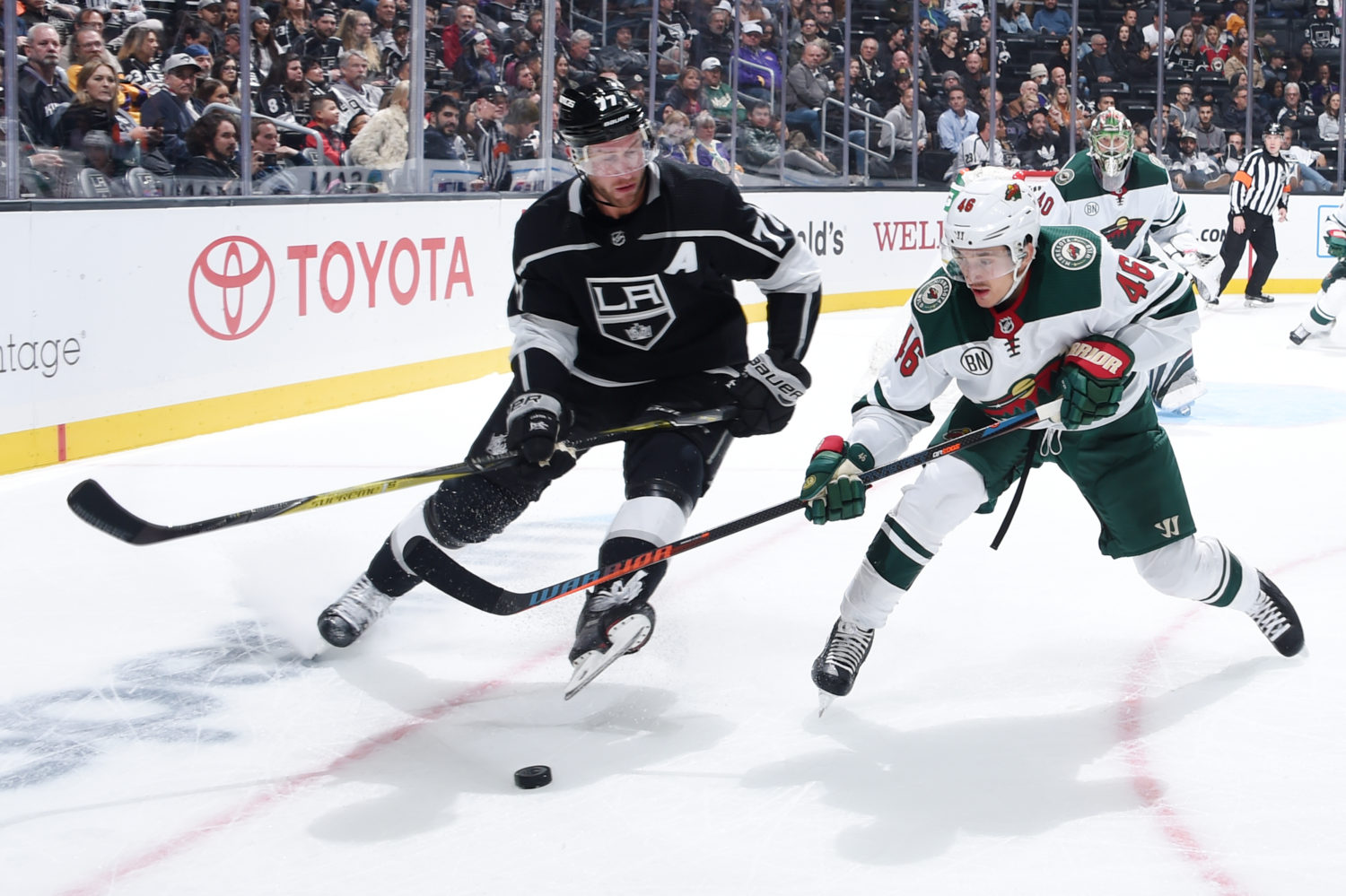 Speaking of which, at what point do we have the conversation about Kopitar? About Drew Doughty? (I do believe this conversation has probably already begun in some corners.) If Kopitar arrives at the net a tenth of a second earlier, or if any other micro-variable allows him to bury that puck, we’re not opening this discussion today. But he didn’t bury that puck, and Los Angeles’ most important player and a reigning Hart Trophy finalist currently ranks sixth on the league’s lowest scoring team with six points. On Zach Parise’s game-winner, Niederreiter’s forechecking hastened Doughty’s release of an end boards feed to Dion Phaneuf, generally the type of play that Doughty excels at making – or one that he’ll avoid altogether by moving his feet and creating some space away from the pressure. Mikko Koivu positions himself so well, and that’s not the group that you want bearing down on you when a defensive zone turnover is made. But 15 games into the season, the two highest profile Kings players are yet to distinguish themselves, and Kopitar’s 22:36 per game, which should ultimately come down, is the highest ice time he’s received in his career by over half a minute. Would Los Angeles benefit by bringing that average down by 30 seconds? By a minute? 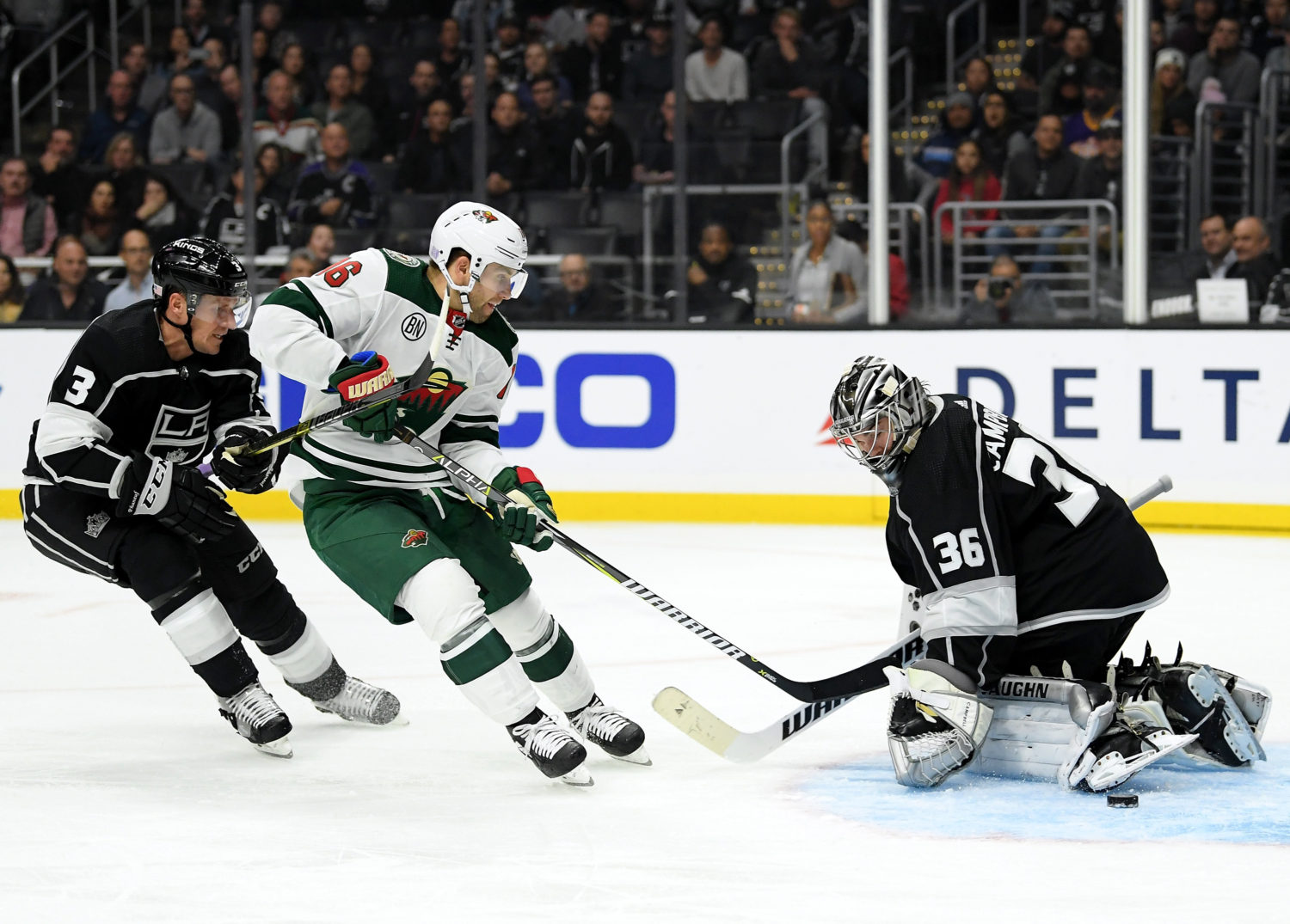 The LA Kings’ sellout streak, which ended last night at 297 games, was not built out of artifice or one individual star joining the team or any sort of ephemeral, here-and-gone flash of transience. It was constructed after an arduous rebuild, which was followed by tremendously great heights and is embodied in the relationship between the fans and the organization as represented by seven years of sellouts. For that, the team is profoundly appreciative and thankful. And just as the team has come together to celebrate the zeniths, together we joined in unity on Thursday when our own backyard was struck by the latest bout of senseless gun violence. Whether due to natural or man-made disaster, Kings fans’ generosity at joining with the club to help those less fortunate and whose lives are forever changed in the blink of an eye is a representation of the special relationship between the fans, the team and the city. “I think at some point, we all looked at each other and said, ‘it’s enough. This should be enough,’” Kings President Luc Robitaille said. There are no easy solutions or decisions when trying to end these mass shootings, but civic institutions and sports teams making statements such as Thursday’s demonstration go well beyond the expressions of thoughts and prayers. It was an important stance for the Kings and Wild to take. 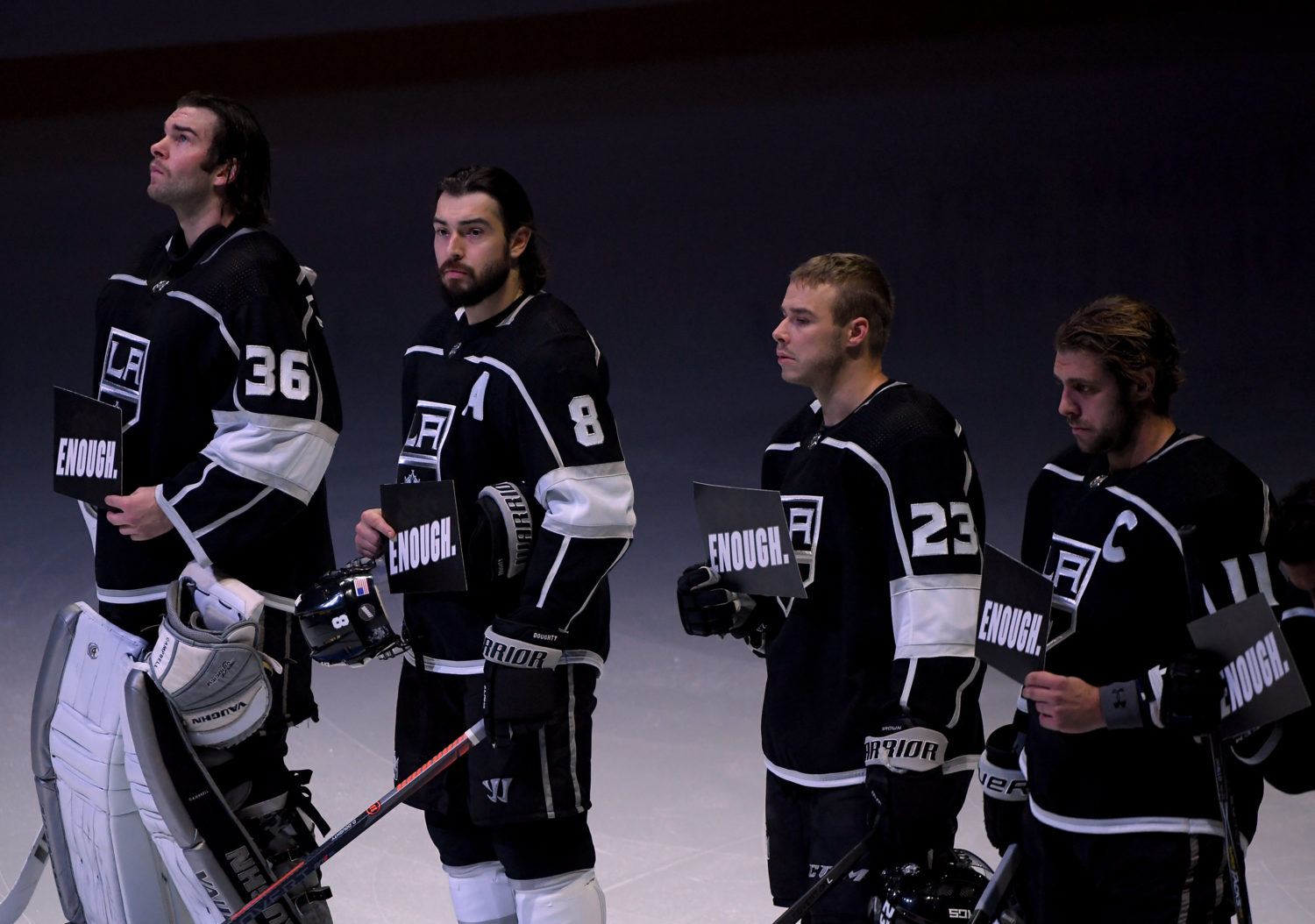