So, let’s face it. This isn’t the hippest Teach Me feature. “So, Tyler Toffoli,” I said in my most nasally voice, “do you prefer broccoli or cucumber?”

The pursuit to properly prepare professional athletes obviously goes well beyond simply making sure that they eat their veggies. Eating healthy is part of a wide and comprehensively expanding universe in which teams will do much of whatever is possible to ensure that their players are performing to their peak physical limits of endurance and explosiveness. In an increasingly hands-on endeavor, teams will often hire their own nutritionists – Kristy Morrell, who also works with the USC athletic department, is the Kings’ official Sports Dietician – who help plan daily meals and will work with players individually, even to the point of providing lists of the foods they should keep in their house and taking younger players shopping at supermarkets. Whether at home or on the road, at a hotel or on a charter flight or at Staples Center, the Kings are responsible for providing about 75% of the players’ meals, and Morrell has done a good job auditing the meal plans and working with the team’s chef at Toyota Sports Center when anything needs to be adjusted. All players are different. Some want to get leaner, some need to add muscle mass to their frames. Some have significant food allergies. What might work for Jeff Carter might not work for Oscar Fantenberg. Likewise, what might be appropriate to eat one day might not be appropriate the next. To recover from games, a higher carbohydrate intake may be needed. When players need to repair tissue in their bodies, they’ll consume more protein.

The NHL is sometimes referenced as the Never Hungry League, a colloquialism that is particularly apt on road trips. For a typical road game day, the ballroom in which the team eats breakfast will often open at 7:30 a.m., and after returning from the morning skate, there will also be a lunch, a pre-game snack, and, if the team returns to the hotel that night, a post-game team dinner. This is in addition to the fruit and granola bars available at check in and in the hotel suite the players relax and unwind in, and the post-practice lunches on non-game days.

“We have breakfast [on the road], it’s standard,” Toffoli said. “There’s eggs, there’s an omelet station for us. There’s scrambled eggs, sausage, bacon, and then for the guys like Carts and other guys who can eat whatever they want, there’s French toast and pancakes. We’ll then go to the rink and practice, and we’ll come back, and honestly, you wouldn’t even believe how much food there is. There’s like five different types of pasta, there’s different types of vegetables, and then there’s chicken, salmon and turkey meatballs, and then there’s different sauces and stuff for you, as well.”

These set-ups are also available at home, where the Kings have catered breakfasts and lunches in the team’s private areas. It’s also different from the routines in junior hockey. Though junior standards are also evolving, eating post-game burgers and pizza is a familiar staple of post-game bus life on road trips.

Still, this is a winner, winner, chicken dinner league. Here’s Toffoli, describing the ins and outs of professional hockey eating habits. There might even be room once in a while for a cupcake.

Tyler Toffoli, on when he began to get a handle on responsible eating habits:
I think just as each year goes by, you learn what your body tells you – what feels good when it goes in your body, and what doesn’t. It’s those little things. Obviously, staying away from the fried foods and stuff. But, at the same time, I still eat bad food every once in a while, just because it tastes good. When I have a couple days in between games, it doesn’t really matter what I eat.

Toffoli, on whether he counts his calories or grams of fat:
During the season, I definitely don’t watch as much, only because we’re practicing every day and playing, burning so many calories. But in the summer, it’s definitely one of those things where you watch. I know I try my best to stay away from all the bad foods and eat really clean, and you just kind of stay on top of it when you’re trying to get into your best shape over the summer.

Toffoli, on how many different ways he’ll eat chicken, pasta, rice and vegetables over a season:
During the season, when we’re on the road, it’s super easy. There are so many different options for us, for pre-game meals and stuff. In the summer, I don’t really eat a whole lot of pasta, carby foods like that. I kind of try to eat as clean as possible.

Toffoli, on the most difficult foods to give up:
Going from junior to the American league, it was just easy to have a McDonalds or something after a game, just because it’s on the way home, and when we were in junior at least, it’s later, you can also eat whatever you want when you’re 17 years old. But now, after games, I try to eat as well as I can as possible, and there are meals for us that they cook and that we can bring home, which definitely makes our lives a lot easier so you don’t have to go home and cook something up when it’s 11, 11:30 at night.

Toffoli, on whether players can still eat chicken fingers and fries from time to time:
Every once in a while, definitely. I don’t have a kid, so I’m not around it as much. All that stuff, it’s so good, and when you grow up eating chicken fingers and pizza and burgers and stuff, you’re still going to have it, but it’s definitely one of those things as when you grow older, you just realize you can’t eat it. 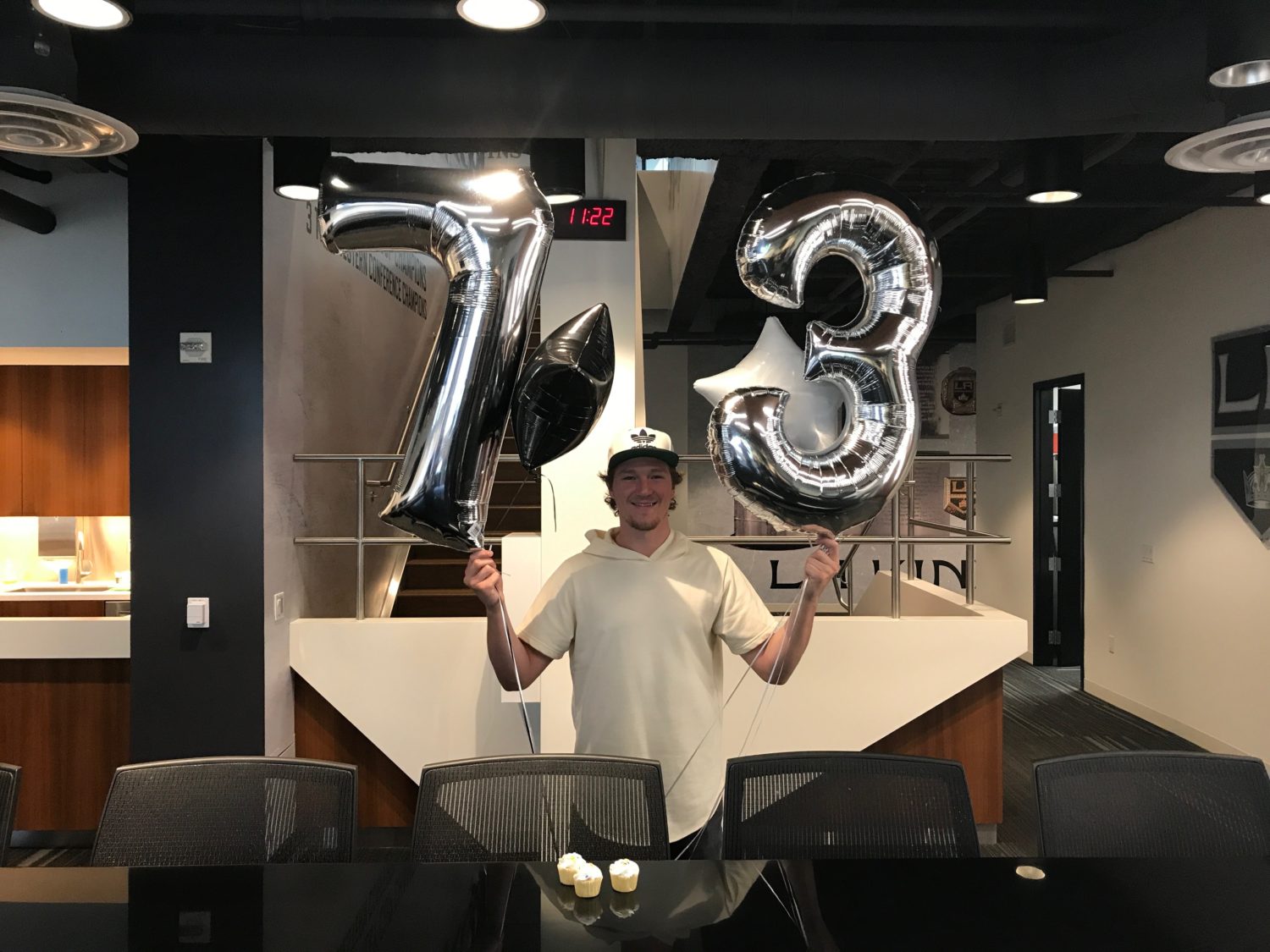