In an equinox of offense, the LA Kings fell into several familiar traps Sunday afternoon at Staples Center but banked on two power play goals and two rush goals to will out a much-needed win. As much as this team could use some juju – they’re in last place in the West and Jonathan Quick is hurt – they need actual points and picked two up at the outset of a home stand that they’ll have to take advantage of if they want to jump back into the pack early in the season. In a carbon copy of several recent first periods, they jumped out to a fast start and generated early scoring chances that Henrik Lundqvist denied before the Rangers opened the scoring with another grind-type goal that wasn’t vastly different from the style of goal scored on Campbell that opened the scoring in Minnesota. And then they started getting power play chances while trailing in the second period, and Dustin Brown and Ilya Kovalchuk went to work, and the first home team of the busy day held serve. 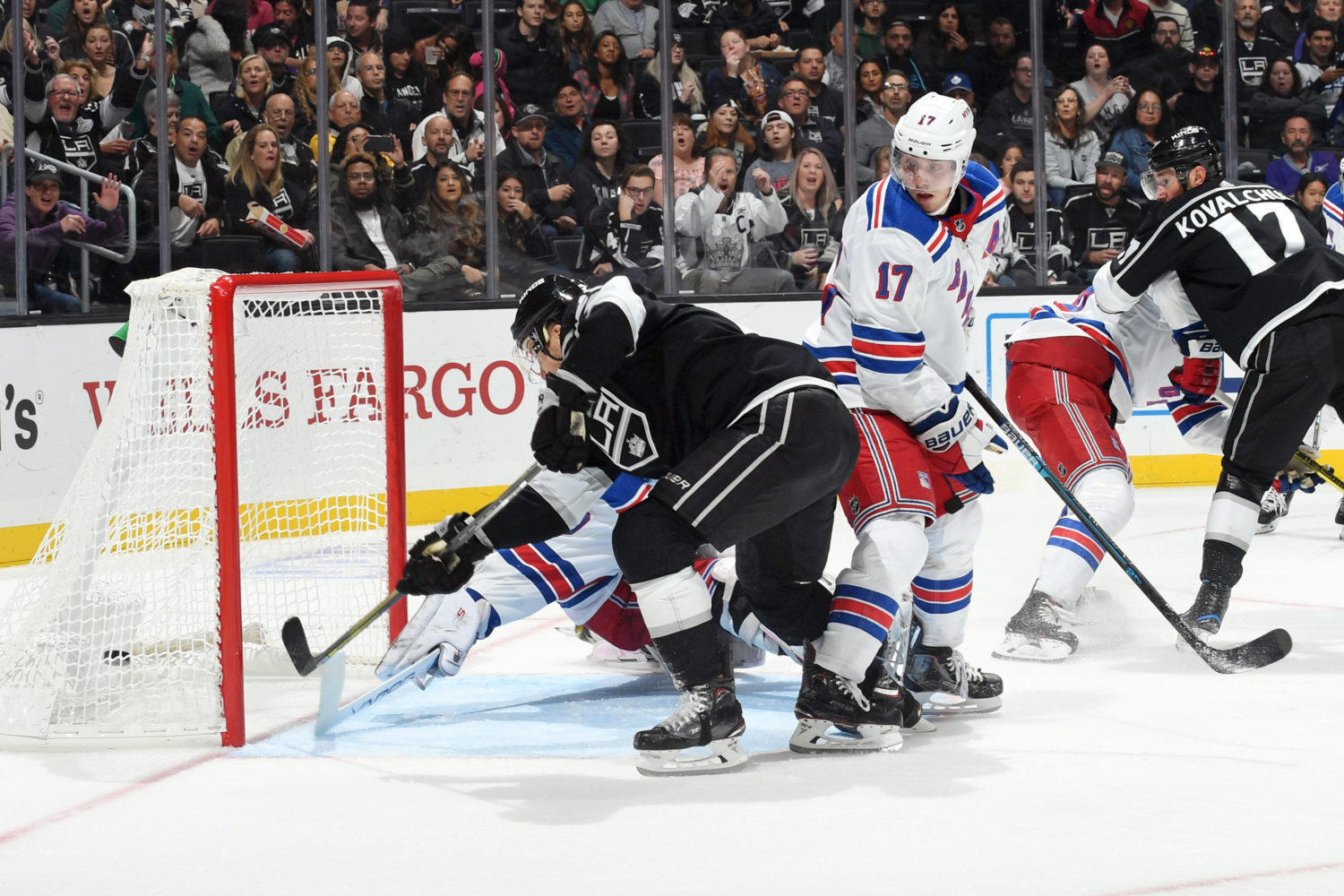 Five seconds after Jeff Carter won the faceoff resulting from Cody McLeod’s slashing penalty, Dustin Brown screened Henrik Lundqvist on an Ilya Kovalchuk slapshot from the outside of the right circle. Lundqvist made the save, but it was representative of what was to come and the beginning of a surge of power play momentum that brought Los Angeles level. Brown weathered a breath or two but surprisingly no real resistance prior to tapping in Kovalchuk’s rebound, and was right back in Lundqvist’s personal space when Kovalchuk hammered in a Drew Doughty offering from the tops of the circles. He shot wide on a breakaway and issued seven hits and ripped and reared out of the gates after a week in which he stood over his golf shot, waiting with excruciating patience for his LTIR stay to run out. Lest we get too caught up in narratives, it does appear the Kings have a stronger identity with Brown in the lineup, and while that’s a flighty and, frankly, obvious thing to say, it did appear as though they were able to get more bodies and pucks to the net consistently Sunday than in any other game this season. Brown contributes significantly on that front. 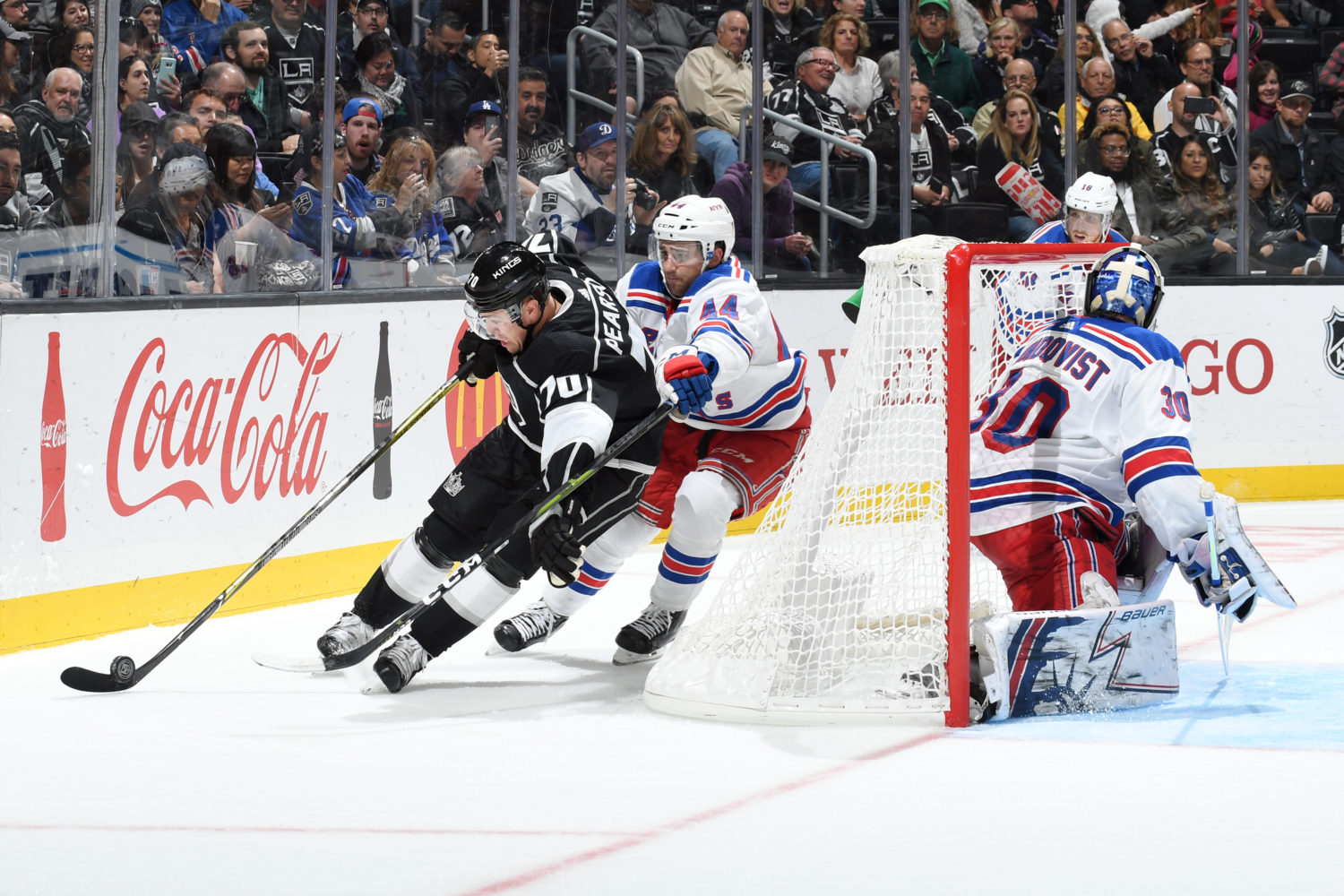 Those bodies and pucks to the net were evident in the first of the team’s two go-ahead goals. It was also a reward for playing fast as Jack Campbell headmanned the puck up to Ila Kovalchuk, who sprinted through the neutral zone before turning to Adrian Kempe and issuing the puck laterally across the zone. Both Lewis and Kovalchuk dragged their men towards the net right as Kempe shot the puck, providing the type of second chance that hadn’t necessarily readily been there while the team was in its one-goal-a-game funk. The Kings still had their rough spots – they fell behind by two goals in the first half of the game for the sixth time in their last seven games, and were facing a stiff Rangers push late in the third – and it’s concerning that they’re not going to have Jonathan Quick’s services during such an important home stand. But they won the net-front battle, won the special teams battle and scored a pair of rush goals as they’ve taken steps towards getting their team game in order. By winning those variables against a team with its own set of challenges early in the season, the Kings, even a little bit against the run of play at the time, benefited from an Alec Martinez snapper through Brendan Smith’s legs that caught Henrik Lundqvist reaching with under a minute left for an important home win. 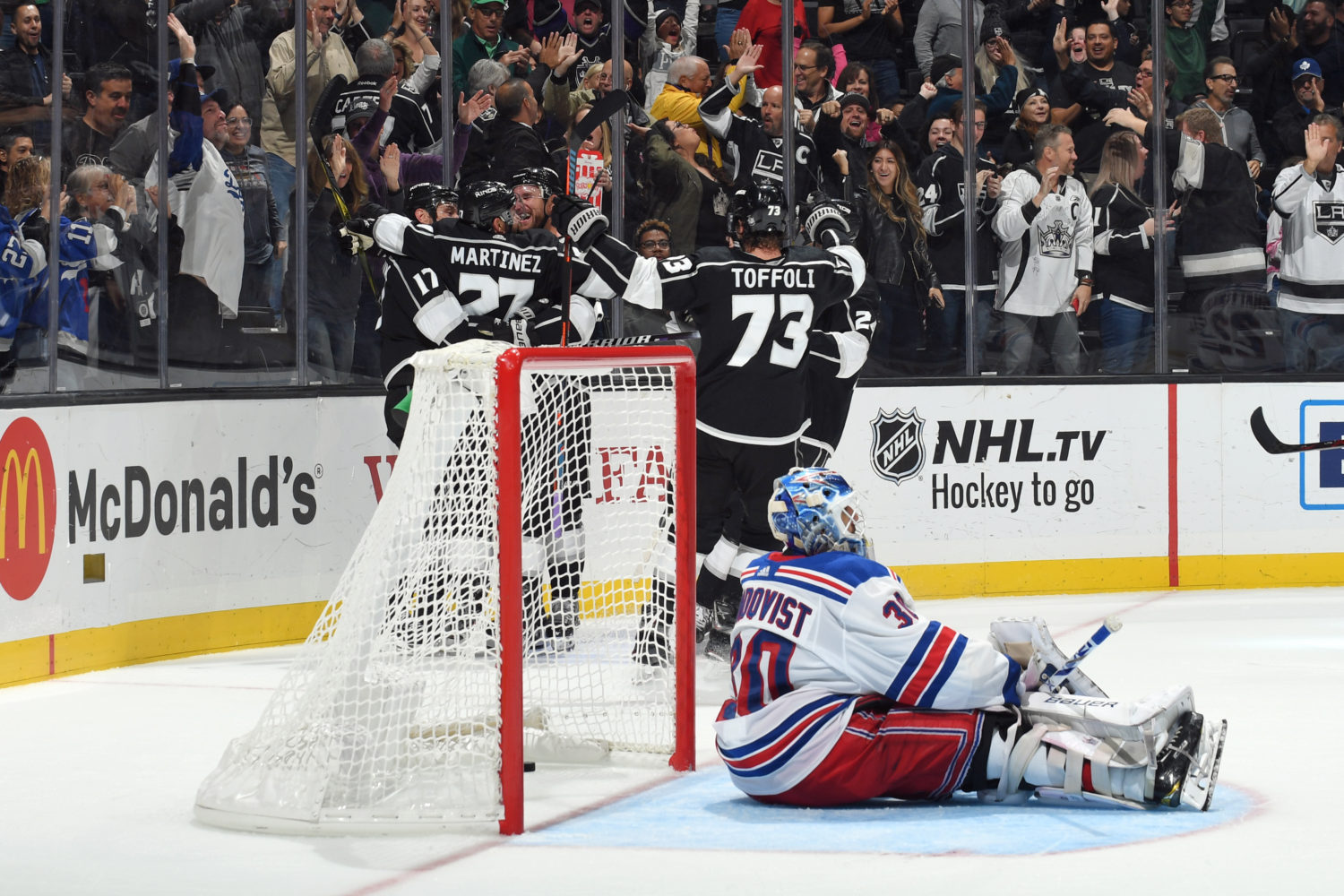