INSIDERS. The day is upon us. Kings-Stars. The American Airlines Center. 5:30 p.m. PT on KCOP-13, the FOX Sports app and the LA Kings Audio Network. It is time.

–The vitals: Jonathan Quick was the first goalie off the ice and is projected to start in net for Los Angeles. He’s 17-10-2 in his career against Dallas with a 2.45 goals-against average, a .913 save percentage and two shutouts. Extra skaters to remain on for extra work were Austin Wagner, Paul LaDue and Oscar Fantenberg, so they’re projected scratches. Line rushes featured several forecheckers, which threw observers off a touch, but based on yesterday’s lines, and what we were able to glean from the rushes, expect lines of Iafallo-Kopitar-Toffoli, Kovalchuk-Carter-Rempal, Pearson-Kempe-Lewis and Clifford-Thompson-Amadio, and pairings of Forbort-Doughty, Muzzin-Martinez and Phaneuf-Walker.

–Their vitals: Ben Bishop starts in goal. The Kings alum is 4-3-0 in his career against Los Angeles with a 2.36 goals-against average, a .925 save percentage and one shutout. The fourth round draft pick L.A. acquired when trading Bishop’s rights to Dallas was used on defenseman Markus Phillips, who has opened his 2018-19 campaign with one goal, five points and a plus-four rating in 12 games with OHL-Owen Sound. Alexander Radulov (6 GP; 4-6=10) is day-to-day with a lower-body injury and will not play tonight, via Jim Montgomery, and will be replaced by Tyler Pitlick (7 GP; 0-0=0) alongside Jamie Benn (7 GP; 4-4=8) and Tyler Seguin (7 GP; 3-7-10) on the Stars’ top line. It’s possible that Dallas runs with 11 forwards and seven defenseman, per Montgomery, though that hasn’t been decided yet. Stephen Johns (IR / upper-body) is out but close to returning, while Martin Hanzal (IR / back) and Valeri Nichushkin (lower-body) remain out.

–Sean Walker, step right up. Recalled by the Kings yesterday, the right-shot, soon-to-be 24-year-old defenseman will make his NHL debut alongside Dion Phaneuf. “He’s obviously a veteran guy and he made me super welcome and talked to me a bunch, so playing with him is great,” he said. “I feel really good, really comfortable playing with Dion.”

“Just make him feel comfortable,” Phaneuf said. “The biggest thing, when we’re on the ice we will be talking a lot because communication when you’re on the ice makes the game easier. But before the game, let him prepare the way he prepares, and you saw this morning – you go out and you do your job as business-as-usual. He’s here for a reason. He deserves to be here, and I hope he has a great first game.”

That “business-as-usual” bit resonated with John Stevens, who shared that it’s important that the former Bowling Green captain “understands that we brought him here because of the way he was playing.”

“He needs to be the player that he was that brought him here,” Stevens said. “He skates really well, he moves the puck really well, he thinks the game really well, so I think all those assets can really help him at this level. I think it’s important for a young guy, you come in here and you play to your assets, and don’t come in here and try to figure out what you’re supposed to do. Do what you’ve done to get here right now and have the confidence to be that player at this level.”

Something that Walker has always been confident in is his shot. He’s known for his skating ability and his offensive bent; he’ll fire the puck from just about anywhere.

“I think the mindset has always been getting pucks to the net, and I think last year I really took that to heart and just started putting it to the net and good things were happening, so I kind of just let that fall through to this year,” he said.

Despite his shooting mentality, he never really had much experience playing forward when he was younger. “House league, probably. But I was good at skating backwards, so I got put on defense.”

Walker noted that his game really came together when Paul LaDue was called up last year, at which point he took advantage of the extra ice time and gained confidence.

Unfortunately, because of the short notice, the Keswick, Ont. native won’t have family at tonight’s game. That didn’t appear to bother the undrafted defenseman too much.

“It’s a lifelong dream to play in the NHL, so playing that first [game] will be obviously mind-blowing.”

“You’ve got two desperate teams. I think this is going to be a real intense game,” Montgomery said. “I know what our dressing room feels like, and I think their dressing room, I know their head coach really well, and obviously they’ve got a lot of guys that have won two Cups, so I expect it to be a hard, hard game.”

That was essentially understood by players in the Kings room, who returned to work Tuesday morning with both the weight and the understanding that they can’t afford to let what has transpired early this season bleed into something larger.

“No team likes losing,” Jake Muzzin said. “We’ve got to obviously bring more emotion than we have been in the last games, and I think if we bring that emotion we’ll give ourselves a way better chance to win.”

How does that motivation and energy manifest itself during a day in which the players report to work in the morning, return to the hotel for a pre-game nap, and then head back to the rink? Is it noticeable during the skate? In warm-ups? In the whites of his teammates eyes?

“It starts in our preparation,” Muzzin said. “More than just X and O’s, getting yourself fired up because every game’s important. Playing with emotion brings out the best in you, and when we do that, we’re a good team.”

Both teams are in the red possession-wide, shots-wise, goal-wise and scoring chance-wise, though Los Angeles is plus-eight in high-danger scoring chances, per Natural Stat Trick. Dallas has a special teams advantage with a power play that has converted on seven of 21 opportunities thus far, which includes three Jamie Benn goals.

“For us right now, we’re really focused on ourselves,” Stevens said. “If you watch Dallas play, I think they’ve actually played well. Their power play’s been red hot and their big line’s carried them. We know coming in at home they’ve had a few days off here to get ready. We’ll get their best game. We need to come in here and put our best foot forward here. We’ve got to really crank it up offensively. We’ve got a really mobile defense. We’re going to have to really check them hard and we’re going to have to play a really solid 60-minute hockey game.”

–The interconnected hockey coaching fraternity was on display Tuesday morning. Stevens and Montgomery won the 1998 Calder Cup with the Philadelphia Phantoms. For the next two years – after Stevens was encouraged to get into coaching by Bobby Clarke during the Phantoms’ championship celebration – Stevens served as a Phantoms assistant while Montgomery, a forward, continued to play for the AHL squad.

From 2011-13, Stevens’ younger son, also named John Stevens, played for Montgomery with USHL-Dubuque and won the Clark Cup under Montgomery in 2013.

With Montgomery’s success at the University of Denver and the growing volume of calls from NHL teams, the two coaches spoke regularly.

“He’s been interviewing for jobs over the last several years,” Stevens said. “He was in a really good situation with Denver. His family liked it there, he liked it there, he’s got a young family. I think Jimmy was in the situation where he wanted to take an opportunity that was right for him. It wasn’t ‘just an opportunity.’ I think he was confident to be patient for the right opportunity to come along. I think Jimmy’s a really good hockey man, but he’s also a really good family man, and I think he wanted to make sure both of those areas were considered when he took the job here.” 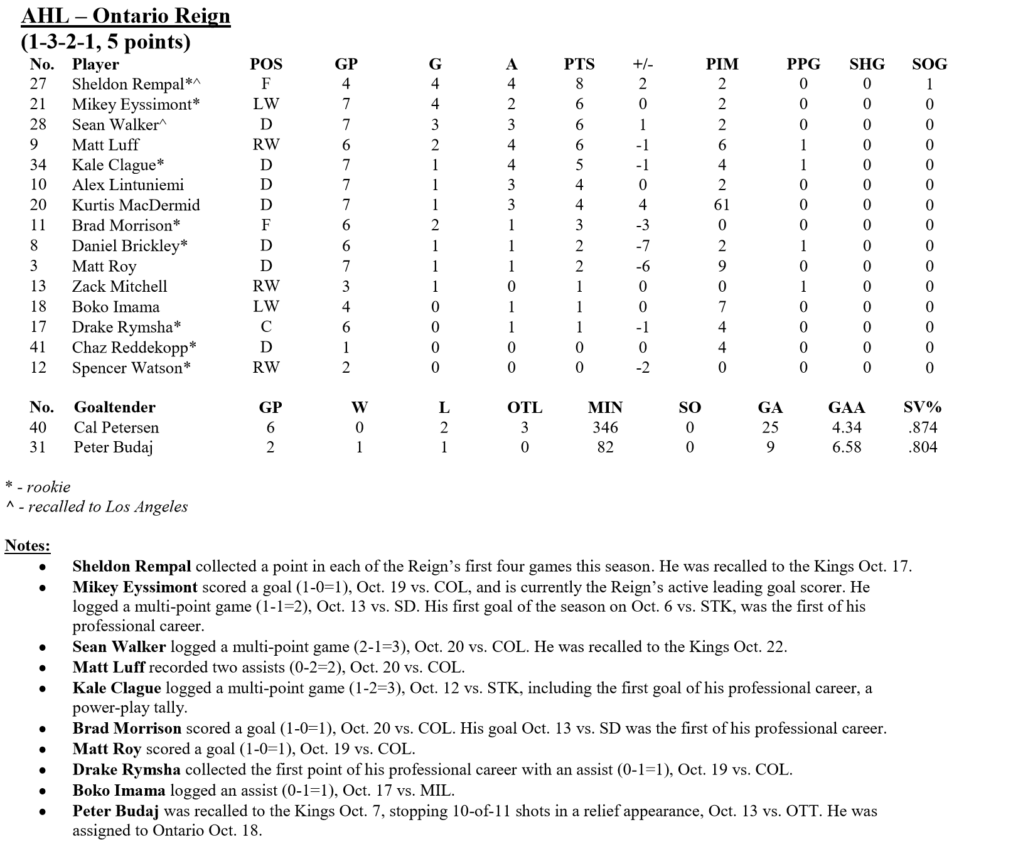 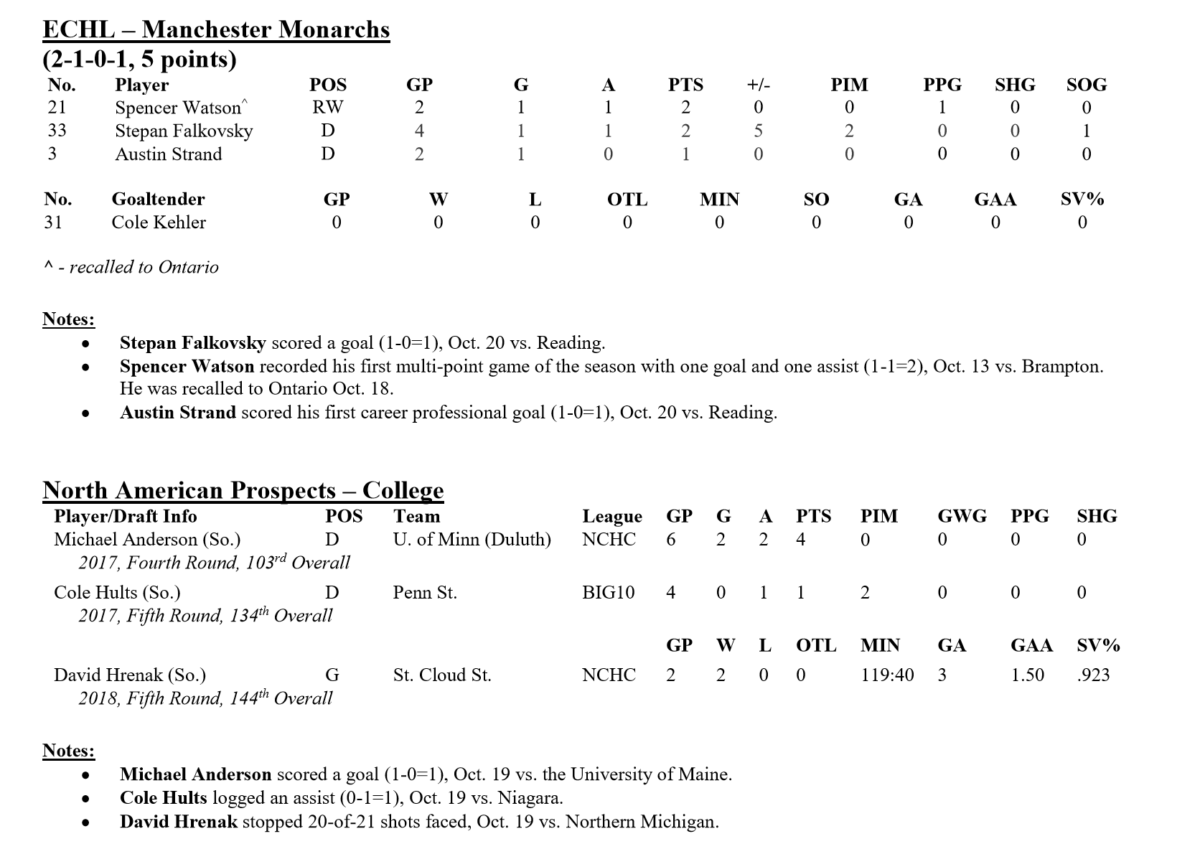 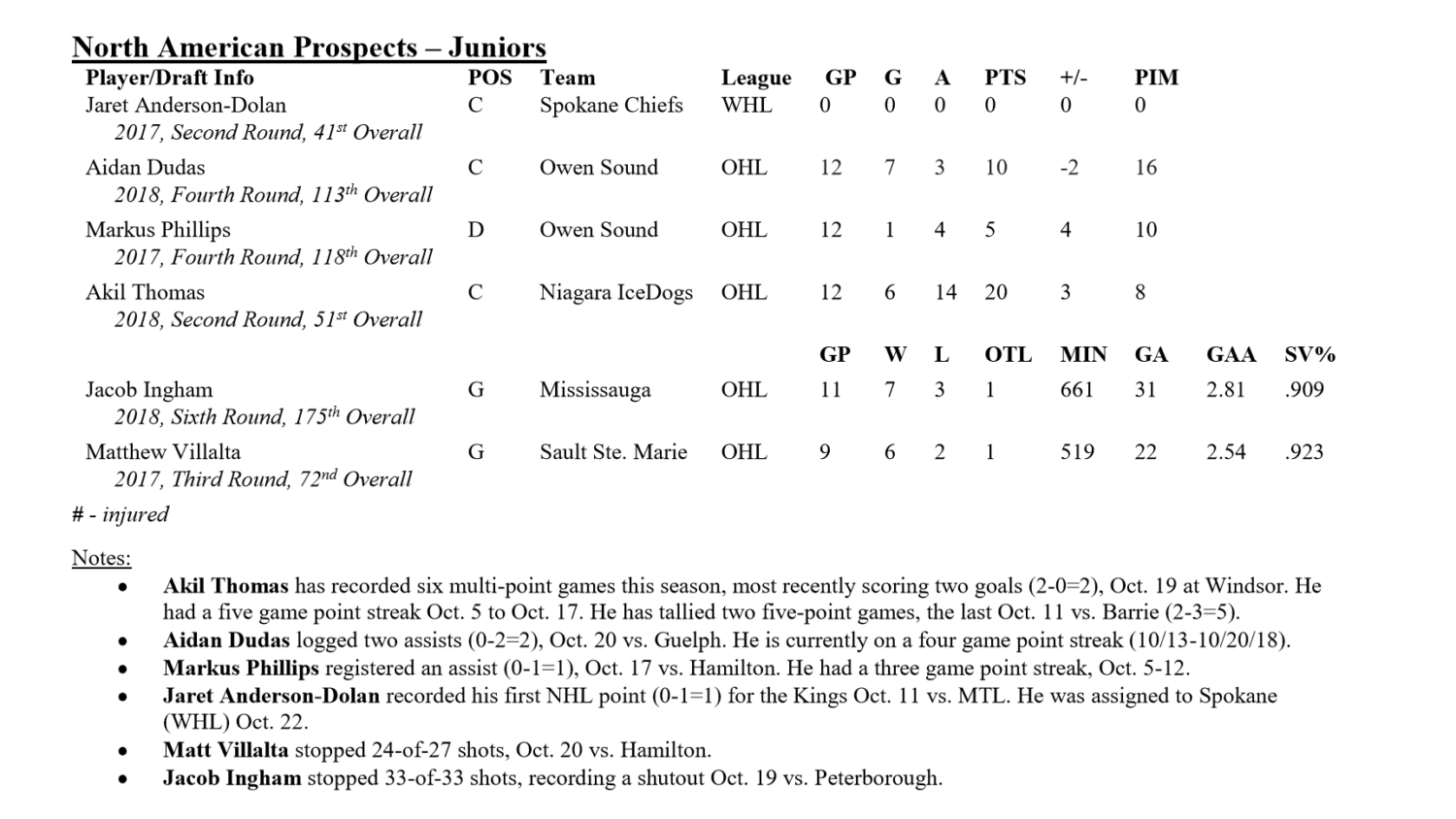 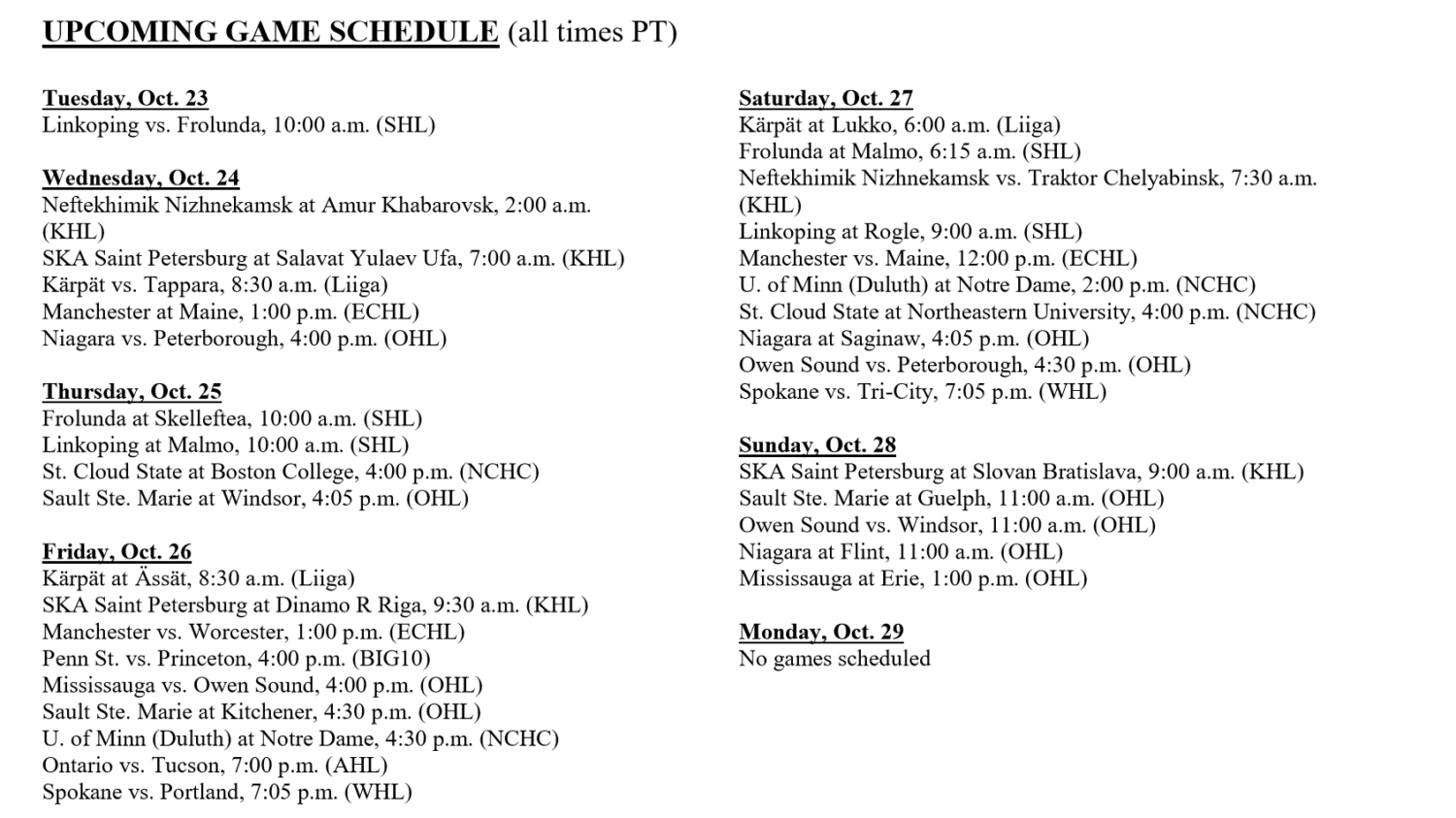 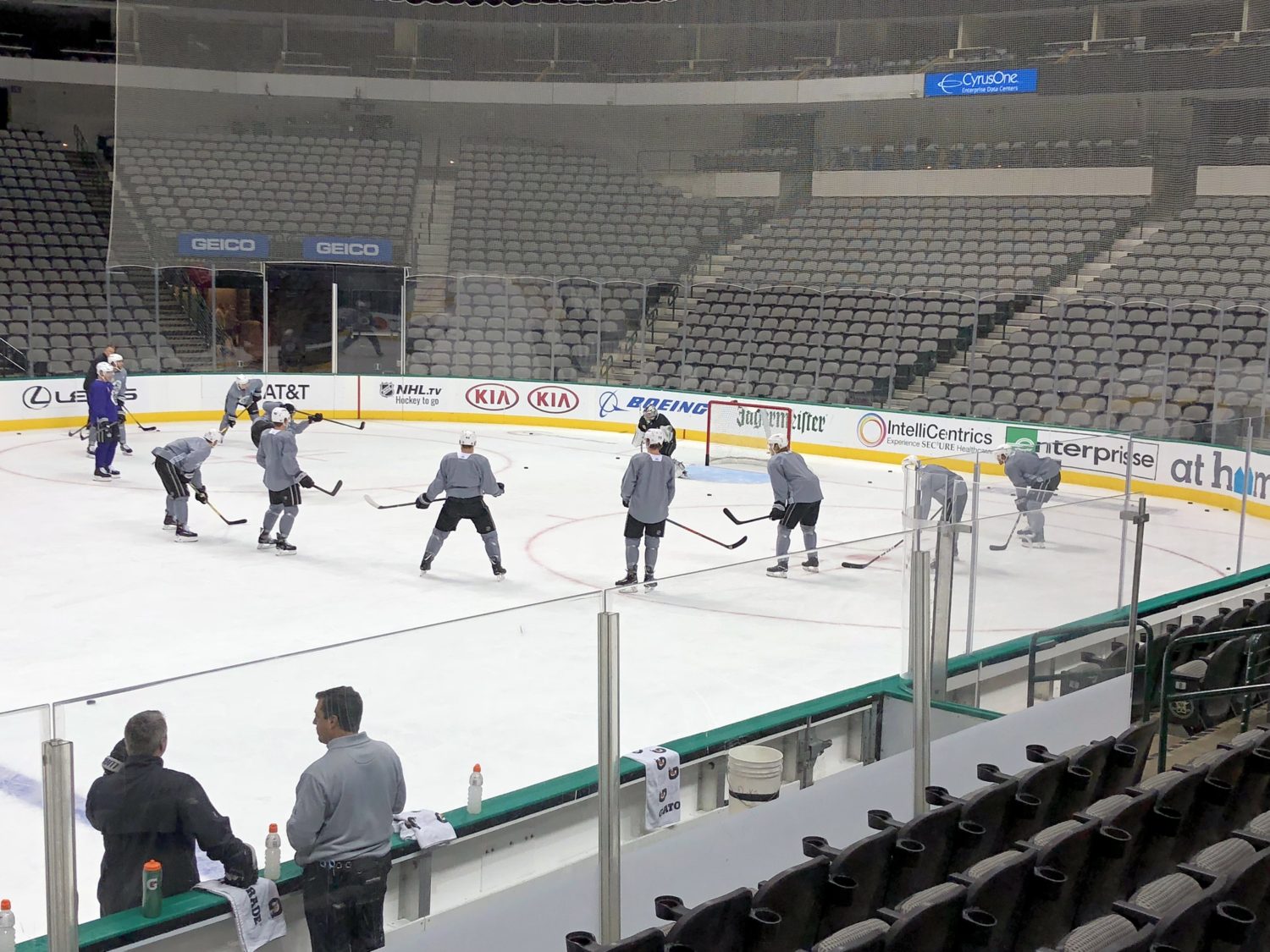