If there were any questions about the direction of the 2018-19 LA Kings, and whether to put more value in the gravitational pull of a mistake-prone 2-3-1 start or the understanding that key personnel are out of action, the Kings were out-played and out-worked at home in an alarming loss Thursday night to a team that finished with 80 points last season and lost its best player to free agency. I’ll be happy to talk at length about how the Isles still should have a good group of forwards, even without John Tavares, but that loss wasn’t really to the Anders Lees and Brock Nelsons and Matthew Barzals of the world. It was a game clearly and vividly lost in many areas, but also in the trenches to the tune of two goals and three points for Valteri Filppula, one goal and two points for Leo Komarov, one goal and two points for Casey Cizikas and three points and a plus-five rating for Scott Mayfield. This doesn’t really depict top players finding an advantage over another team without its top players. Rather, these are hustlers and energy sources who outworked their counterparts and took advantage of a group that appeared disinvested after the full-team pinch that led to the shorthanded Ladd-to-Filppula two-on-zero goal. 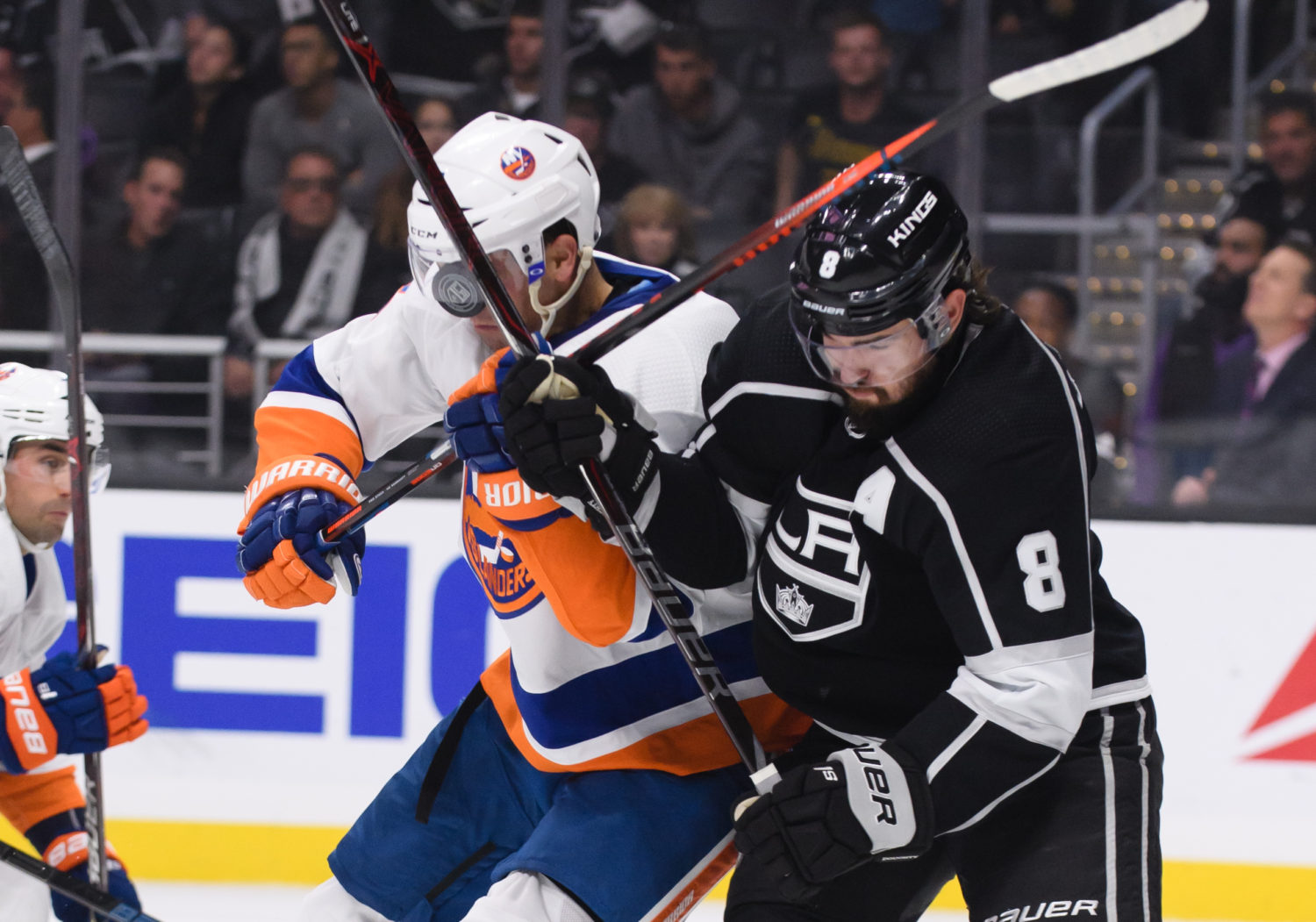 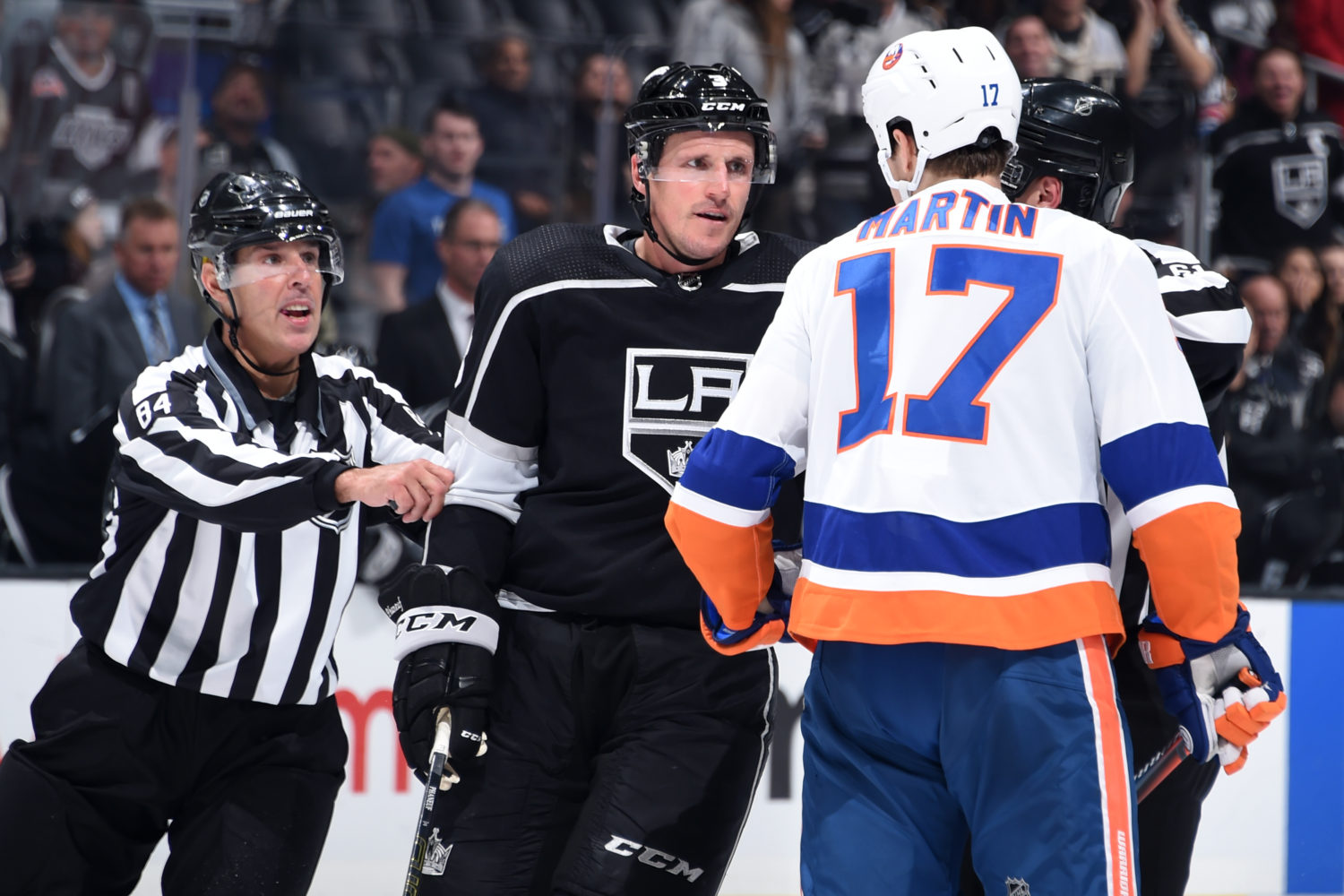 It was the type of loss that makes one consider grander abstracts like direction, constitution and identity, while at the same time concrete and tangible entities such as the salary cap and no-movement clauses. This is it; these are the Kings. Their core is locked up, and if you’re talking horse tradin’, there are a number of obstacles in that direction. Many of the challenges, again, lie in what’s shaping up as another potentially limited supply of secondary offense. Though Dustin Brown’s return should spread out some more consistent punch in the four lines, the yields in his absence indicate that several of the players who’d been counted on internally to either approach prior highs or take the next steps in their careers are yet to demonstrate that you should feel good about their chances of doing so. 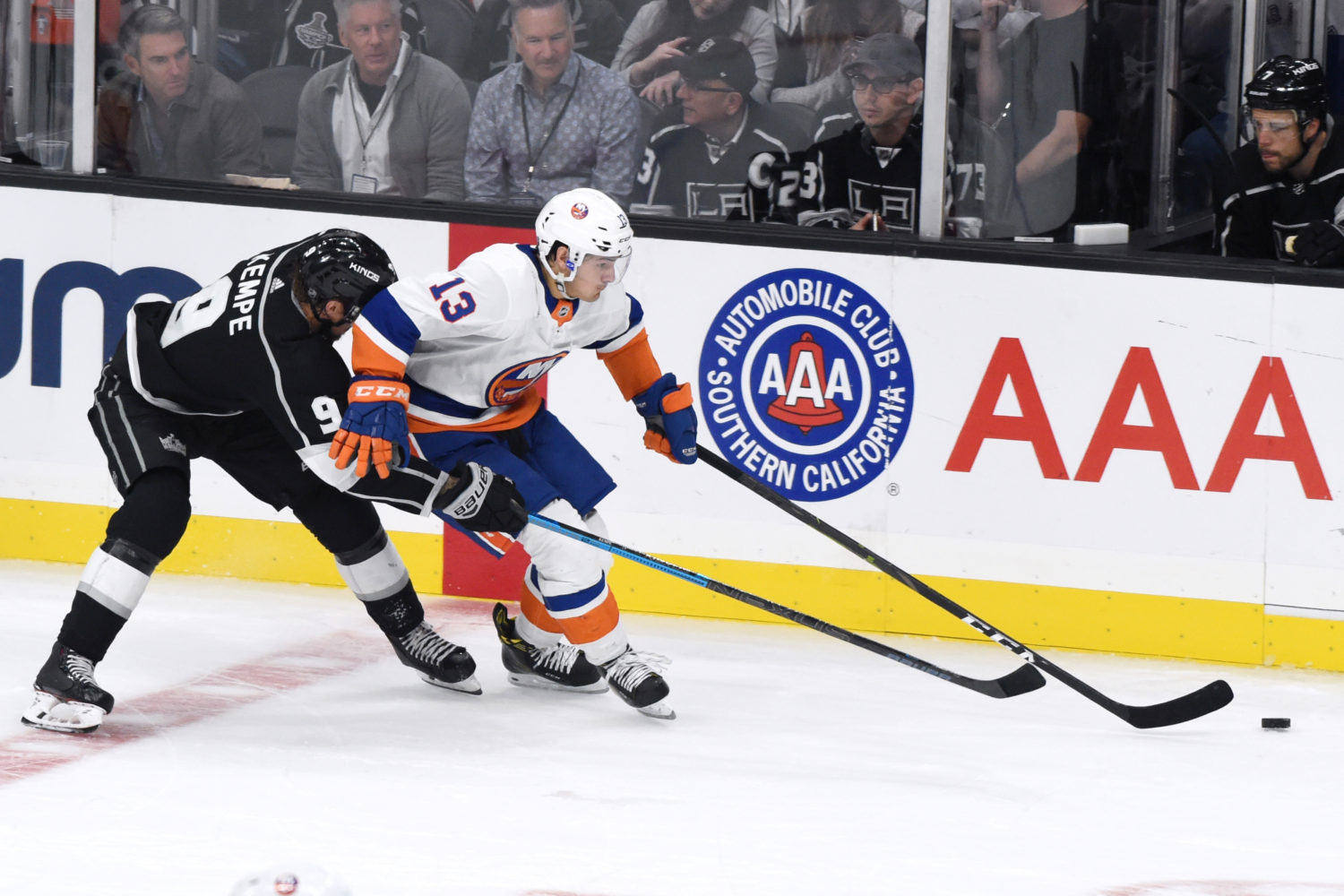 Good on ya’, Sheldon Rempal, for logging 13 minutes in your debut and showing off the same sort of craftiness and deception demonstrated at the Vegas Rookie Challenge™ and for a few intervals during the preseason. He was part of what was a pretty good first period attack and didn’t pass up an opportunity to shoot on a four-on-two rush when perhaps the default decision by a younger player in that situation is to defer to the players around him. He picked pucks cleanly from the boards and deftly brought them into space, and it’s that type of skill and skating ability that the Kings will gladly welcome right now. He wasn’t on the ice for any goals for or against and took two shots that hit the goalie as part of four total shot attempts, giving off the impression that he’ll shoot from just about anywhere. It’s a bittersweet moment when a player debuts in an ugly loss, but I’m willing to believe he’ll remember that in his NHL debut he was moved up to play with Jeff Carter and Ilya Kovalchuk. 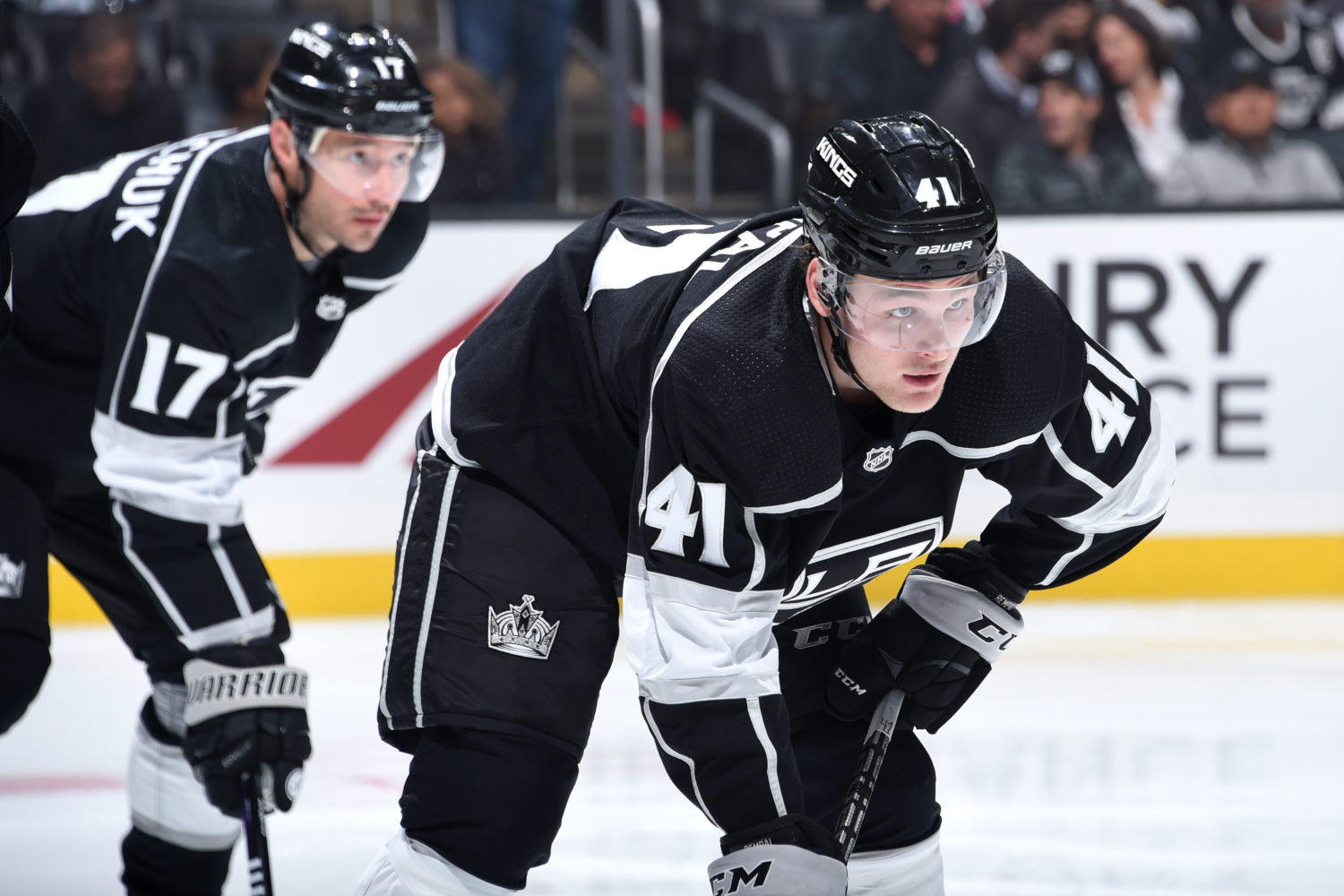