One of the great aspects – among many – of Toronto is that you can see the CN Tower, the largest free-standing structure in the Western Hemisphere, from just about anywhere. It’s a stunningly massive edifice that makes 53,000 cubic yards of poured concrete appear beautiful and intimate in the sense that there are so many houses and apartments that have a view of the tower from quite some distance. Clearly John Tory, Mayor of Toronto, saw the picture of the two potted plants in Ottawa and said out loud to himself, from inside his gilded palanquin, “no, that will not do in our fair home.” Thank you, Mayor of Toronto John Tory.

Toronto is a wonderfully diverse city made up of an amalgamation of unique individual neighborhoods and very livable, if increasingly expensive. It’s filled with gnarly traffic that isn’t as bad as Los Angeles’ but can certainly hold its own in conversation. It’s walkable, it’s uber/lyft-able, it’s easy to find great restaurants and nightlife and the such. And this might be the best time of the year to visit, when it’s definitely not hot, but not too cold either, and a brisk fall evening sends scores of people out into its gridded avenues and boulevards on foot. After a 42-minute flight from Ottawa, we arrived at the perfect hour:

I could keep going. Along with New York and Montreal, Toronto is among the destinations I look at when viewing the NHL schedule for the first time, hoping that we’re there for at least a full day and a half and not on the second night of a back-to-back. SCHEDULOR, kind and generous deity, hath graced us with her bounty.

The Kings are scheduled to practice at 11:30 a.m., around which time I’ll share today’s Waking up with the Kings. Never mind the clouds – it’s a beautiful, brand new day, Insiders. Let’s talk soon. 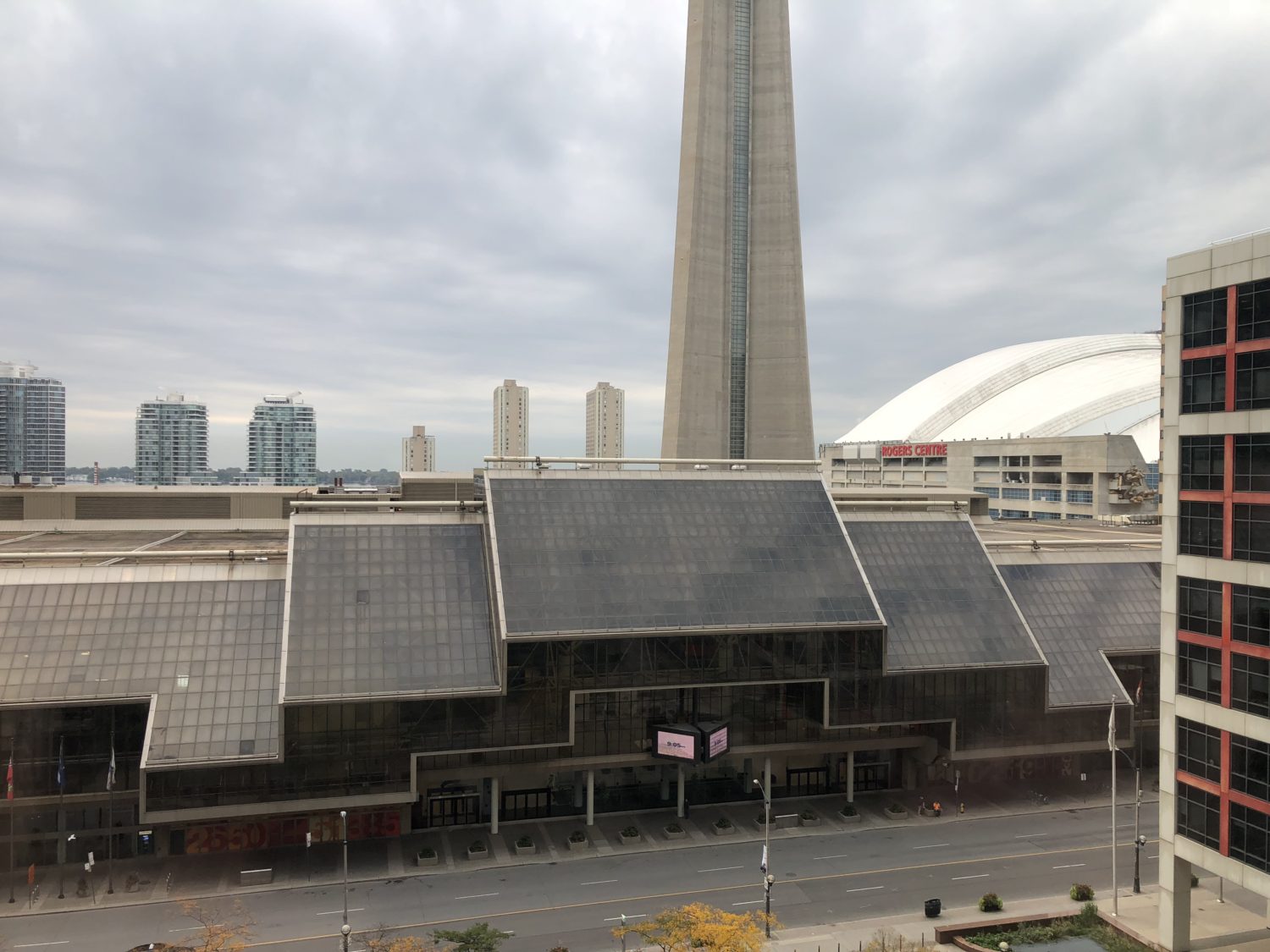