THIRD PERIOD
20:00: One more of these left. So close!
19:00: Henrique to Comtois, Quick save.
18:55: Carter no-look pass into danger from his own slot. Intercepted; Quick save on Comtois.
17:15: Gibson pad save on Kovalchuk’s high-grade chance.
16:31: LAK PENALTY. Doughty for tripping Rakell. Sloppy, mistake-filled performance.
15:30: Good stick by Fantenberg to deflect a dangerous Getzlaf-to-Rakell feed.
11:56: The word from the Kings: Dustin Brown has an upper-body injury and will not return.
11:36: Iafallo-to-Lewis; blocker save, Gibson.
10:53: Quick gets a piece of Montour’s bid on following a drop pass on a three-on-two.
10:08: LAK PENALTY. Fantenberg for tripping.
9:10: ANA PENALTY. Rakell for holding.
6:28: Extended non-threatening stretch for L.A.
6:00: Kovalchuk spins and fires wide. Lost in much of the slop: I’ve liked Kovalchuk tonight.
3:06: Nice Wagner burst of speed down the left wing; Gibson leans into the post and cuts down his short-side shot.
1:42: Good hit by Muzzin on Cogliano at the Kings’ bench.
0:00: That’s it.

SECOND PERIOD
16:52: Periods begin at the 3:08 mark, right?
16:49: ANA PENALTY. Lindholm for interference.
16:27: Nice Kovalchuk-to-Kopitar pass through traffic for a one-timer, but Gibson slides across to make the save.
16:19: LAK PENALTY. Kopitar for hooking.
14:50: ANA GOAL. 3-0. Steel (unassisted). Kempe’s pass up the middle is intercepted by Steel, who gains the mid-slot and snaps one high past Quick.
12:48: Martinez tees up ashot from the high slot. Pad save, Gibson.
12:43: ANA PENALTY. Silfverberg for tripping Pearson.
5:10: Let’s Go Ducks chants. You usually don’t hear a ton of those at Staples.
4:22: ANA PENALTY. Manson for cross-checking Phaneuf in retaliation to a big hit down low.
3:47: Tremendous Gibson save on Carter, who had net to work with on the doorstep.
3:42: Fowler stung after taking a teammate’s stick up high.
0:00: Strong period by Gibson, but the Kings aren’t generating a ton of high-quality opportunities at five-on-five.

FIRST PERIOD
20:00: Last one!
17:47: Good Quick poke check on Austin Wagner’s junior teammate Sam Steel.
17:43: LAK PENALTY. Jostlin’, jabbin’, wrestlin’. Phaneuf and Cogliano. Phaneuf gets the roughing penalty. Didn’t see a great replay and had trouble distinguishing it live. Good call only to nab Phaneuf?
15:47: Penalties. Doughty irate at Kase for buzzing Quick. He pins him against the boards and gets a couple gloved blows in. Montour jumps in. Fantenberg. Feistiness through the first four minutes here. Montour, Doughty, Fantenberg for roughing. Kase cut on the cheek when Doughty’s skate popped in the air. Five seconds of a five-on-three with a neutral zone faceoff.
13:47: Nothing going on the second half of the Ducks’ power play. Shots are 8-0 Anaheim.
11:17: Terry doesn’t get a ton of his one-timer from a threatening area and an unmarked teammate at the far post.
10:22: LAK PENALTY. Carter for slashing while defending a two-on-one cross-slot feed.
8:41: Good right pad Quick save on a Getzlaf right wing seam.
8:18: Carter exits the box, is hit by Lewis in the high slot. Gibson fights off his hard, low shot with his left pad.
7:03: ANA PENALTY. Lindholm for cross-checking. Kings units are Muzzin-Martinez-Pearson-Amadio-Toffoli and Kovalchuk-Doughty-Brown-Kopitar-Carter.
5:57: ANA SHORTHANDED GOAL. 1-0. Street (Sherwood). Sherwood ties up Muzzin along the boards, allowing Street to pick up the loose puck with a step on Amadio and beat Quick, far post.
4:45: Silfverberg wrister from the left circle swallowed up by Quick.
3:40: Good strength by Anze Kopitar in pursuit of a puck along the boards against two Ducks.
1:43: ANA GOAL. 2-0. Terry (Getzlaf). Getzlaf-to-Terry one-timer. Pinpoint feed, emphatic finish.
0:00: Period over. Shots were 18-6, Anaheim.

Pre-game notes: Referees are TJ Luxmore and Graham Skilliter and linesmen are Libor Suchanek and Kiel Murchison. … The Kings showed a pre-game alignment of Iafallo-Kopitar-Brown, Kovalchuk-Carter-Kempe, Pearson-Amadio-Toffoli and Wagner-Anderson-Dolan-Lewis with defensive pairs of Forbort-Doughty, Muzzin-Martinez and Phaneuf-Fantenberg with Jonathan Quick starting in goal. … This will be Derek Forbort’s first game since a 3-1 home win over Colorado on April 2. … Anaheim will line up with Rakell-Getzlaf-Terry, Comtois-Henrique-Silfverberg, Cogliano-Steel-Kase and Street-Rowney-Sherwood up front, and defensive pairs of Fowler-Manson, Lindholm-Montour and Pettersson-Schenn. John Gibson will start for the Ducks. … The Kings are back to their familiar game leadership group, with Anze Kopitar the captain and Jeff Carter and Drew Doughty designated alternate captains. 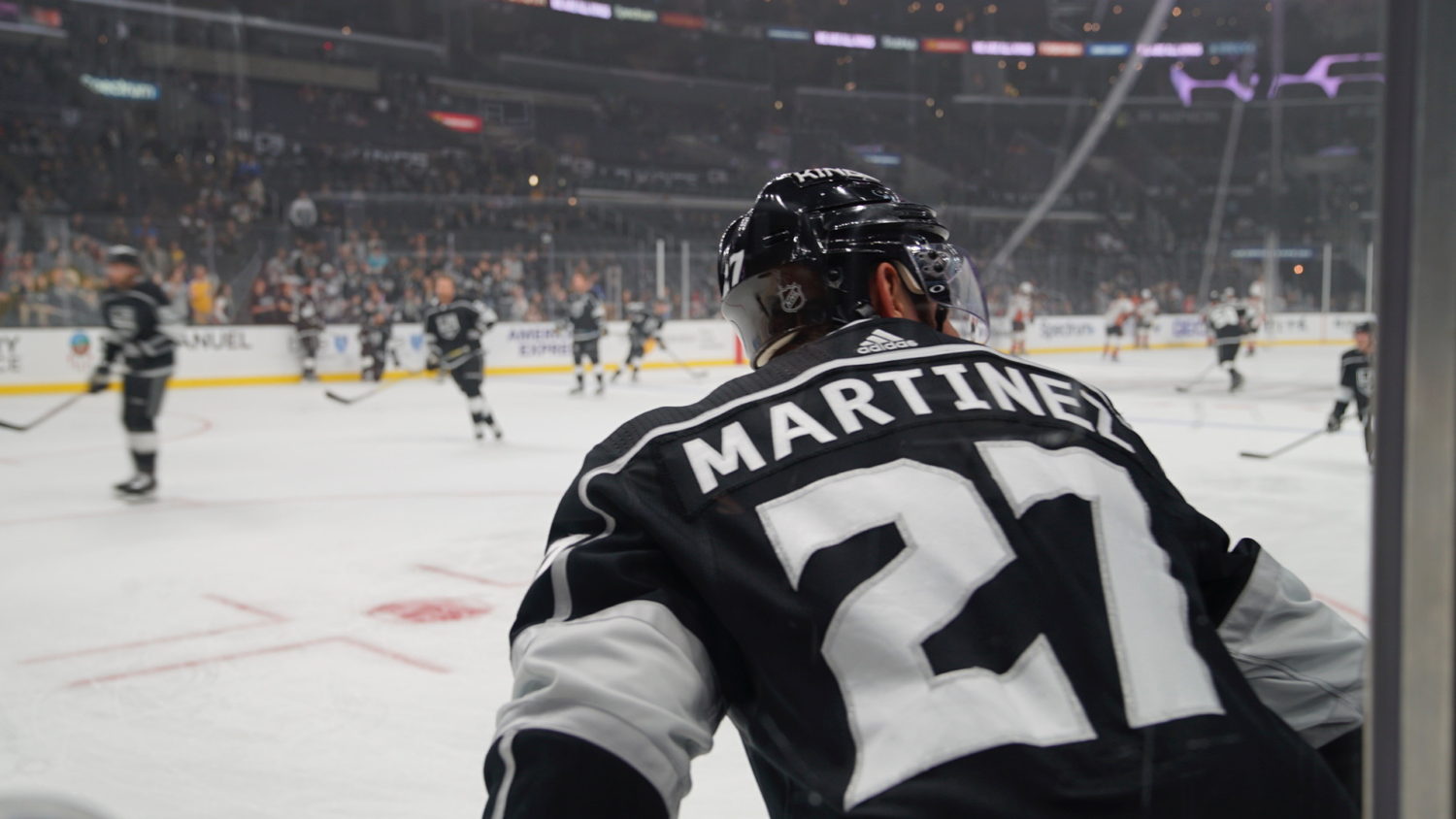 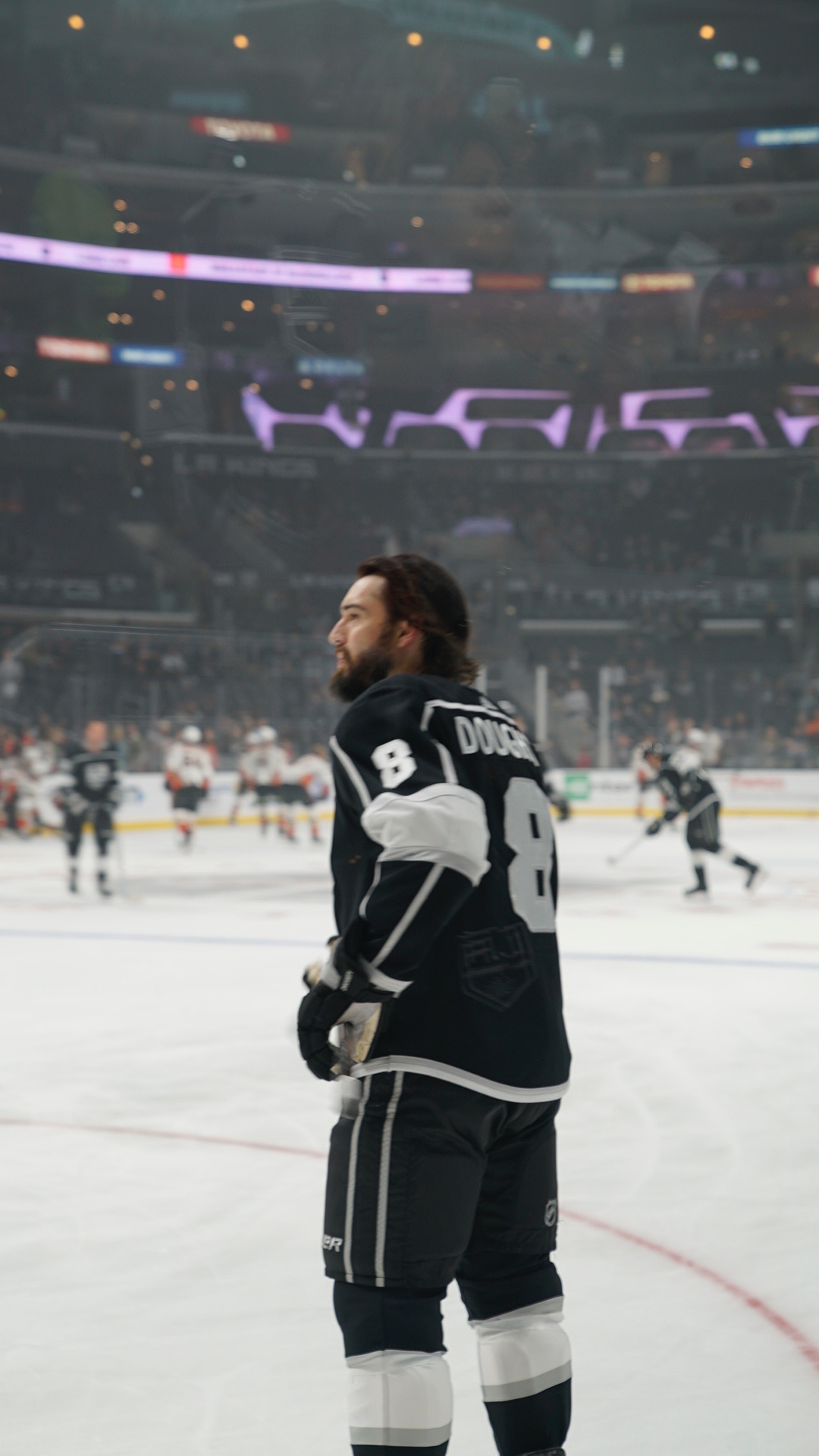 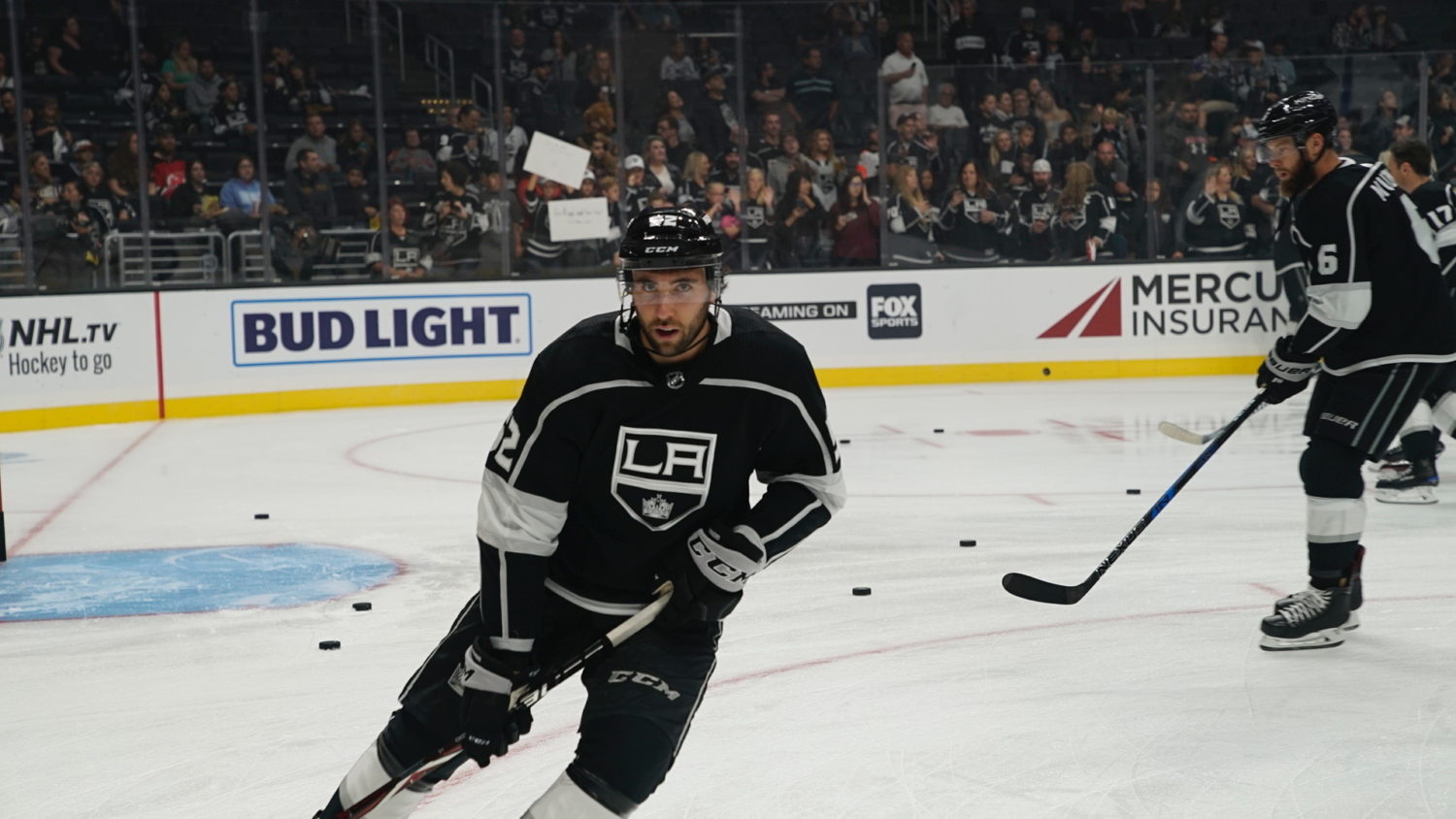 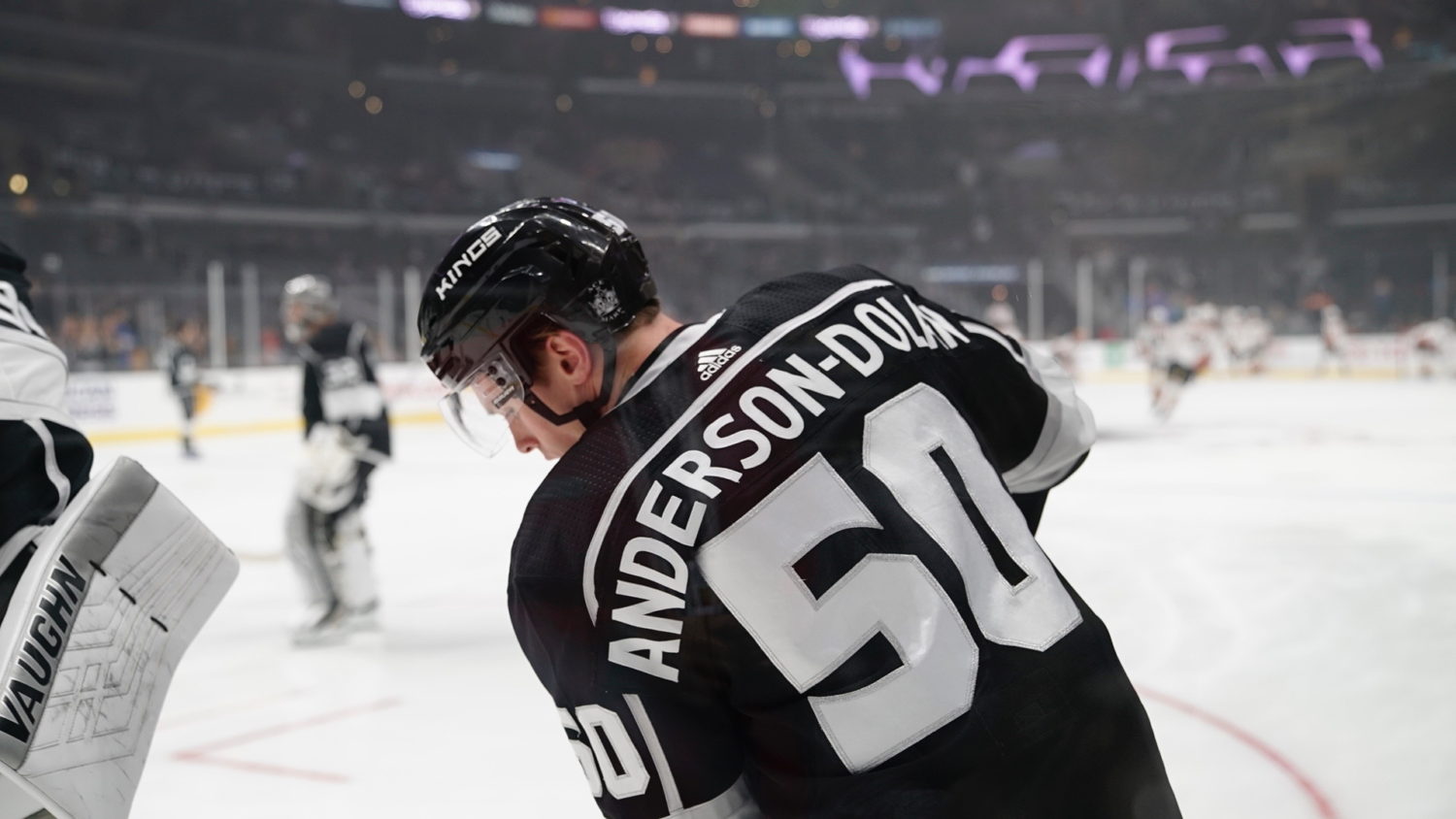 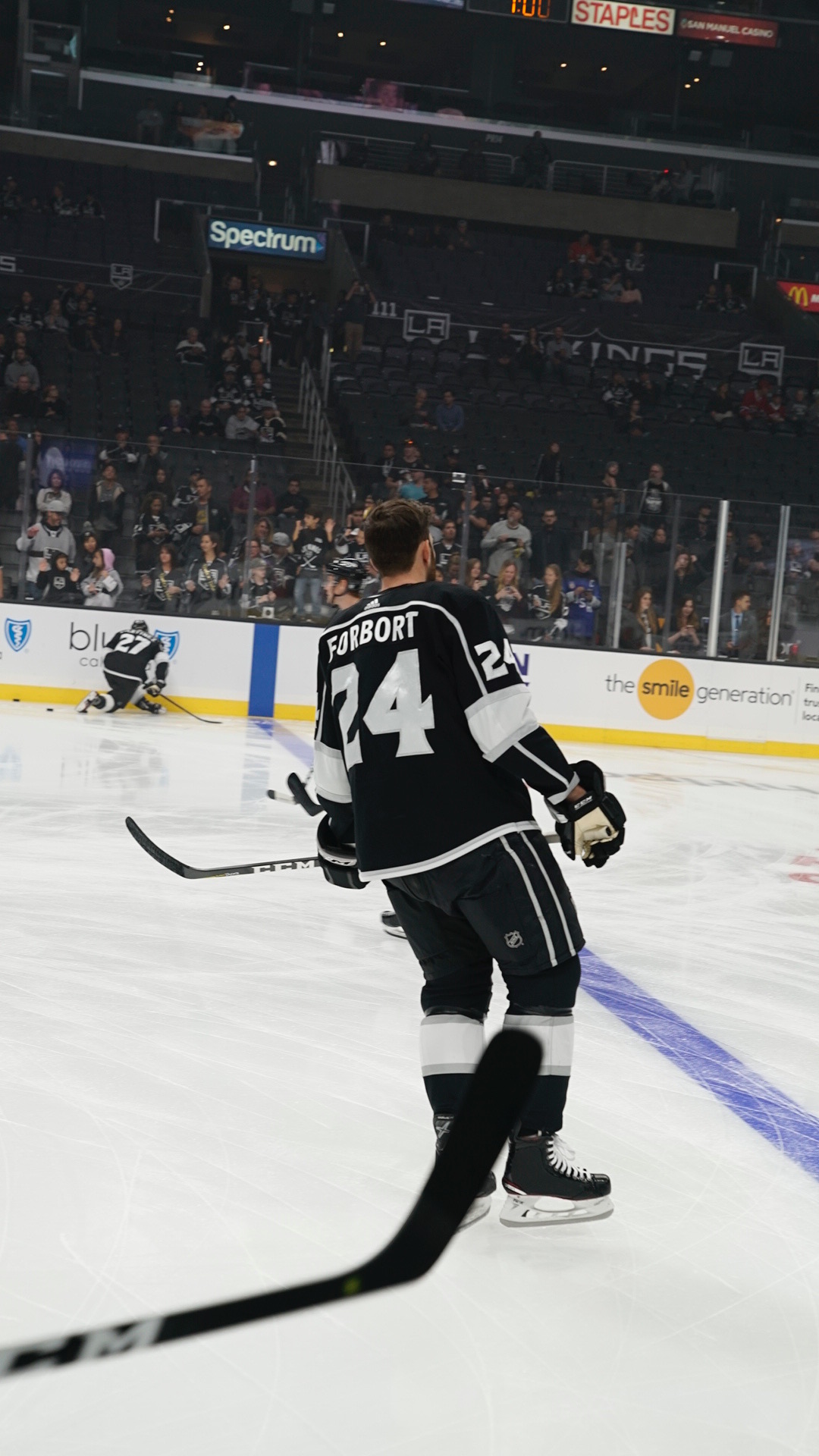 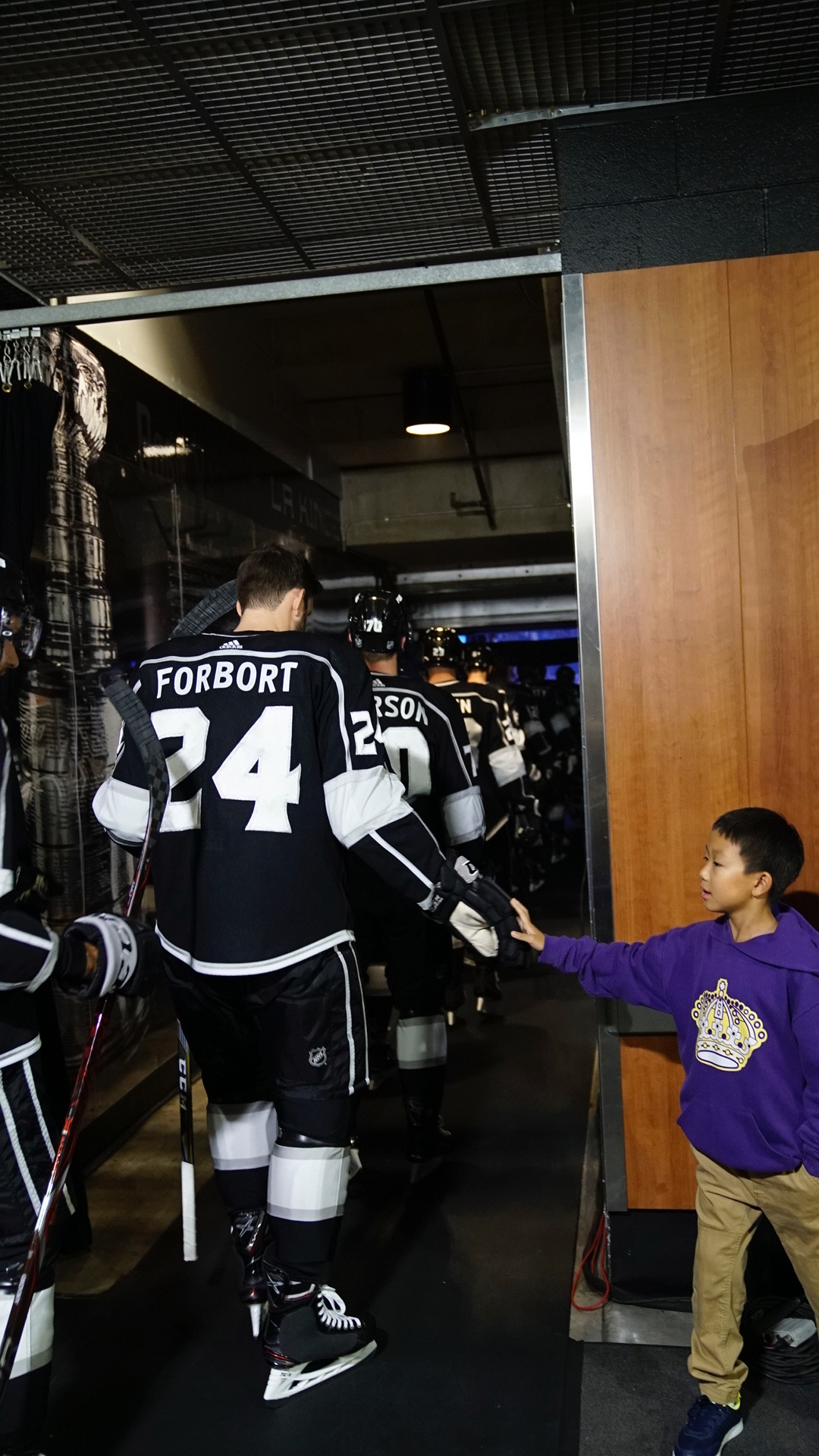 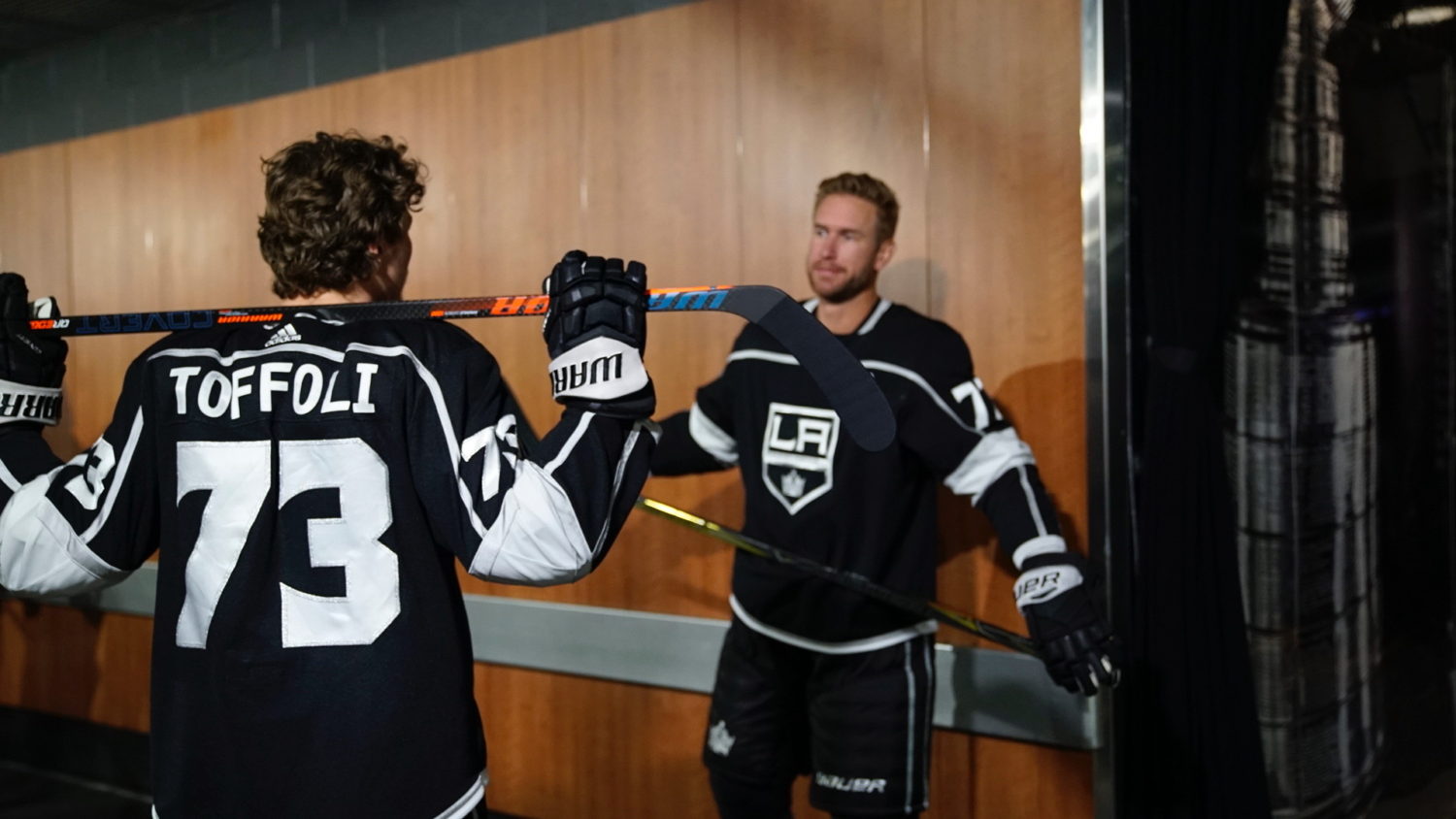 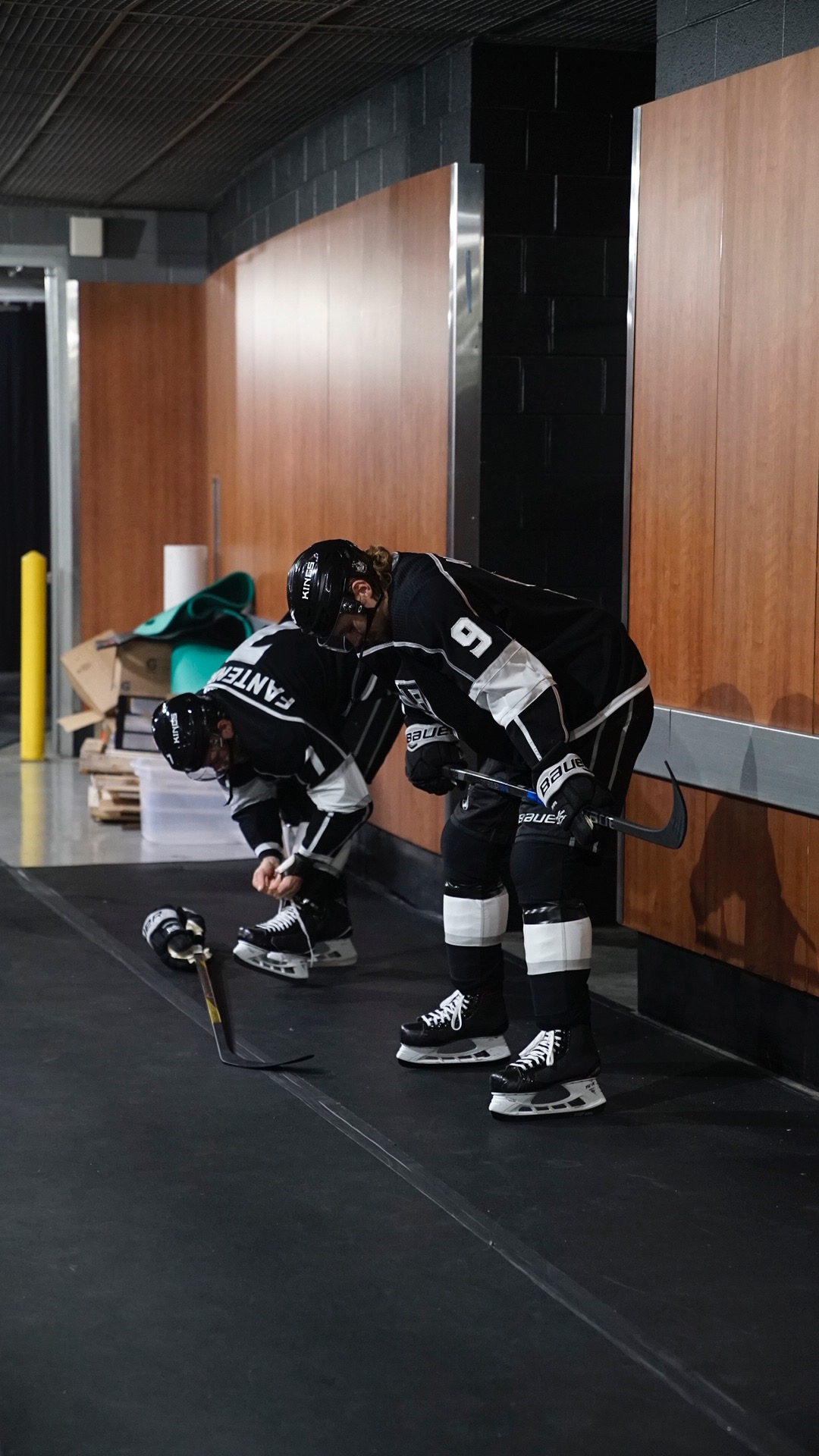 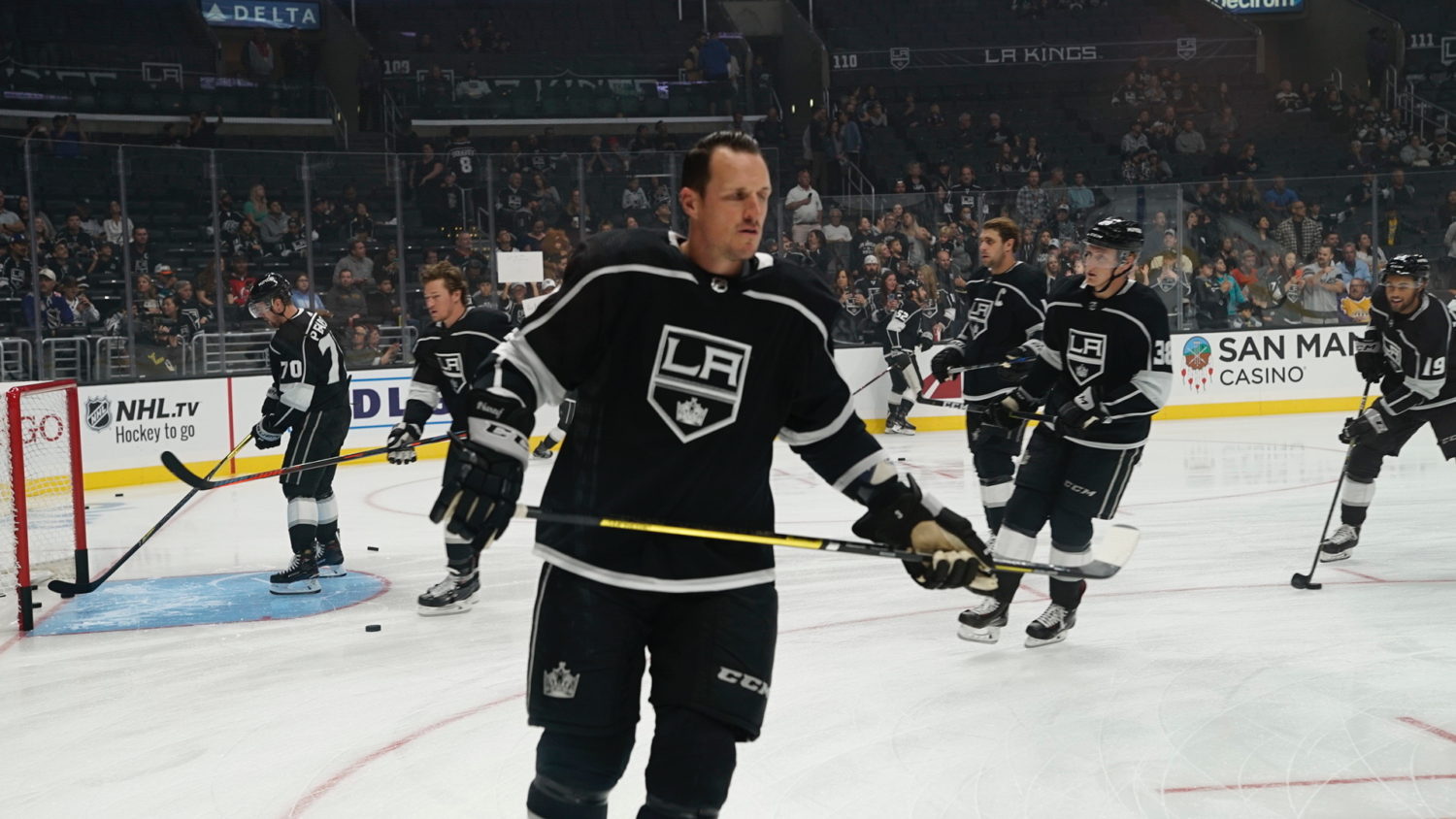 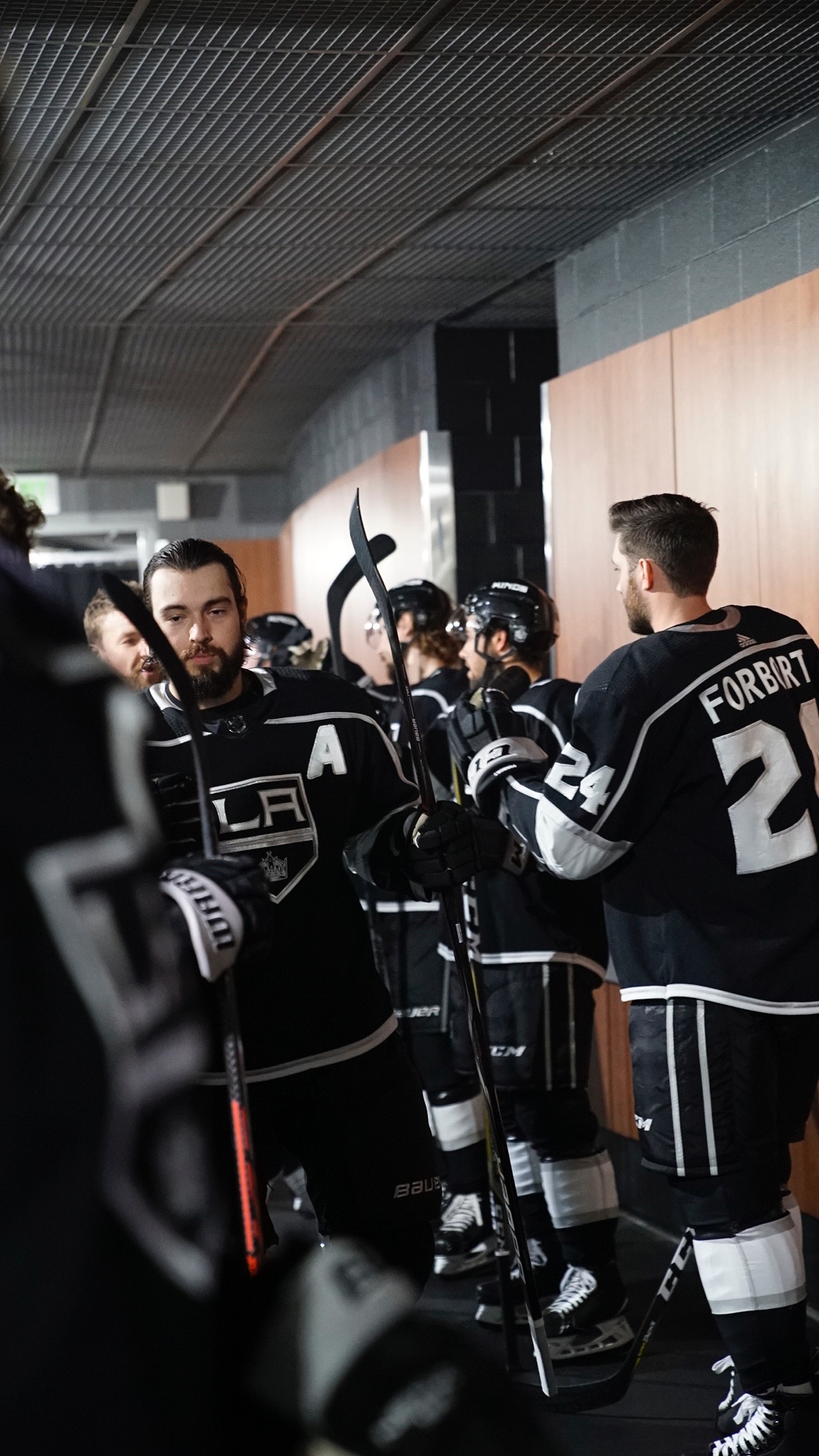