A special homecoming for the Kings’ two Utahns

March 30, 2018 was an eventful day for the Kings and their exclave in the Beehive State.

On that day, they signed Salt Lake City native and Minnesota State University defenseman Daniel Brickley to an entry-level contract and announced a commitment to play preseason games at Vivint Smart Home Arena, the home of the Utah Jazz. For Brickley, who won state championships with Skyline High School in 2010 and 2011 and appeared in one game with the Kings late last season, the headlines converged on his 23rd birthday.

Today, he and fellow Utahn Trevor Lewis will play the first of the three preseason LA Kings games scheduled for downtown Salt Lake City through 2020, representing the inroads made by Utah-born hockey players at the highest level of the sport.

“I know my entire Utah family is here, a few from Massachusetts,” Brickley said. “A lot of the hockey community will be here. Relatives – countless. I know I have a lot of tickets for tonight. It’ll be fun. It’ll be something special.” 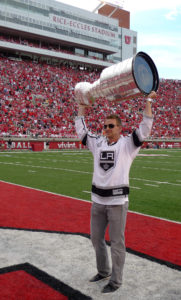 Given that there are two local sons on the same team, the charity work Luc Robitaille and Echoes of Hope have embarked on in Park City, the hockey camps run by staff and alumni, and the general proximity to a team that has won two Stanley Cups this decade – the Cup was hoisted by Lewis at Rice Eccles Stadium in 2012 – it’s natural to think of Salt Lake City as friendly territory.

Lewis waited in line at the Maverik Center – formerly the E Center, which hosted Canada’s gold medal win over the United States at the 2002 Salt Lake City Games – a decade and a half ago to see the Stanley Cup in person. Six years ago, he hosted a meet-and-greet at that same spot with the Cup in which 6,000 people attended. Months later, during the 2012-13 work stoppage, he played for the ECHL’s Utah Grizzlies to gain some in-game work to go along with his conditioning regimen.

“When I was growing up, there wasn’t much hockey at all, so I left when I was 15 to go play in Colorado, but I think since the Olympics and coming back here now, hockey’s grown a lot,” he said. “It’s cool to see how many more kids are playing nowadays, and seeing guys like Daniel come out of Utah too now, and guys are getting college scholarships, so it’s really grown a lot. Hopefully this game helps grow it a little more.”

Lewis and Brickley’s fathers, Randy and Matt, are longtime hockey buddies who go back decades. “Him having known my my entire life, it’s pretty wild to think that we’re both on the same NHL team, both from Utah,” Daniel Brickley said. “It’s crazy.” There’s a highly recommended story by Christopher Kamrani of the Salt Lake Tribune that provides additional context. 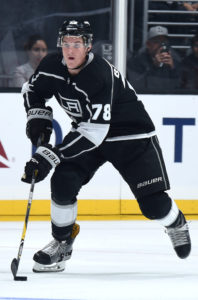 They’re separated by eight years but have been on the ice for about as long as Brickley has known how to skate. “He’s a real character guy, hardworking, and someone to look up to,” Brickley said.

They both learned to play at the Cottonwood Heights Ice Arena, located in the southeastern suburbs, not far from the Little Cottonwood Canyon ski areas of Alta and Brighton. “We lived right across the street. My dad used to take me over when I was two to skate. I pretty much lived there every day,” Lewis said.

Lewis says that he bought “20 or 30 tickets,” and that a number of friends also purchased their own. Brickley will be supported by his own family, which has traveled in from across the city and, per his Boston roots, across the country, as well. “I think Daniel’s [group] might be louder, but we’ll see,” Lewis said.

The focus will be on improving as a team and winning a preseason game, but the surroundings will provide a memorable night for two players and dozens of relatives and close friends. It’s also part of a regular exhibition slate. This decade, there have been preseason trips to Hamburg, Colorado Springs, Bakersfield, Vernon, British Columbia, Shanghai and Beijing in addition to flights to familiar Pacific Division cities, “but this isn’t too bad of a trip for us in terms of distance traveled,” John Stevens said.

After Sunday’s practice, the team played golf at Promontory Club near Park City. Lewis and Brickley were naturally in the same foursome. 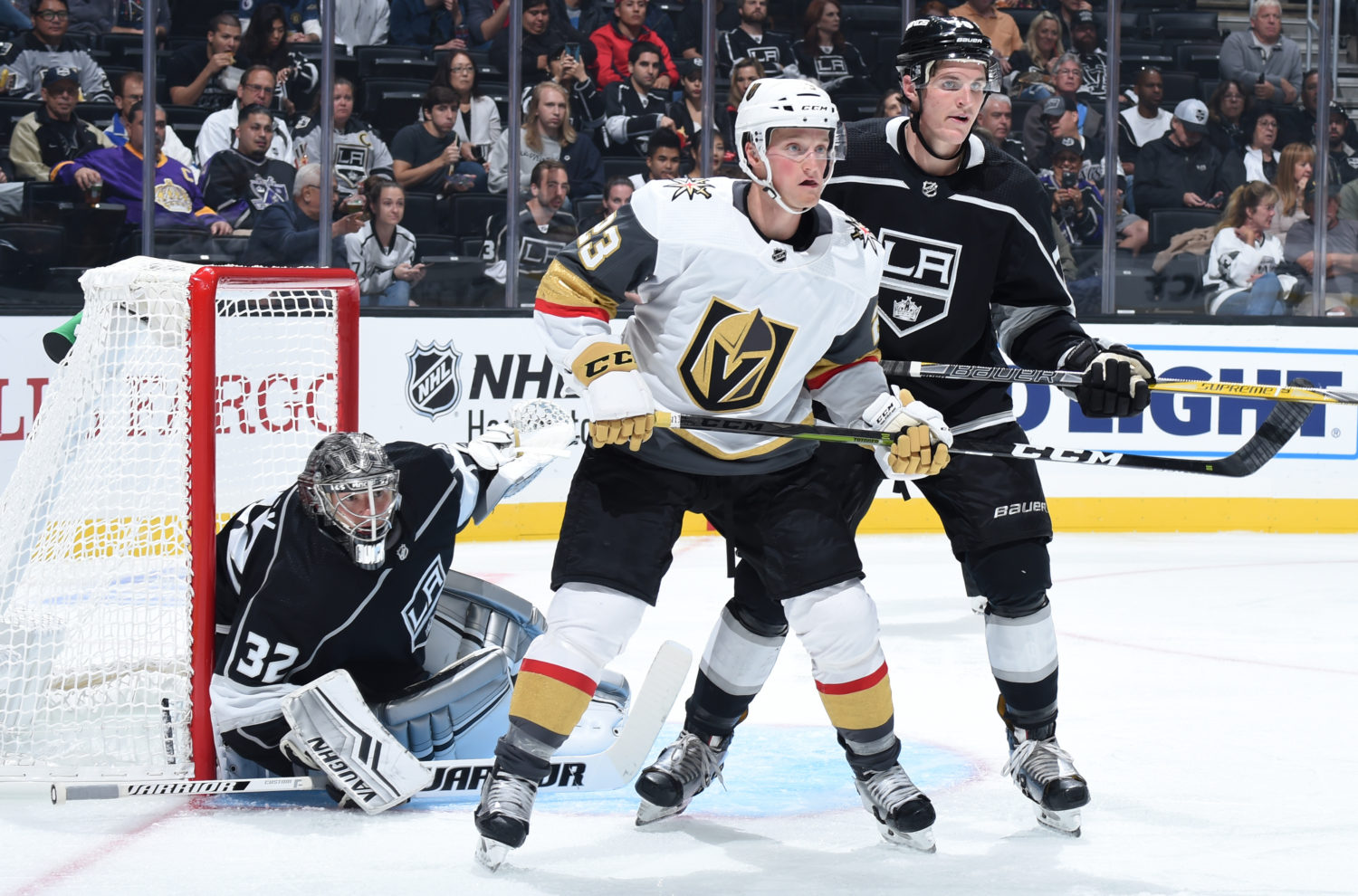 Trevor Lewis, on his reaction to learning there would be a preseason game in Utah:
It’s cool. I never really thought I’d play an NHL game here, but I’m definitely excited. I know my family’s really excited. I think I saw my dad out there – he must’ve taken off work today. I don’t know what’s going on there. I’m so excited, I can’t wait for it.

Lewis, on how often his family makes it to his games:
I think he saves all his vacation time to come out. Especially now with the grandkids, too, this summer might’ve been the first time he came out and hadn’t seen a game. They come quite a bit. My mom’s retired now, too, so she comes quite a bit.

Daniel Brickley, on any nerves returning to play in Salt Lake City:
My first game, obviously that was a lot of nerves. I lived in California all summer, I got to know the guys a lot. But coming back here, it’s exciting. Mixed emotions, I should say, but more exciting to play in front of them. Not too nervous.