LOS ANGELES – Two former long-time Los Angeles Kings and National Hockey League defensemen – Lubomir Visnovsky and Sean O’Donnell – and Willie O’Ree, a member of the Hockey Hall of Fame’s Class of 2018 and a long-time Southern California resident, will be honored at STAPLES Center this season as part of the club’s popular Legends Night Series presented by McDonald’s. O’Ree becomes the first former player who did not play for the Kings, or work for the Kings, to be featured at Legends Night.

To ensure that Kings fans have the best opportunity to enjoy this celebration of the team’s heritage, the team released a new three game Mini-Plan that will include the same seat to all three Legends Night games starting at just $156. Additional ticket opportunities from Full Season Memberships to single game tickets are also available. Visit www.LAKings.com/tickets or call 1.888.KINGS.LA to purchase or for more information. 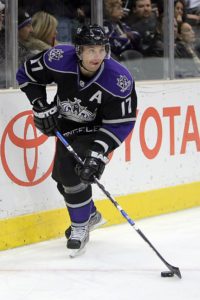 About The Legend – Lubomir Visnovsky:
Lubomir Visnovsky’s NHL career began when the Kings selected the defenseman in the fourth-round (118th overall) in the 2000 NHL Entry Draft, and it spanned nearly 900 NHL games.

With the Kings, the offensive-minded Visnovsky played 499 regular season games and 12 additional playoff contests. He represented the Kings at the 2007 NHL All-Star Game and ranks in the top-five among all Kings defensemen in points, power-play goals and game-winning goals in franchise history. He was named the club’s Top Defenseman on three different occasions and is the only Kings defenseman to ever lead the team in scoring in a single season.

A native of Topolcany, Slovakia, Visnovsky broke into the NHL with the Kings in 2000-01 as he appeared in 81 games as a rookie. As a rookie he posted a plus-16 rating, the best mark he would post in that category during his seven seasons as a King. He was named to the NHL’s All-Rookie Team after leading all NHL rookie defensemen in scoring with 39 points (he finished fourth overall in rookie scoring). He was also named the team’s Best Newcomer.

His inaugural season marked the first of three times that he played in at least 80 games with the Kings in a single season. In 2005-06 Visnovsky enjoyed his finest season with the Kings and was selected the club’s Most Valuable Player. He recorded 67 points (17-50=67) and 10 of his goals came on the power-play. His 67 points led all Kings skaters as he became the first Kings rearguard to lead the team in overall scoring (the 50 assists are tied for second most all-time by a Kings defenseman). The next season he scored 18 goals in only 69 games as he again led all Kings defensemen in scoring.

The Kings traded Visnovsky in 2008 to the Edmonton Oilers for Matt Greene and Jarret Stoll, two players who helped lead the Kings to two Stanley Cup championships. Overall Visnovsky played for four NHL teams (Kings, Edmonton, Anaheim and the New York Islanders), and his many international highlights include four Olympic appearances. 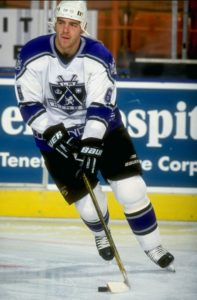 About The Legend – Sean O’Donnell:
Sean O’Donnell played in 1,224 NHL regular season games during his 17-year playing career. The defenseman played 541 of those games in a Kings uniform, enjoying two different stints with the team (1994-2000 and 2008-10).

Originally drafted by the Buffalo Sabres, the Ottawa native never played in Buffalo as he was acquired by the Kings on July 26, 1994 for Doug Houda. A few months later O’Donnell made his NHL debut, and the 1994-1995 season was the first of six straight seasons he played in Los Angeles, where he ranks sixth all-time in games played among defensemen while also ranking sixth overall in penalty minutes all-time.

A tough, stay-at-home defenseman, O’Donnell’s career was never about the scoresheet (he scored 15 goals in his Kings career). He was, however, one the club’s most dependable and durable on-ice performers. For three seasons – 1997-00 – O’Donnell was the only Kings player to appear in at least 80 games each season, and when he returned to the team in 2008 he averaged 80 games played over those two seasons, including playing all 82 games in 2008-09. Overall he played in all 82 games three different times in his career.

One of O’Donnell’s crowning NHL achievements came in 2007 when he won the Stanley Cup as a member of the Ducks. He played in 106 postseason games on the whole including 14 with the Kings. His NHL playing resume also includes time with Chicago, Philadelphia, New Jersey, Boston, Phoenix and Minnesota, where he served as that franchise’s first team captain.

O’Donnell in 1999 was named the co-recipient (with Rob Blake) of the team’s annual Community Service Award – the same year he led the Kings in penalty minutes – and upon retirement O’Donnell worked as an analyst for Kings games on FOX Sports West. He currently works in the Kings’ Player Development department. 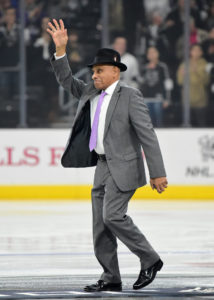 About The Legend – Willie O’Ree:
On January 18, 1958, Willie O’Ree became the first black player to compete in the NHL. O’Ree, who lost sight in his right eye after being hit by a puck at a young age, went on to play professional hockey for 21 years. His perseverance is unrivaled, and his impact on the game and the lives of young players is still felt today.

In addition to his time playing in the NHL, O’Ree established a long and successful playing career in Southern California. He played six seasons (1961-67) with the minor league Los Angeles Blades of the Western Hockey League (WHL) and parts of seven more seasons (1967-74) with the San Diego Gulls (WHL). He currently resides in San Diego.

Since 1998, O’Ree has served as the NHL’s Diversity Ambassador, spreading the message that hockey is for everyone. Working directly with youth, he travels across North America to schools and hockey programs, sharing his story and experiences to help underprivileged, marginalized and disadvantaged children build confidence, character and life skills.

In June 2018, the National Hockey League created the Willie O’Ree Community Hero Award, which recognizes an individual who – through the game of hockey – has positively impacted his or her community, culture or society.

This November, O’Ree will be formally inducted into the Hockey Hall of Fame in the builder category.