David Andrews, on how excited the league is to have its first AHL All-Star Game in California:
We’re really excited. We’ve never been west of Michigan (in the United States) before and when we expanded out here three years ago, right off the hop, there was the talk about when would we first move the All-Star Classic to California, and it’s happening and we’re really excited about it. It’s going to be a terrific event. Ontario and Darren as the team President here, they really wanted to wait until they were certain they had the infrastructure in place to host the event the way it needs to be hosted and they have it now and we’re looking forward to it.

Andrews, on the infrastructure needed to host the event:
Hotels, meeting space, and there are a lot of events around the All-Star Classic other than what’s on the ice, so all require facilities that will work for us. I think the new scoreboard in the arena, some of those other amenities that are happening here were important to the whole effort as well.

Andrews, on evaluating the California movement three years in:
It’s been terrific. There are so many different aspects to our business, but when you look at, first of all, we’ve got NHL teams on the West Coast who are happy now with their location for player development. They weren’t happy before – they were satisfied with the American Hockey League – but they weren’t happy and now they’re happy and that’s important to us because our business model is completely tied to player development. Having the Kings and the Sharks and the Ducks excited about the fact that they have their own American League teams close by, it’s really important. Secondly, the business has been really good, particularly in Southern California and San Diego’s success. Ontario’s success has kind of led the way. They’ve been in the top three or four teams in attendance for the last three years and now are the sort of franchises that we use as examples for other teams in terms of best practices and how teams need to be structured and the like. It’s been a big plus for us. Of course, we’ve added more teams. We brought Tucson into the league two years ago, this year we’re bringing Colorado into the league and so this whole Western expansion has now grown to seven teams and I would anticipate, when there is a 32nd team in the NHL, if it happens to be in Seattle, that will probably fill in an eighth team in the Western United States for us. It’s been a really positive step. I don’t think we ever really doubted that it would be successful, it was just a difficult birth.

Andrews, on conversations he’s had with the Kings and Ducks since westward expansion:
In fairness, and not because we’re here at a Kings event, Luc played a significant role in having this happen. There had been for many, many years, going back to when I first started 25 years ago, I can remember Tony Tavares back with the Ducks in the day was eager to see the American Hockey League to move west. It took about 22 years before that happened, but I don’t know if it would’ve happened without Luc’s leadership, because there were various players with the various NHL teams in the west who had views of how it should happen and how it might happen, how it might unfold, and they weren’t all in agreement on how that should happen, and I think Luc played a very important leadership role. To be really candid – not to suggest that I wasn’t candid before – but, to be really candid, I think without Luc’s involvement, and between Luc and myself, the relationship that we developed, I think we developed a lot of trust in each other and we were able to kind of move things forward in the right way after that.

Darren Abbott, on how he feels about the health of the Ontario Reign organization:
Pretty good. Our fans are awesome, they were awesome when we got here in 2015. We’ve been able to grow the season-ticket base, we’ve been able to grow revenues, and I think the biggest thing about this was to keep the hockey guys happy and Rob Blake is ecstatic, Luc with his new role is very happy about what we’re doing in Ontario. It’s been a home run from a Kings perspective and to hear Dave tell it from an AHL perspective too. Happy to be here, it was a lot of work getting out here, but it’s been a big success and it’s fun for everybody.

Abbott, on what attributes sustaining the off-ice success in a “non-traditional” market:
It’s a great market, it’s huge. The I.E is a big place, there’s a lot of people out here and it’s a building that’s in a perfect spot. It’s an ideal market, our building, Citizens Business Bank Arena, is perfect for American Hockey League play. The experience is the biggest part. When you come here, it’s easy to get to, it’s easy to park, the ticket prices are good, they’re right on par, so everything is good from that standpoint. With our partnership with the Kings, we’ve really taken a lot of their sense of excellence for game presentation and tried to roll it over here in Ontario and that helps a lot. It’s having a fan base that talks to one another, spreads the word that it’s a good value and it’s a god night out on the town and we’ve been real happy with it.

Abbott, on the buy-in from the City of Ontario and surrounding cities:
It’s been great. When you’re talking about the All-Star Game, Michael Krouse and SMG and the Convention and Visitors Bureau, they’re playing a really big role behind the scenes in helping us get set up with not only hotels but also trying to facilitate our needs for hospitality and things like that. The city’s been wonderful, Paul, he’s there for us whenever we need him and it’s really been good. We did a new lease a couple of years ago, we have a ten-year lease here in the building and we’re not going anywhere, we love it here.

Abbott, on upgrades and remodeling to CBBA in advance of the All-Star Classic:
There are a lot of things on the docket right now and the biggest thing is the new scoreboard we’re getting. The scoreboard that you see here today is the one that was in Staples Center before the one that’s currently there. We get a new scoreboard that’s supposed to be in this fall and that’s probably the biggest thing and with a new scoreboard will come HD cameras and those types of things. There’s a new hospitality patio outside that will be finished for this season as well. We did talk to Michael and the city, if we get this event here, can we get a new scoreboard put in and they were great about that. It’s not a small investment, so we’re excited about that. 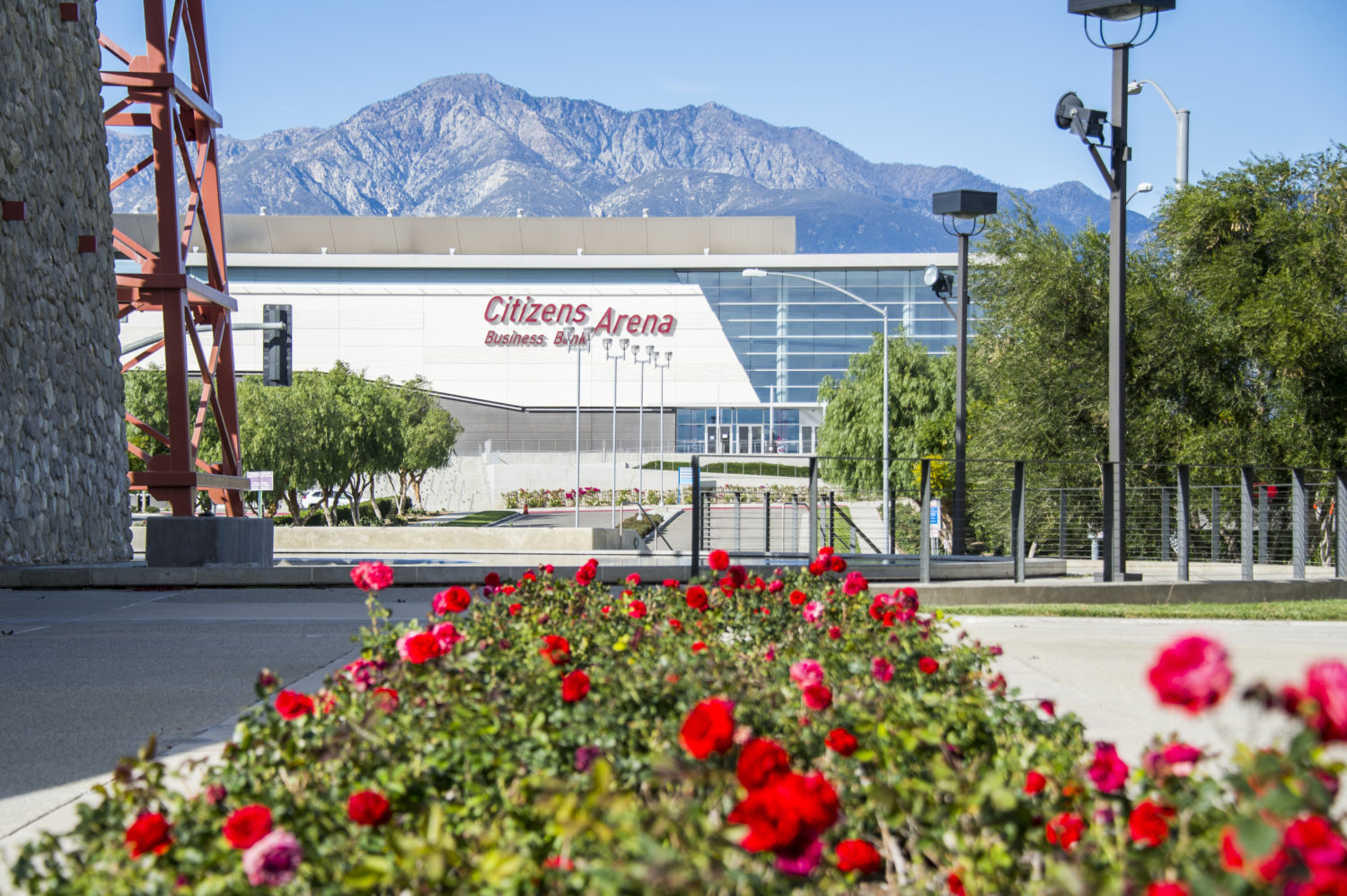