Hockey season is nigh.

The Kings released a 60-man training camp roster on Wednesday in advance of the first on-ice sessions later this week. After weigh-ins and meetings Thursday, the first Kings group will take the ice Friday morning at Toyota Sports Center. The schedule: 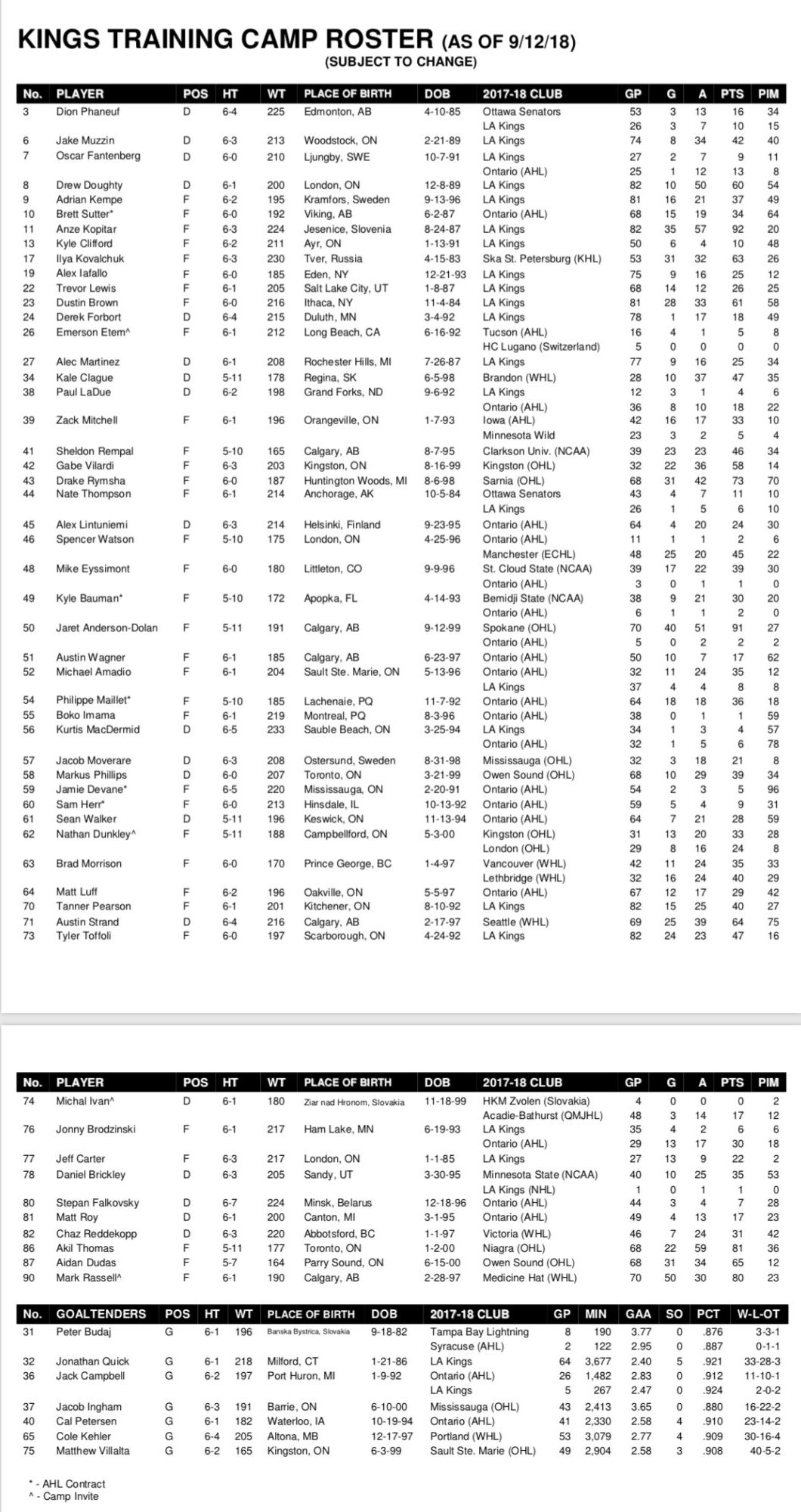 -There are no additional PTOs beyond Emerson Etem, whose presence had already been reported, and the rookie camp participants. The details are still being worked out so that Matt Moulson will be loaned to the Ontario Reign, but he’s not included on the camp roster.

-New numbers! I can’t remember if this was shared earlier in the summer, but Jack Campbell has moved from #1 to #36 and Jonny Brodzinski returns to #76 with the arrival of Ilya Kovalchuk, who will wear 17. (A note: Kovalchuk wears 17 – and 71 internationally – to honor Valeri Kharlamov.)

-In the Reign vs Reign game, the word on the street is that several of the team’s more high-profile regulars are expected to participate. Two years ago, participants included Tyler Toffoli, Tanner Pearson and Brayden McNabb, but most of the skaters wore numbers above 50, if you catch what I’m saying. As always, rosters, schedules and the weather are always subject to change.

-There’s no official word yet on Gabe Vilardi. I checked in last week and heard that he’s skating and improving, but from earlier correspondence I’d be skeptical of his immediate availability. It’s always possible that may have changed; his status will be one of the more important stories at the outset of camp. Stay tuned on that front.