JAMIE DEVANE
The Stats With Ontario: 54 Games Played / 2 Goals / 3 Assists / 5 Points / 96 Penalty Minutes / -6 Rating
The Background: Jamie Devane joined the Ontario Reign for the 2017-18 season with more than 200 games of AHL experience already under his belt. Originally drafted in the third round of the 2009 NHL Entry Draft by Toronto Maple Leafs, Devane made his professional debut in 2010 with the AHL’s Toronto Marlies. After two additional seasons of junior hockey, Devane went on to play the bulk of five seasons from 2012-17 in the AHL with Toronto, Milwaukee and Stockton, in addition to two NHL games with the Leafs in 2013 and 12 ECHL games with San Francisco in 2012. Devane compiled 44 points (18-26-44) and more than 400 penalty minutes over those five seasons in the AHL, including a career high of 146 in the 2013-14 campaign.

The Season: Devane began the season as one of the more veteran players in the Ontario lineup and made his season debut in the team’s opening game on October 7 against San Antonio. Devane picked up his first of eight fighting majors on the season on October 28 against Cleveland, also Ontario’s first victory of the season.

The 6-5 winger was in the Reign lineup for each of the team’s first 19 games and collected four points over an eight-game span from November 11 through December 3. Devane collected his first point of the 2017-18 campaign, an assist (and a slick one at that!), on 11/11 against San Diego and followed it up with another helper three games later on 11/22 versus Stockton. Devane found the back of the net for the first time on the season on November 26 against San Antonio, his first AHL regular-season goal since January 2017 with the Heat. Devane capped his stretch with an assist two games later on December 3 in a win over Tucson.

The Mississauga native recorded a +6 rating during those eight games and posted a positive rating in five of six games from 11/11 through 11/26. Devane went on to miss just two games during the 2017 portion of the Reign’s schedule and picked up his third and fourth fighting majors of the season on 12/23 and 12/29 respectively.

Devane tallied his final goal of the season on January 20 against Stockton, one day after he amassed a season-high 17 penalty minutes. The Canadian winger went on to skate in 22 of the Reign’s final 29 games and collected his final three fighting majors of the season on February 2, February 10 and March 23. Throughout the course of the season, Devane scrapped twice against both Evan Polei (Bakersfield) and Luke Gadzig (Stockton). His most memorable fight of the season was the tilt on December 23 against James Melindy against San Diego, a center-ice bout in which Devane claimed a heavy advantage.

Overall on the season, Devane collected five points and the Reign won each of those five games. His 54 games were the third most he’s played in a single season at the AHL level and his 96 penalty minutes are the second most.

Devane on he and his line’s play after his first goal of the season on 11/26
“It was nice to get that first one, get the monkey off the back. I think our line, we just keep it simple, get pucks in deep. We just keep it simple, read off of each other and – we weren’t the greatest today – but sometimes it bounces your way.”

Ontario Head Coach Mike Stothers on Devane
“He just does whatever the team needs. He’s the big brother, he’s the protector, he’s always in a good mood and it’s nice to see those guys get on the board.”

Jamie Devane is an extremely hard-nosed player whose greatest assets don’t always show up in the stat columns. He’s one of those players that carries all of the intangibles you need on the ice. One second he’s winning a battle in a corner following a crunching hit, the next he’s leading a player into a perfectly placed pass. He protects the puck extremely well and has that capability to help change a game’s flow and momentum with one great shift. I’m excited to see him in a veteran role on a young team this season.

A Look Ahead: Jamie Devane returns to Ontario for his second season in 2018-19 after he signed a two-year deal last summer. While Devane is not the biggest contributor to the stat sheet, his contributions, especially on what figures to be an extremely young Reign roster, won’t go unnoticed. Having a guy that, as Stothers put it, “does whatever the team needs” is something that every coach values. Devane brings size (6-5, 220) and experience – both in the regular season and Calder Cup Playoffs – and should continue to be a viable contributor in the bottom six this upcoming season. 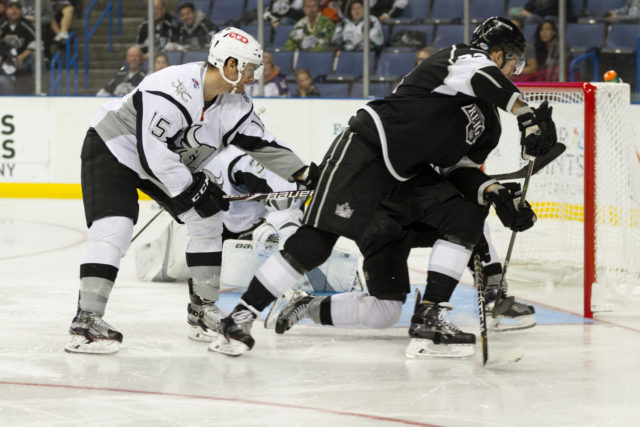 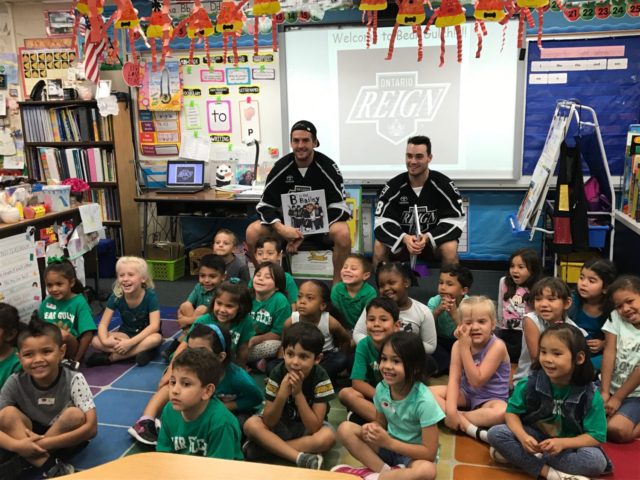 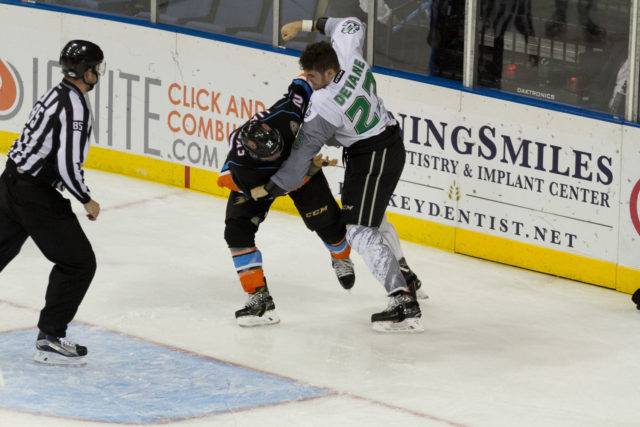