LA Kings General Manager Rob Blake announced in late August at the Kings State of the Franchise Event that the Ontario Reign would shift their practice operations to the Toyota Sports Center in El Segundo. On the surface, the change means that the team will practice and live in the South Bay while playing games 60 miles east in Ontario, but the underlying benefit comes through player development, more consistent ice time and a desire to better unify the Kings and Reign as one organization.

Speaking after the event, Blake emphasized the pros of monitoring player development as the prime rationale behind the move.

“It was based off of development, more eyes on [the AHL prospects], the ability to get more ice time for practice,” Blake said. “We still understand that there’s the community [in Ontario] for games, but we felt that having them under our vision, with our development guys, working on certain skills prior to practice is much more of an advantage to do it at the Toyota Sports Center.” 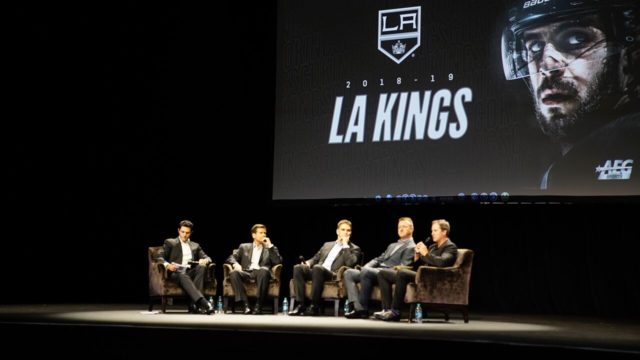 The primary focus of the Ontario Reign is to develop players who will one day play in the NHL. Three years ago, the Kings made a significant organizational shift to streamline player development by relocating their AHL franchise from Manchester, New Hampshire to Ontario, reducing the commute to Staples Center from more than 3,000 miles to under 50. Such an arrangement will be reinforced further this year as the Reign players will now practice under the same roof as the Kings, with access to not only a regular ice sheet, but also the off-ice facilities and tools as well.

“The plan is for our players to use a world class facility at TSC to develop not just on the ice but off the ice, not just with the facilities but with more access to Rob and his development staff to work on specific skills that they need to develop,” Ontario Reign President Darren Abbott said. “Having everyone under one roof with strength and conditioning, sports nutrition, those kinds of things will really help the players and the Kings.”

There were other factors beyond developmental needs. Availability at Citizens Business Bank Arena, is at a premium with the booking of additional events, concerts and tenants. It’s a “good thing,” according to Abbott.

When asked about the possibility of building a facility within the Inland Empire, Abbott mentioned that it’s still something being discussed.

“Finding more sheets of ice in Southern California is something that the Kings, and the Ducks for that matter, are very involved in,’ Abbott said. “We will always continue to explore potential opportunities to grow hockey in the region. If a deal comes together that could benefit the Reign, I am sure Rob and Luc would take a long look at it.”
But the decision to shift the Reign’s operations west is based primarily on player development.

The change gives a player – for example, Kurtis MacDermid, if he were to be assigned to Ontario – the option to work with Sean O’Donnell on any given day. Ontario centers can now regularly work with Jarrett Stoll and Reign netminders can be under the watchful eye of Dusty Imoo. Ontario General Manager Rich Seeley said that slots have already been scheduled, in addition to regular practices, for Ontario players to work with the development staff in smaller groups.

The player development angle is something that the hockey operations staff on the Kings side is also incredibly excited about. Only three other AHL teams – San Jose, Manitoba and Toronto – practice under the same roof as their parent club. Having access to the Reign players each day they’re at home is something that Nelson Emerson, Kings Director of Player Personnel, and his staff are looking forward to.

“We’re extremely excited, we really believe in the baseball and football mentality, coaching specific fundamentals to get better,” Emerson said. “We can take each athlete into that area with a specific coach to get better, whether it’s Jarret Stoll for faceoffs, Craig Johnson for skating, Sean O’Donnell for defensive retrievals, Mike Donnelly for stickhandling and skills. We really feel like we can implement the staff to be successful.”

While that is all positive, everyone I spoke with also understands the other school of thought.

Yes. This is California and traffic is a concern, one that everyone involved understands and alluded to.

Having talked at an extensive length about game-day preparation, the plan is to have players moving between El Segundo and Ontario at optimal times to minimize risks of being caught in traffic. It’s not a fool proof situation and no one hid from the issue when asked, but fans can know that these guys won’t be on the freeway system at 4 PM on a game day, because they will have already been in Ontario for hours.

Seeley said that the general plan at this time is for the Reign to drive to the Inland Empire immediately after morning skate, getting players into day rooms in Ontario long before game time. This will allow for players to maintain their gameday routines, get in a pre-game nap and a pre-game meal on normal time, while still utilizing the facilities at the TSC for morning skates, treatment and preparations. 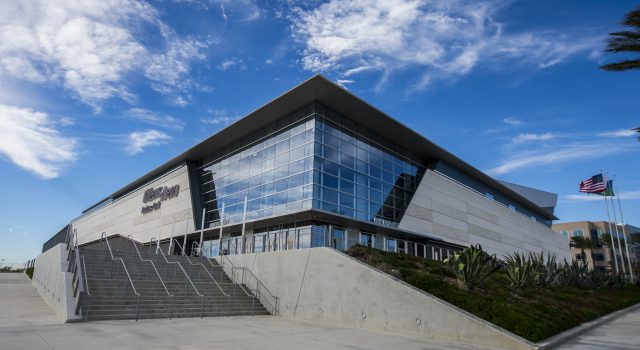 Seeley and Abbott both reiterated that plenty of hotel rooms – both daytime and overnight, when applicable – will be provided to help minimize any of the inconvenience for the players.

“There are certain things that take extra planning between the front office staff and the hockey operations staff, certain considerations that need to be done to have the location and those 50 miles be the most convenient and have the least amount of impact on our players overall,” Seeley said. “We feel that the potential impact doesn’t even come close to outweighing the benefits of being under one roof, having the development staff, our NHL General Manager and the NHL coaching staff able to have their eyes on our guys.”

El Segundo’s location also lends itself to additional practice possibilities around road games. While player development and unification of the Kings and Reign as one brand are the primary reasons for the move, the proximity to LAX will open up more options with regards to the other half of the Reign’s schedule, the 34 games that are played away from Ontario.

Being closer to LAX, rather than Ontario Airport, creates additional flexibility with travel to away games, creating more direct flights into away cities, as well as a greater availability for travel time.

“We’ll gain lots of time with our travel and be able to have some days that look a little bit differently than they have in the past,” Seeley said. “We’ll be able to have a practice and a full workout in the morning and then travel in the afternoon and be able to beat those time restraints and have a good meal the night before without being held up with flights.”

As Seeley mentions, the convenience of being so close to the airport opens up the possibility of getting additional practice time in at home before the team travels on the road. In previous seasons, travel days have been days lost without the opportunity to practice prior to a trip.

“There’s going to be a lot of practice time. Every week, there will be multiple development days for the players,” Emerson said. “The airport is right there and you can do that in the morning before you travel, it’s another advantage.”

As an organization that prides itself in community involvement, perhaps the most challenging part of the move for the Reign will be staying in touch within the Inland Empire.

“When we made this decision, Luc [Robitaille] and Rob [Blake] were very concerned that the team would still be out in the community, so that was really priority number one as far as the local community is concerned,” Abbott said.

Seeley mentioned that community events will be unchanged by the move to El Segundo.

“It will be made clear to the players that our involvement in the Ontario community is paramount,” he said. “We’re planning on the back end with the office staff that the events we had last year – the Gala, the adopt a family event, the children’s hospital visits, Break the Ice – they’re all going to be carried over. I don’t think there are any events that were held in previous years that won’t be done this year as a result of the move.”

Seeley did say that the events require significantly more planning between the Reign front office and the hockey operations staff, trying to coordinate timing so that it has the least amount of impact on the players. The bulk of the work has been coordinated behind the scenes to ensure that the Reign will still be just as involved in the local community, without putting additional burden on the players.

As Abbott said, the emphasis on community came directly from the top, as did the overall arching theme of the move, which is a desire to bring the Kings and Reign closer together as one organization. Creating a more systematic flow between the NHL and AHL clubs should benefit both teams, in the interim and in the long term, as the Kings look to turn AHL players into NHL talent.

“Everything we’re doing is about developing players and winning hockey games,” Seeley said. “Both go hand in hand and they’re both equally important – All of this, at the end of the day, is for the guys wearing the Ontario Reign sweater to become NHL players, to become Los Angeles Kings.” 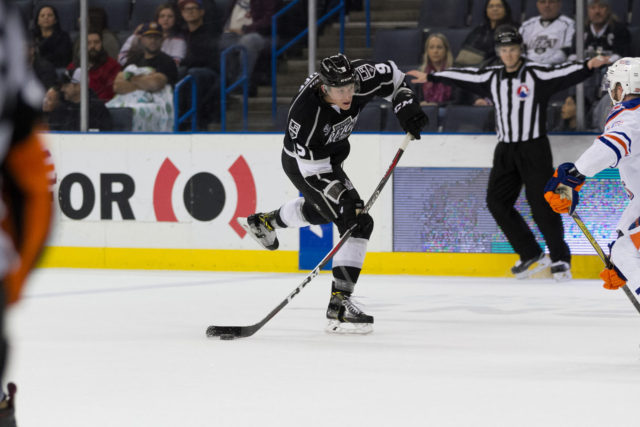