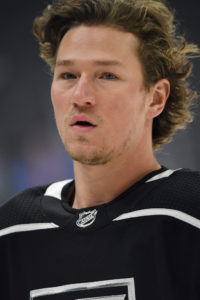 The good: In most 25-year-olds’ cases, an eight-goal, 13-point spike in production would be cause for encouragement, but that doesn’t speak for Tyler Toffoli, whose enigmatic campaign aligned with episodes of the team’s overall success. He raced out of the gates in a push to separate himself from an injury-marred mess of a 2016-17 season, scoring 13 goals in his first 27 games and sitting with 17 though December 30. And then, the doldrums. Toffoli scored six times in his final 40 games and was kept out of the net in the first round to Vegas. More on that in a bit. First! Toffoli appeared in 82 games for the second time in his career, joining his 31-goal, high water mark 2015-16 season. He remained someone reliably on the right side of the puck and with a +9 rating pushed his career plus-minus to +99, which ranks third in franchise history behind Dave Taylor’s +186 and Marcel Dionne’s +105. His possession metrics fell a touch from a traditionally elevated perch, but Toffoli remained a reliable, positionally sound forward with a whip-fast release, a respected finishing ability and the willingness to do his share in the dirty work along the boards and to keep pucks out of his own net. Along with familiar linemates Jeff Carter and Tanner Pearson, Toffoli produced some of the most chance-trading direction-of-play rates on the Kings. The three players ranked first, second and third on the team in on-ice, 5×5 shot generation, and also boasted elevated rates in shots against, and chances for and against. Toffoli wasn’t on the ice for as much offense as Pearson or Carter, but his on-ice goals-against rates were better than his fellow 70-somethings. From a purely secondary standpoint, his qualifying metrics seemed to be in-place and status quo, minus some drop-off in raw Corsi and penalty killing time. (His 35-second drop-off in shorthanded time on ice was due to a number of factors, including a wide array of capable L.A. penalty killers that welcomed Torrey Mitchell and Nate Thompson into the fold, the desire to have a center with good wheels on the penalty kill, and to keep Toffoli fresh for other game situations.) 2017-18 was Toffoli’s most effective season at drawing penalties, and his +12 penalty plus-minus was second on the Kings and tied for 26th in the NHL.

Toffoli in 2017-18 drew inevitable comparisons to Pearson, who also hacked through a difficult slog in which his scoring fell despite phenomenally good on-ice goal rates that indicated many of his unheralded, goalie-screening, battle-winning efforts were bearing fruit. Essentially, Pearson appeared to be highly responsible for much of the offense his line generated; he just wasn’t getting personally rewarded for it. Toffoli, on the other hand, did as he does and amassed a career-high 251 shots on goal – 38 more than he logged any other year – but was deflated by a 9.6% shooting percentage that represented a marginal drop from his injury-affected year prior and a step down from his 11.6% rate entering the season. He seemed to be getting The Looks. There was lots and lots and lots of talk about The Looks this past season, extending all the way into a preview of what would be the team’s final playoff game. With intuitive offensive zone awareness and a keen sense of where to position himself in an attempt to score, and a quick, effective release, it was unexpected that a player squarely in his prime would run into such challenges related to shooting percentage and scoring inconsistency. John Stevens praised Toffoli’s shot output and his ability to play on the right side of pucks, but also acknowledged there’s a role to play on a team that was thirsty for regular scoring beyond its top line. “We think he should be somewhere between a 25 and a 30-goal scorer and a guy that can play in all situations,” he said in December.

The bad: For a player who provided postseason dividends as a 20-year-old rookie and laid the Blackhawks to waste in a scorched earth reign of terror one year later, Toffoli, an important piece of the Kings’ improving but fragile finishing ability, has one assist in his last nine playoff games and uncharacteristically was unable to capitalize when presented a golden chance to change the trajectory of Los Angeles’ first round series with Vegas. 24 goals in the National Hockey League is nothing to scoff at, but as noted there were too many lull-ish moments that placed a cap on his overall production, and Game 3’s missed opportunity seemed to typify the series with the Golden Knights. “It’s kind of been getting pucks on net and getting there, and … I’ve just got to get pucks up and be able to find a way to score,” he said between Games 3 and 4. “I’ve had plenty of opportunities to score. I’ve just got to be able to finish.” And that’s what makes Toffoli’s lukewarm 2017-18 so difficult to diagnose. The chances appeared to be there, the shots most definitely were. The forward simply wasn’t able to snap himself out of a second half malaise that put clamps on what was shaping up as a promising year offensively. 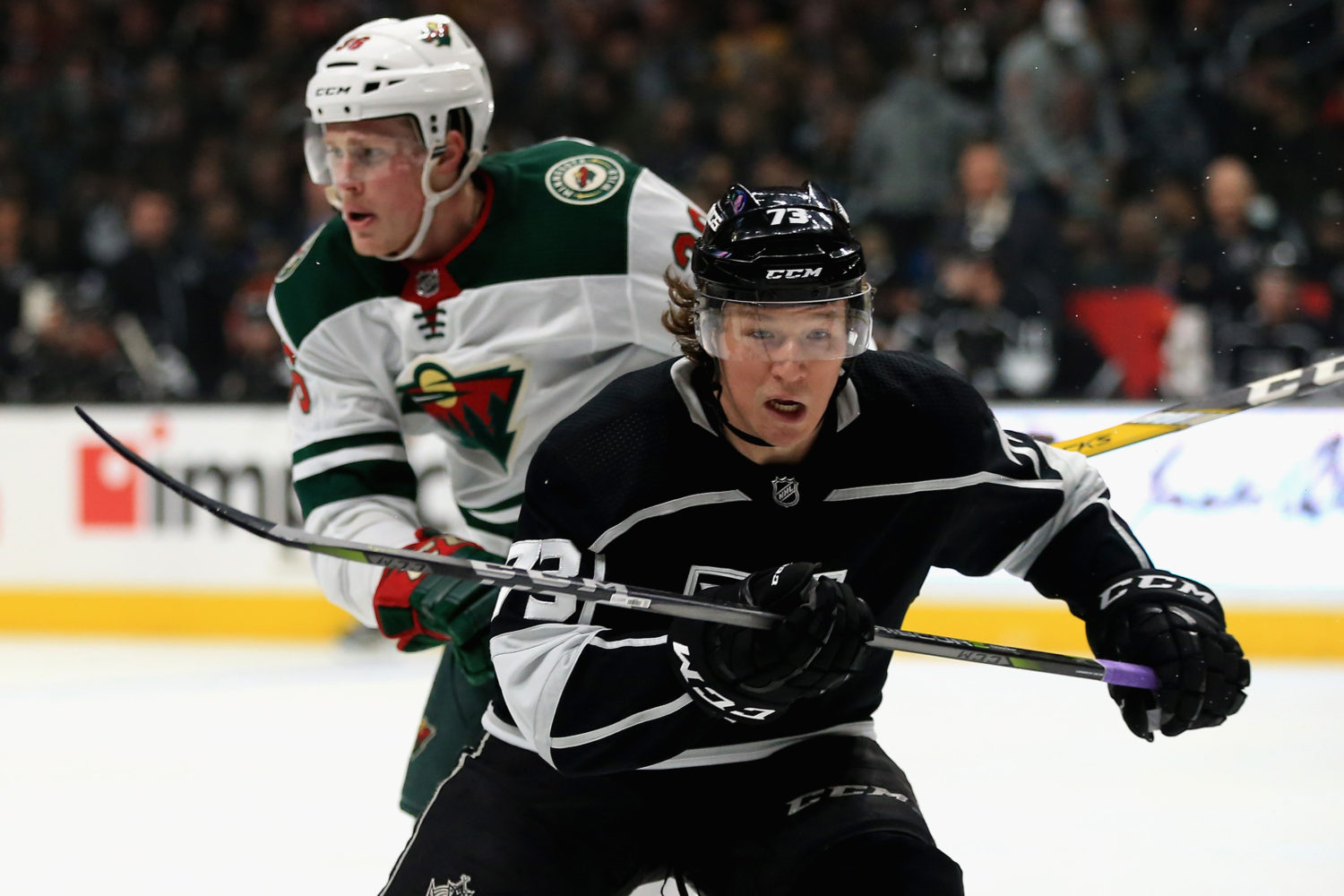 Going forward: Toffoli’s most productive year was the Milan Lucic Year, which makes Ilya Kovalchuk’s arrival interesting. Kovalchuk and Toffoli aren’t likely to play on the same line – not to the same degree as Lucic, who spent 660 extraordinarily effective minutes with Toffoli in 2015-16 – but his presence will help to ease a burden on a player who regularly faces extremely difficult competition. Should Kovalchuk find a nice and comfortable landing spot, he’ll help spread out the opposition and how they choose to game plan for Los Angeles. A promising wellspring of secondary production lies in Toffoli and Pearson, who did not hit their ceiling despite otherwise capable play and should be able to benefit from a deeper offensive bent team-wide. The two forwards, both in their prime years, were a combined 16 goals off their career-highs, and with the arrival of Kovalchuk should help off-set any production lost if Anze Kopitar and Dustin Brown fail to replicate their own career years.

Teams have inquired about Toffoli, but as it has been written on these pages, the Kings are looking to build around its younger players with term, not move them, and greatly value Toffoli’s pure goal scoring ability. It’s important that Toffoli’s 2018-19 season serves as a rebuttal to his two previous campaigns, because much of what the team needs to make up offensively needs to come from within, and it would be fitting to see a player who has taken a significant step in his training and his leadership pull be rewarded for the work that he’s put in. Any similar 40-game schlep would not serve as an encouraging omen. “I think those are going to be two guys that are going to be key for us to become a better offensive team and have more consistency in our game to be able to win tight games,” Stevens said of Toffoli and Pearson. “Those guys are 200-foot players that play in all situations and have both won before. I think they’re guys we can lean on heavily but they’re guys that we’ve got to help become better players.” Toffoli has two seasons remaining on a contract that carries a $4.6-million AAV and will be eligible to sign an extension on July 1, 2019. 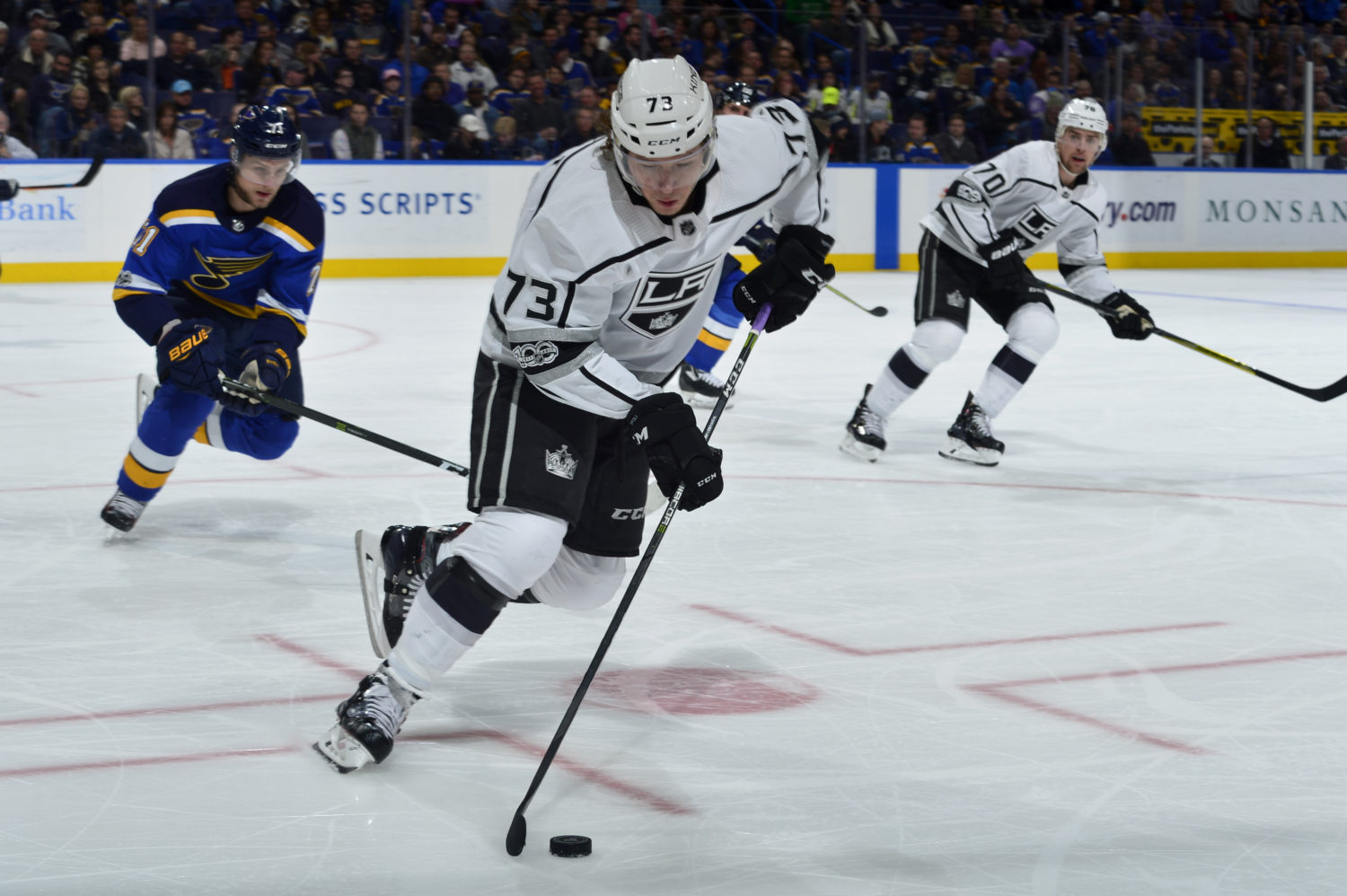 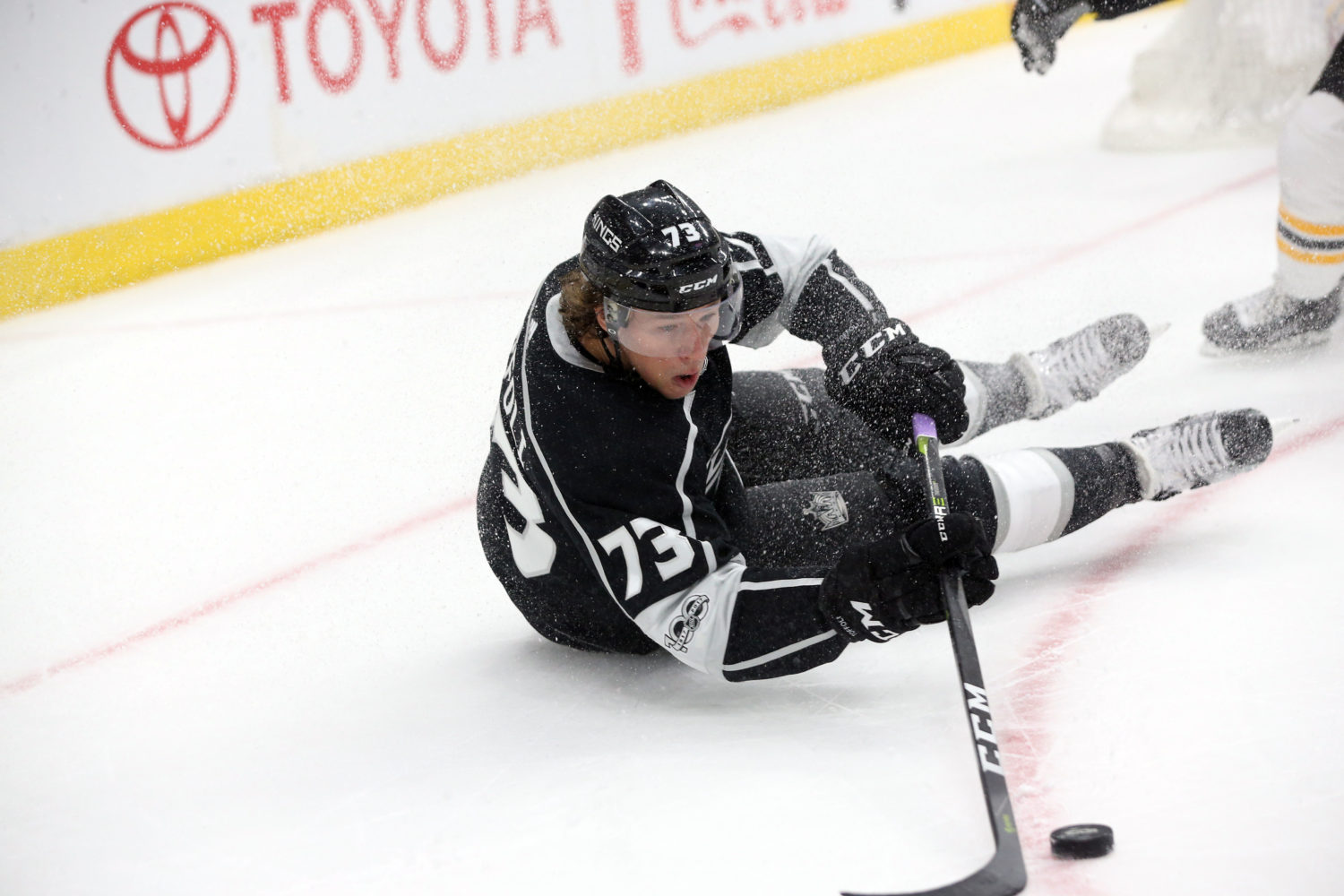