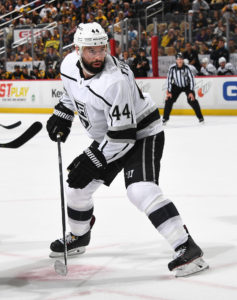 The good: Acquired from Ottawa along with Dion Phaneuf in the trade that sent Marian Gaborik and Nick Shore (and 25% of Phaneuf’s cap hit) to the Senators, Nate Thompson provided versatility, penalty killing prowess and reliable, veteran fourth line play to a Kings team that benefited from his experience and character-driven leadership. Thompson didn’t miss a game from his debut on February 15 at Pittsburgh through the fourth game of the playoffs, regularly logging low-teen minutes while providing a hardened battle element and his trademarked checking. This isn’t easy to do, but Thompson actually improved on Shore’s penalty killing success, posting a team-best 30.6 SA/60 over the 1:34 of shorthanded time he averaged during his Kings tenure. In just over 41 4×5 minutes, only two goals were scored with Thompson on the ice. Amongst forwards, he most frequently saw the ice alongside Kyle Clifford and Torrey Mitchell, but still drew praise for his work with younger forwards and less tenured skaters. A straight-line player who forechecks effectively and adheres to positionally sound detail, Thompson didn’t have any sort of learning curve upon his arrival. “It’s a simple hockey game, the way they play, but it’s a ‘hard-to-play against game,’ north-south,” he said shortly after joining the team. “It’s the way I like to play, so I don’t think it will be a hard transition at all.” Thompson came as advertised as an excellent faceoff artist and led the Kings with a 56.7% rate.

The bad: Though he’s well-suited for a fourth line role on a responsible team like the Kings, he wasn’t able to transfer his forechecking and sturdy play into added offensive zone opportunity. There may be no player on the team fit as snugly in a “shutdown role.” From his arrival onward, no King started a lower percentage of shifts in the offensive zone nor a higher rate of shifts in the defensive zone. Based off these ruthless zone starts, Thompson turned in a -7.6% CF%Rel in L.A., which was the seventh-worst league rate among all NHL skaters who played regularly from mid-February onward. Context! With such deployment, it’s easy to forgive his 43.3% raw Corsi-for, or his 1.23 GF/60, or his two penalties drawn over 69 games with the Sens and Kings. Though through no individual shortcomings of his own, Thompson, who has a reputation as a competitive forward who thrives in heavier, springtime hockey, logged only an additional four games of playoff action and wasn’t able to factor into the Kings’ first round series. With a $1.65-million AAV, his defensive-minded services do not come cheap for a Kings team pressed up against the cap. 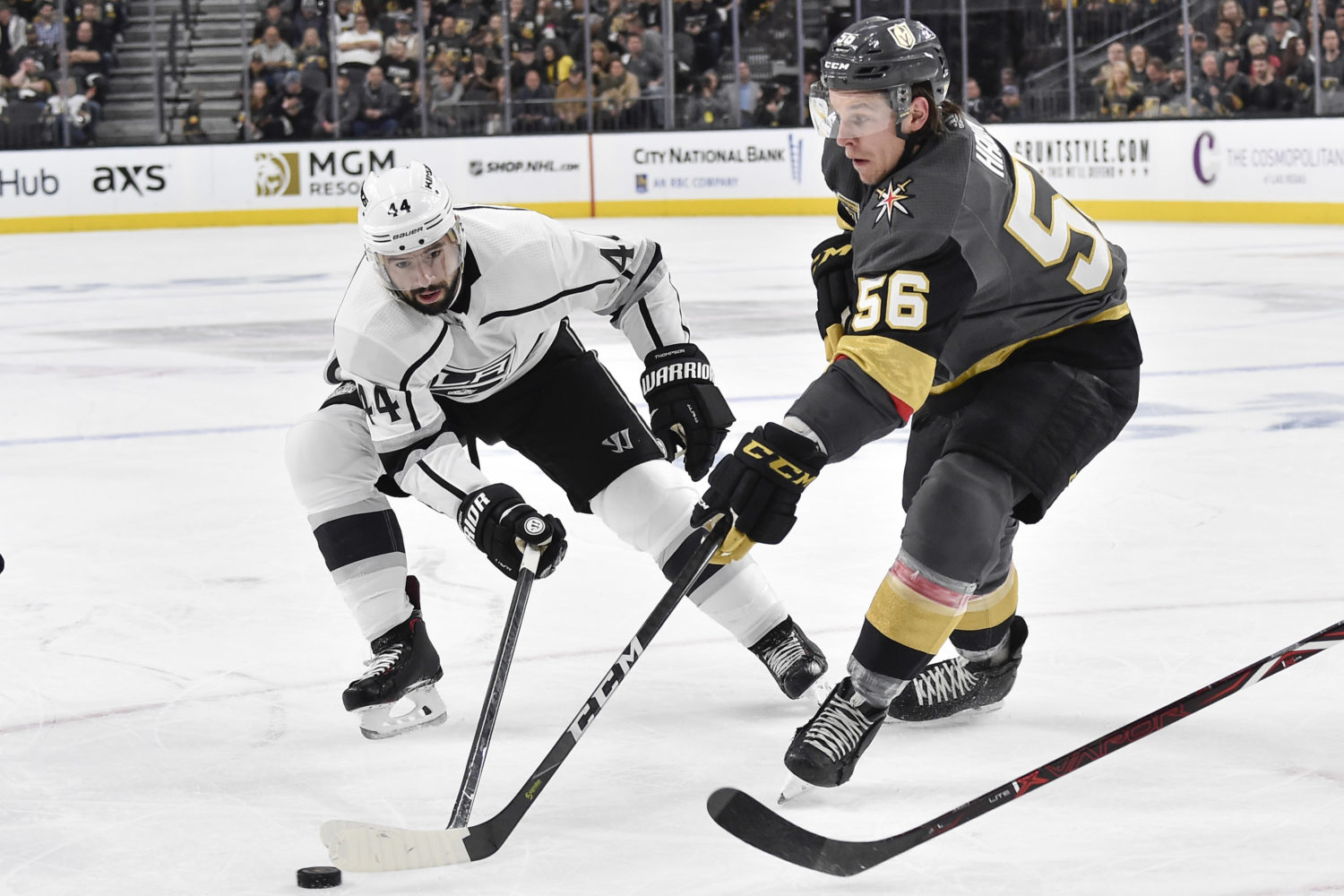 Going forward: Thompson has to earn a spot on the Kings, but because the team traded Andy Andreoff to Tampa Bay and did not qualify Toby Rieder, there’s less traffic on the route to the 2018-19 roster. The current template has Thompson once again in a fourth line role, but should another player – Austin Wagner? Sheldon Rempal? – emerge from relative obscurity contend for a spot, a la Alex Iafallo, he will face tangibly stiffer competition. Hypothetically, if the Kings ever decided to assign Thompson to Ontario – he last was placed on waivers in January, 2010 by the New York Islanders and was claimed by Tampa Bay – they would receive $1,025,000 of cap space and would still be responsible for $625,000 of Thompson’s salary. But role players are integral to depth, and Thompson’s overall production in 69 games was plenty passable for a fourth line role, especially given his more intangible assets. It’s not out of whack with the versatility, leadership and personal production supplied by players like Brad Richardson or Colin Fraser. “I think you always need a really good utility guy that can move around in your lineup because there are injuries or things that happen in a game,” John Stevens said in April. “Nate’s got the ability to do that, and he’s got enough experience in the league that he’s been a really good voice for our younger players in our locker room, so you can pair him up on a line with some younger guys and he really seems to settle things down.” 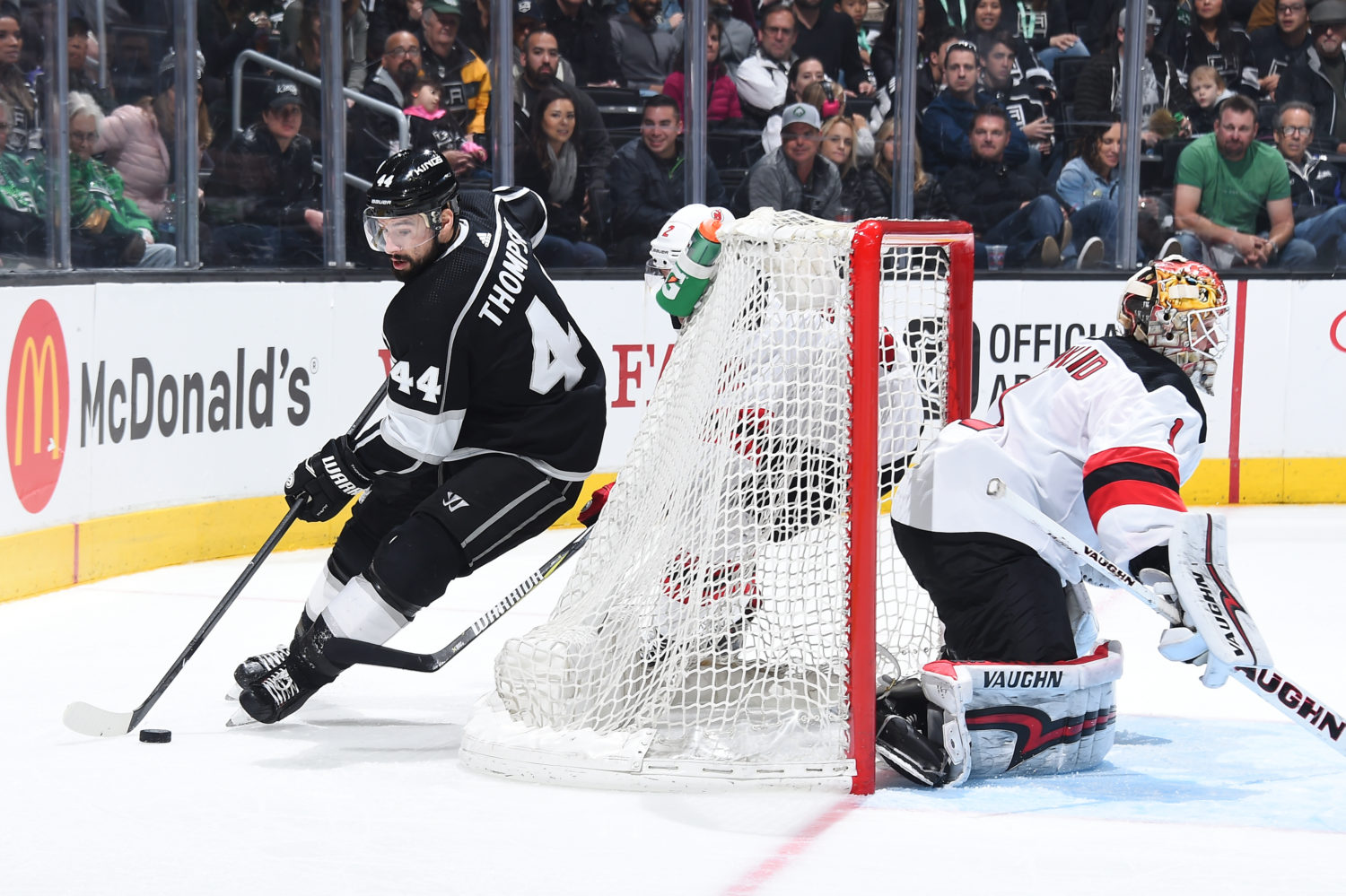 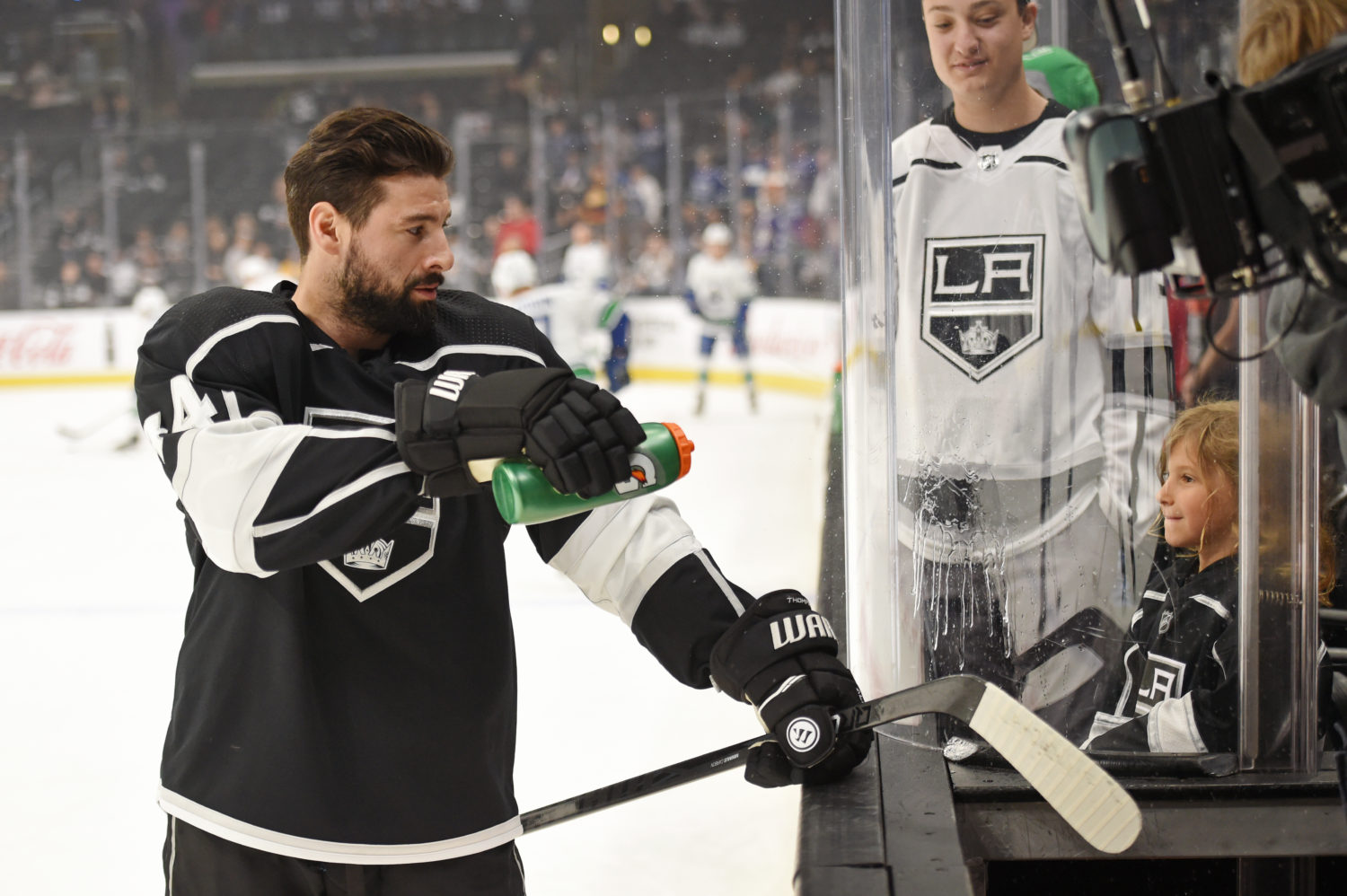