The Background: Cal Petersen joined the Los Angeles Kings organization in the summer of 2017 after a three-season career at the University of Notre Dame. Petersen posted a 55-39-15 record between the pipes for the Fighting Irish and his 110 games played are the fourth most in Notre Dame history by a goaltender. Petersen turned aside 1,101 shots during the 2016-17 season, which at the time marked the most saves by a Notre Dame goaltender since Lance Madson during the 1988-89 season. The Season: Petersen’s 2017-18 AHL season began in a timeshare situation with goaltender Jack Campbell. The two netminders split the first two thirds of the season with a nearly identical ratio: between opening night and February 17, Campbell’s last AHL game of the season, Petersen appeared in 23 games while Campbell saw the net in 26. With Campbell on the roster, Petersen posted a 2.63 goals against average and a .910 save percentage, including a pair of shutouts.

Petersen’s first-half performance also resulted in his first career AHL All-Star Classic nomination as he was selected to represent the Pacific Division. Petersen appeared in all four of the Pacific Division’s games as he helped lead his team to a second-place finish in the 3-on-3 round robin format. Peterson was also named as the co-winner of the CCM Top Goaltender Award from the skills competition, as he turned aside 16 of the 18 shots he faced to tie with Providence’s Jordan Binnington for the top mark.

Following Campbell’s promotion to the NHL, Petersen took control of the net, playing in 18 games from February 17 through the end of the regular season compared to six games for new goaltending partner Scott Wedgewood. Petersen posted a similar stat line with the added workload, with a .909 save percentage and a 2.51 goals against average, however if you remove a troublesome final three games of the season, the rookie goaltender posted a .928 save percentage and a 1.84 goals against average. In that 15-game span, Petersen went 11-2-2 with two shutouts as the Reign solidified a playoff spot down the stretch.

Moving into the postseason, a goaltending duel ensued between Petersen and Mike McKenna of the Texas Stars. Despite the four-game elimination, Petersen shined brightly with a .915 save percentage and a 2.38 goals against average, with both numbers trending better than his regular season totals. In Ontario’s Game 2 victory, Petersen stopped 28 of the 29 shots he faced to earn his first career victory in the Calder Cup Playoffs. The 23-year old goaltender also made a playoff career-high 39 saves in Game 3, a double-overtime affair, and stopped 25 of the 26 shots he faced in a season-ending 1-0 defeat in Game 4.

Overall, Petersen’s season was amongst the best in the AHL by first-year netminders. Petersen’s 23 victories were the most the league by a rookie goalie and his save percentage and goals against average both ranked in the top five. The Waterloo, IA native was also one of just four rookie goaltenders to appear in at least 40 games during the 2017-18 regular season.

GIF Of The Year:

Cal Petersen saved his best for the last game of the year tonight – Save of @TheAHL Season?? #SCTop10 pic.twitter.com/OAt89HuP4F

Ontario Head Coach Mike Stothers on Peterson after his first professional shutout on November 3
“He’s deserved it, he’s played well in every start that he’s had and sometimes good things, you have to wait for them. He’s learning patience, it’s a learning process, but I’m really proud of him, he did a great job.”

Cal Peterson reflecting on his first season as a professional
“It was eye-opening, to be a part of an organization that treats its players so well. To develop and get a crack at pro hockey, I think it worked out as well as it could have. I’m obviously disappointed with the way we went out, we wanted to be the last team standing here at the end of the year, but I’m very proud. With the way we started the year, the resiliency we had to put ourselves back in a playoff situation, I’m really happy with that.”

Ontario Head Coach Mike Stothers after his team’s 1-0 loss in Game 4
“Our goalie was pretty damn good, he was really good. Cal Petersen is the best goalie in the league.”

“Cal Petersen was a really fun goaltender to watch last season – Goaltending in general is all about consistency: period-to-period, game-to-game, year-to-year, and this guy is about as consistent as the price of an Arnold Palmer. He’s been an All-Star at the USHL, Hockey East and now AHL levels. I believe it also speaks volumes that he wore a ‘C’ on his sweater at Notre Dame as a goaltender – that doesn’t happen often. He could have easily been the AHL’s All-Rookie team goaltender as his stats were virtually identical with Ville Husso’s (who won the honor) at the time the award was handed out. I am extremely excited to see Cal’s career progress and am looking forward to his sophomore season.” 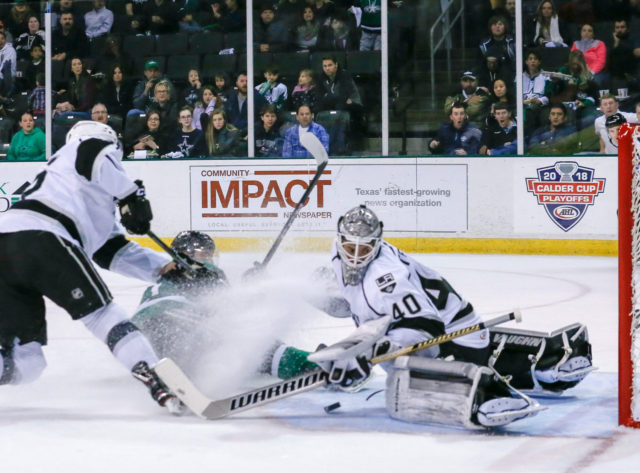 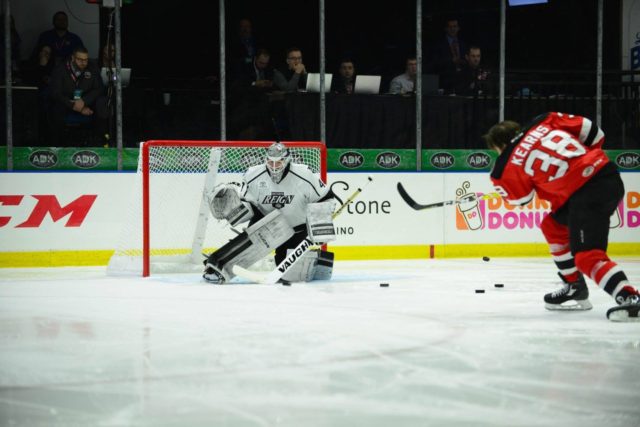 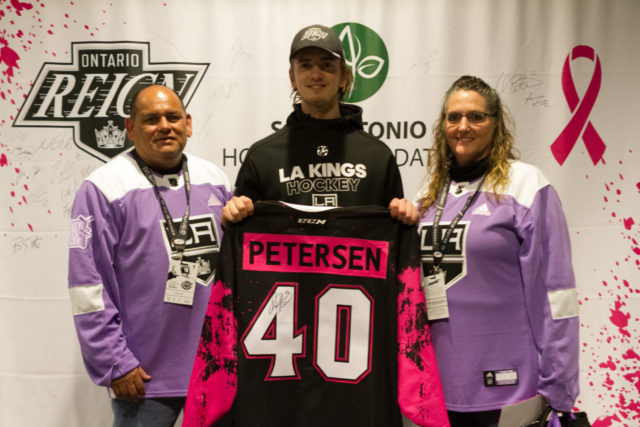 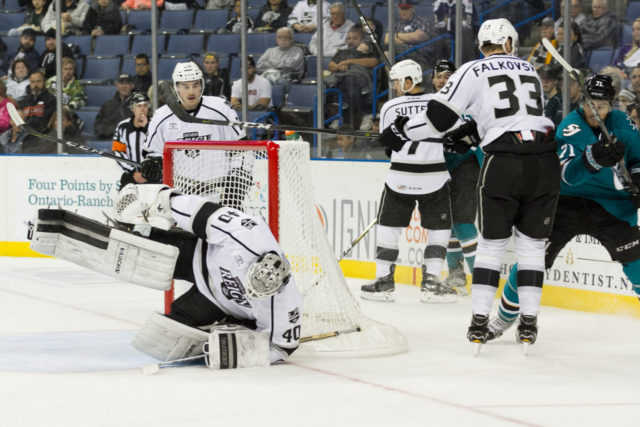 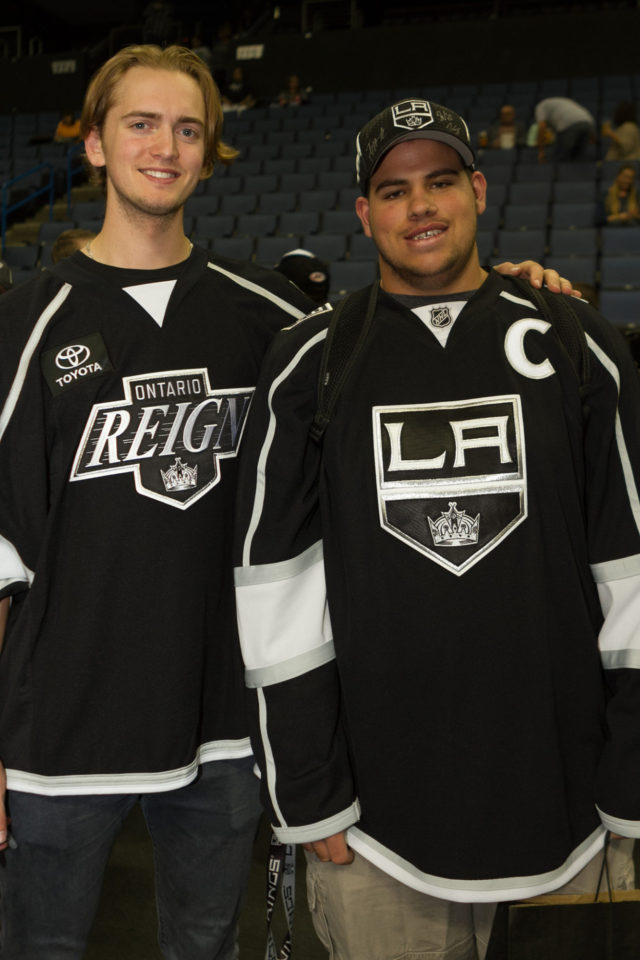