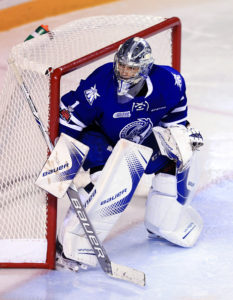 Ingham was listed by Corey Pronman of The Athletic as a “just missed” in his Top 10 goalies list. Ingham was also one of 50 CHL players in total and one of just four goaltenders to be invited to the NHL Scouting Combine, held in late May. The 6-4 netminder also participated in the 2018 Sherwin-Williams CHL/NHL Top Prospects Game in January. 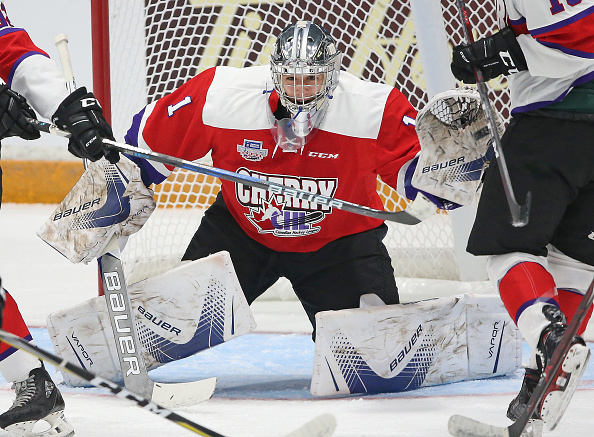 Jacob Ingham on what the experience was like on draft day and getting his name called by the LA Kings?
It was a great experience. A lot of guys talk about that words can’t describe it and it can’t right now, this smile’s going to be on there for a long time. The whole day has been great, Texas has been great. It was a long wait but it’s definitely worth it, I’m very happy.

Ingham on his 2017-18 season and the process leading up to the draft
We went out in the first round of the playoffs and it was a tough season overall and it was kind of a long wait from when we lost in the playoffs to the combine. Being here now, it feels like it’s been a long time but we’re pretty close to the hockey season so I’m looking forward to getting back out on the ice.

Ingham on what he knows about how the Kings work with goaltenders
Obviously Jonathan Quick is the guy [in Los Angeles] and they have a great goaltending core in behind him. They’ve done really well with a couple of Stanley Cups recently so they know what they’re doing. I’m excited to learn from them and excited to be a sponge and soak up what I can.

Ingham on the summer ahead of him and rounding out his overall game
This summer is huge. It started about two months ago when we lost out and I’m pretty upset with how the season ended. Took about the weekend off to come back to Barrie and move my stuff in and the summer’s been started since then. Obviously I have a lot to work on and I’m working on it. I’ve gotten a lot of good feedback from the combine and the teams so I’m looking forward to getting back with the goalie coaches and meeting the goalie guys in LA.

Ingham on the part of his game that he considers to be a strength
I’ve got a big frame, six foot four, and I play an athletic game and can be an athletic goalie. I think making controlled saves, it’s not always the flashiest but gets the job done. I bring a calming influence but I’ve got a little bit of flair sometimes too so maybe that might come out.

Ingham on the mental battle of the 2017-18 season
It was huge, it taught myself a lot of resiliency. It was tough, coming off a great season the season before, going all the way to the OHL Finals, then losing out in the first round of playoffs, it was tough. It was tough on the core and it was tough on myself, it was a lot of ups and downs for myself. It taught me a lot and as I talk about resiliency, it’s a big thing, it’s one of the biggest things I learned about myself. It can be tough to have a season like that, especially in your draft season, but at the end of the day it’s over and it’s a learning experience that’s going to help me in the long run.

Ingham on former Kings staffer James Richmond and his coaching in Mississagua
It was good, JR kind of let the goalies do their thing, he was really respectful on that. He let us do our thing with our goalie coach, Ryan Daniels. He has his input, he’s been around the NHL, has a Stanley Cup ring with the LA Kings so that’s pretty cool. Just talking about draft day, they were down here a couple of days before us and they were talking to us, keeping us calm because you can get in your own head and start thinking things. He’s been great and Jeff Kyrzakos, our assistant coach and general manager, has been great too. They’ve been great for us and the organization’s been great in supporting us along the way.