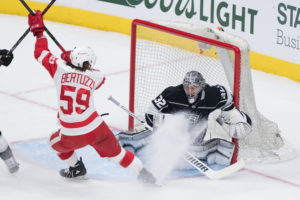 With a worldwide investment in team, stadium and arena holdings and initiatives, AEG is a company that can benefit from a technology that has the potential to reduce its environmental impact and work alongside civic and league-minded earth-minded initiatives, such as NHL Green Rinks. And, if such investments had the potential to reduce operating costs while improving ice quality and providing a more comfortable fan experience, then it would make sense to explore the venture.

And so with interests intertwined, two years ago the LA Kings and AEG explored a partnership with BluEco, a “green” company that builds systems that remove particles from the air and creates high-quality water independent from the municipal grid, thus allowing for energy savings and the potential to create a better, harder ice surface. Without tipping their hand publicly, the Kings and BluEco installed devices to assess the water system at Toyota Sports Center before moving forward with a beta test during the AHL’s Reign-Gulls series in 2017 for games played at San Diego’s Valley View Casino Arena. The results were positive, and for the 2017-18 season, BluEco’s climate management systems were put to work at Staples Center.

“We really kept it under wraps for this year as we were working to create the beta inside the arena,” AEG Chief Operating Officer Kelly Cheeseman wrote. “There’s a lot of operational things to get up to speed at that point, but it was really about creating the ice surface off the water and being able to reduce our imprint there. But throughout the year we were receiving a lot of real positive responses on it, so we knew we were on to something.”

The ice surface aside, Staples Center reduced energy consumption and its water usage while improving the quality of the air around the arena. According to BluEco, over 500,000 gallons of water were saved, much of which was due to the ability to create water directly out of the air.

Staples Center is not known for having the best ice in the NHL, but it’s hard to play on a pristine surface when the Kings share the building with the Lakers and Clippers and all of the concerts and events that make it one of entertainment’s busiest venues. The arena, which opened in 1999, celebrated its 200th hockey/basketball or basketball/basketball doubleheader in March. It doesn’t benefit from the altitude and dry air of Colorado and Calgary, or the few floor/ice changeovers needed in Vancouver or Montreal, whose rinks only have one major tenant.

Whether BluEco’s product is capable of raising the playing surface will be determined over a wider time frame. In the interim, many early returns that the team has received have been positive.

“Long term, we’re looking to be able to improve the work environment for our players, and that’s where this opportunity can be bigger for us,” Cheeseman said. There is a desire that the ice conditions are made more regular, which affects smaller details such as how players’ skates are sharpened and how they come to expect consistency in bounces and deflections on their home ice.

Ice is better when humidity is eliminated, and in the past, the Kings would have to crank up the air conditioning within Staples Center to create a drier and colder environment. Now, moisture is removed from the air by using a salt solution that gathers up particulates and strips moisture out of the air. This takes a load off HVAC systems, which work more efficiently to dehumidify the arena, and should add to the comfort of taking in Kings games.

“We’re able to, especially in the early part of the game, balance out the temperatures for the fans and make a more fan-friendly environment while not impacting the players,” Cheeseman said. “The player really won’t notice a difference because the temperature is consistent. During the game, from the time that you walk into the building to the end of the game, the temperature raises between eight to 10 degrees. This allows us to stabilize it so that it stays the same temperature the entire time. So, it takes a load off the HVAC system by dehumidifying the building and has a significant energy savings. If you look on BluEco.green, you see how some of those actual systems being shut off – we’re just shutting them off – and that’s where you see the energy saved.”

Given the pilot program with the Kings, there’s a potential for this technology to be adopted by smaller rinks with different budgets – or even by movie theaters, gyms, or other places that would benefit from better air circulation and reduced humidity.

“It fits right in our AEG Green initiatives and checks a lot of the boxes when it comes to being able to reduce our energy levels, our carbon footprint, and the most remarkable thing here, is creating the water that comes completely off the grid,” Cheeseman said. “The impact here is remarkable and ultimately something that was a natural fit for us.”

Kelly Cheeseman, on not having to draw water from the municipal grid:
That’s correct. There are opportunities as you’re making the ice. You could certainly mix it, but you don’t have to in any capacity. We have the opportunity to be completely stand-alone moving forward, and every game and every ice installation moving ahead at Staples Center.

Cheeseman, on the feedback from players and officials:
Throughout the year we were getting real positive responses on our ice sheets from the different sources that comes from. From the locker rooms and from the refs sheet, we were getting real positive responses there. But as we’ve beta tested it down at Toyota Sports Center and also in San Diego last year during the Gulls-Reign playoffs, the feedback was phenomenal. “Harder,” “firmer,” “tighter” surface, “better glide” are all things that are being described by the players that are playing on it. Once we knew that, we knew we were on to something. 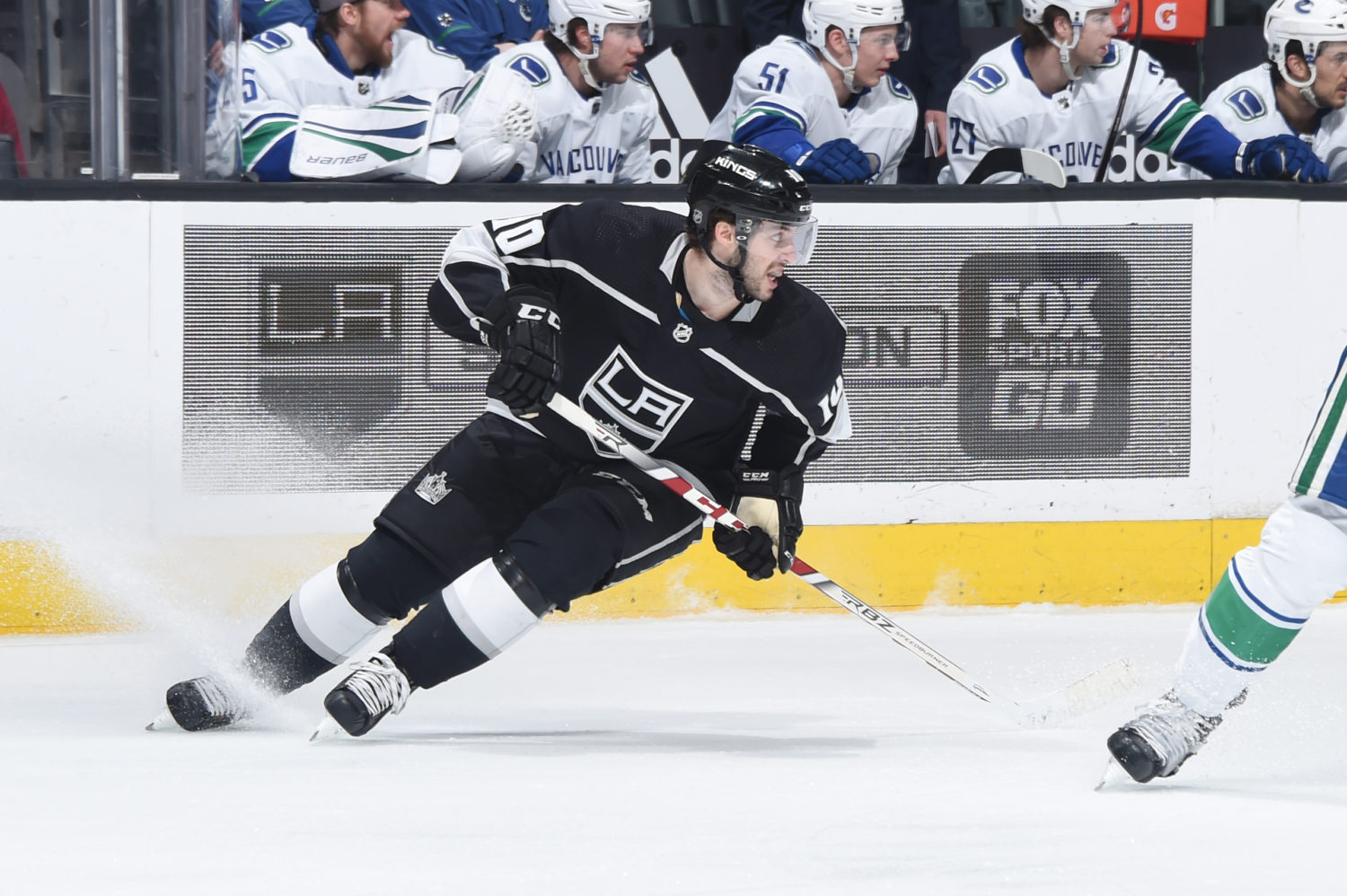 AEG and BluEco will further the NHL’s Greener Rinks mission by bringing the technology to professional and community facilities across the globe. The announcement was made today by AEG President and CEO Dan Beckerman, AEG Sports’ Chief Operating Officer, Kelly Cheeseman and President of BluEco Technology Group, Scott Morris, and NHL Commissioner Gary Bettman.

The proprietary BluEco Liquid Crystalline Turbex technology is a molecular level environmental air-flow management system. This innovative processor produces the highest quality of water while at the same time efficiently managing the interior air-flow, cleansing the air from particulates, and allowing for significant energy savings. The formulated ice has fewer impurities and a clearer, harder, more dense surface. Additionally, the technology eliminates an arena’s reliance on the municipal water systems to create and maintain its ice sheet. The BluEco LCT System was piloted at STAPLES Center during the LA Kings’ 2017-2018 season.

Said Beckerman: “Through our partnership with BluEco, we have introduced an innovative technology that addresses the two most critical issues facing hockey franchises and venue owners: the quantity of water needed to create ice sheets and the quality of the ice that forms. We are excited to launch this new system in conjunction with the NHL which shares our vision and commitment to sustainability. For more than a decade, AEG has been dedicated to reducing our carbon footprint and water usage, which is especially important in water-stressed areas like Los Angeles. Our mission is to facilitate the adoption this game-changing advancement with other teams and arenas, making an impact on hockey and conservation.”

“Innovative technologies like BluEco allow our Clubs to ‘test and learn’ around creative solutions that will not only result in greater efficiencies, but can represent sustainable access to our sport,” said Kim Davis, Executive Vice President of Social Impact, Growth and Legislative Affairs at the NHL. “These types of solutions will ultimately provide a gateway for the broader community rink industry to ensure that our game is accessible and an enjoyable family experience, and that our sport thrives for future generations.”

As a result of the BluEco LCT system pilot program that launched during the LA Kings most recent hockey season, STAPLES Center saved hundreds of thousands of gallons of water over the entire season and has also lowered the carbon footprint of one of the busiest and well-known arenas in the world.

“BluEco is thrilled to be partnering with AEG and the LA Kings in this venture,” said Morris. “By joining forces with these gold standard organizations, we have a tremendous opportunity to demonstrate, at the highest levels, that arenas and public facilities can, in fact, provide a better and healthier indoor environment while also saving a significant amount of money. The results have proven beneficial to the customer, the fan base, and just as importantly, to our environment.”

“Our partnership with BluEco positions us on the forefront of an innovative technology that we plan to bring to arenas around North America and globally,” says Cheeseman. “By strategically and efficiently managing indoor air-flow, we no longer need to run air-conditioning at low temperatures to maintain quality ice, thereby delivering fans a better arena experience. Additionally, the BluEco LCT system is not only cheaper to run but makes our existing HVAC system more efficient and less energy consuming.

While the BluEco LCT System has been developed specifically for hockey and the creation of ice sheets in venues, there are broader applications of the technology for any large indoor public facility that require water production and/or optimal energy management and efficiencies, such as data centers, warehouses, laboratories, cold storage facilities, golf courses, among other opportunities.

About the BluEco Liquid Crystalline Turbex™ (LCT) System:
The BluEco Liquid-Crystalline Turbex (LCT) technology is a proprietary molecular level environmental air-flow management system. This innovative processor produces the highest quality of water while at the same time efficiently managing the interior airflow, cleansing the air from particulates, and allowing for significant energy savings. The formulated ice has fewer impurities and a clearer and harder surface. Additionally, the technology eliminates an arena’s reliance on the municipal water systems to create and maintain its ice sheet. The BluEco LCT system is an extremely efficient stand-alone “plug and play” system and does not require integration with ducting or replacement of existing systems. 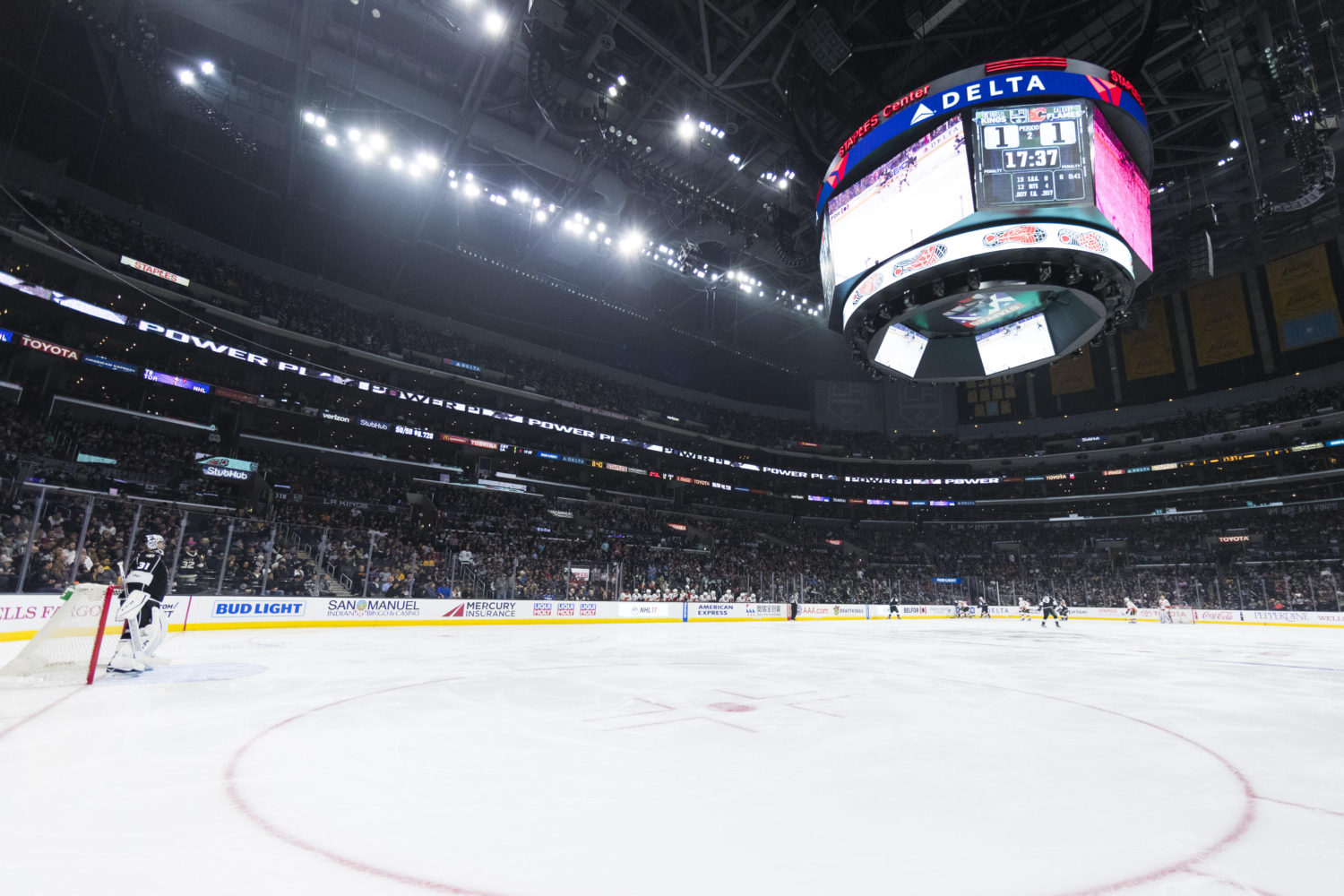