INSIDERS. A fine afternoon to you and yours. The LA Kings took the Staples Center ice shortly before 10:00 a.m. in advance of Game 3 tonight against the Vegas Golden Knights (7:30 p.m. / FOX Sports West / FOX Sports GO / NBCSN / FUBO TV / KABC 790 / I Heart Radio) and aligned as such:

-The vitals: As noted, Jake Muzzin is poised to jump back into the lineup after missing the last five games of the regular season and the first two playoff games. Los Angeles has a Corsi-for of 56.6% over the 437 minutes he spent on the ice alongside Drew Doughty during regular season five-on-five play. Alex Iafallo replaced Michael Amadio amongst the forward group and resumes his familiar spot alongside Anze Kopitar and Dustin Brown. That 70’s Line has also been reunited; there’s not a ton of data here, because Carter was gone for 55 games this season, but his possession numbers alongside Pearson and Toffoli this season essentially straddle the break-even mark. These are remedial analytics that only scratch the surface of what the team looks at, but both Pearson and Toffoli posted better possession rates away from Carter than with him. Something’s got to give in the push for offense, though, and there has been palpable chemistry between the trio in the past, so That 70’s Line it is. Jonathan Quick gets the nod. 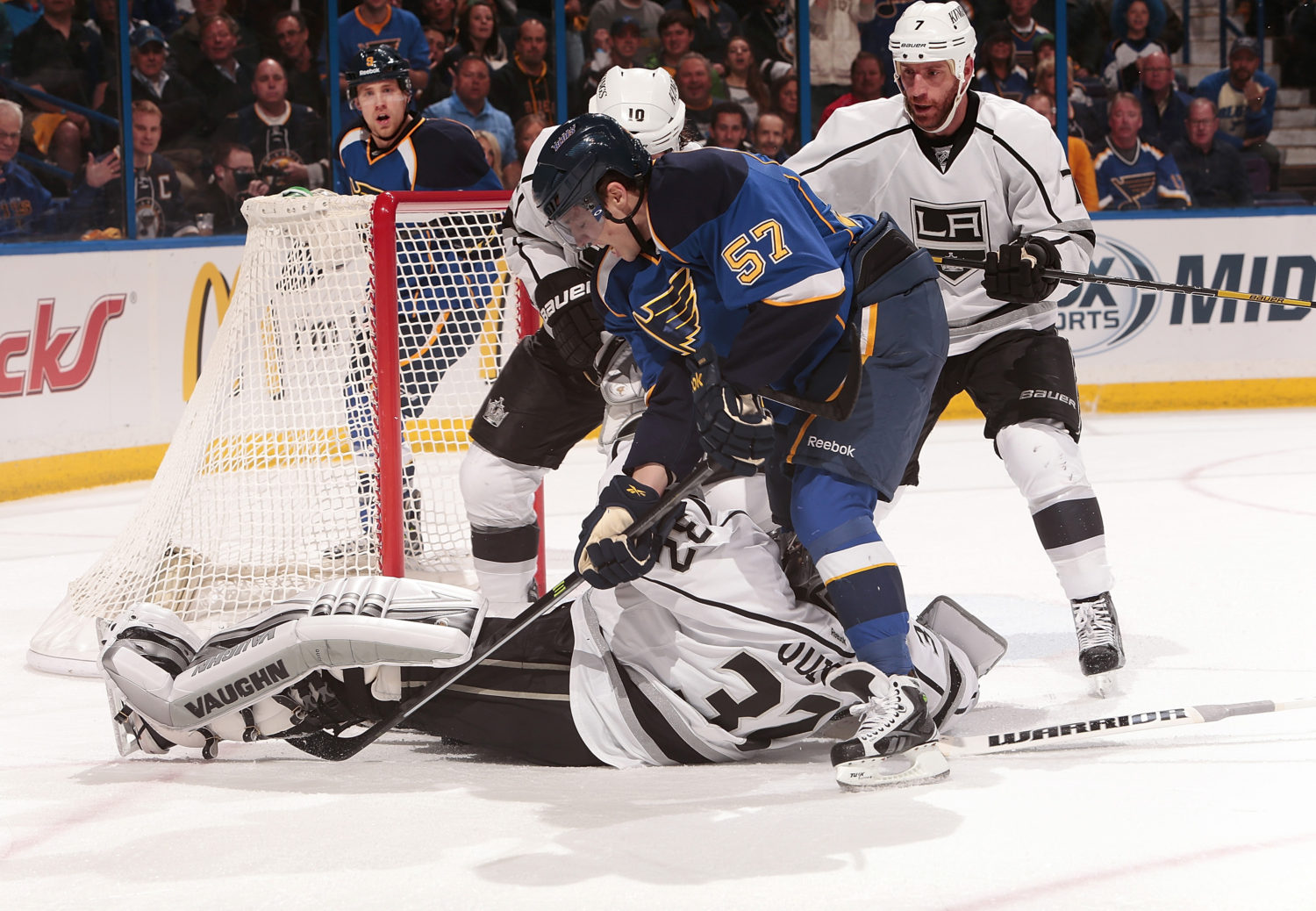 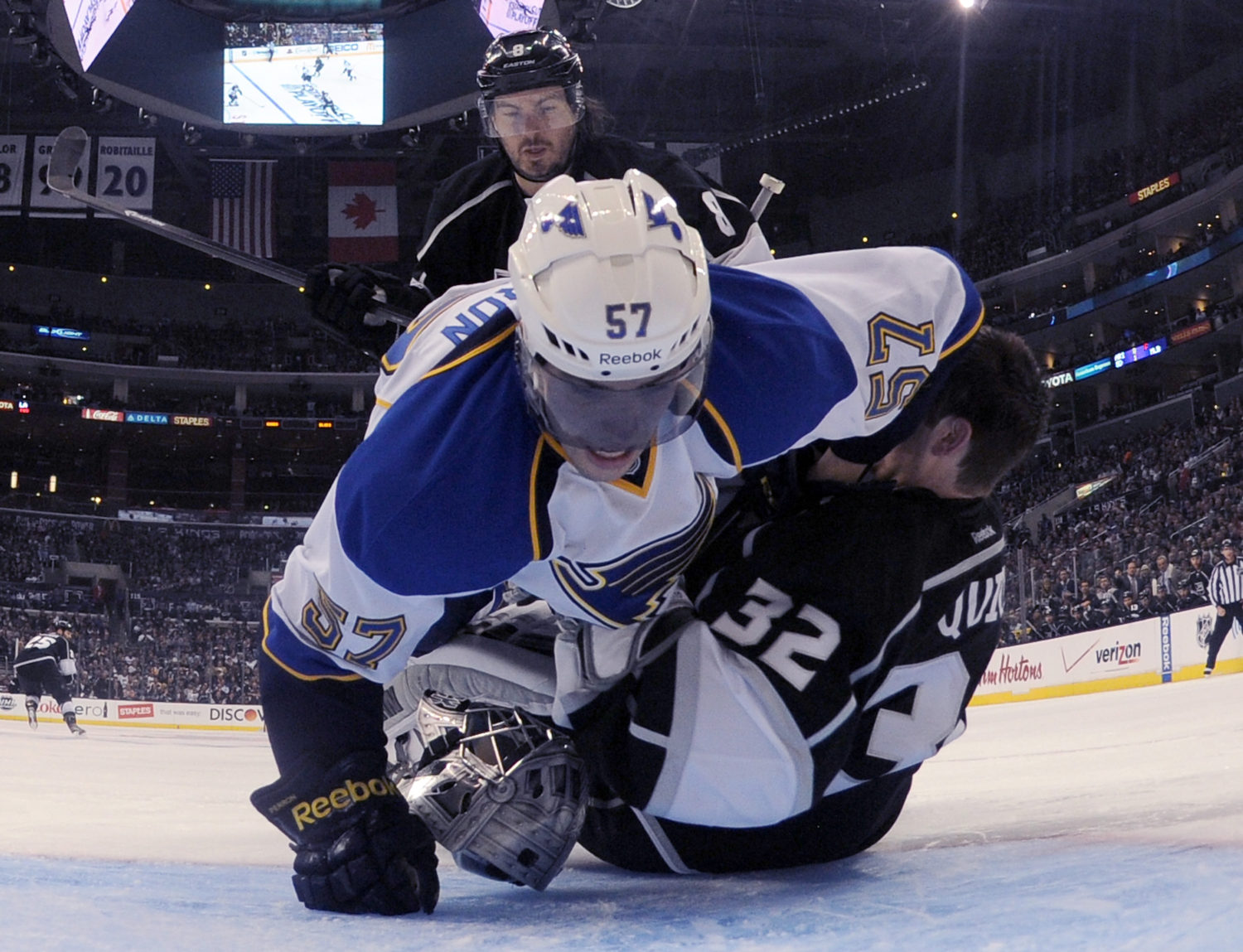 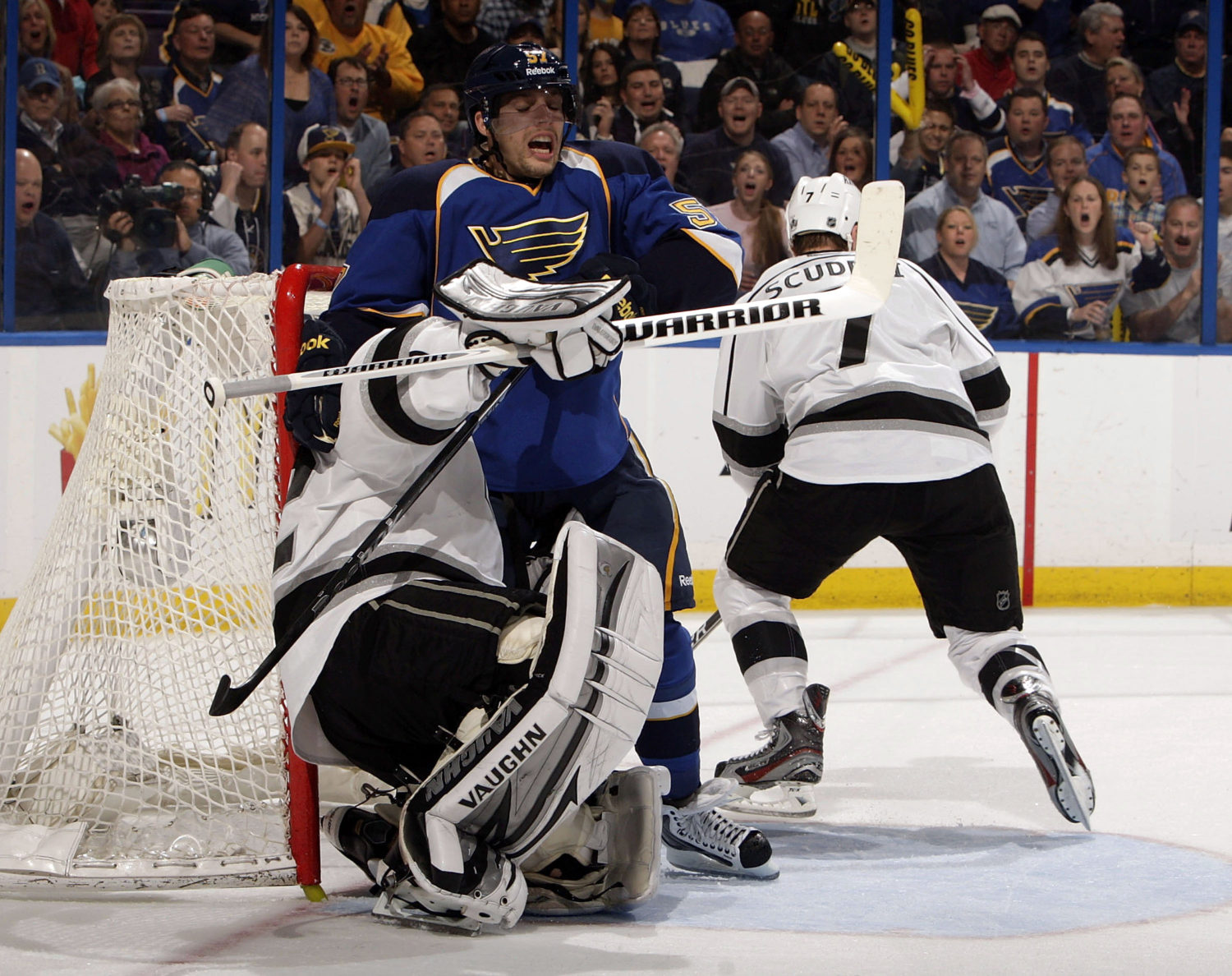 Gerard Gallant didn’t confirm that Perron in and gave the standard “I’ll talk to the trainers after I’m done here,” bud did acknowledge that there’s a chance he could play. “He’s obviously one of our top players and he had a great season for us and he’s missed the last seven or eight games, but he’s an important player for us and a competitor, and … he had about 50 assists. He’s a good hockey player.” Perron would potentially replace Tomas Tatar in the lineup.

-Gallant’s best line was saved for when he was asked whether three goals in 155 minutes is “enough offense.” “We’ll see. Worked so far,” he said.

-It was interesting that several players and Head Coach John Stevens noted how warm T-Mobile Arena was in Games 1 and 2. It’s warm for both teams, obviously, but the conditions did necessitate a little bit of understanding the sciences and processes behind a draining game that has the potential to extend well past regulation (such as Game 2). “Just maybe a few more bottles of water, and that’s about it,” Anze Kopitar said.

Players lose some pretty significant weight over the course of those extended games, “but it’s all water weight,” as Jeff Carter said. “We’re reloading and getting everything back into your system. Guys have been around a long time, they know what they need and what they need to do to get re-energized and to get ready to go.”

I’m planning as of now to write something about the science of maintaining peak performance during a game that extends into multiple overtimes. Be on the lookout over the next day or two.

-Kopitar, on accentuating the forecheck: “I think we’re better, but I also think and know we can be still can be better. I think there’s no secret to it,” he said. “Again, I’ve talked about that before, we’ve just got to spend more time in their zone. We’re stressing out Quickie a little bit too much and putting pressure on him making a lot of saves and if we can cut those down I think we’ll be in good shape.”

-Doughty missed an NHL game for the first time since the end of the 2013-14 season when he was suspended for Game 2. For a player as competitive as he is, it was painful to be upstairs, watching from the press box, and, later, from the dressing room: “Yeah, there’s a lot of highs and lows. Big scoring chance for us, I’m on a high and they had a scoring chance, I’m on a low for sure, and you know it’s hard to watch. Sometimes just getting up and pacing around just because it was so difficult to watch. But like I said, the boys played awesome. Easily could’ve won the game. You know, they played great.”

Do you remember the piercing tension of Game 3? The Kings hadn’t won a playoff series in 11 years. This was before We Knew. Dustin Brown provided the great release with the game’s only goal.

-Golden Knights top line forward Jonathan Marchessault described the evolution of his own game and his team’s game over the course of such an improbably expansion season. “I mean, it was definitely a surprising season,” he said. “I knew that if I had the ice time, I could be successful. But as a top line player, to be able to be a part of the playoff team, I didn’t know that for me personally and I’m really happy, but not satisfied until we accomplish this. I think as a hockey player you need to want more and personally I want more.” He also said that William Karlsson’s 43-goal outburst “surprised a little bit of everyone.”

“I think when he becomes a 24 goal-scorer before Christmas, I think everyone got surprised a little bit and we know, by now, we know he was gifted,” he said.

-More prospect news: Game 7 in the Moose Jaw-Swift Current series is tomorrow evening at Mosaic Place. Clague and the Warriors will play their second Game 7 in as many rounds; will their luck run out at home? The defenseman has one goal and 14 points in 13 games thus far and will be expected to join Ontario once his playoff run ends. Colin Miller was very aware of Sault Ste. Marie leading Owen Sound three games to two when I spoke with him, but the Attack have a two-goal second period lead at the time of this publication and are one period away from forcing a Game 7 back in the Soo. Goalie Matthew Villalta has a 2.66 goals-against average and a .904 save percentage in the playoffs for the Greyhounds, who are dealing with a touch more resistance in the postseason than they faced during their stellar 55-7-3-3 regular season campaign. Defensive prospect Jacob Friend has four assists anf a plus-five rating in 10 playoff games for the Attack.

Jake Muzzin, on getting back into the game:
Yeah it’s been along time. I’m excited. You know, it’s tough to watch like Dewey was saying, but I’m excited to get back in and try and help the guys win.

Muzzin, on what he saw from upstairs:
Yeah there’s lots. When you sit down to watch, you tend to see the teams and players and stuff like that. So you know, I’m not going to tell you guys, but I think we saw some areas we can improve on and we talked about them and we’re going to execute tonight.

Great job today Fit To Be King Run Club . A lot of King Support running through the Southbay this morning. Go Kings #believe