Waking up with the Kings: April 8 - LA Kings Insider

Amidst the postseason speculation and scoreboard watching and awards presentations Saturday night, there was also a hockey game played that served as a final book end for an 82-game set of data. There were several good shifts strung together by Los Angeles to open the game, but once Devin Shore picked Christian Folin’s pocket, the puck management issues again raised their heads and snowballed, and after a – ahem – Jamie Benn natural hat trick, the Kings trailed 4-0, and the probability of facing the Vegas Golden Knights climbed significantly. More on that in a moment. Good for Anze Kopitar. Good for Dustin Brown. Beyond their championship springs, the 2017-18 season was the most statement-filled stretch of play in their careers. Good for John Stevens. There were significant and valid questions asked of this team, its current ceiling, its future, its prospect depth, its ability to produce offense and its scoring depth and the direction of certain players in and around its central core. So many of these questions were answered positively, a representation of the right harmony struck between the coaching staff and a committed group of players that resulted in a 12-point jump in the standings. The Kings bested Bovada’s 89.5-point preseason line by 8.5 points, even with Jeff Carter missing 55 games. Good for Adrian Kempe. Good for Drew Doughty, who had one of his best seasons in the NHL and is a central figure in Norris Trophy balloting again. Good for Alex Iafallo, whose presence provided the lineup structure and balanced that allowed others to more comfortably etch out their role and find chemistry. Good for Jonathan Quick, the team’s first half MVP whose early excellence provided a wider margin for error as his teammates found their games in the season’s early stages. There’s no pinpointing one player or one singular event. The 2017-18 LA Kings were far from a flawless bunch, but the right amount of skill set-maximizing and lever-pulling came together to give the team an opportunity to battle for home ice advantage in the first round of the playoffs on the final day of the regular season. Since the team returned to the playoffs in 2009-10, only three of 14 playoff series opened at Staples Center. Good on the reformed front office to find the right mix of personnel while accentuating the team culture in helping push them to this point. There is work to be done yet. 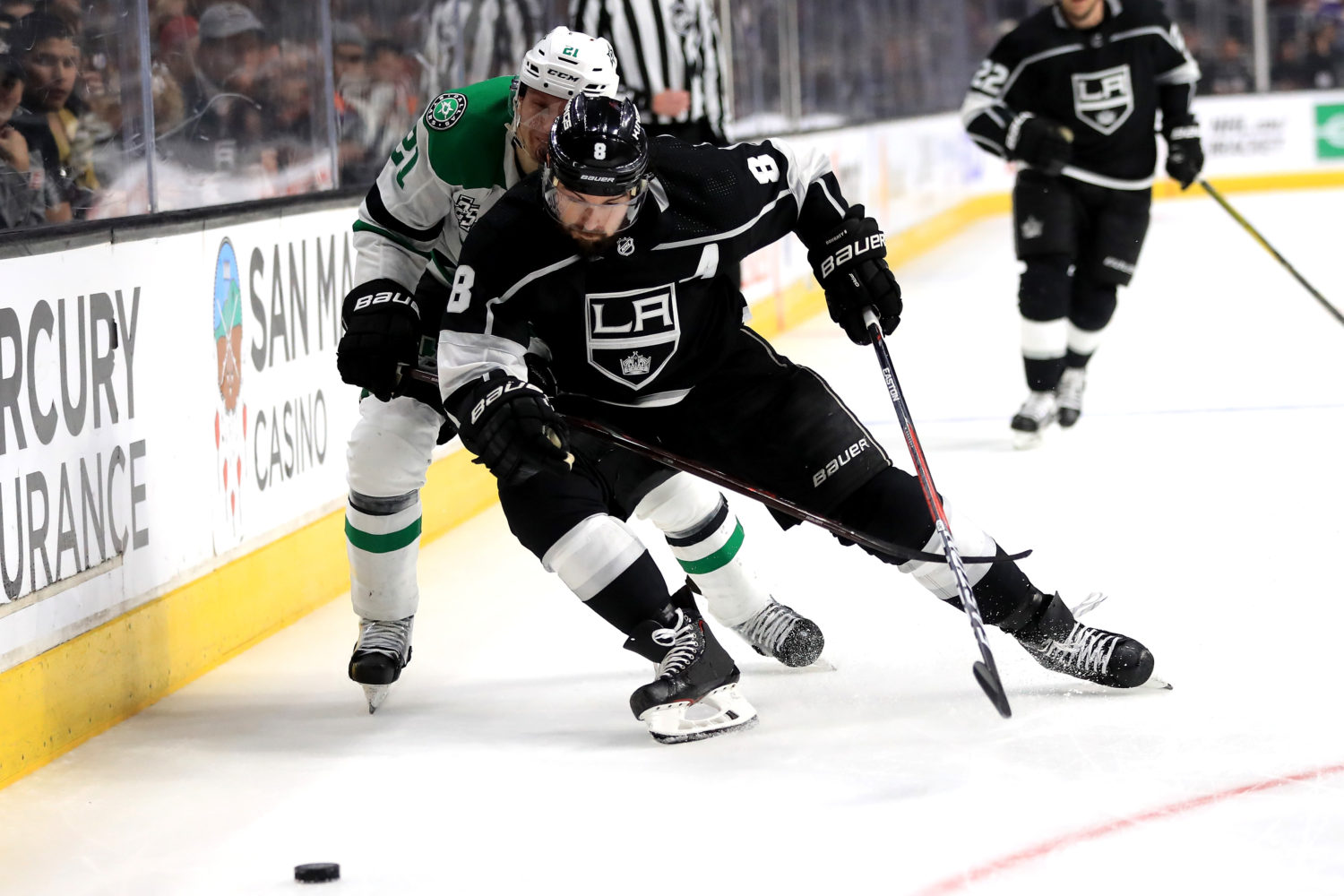 We all knew there would be a Los Angeles-Vegas rivalry even before the Golden Knights had signed, claimed or traded for one player. Well, it just so happens that two of those signed-claimed-traded players on the Knights’ postseason roster are David Perron and Ryan Reaves. Hello, James Neal! There are a number of pot-stirrers on this Golden Knights team, several of whom were a part of the terrific Kings-Blues rivalry earlier this decade and will certainly get their noses dirty amidst the raised stakes of Stanley Cup Playoff hockey. There’s also William Karlsson, who scored 43 goals, and Erik Haula, who scored 29. They’ll face off against one of the league’s premier center combinations in Anze Kopitar and Jeff Carter. There will be plenty of an opportunity to preview this series in the coming days, but from a broad, surface evaluation, I wouldn’t have had great hesitation picking Los Angeles had the Kings been as healthy on defense as they were two weeks ago. But Jake Muzzin, who should play early in the series, won’t be 100%, and it’s doubtful we’ll even see a vapor trail of Derek Forbort, who for three weeks or so had been playing the best hockey of his career when he was felled by a lower-body injury. With the availability and effectiveness of those players eliminated or reduced, the challenge presented by the Golden Knights’ speed, puck retrieval and scoring depth is heightened, and there will be an even greater emphasis placed on the team working connected in five-man units, minimizing puck management miscues and playing with the lead. In other words, what would have been one of Los Angeles’ clear advantages – the top-end, middle rung and overall one-through-six of the defensive group – is muted, given the Kings’ injuries. The intangibles should favor L.A. This is a championship-marked core whose hard, defensive identity has heavily influenced the success it has forged in the postseason. Marc-Andre Fleury also deserves recognition here, but Jonathan Quick is associated with playing his best hockey when the games matter the most. All teams reset to 0-0-0 next week, so pay less heed to the Golden Knights’ 51-24-7 record (as well as the fact that they won half of their final 20 games of the season). This series probably goes long. 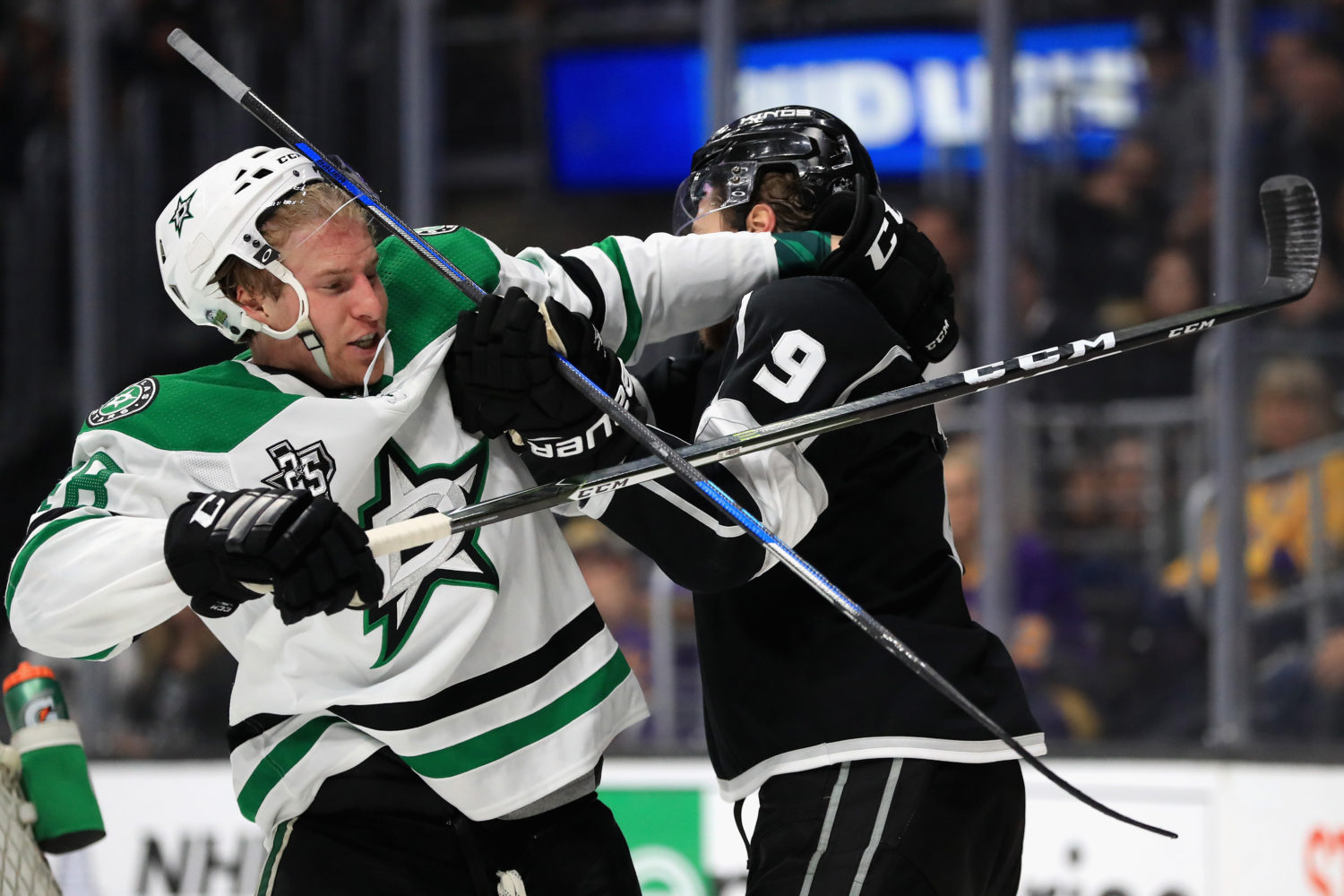 The last two days have been among the worst 48 hours in the history of hockey. Anyone you gaze at on the bench during a game – the players, the coaches, the trainers, the equipment managers – have all been on that bus. Traveling overnight, in the dead of winter, sometimes over mountain ranges, there has always been the understanding that the team would arrive safely thanks in such large part to the wonderful bus drivers, even despite the dicey moments of provincial road and state highway travel. The Humboldt Broncos’ bus crash is the worst nightmare of anyone who has stepped on that bus. There is also, in these times of great need and suffering, an overwhelming response of kindness and aid. Fred Rogers said, “When I was a boy and I would see scary things in the news, my mother would say to me, ‘Look for the helpers. You will always find people who are helping.’” While we can sometimes become cynical over 82 games, and prone to coarse disagreement and cracking wise – and there’s nothing wrong with that – remember that Glen Gulutzan and Todd McLellan are in Saskatoon today visiting crash survivors and their families. The hockey community, to this point, has raised nearly $3.5-million towards the families of those who have been affected by this tragedy. Thank you to all those who supported the cause and donated at last night’s game through the 50/50 raffle or by visiting the Go Fund Me page to support the Humboldt Broncos. Though there are so many different colored jerseys, the hockey community will always be united as one in these most painful moments. 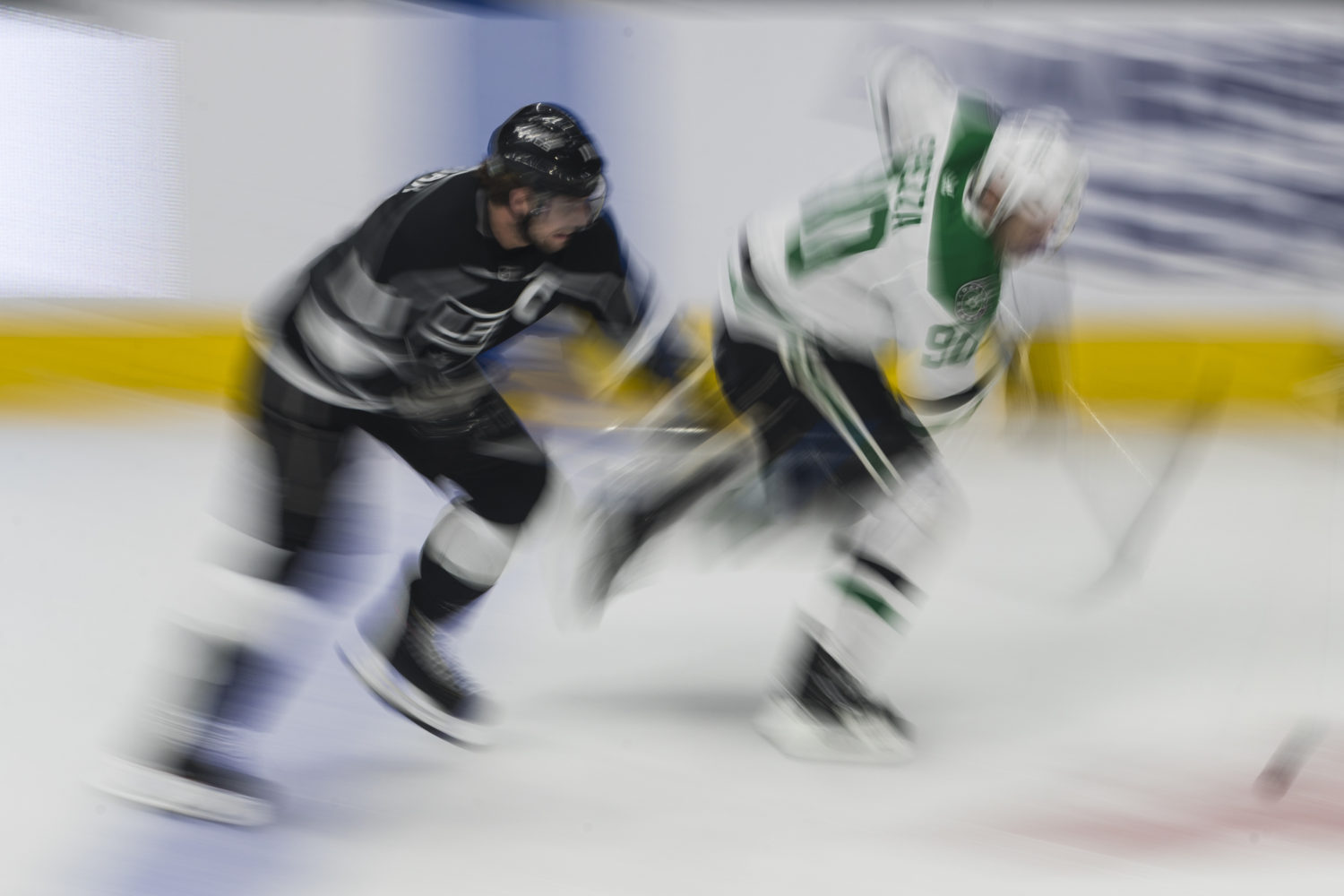