So, wait – Kings-Wild games are fun now? In a series previously associated with staid, systematic and tightly structured defensive play, both teams have evolved and are now more equipped to get after it. Minnesota is a strong forechecking team under Bruce Boudreau, and Los Angeles has improved its pace up-ice and offensive output while retaining its firm defensive identity. Neither team consistently played to these strengths on Thursday night – minus L.A.’s second period, this was about as loosey-goosey of an April game between two playoff teams as you could probably find – but that doesn’t mean it wasn’t entertaining! The 5-4 overtime win, which featured a career night to punctuate a career season by 33-year-old Dustin Brown, completed a three-game season sweep in which a total of 23 goals were scored between the two teams. 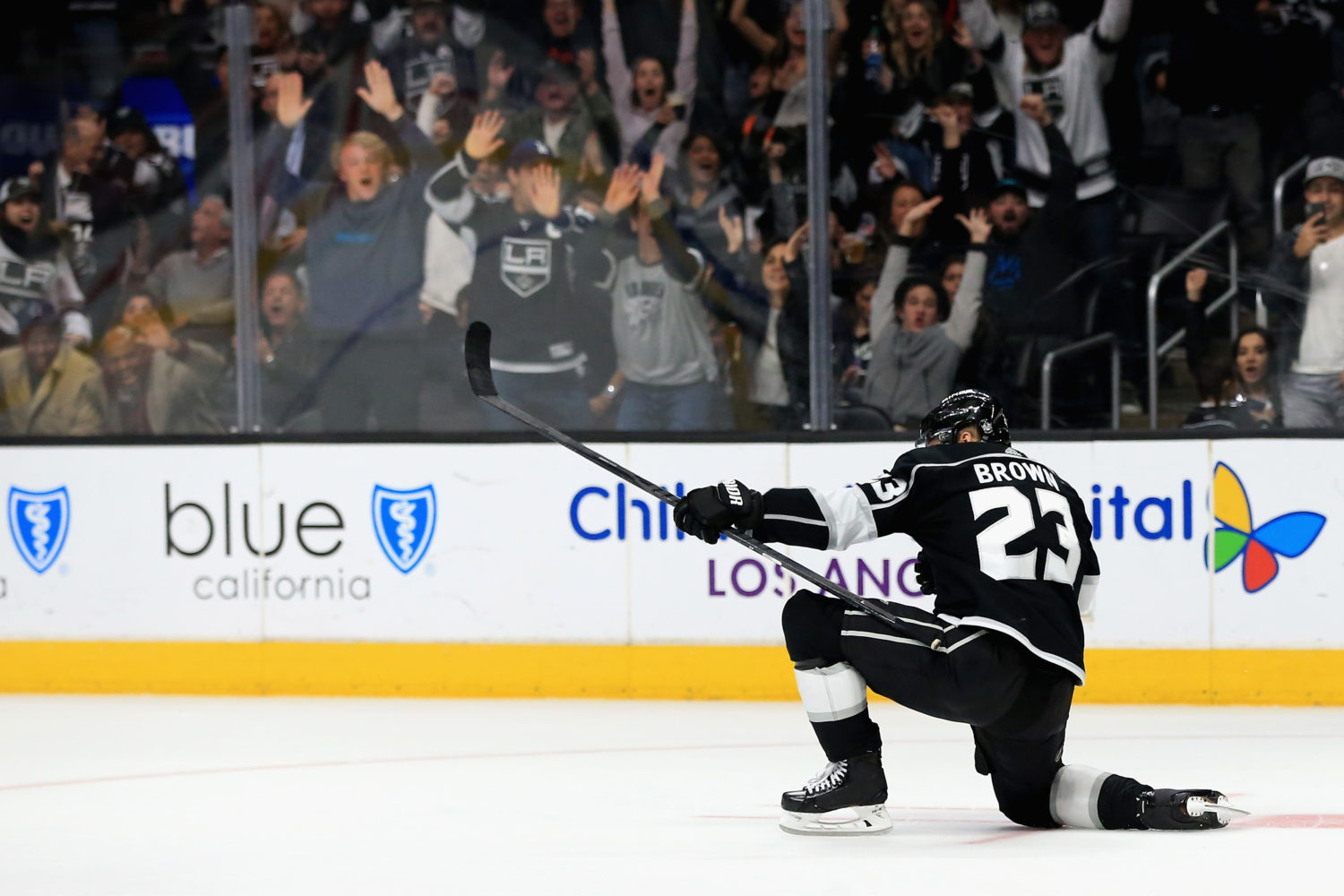 There are reasons for the career seasons forged by both Brown and Anze Kopitar, both of whom have set career-highs in points as tricenarians. First, there’s the reason driven by cursory observations of data and statistics: Kopitar’s time on ice has jumped from 20:46 to 22:05; Brown’s has from 16:00 to 19:49 (!). Kopitar is shooting considerably more and his shooting percentage has more than doubled to 17.9%; Brown has taken his most shots since 2010-11, while his 12.7% shooting percentage ties the second highest rate of his career. Both are excellent checkers and defensive-minded forwards. Brown’s game-winning goal Thursday night came after he thoroughly rubbed Jonas Brodin off the puck – one of the four Kings goals scored in which Brodin, who has moved up a defensive rung with both Ryan Suter and Jared Spurgeon out, was on the ice for – to finish off the latest of his give-and-gos with Kopitar. He was credited with seven scoring chances, by Jessi’s count, and all of them were high-quality looks. Secondly, the success that Brown and Kopitar have enjoyed this season is coming from their own admittance that they’re, well, enjoying playing hockey. “I think the biggest thing is he’s having fun playing the game, and that can take you a long way when you have a skill set like his,” Brown said of Kopitar on March 13 before acknowledging that the same enjoyment applied to his own game and has raised the aspects of his performance that can’t necessarily be gauged by data. Brown records a hat trick, he catches a hat thrown onto the ice, he puts it on his head as he flies by the bench. He’s having fun, he had the game of his career, and he’s playing his best hockey heading into the playoffs. 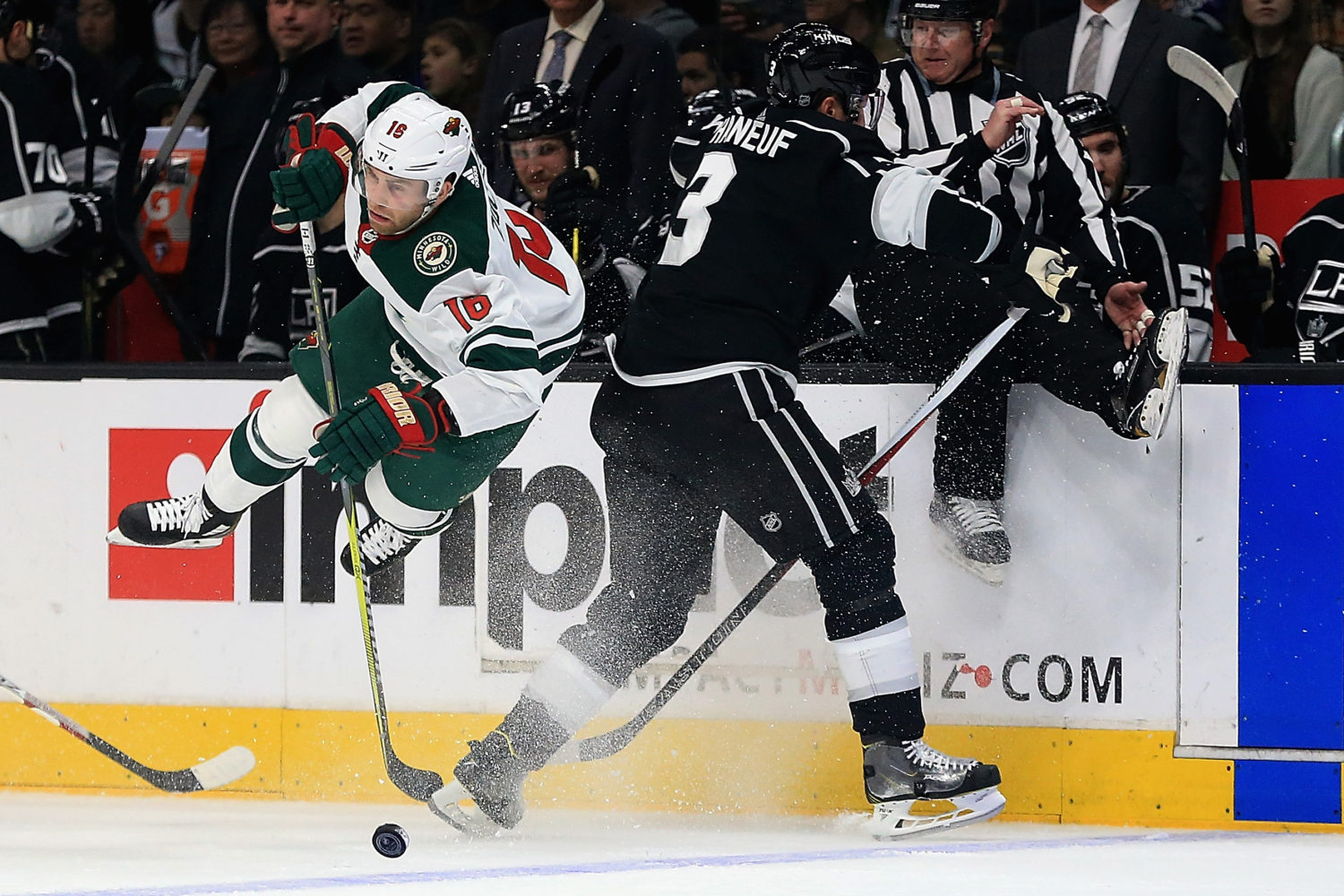 And now, some cold water. If the Kings are going to do damage in the postseason, their team game has to be better than it was for much of the first and third periods. Jake Muzzin is skating but is barely touching pucks. Alex Iafallo did not skate after the team’s practices for the last two days. Derek Forbort left Monday’s game on crutches and has not been seen on the ice or in team areas visible to the media. A likely first round match-up against Vegas or San Jose awaits. It is certainly possible Los Angeles might not have their full assortment of players at the outset of any run, and if these players do return, they might not be at 100%. Absent of key personnel, there is significantly less wiggle room in the team game, and as much fun as Thursday’s game was for Kings fans, that same type of performance will probably result in a loss one week from now. They’re 15-6-3 in their last 24 and 6-1-2 in their last nine, so by and large, their execution, battle, identity play, resolve, etc., etc., etc. has all been there. This is an accomplished group that plays under a coach who understands this and has done a good job fine tuning the team maintenance as needed this season. “The margin for error during the regular season is small. It’s even smaller in the playoffs,” Stevens said after the game. “If we want to keep playing, we’re going to have to clean some of that stuff up.” 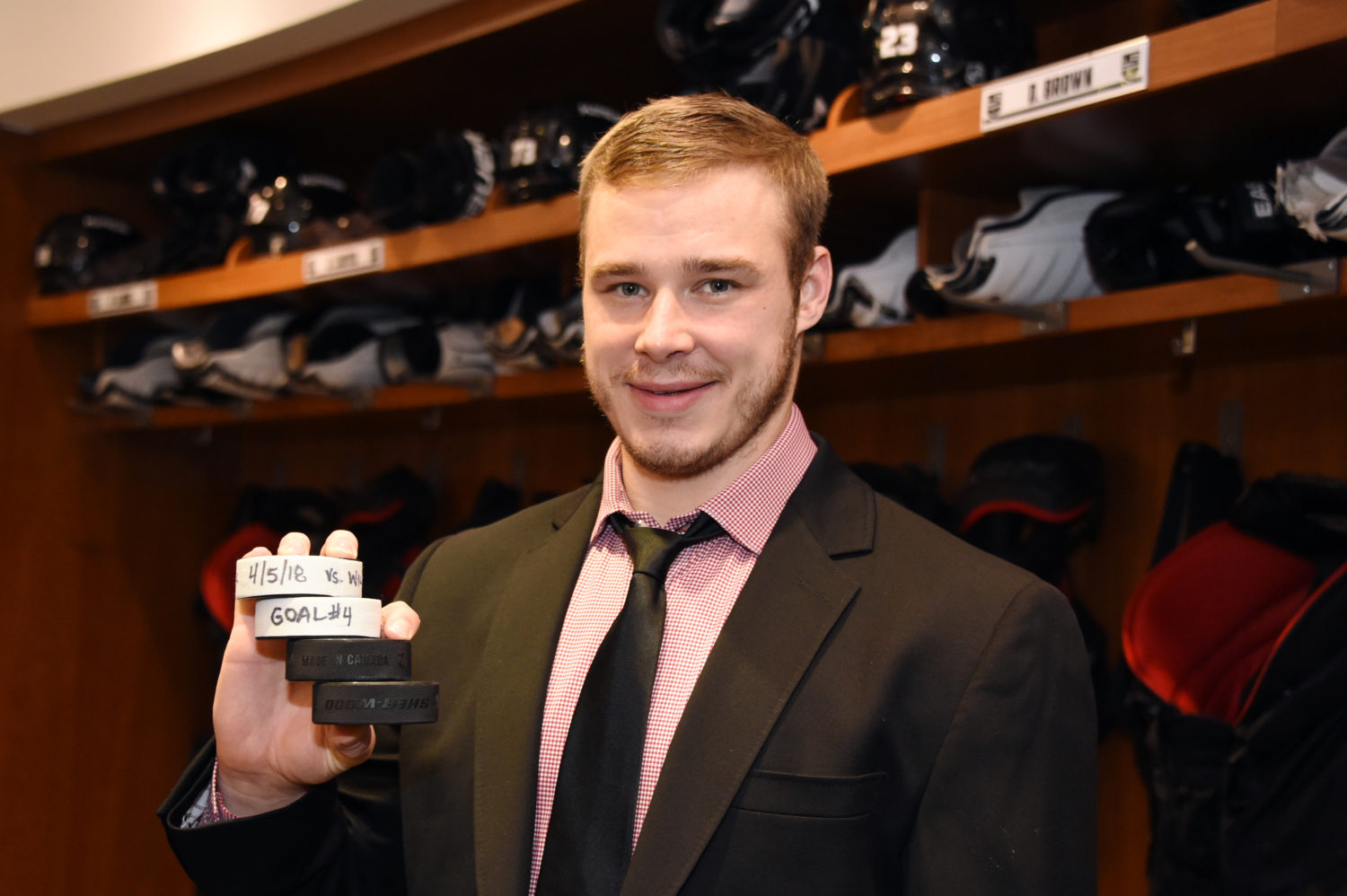