Several abbreviated thoughts about Monday’s 3-1 win over the Colorado Avalanche:

-With the day’s objective complete, the LA Kings are within one point of clinching a playoff berth, which would represent a positive check mark in the first year of the reformed coaching staff and front office. A berth alone wouldn’t be tremendously satisfying – there are higher sights set than simply “qualifying for the playoffs” – but in an off-season that began in transition and with the concerted need to rebuild a pipeline of young, cost-effective players in which there were questions about the immediate direction of a team that missed the playoffs by eight points the year prior, a simple qualification would represent a positive base from which to operate. They’re not there yet, and the organization’s one clear objective is to win the Stanley Cup, but last night’s game brought the proverbial light at the end of the tunnel more clearly into focus. 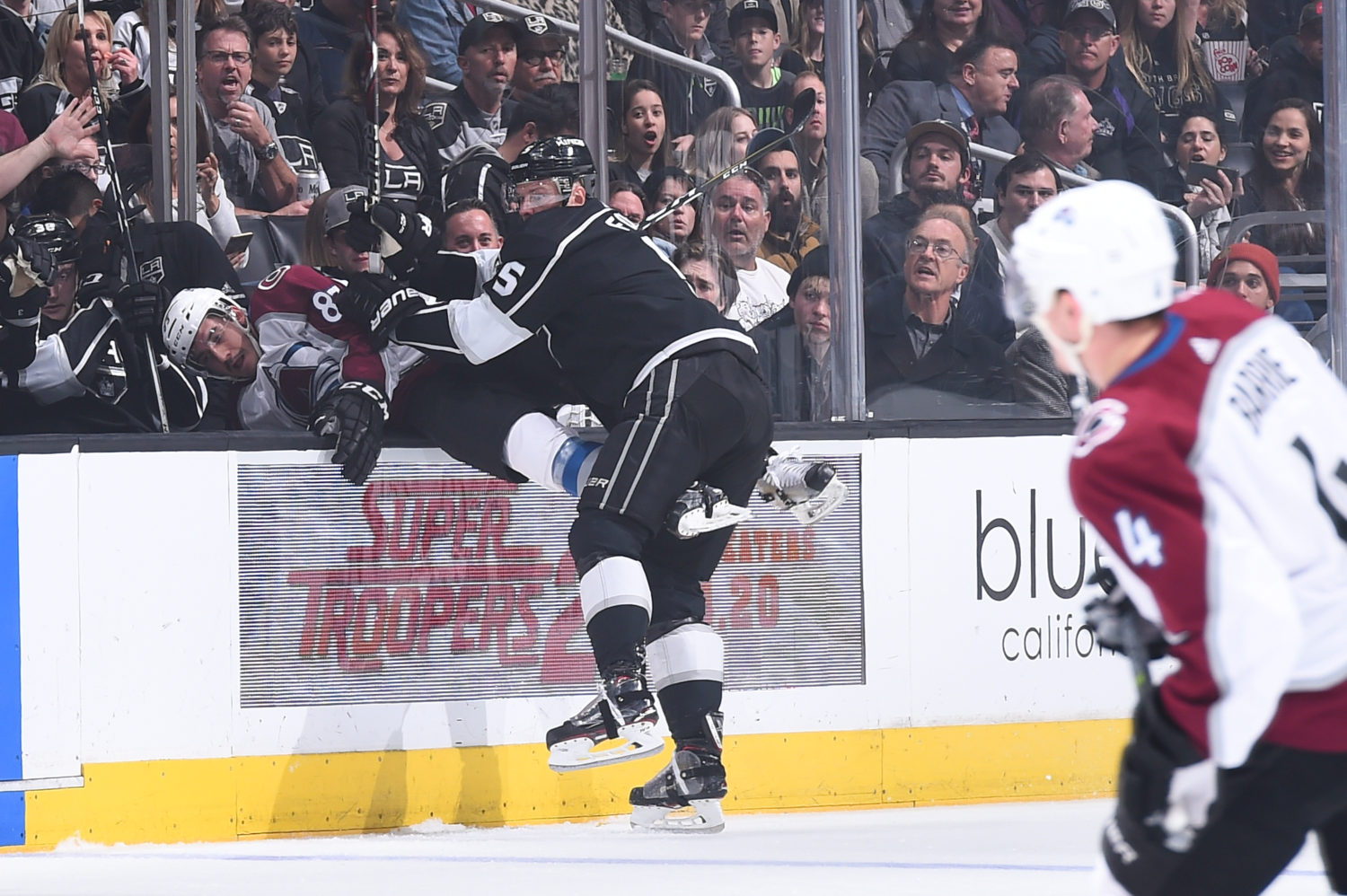 -There was a good tone set by both teams early in the hockey game. Colorado issued a pair of big hits in the first three minutes, with Blake Comeau decking Alec Martinez and Gabriel Bourque adding Derek Forbort’s name to the casualty list on a hard hit at the attacking blue line that placed undue stress on the defenseman’s leg. Even after Los Angeles scored, Dion Phaneuf was a willing combatant with Nikita Zadorov after issuing a massive check during Mikko Rantanen’s ill-fated entry. There was good energy early that led to an eventual 45-20 hits advantage for the Kings, who relied on eight from Dustin Brown and six from Trevor Lewis and Christian Folin. The win was a good representation of everyone pulling on the L.A. rope in unison, and players like Folin (who also blocked six shots) and Martinez (who set a career-high in ice time) complemented the familiarly boldfaced names such as Quick, Brown, Doughty and Kopitar. The role players also inserted themselves firmly into the outcome as Torrey Mitchell took advantage of a Nate Thompson end boards carom and Kyle Clifford scoring a big, big third period goal on a wraparound to finish off a clean zone entry. 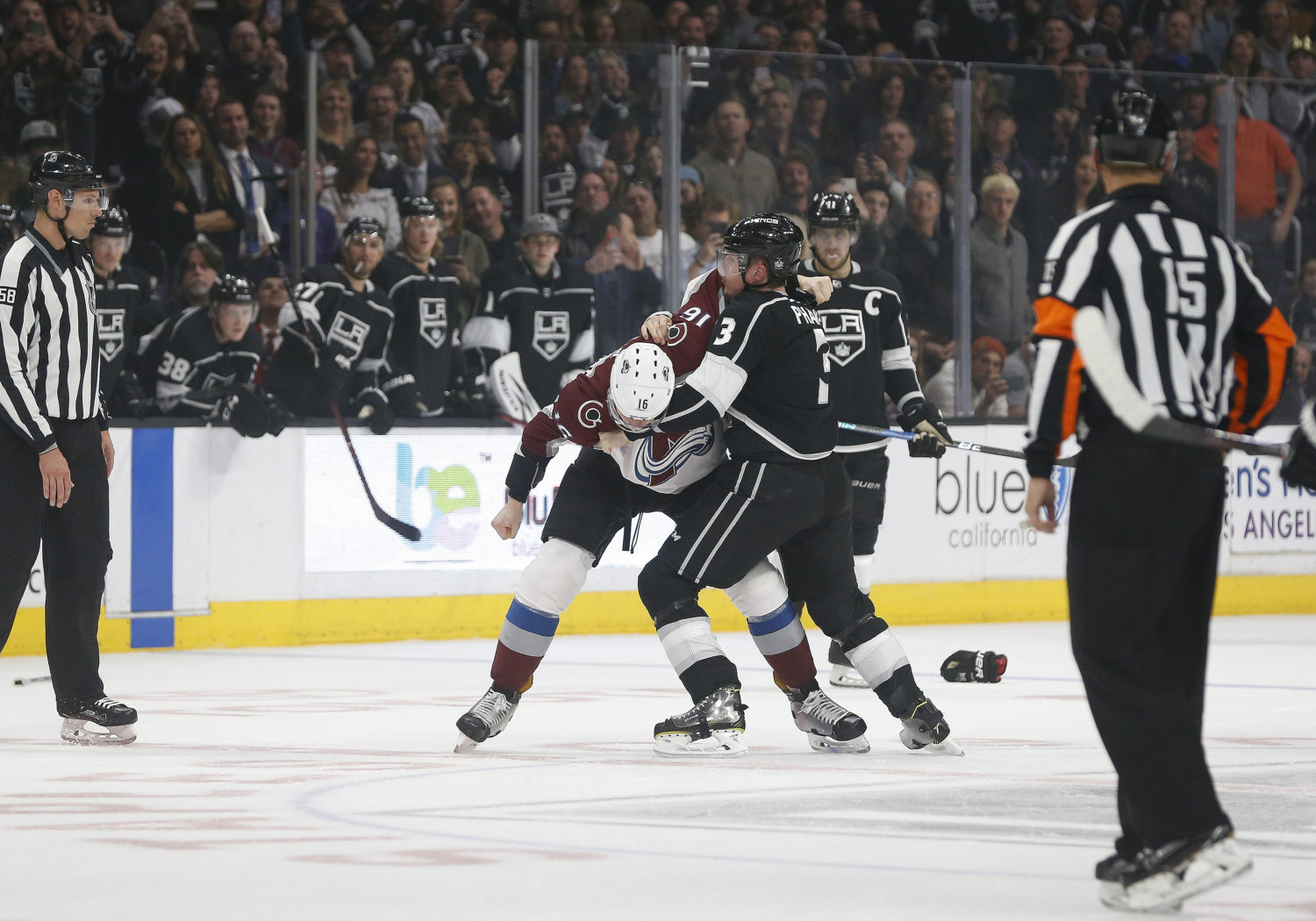 -If there was one singular event that encapsulated last night’s will and competitiveness, it was the penalty killing shift that began with Dustin Brown breaking his stick and ending with a puck whistled between Tyson Barrie’s legs and over Jonathan Bernier’s left shoulder for a shorthanded goal. Between those bookends, Brown closed on Nathan MacKinnon with the puck directly in front of Los Angeles’ bench, which allowed him to receive a stick from Bobby Halfacre and make a hit on MacKinnon all in one fluid motion. Assist, Halfacre. The first shot with the new stick resulted in a pivotal goal that allowed the Kings to play with a two-goal lead. In a game in which both teams dealt with personnel adversity due to injury, the Kings won a crucially important home game to boost their playoff probability to a near-lock. The playoffs begin next week; Monday’s game was a good preview. 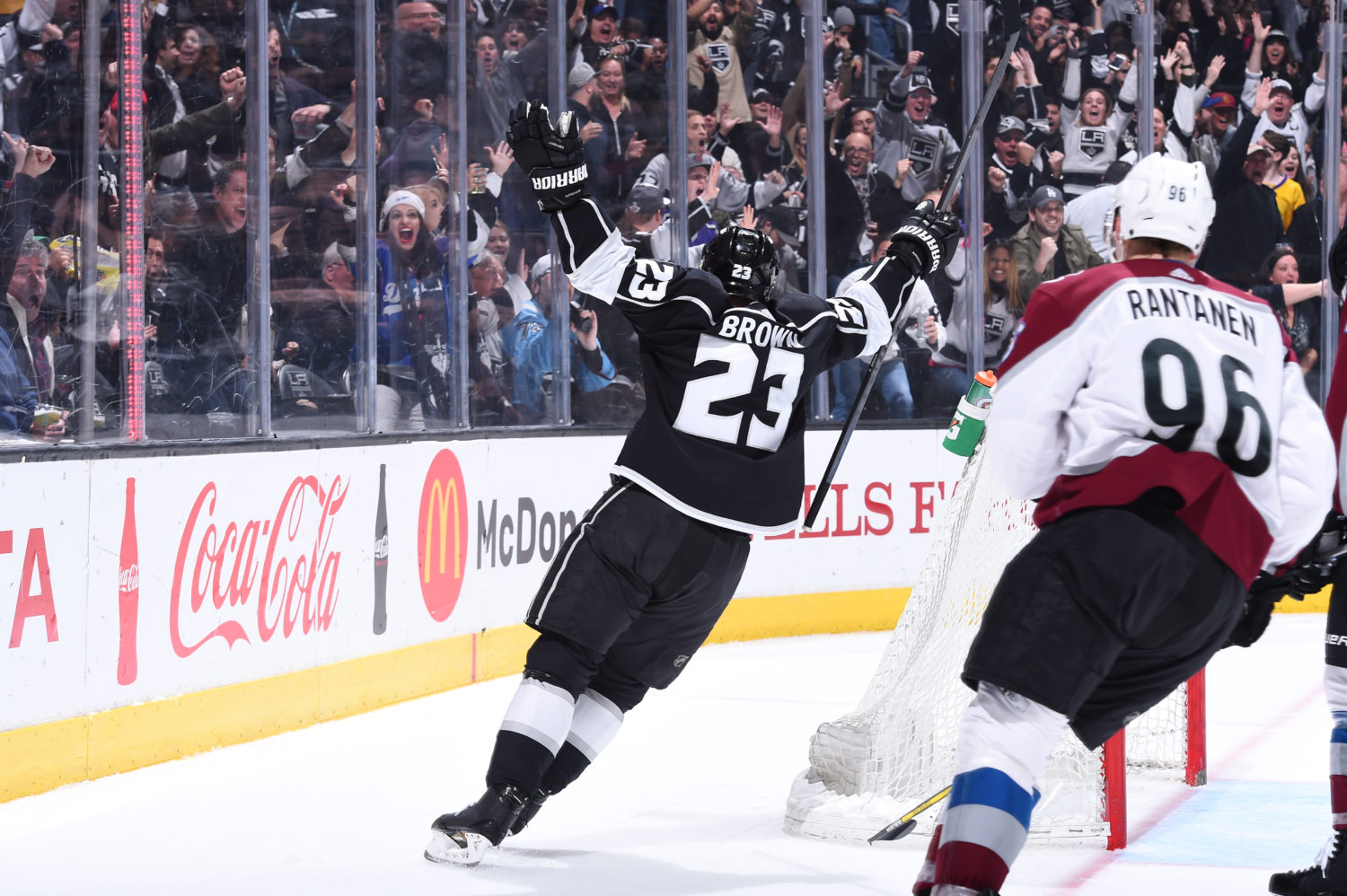