A typically interesting and physical game, Friday’s 2-1 overtime loss began with a more wide-open first period than would generally be expected in the Freeway Faceoff before both teams’ checking efforts tightened the game up for the greater part of the remaining 40 minutes. There were 26 shots on goal in the first period, and while Anaheim surged ahead in the shot count late in the first, the quality chances were relatively even. The biggest influencer of the end result was Los Angeles not being able to add an insurance goal when they led, 1-0. Tobias Rieder and Tyler Toffoli had an opportunity on a 2-on-0 late in the first period but did not get a shot off; close-range chances from Trevor Lewis and Paul LaDue were snuffed out on blocks in front of the Ducks’ net to preserve the one-goal difference in the second. And, when the game was tied late in the third, after 15 minutes of tightly checked, risk-averse hockey, Adrian Kempe and Tanner Pearson had opportunities late that John Gibson turned aside. Of course, Anaheim had its own quality chances and near-misses early – looking at you, Getzlaf-to-Perry wide redirect – before Nick Ritchie won a battle for a rebound late in the second. The goaltending was typically excellent, and for as good as Jonathan Quick was, John Gibson again matched him shot-for-shot. Given what was on the line and the narrow margins inherent in the series’ recent history, it wasn’t hard to pinpoint this as a three-point game before it started. 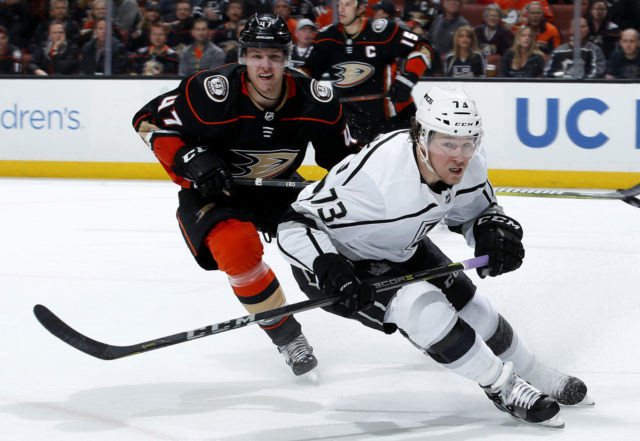 Kyle Clifford was among the more noticeable skaters on the ice for Los Angeles and was attacking the net and creating havoc along the boards and near the goal line. Adrian Kempe was also noticeable, and for a young player, he does a good job of driving towards the net from the wing and leveraging off the defender. He’s not scoring, which, yes, is important, but the chances and strong play on all sides of the puck have been there for the rookie. There’s also some real dynamism inherent in his play, and his block of Brandon Montour’s shot, which he followed by batting the puck into the neutral zone out of mid-air to set up a two-on-one in which he toe-dragged around Cam Fowler represented an impressive individual effort before Gibson stopped his slightly off-balance shot. He’s due for a breakout in the near future. 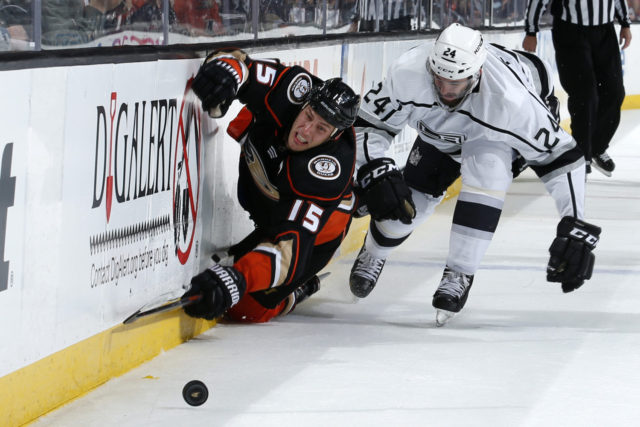 Two points in regulation would’ve obviously been the best result for the Kings, but receiving one point from the overtime loss doesn’t particularly sting. Really, for those who are hoping for a Los Angeles-Vegas first round series, this might be the best outcome from Friday’s game. It likely won’t happen, but if both the Kings and Ducks win out, L.A. gets Vegas and Anaheim gets San Jose. In a more micro look, the much more important game is Monday’s home game against Colorado, and it’s not clear what Semyon Varlamov’s status is after he left the game in the third period after weathering a power Tomas Jurco drive to the front of the net. We’re at the time of the year where the Kings aren’t particularly concerned with the opposition; if their team game and all four lines are going well, they’ll put themselves in position to win that one. But in all three games this week, Los Angeles will be getting teams on a back-to-back one night after they play Anaheim, so there will be some attention paid to opposing goaltenders and the such. As has been said once or twice on this page, the final week of the regular season will determine whether this is a playoff team or not. Here we are. 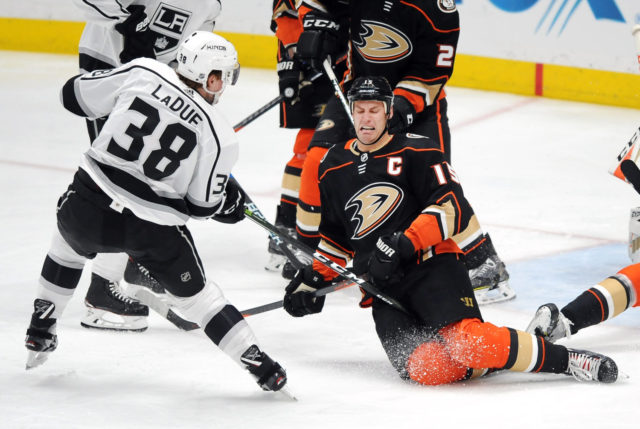