-Trevor Lewis, who missed the final two periods Monday with an upper-body injury, won’t play tonight. “In terms of a timeline, I don’t know yet,” John Stevens said. “I wouldn’t say it’s long, long-term, but he’s not going to be available today.”

Lewis had previously missed 12 consecutive games between February 10 and March 3 with an upper-body injury before returning to face Washington on March 8, representing the first time all season in which the Kings had a healthy and full assortment of players available. That string of full team health lasted six games and one period.

-The Kings’ full lineup and their starting goaltender will be learned during warm-ups. We’ve been down this back-to-back road before.

-Jacob Trouba won’t play on his bobblehead night. The defenseman who ranks second on Winnipeg with an ice time of 21:52 has a concussion and is out indefinitely. Dmitry Kulikov (back) is also out, and because of aliments to goaltenders Steve Mason (knee) and Michael Hutchinson (concussion), and a night off for All-Star Connor Hellebuyck, the Jets will hand the reins in net to Eric Comrie, the former LA Selects goalie who grew up in Newport Beach.

Just as Eric was becoming a die-hard hockey lover, his family moved to Southern California and he was concerned how the shift south would affect his emerging game, but any fears were soon put to rest.

“I honestly don’t think I’d be where I am today without moving to California. It was the best thing that could have happened to me by far. I mean hockey down there is unbelievable. I skated, I think, 360 days out of 365 days a year. It was crazy,” said the 21 year-old in a recent conversation while on the road with the Moose. “The hockey there is intense. All the coaches there really want you to get better. I mean they’re all very good coaches and the hockey level was unbelievable.”

Just how good was the hockey in California? 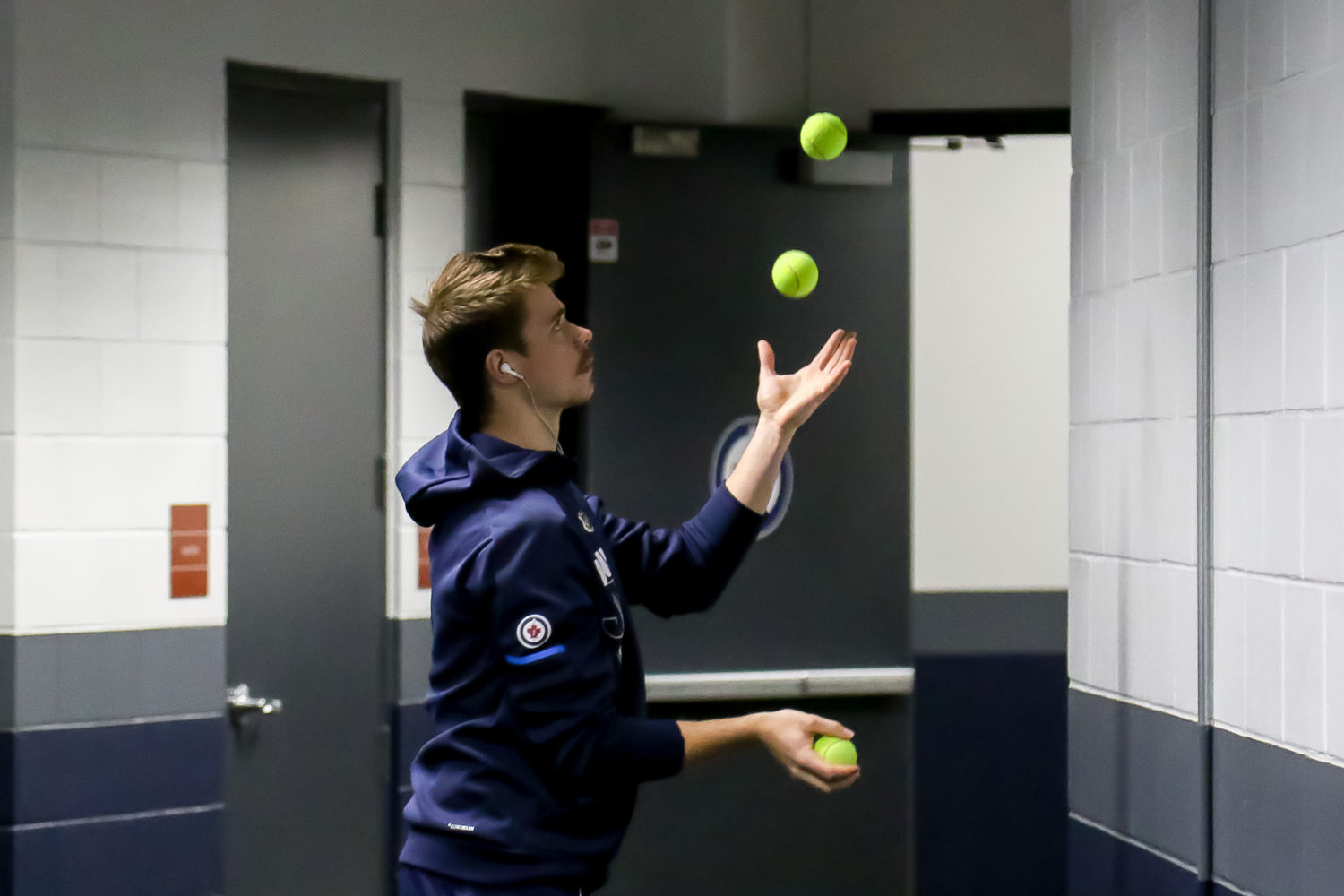 In front of Comrie, the Jets are expected to line up with forward groups of Connor-Scheifele-Wheeler, Ehlers-Stastny-Laine, Perreault-Copp-Little and Tanev-Lowry-Armia and defensive pairings of Enstrom-Byfuglien, Morrissey-Myers and Morrow-Chiarot, according to Ken Wiebe of the Winnipeg Sun.

-INSIDERS. We’re organizing an LA Kings Insider group night for the Monday, April 2 game against Colorado and have two rows of seats in Section 316 set aside for Insiders. This will be a special night and will feature a chalk talk with prominent members of the organization that I’ll moderate from 6-6:30 p.m. Tickets are $45 plus taxes and fees and can be purchased through this link. Eventually, we’ll open this up to a larger group that wants to participate, but I really want this to be a special night for the LAKI community, so with a respectful plea: only buy tickets at this time if you are a current or former member of the LAKI community. Again, we’re going to make this a larger event and release more tickets at a later date for those we interact with regularly on Twitter and TSC and over at Staples Center to take in the game and catch the pre-game talk. But because we want to make sure there are at least two rows of seats set aside for Insiders at Staples Center, I respectfully ask that you allow those who form this community to be the first to purchase seats. OK, spiel over. Thank you, and see you on April 2, which should be an enormous game.

-With Anze Kopitar tying his career-high in points and having surpassed his previous high in assists, and with Drew Doughty having set a new career-high in assists, it’s now Tanner Pearson’s turn to get in on the milestone action. The 25-year-old left wing, who was selected 30th overall by Los Angeles in 2012 shortly after learning that Columbus would exercise their right to the club’s 2013 first rounder instead of their 2012 first rounder, per the stipulations of the Jeff Carter trade, will play his 300th NHL game tonight.

“To be honest, it probably could’ve come a lot quicker,” Pearson said. “What’d I miss, the 41 games with my ankle that one year? To play 300 games in this league is nice, and hopefully we can get the win on it.”

With the Kings’ draft pick the following year, the Blue Jackets selected Marko Dano, who hasn’t replicated his promising 2014-15 NHL debut, when he totaled 21 points in 35 games for Columbus. He now has 45 points in 129 career games with the Blue Jackets, Blackhawks, and now, the Jets, and will be out of the lineup when the teams complete their three-game series tonight.

But Pearson, a fixture in Los Angeles’ lineup since he was promoted permanently to the senior club midway through the 2013-14 season, has always been a high-percentage shooter. With five goals in his last nine games, he’s upped his season total to 15 and increased his shooting percentage to 9.3%. Even with the scoring binge, the high-percentage shooter still has a career-low percentage, which could be an indicator that he was unlucky early in the season and finally being rewarded by his hard work.

“I think so. I’m hitting my shots,” he said. “When you look at last night, Brownie made a heck of a play, pretty much a blind pass, and I was able to get it on net and through a defender. Things are coming around, I’ve just got to keep it going.”

-Last night, Jeff Carter acknowledged that he and Adrian Kempe’s skill sets are somewhat similar. “I think he plays a game similar to me where it’s get the puck and go,” he said after the overtime win.

Carter has always been a model of preparation and conditioning for younger players to follow, so for a player who also has game-breaking speed, such as Kempe, he’s a particularly apt archetype.

“Obviously I try to look at him a lot,” Kempe said. “He’s been in the league for a long time, and he’s a really good player. We have some similar stuff, too. We’re both really good skaters, and we both can play both wing and center. That’s two things that we probably are very similar to, and I just want to learn from him.”

There were shifts on Monday after the team lost Lewis to injury in which Kempe lined up as center with Carter stationed to his right. It’s valuable to have versatile and interchangeable spots in the lineup.

“You’ve got to read off each other, obviously,” Kempe said. “It doesn’t matter if he’s in the middle or me, you just try to play hard down low, and sometimes you want Carts to take the draw, because he’s better than me on draws. I think it worked out well, and it was a big goal in OT. He picked up a good rebound there, so that was really good.”

23-year-old left-shot D Steve Johnson, formerly of the University of Minnesota and a 2014 fourth round pick, joins the @ontarioreign on an ATO. Three goals, 15 points in 38 games with the Gophers this year.

This is shaping up to be similar to how the team handled Kevin Gravel when he came out of St. Cloud. Johnson, who spent four years in the Twin Cities and wasn’t signed after his junior year last off-season, wasn’t the type of player who was clearly due for an ELC. Instead, the team will continue to evaluate him in Ontario, and whether he signs an ELC either in Los Angeles or elsewhere over the off-season, or whether he’s offered an AHL contract for the 2017-18 season, will come into greater focus over the next several months.

-Tonight’s officials are referees Justin StPierre and Jean Hebert and linesmen Derek Amell and Devin Berg. I’ll join Jamie Thomas of JetsTV Live at 4:10 p.m. PT for a live preview of tonight’s game. You can click on this player to watch:

For my hit earlier today with TSN 1290 Winnipeg, you can click here.

I spoke with John Stevens and Drew Doughty after arriving at the rink; both interviews will air during LA Kings Live pre-game coverage. Enjoy your Tuesday, Insiders. There’s another big game to come. 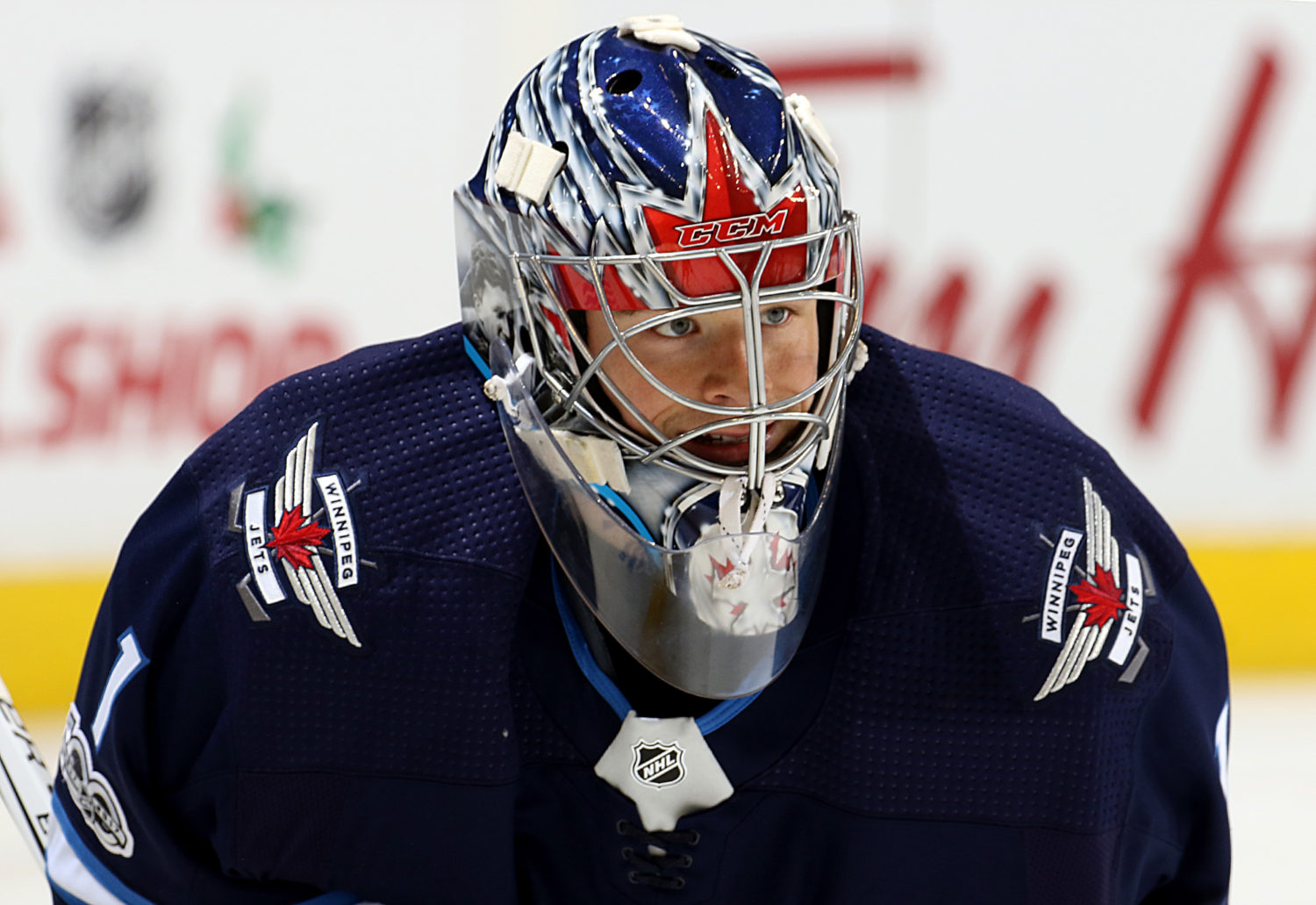