Waking up with the Kings: March 9 - LA Kings Insider

Waking up with the Kings: March 9

-After Washington’s top players generated several rush opportunities early in the game that forced Jonathan Quick into difficult saves on Evgeny Kuznetsov, Nicklas Backstrom and others, the Kings were able to find their groove in the game, and with that came a responsible defensive effort that made life easier for Jonathan Quick in the second and third periods. The ability to snuff out the Capitals’ three power plays played a major role in the win; defensive plays by Nate Thompson and Dustin Brown denied clean zone entries, and by the time the Capitals had generated some in-zone looks deep into their man advantages, Alex Ovechkin wasn’t gifted any looks at the net from his office in the left circle. It was an identity-type win for the Kings, who raised their urgency and were stronger in board and puck battles than their opponents, who were better than their road trip opener at Anaheim and have their own physical identity but didn’t quite generate the necessary Grade-A effort to win on the road against another good team. 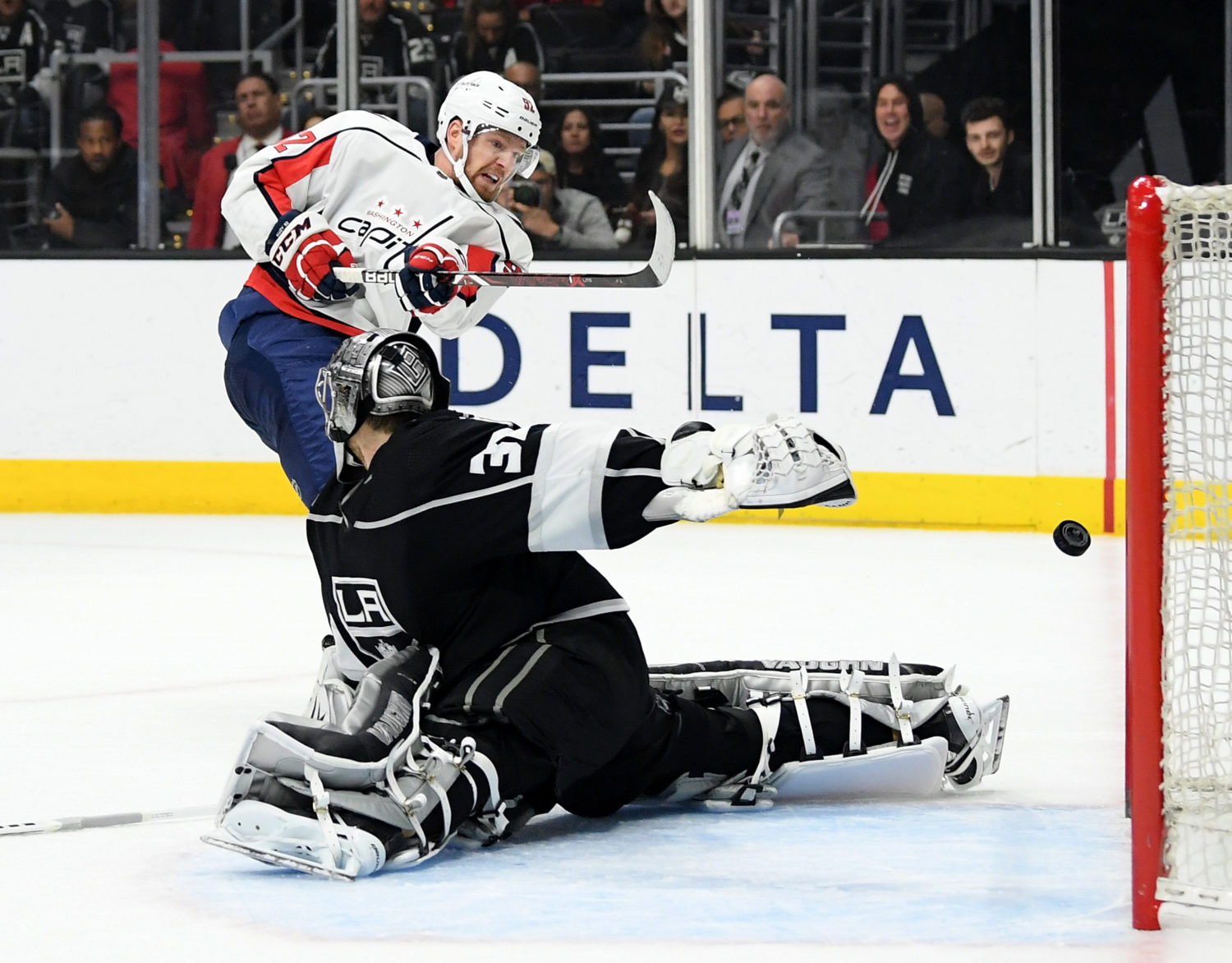 -It wasn’t an intraconference game, so there wasn’t much of a hardened or deep-seeded division between the two teams, but the focus and defensive intensity was still apparent and representative for the time of the year. It was also a game in which the Kings demonstrated that their top players are also their top defensive players, with Brown, Drew Doughty and Anze Kopitar spearheading the full team efforts at both ends. Doughty and Derek Forbort also continued to limit Alex Ovechkin and did a very good job with the entire Ovechkin-Backstrom-Wilson combination. Since his two-goal, three-point performance versus L.A. at the (then) Verizon Center near the end of the 2013-14 season, he has one goal over his last eight games against the Kings and has been held without a point in his last three match-ups. 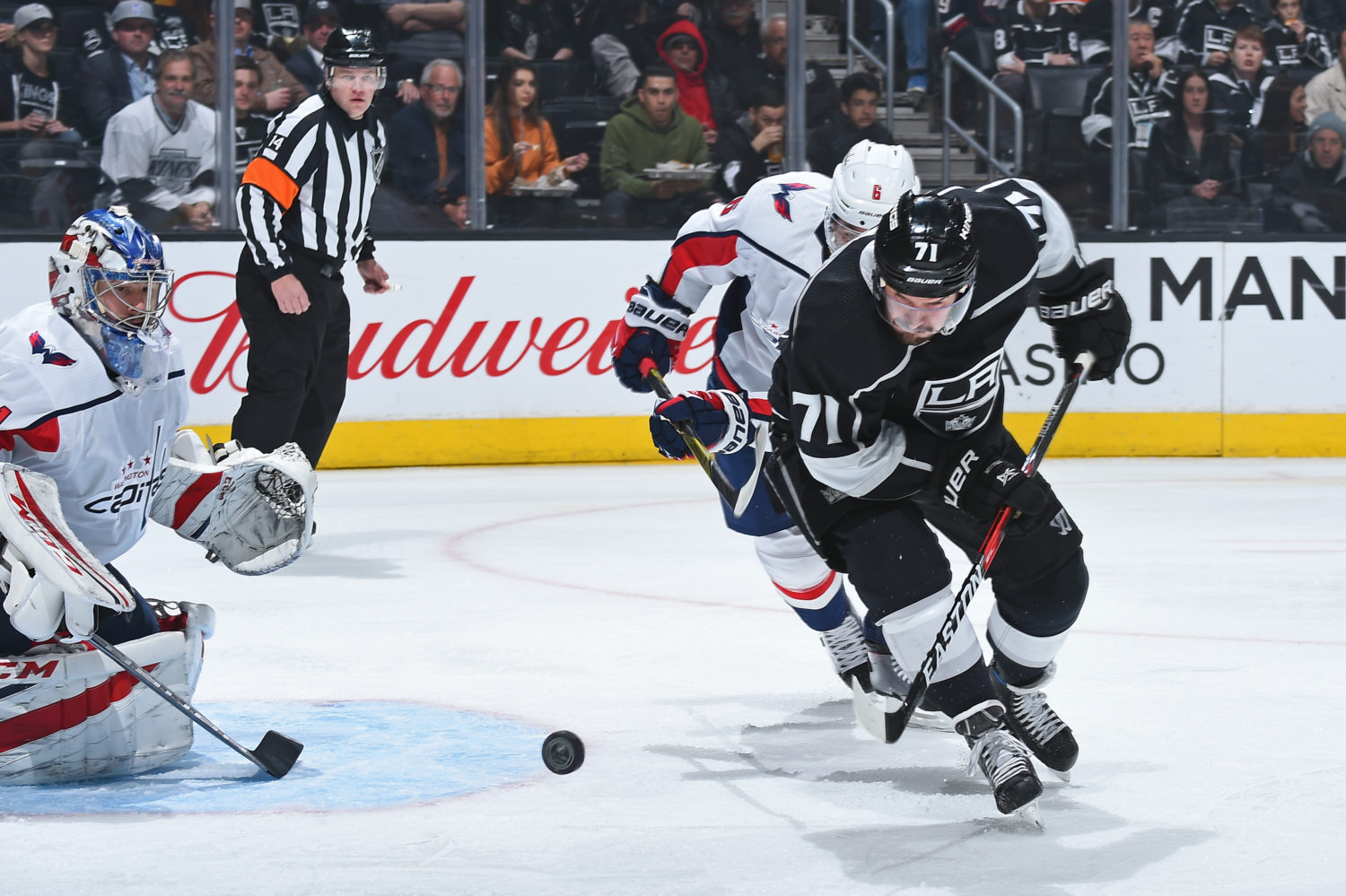 -Jeff Carter appears to be nearing a return towards his natural timing and the heightened pace of late-season NHL action. Even if there had been a few laboring moments over the last two weeks in his re-acclimation after missing 55 games, his all-around hockey intelligence and ability to turn 40/60 pucks into the Kings favor with his reach and wingspan has helped keep pucks alive in the attacking end and along the perimeter of the ice. He won 11-of-17 faceoffs and logged over a minute of both power play and penalty killing time. 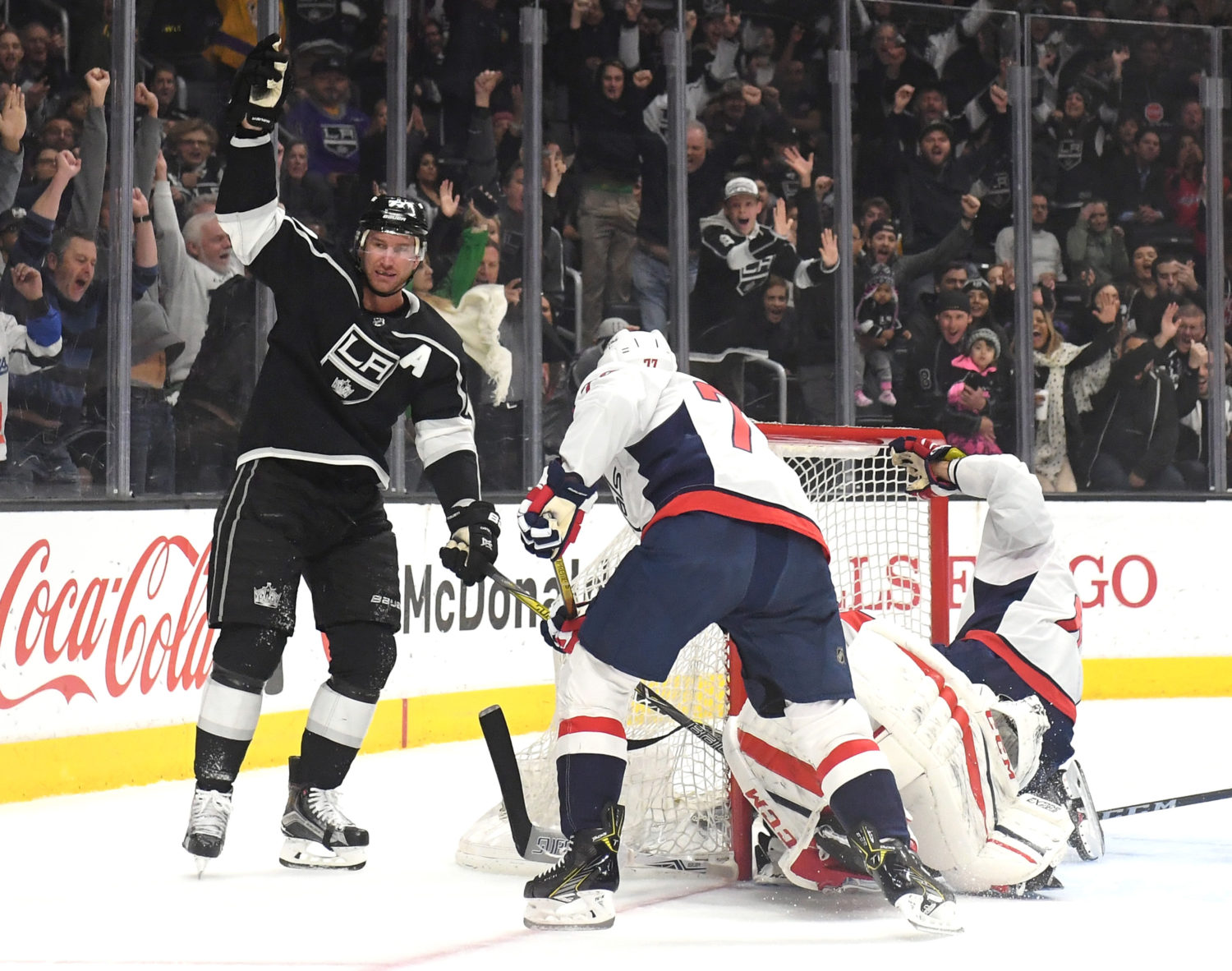 -Speaking of faceoffs, Anze Kopitar finished 13-of-17 and Nate Thompson 8-of-10. Thompson’s performance was representative of the ability of Los Angeles’ third and fourth lines of being able to play in the offensive end. First period pressure by the Kempe-Amadio-Lewis connection drew respectful applause from the crowd, while Clifford, Mitchell and Thompson were strong throughout the game and allowed John Stevens to balance the minutes out across the lineup. Adrian Kempe drew the lowest usage at 10:58, serving to emphasize the team’s enhanced depth and, for the first time this season, a full and healthy allotment of players. 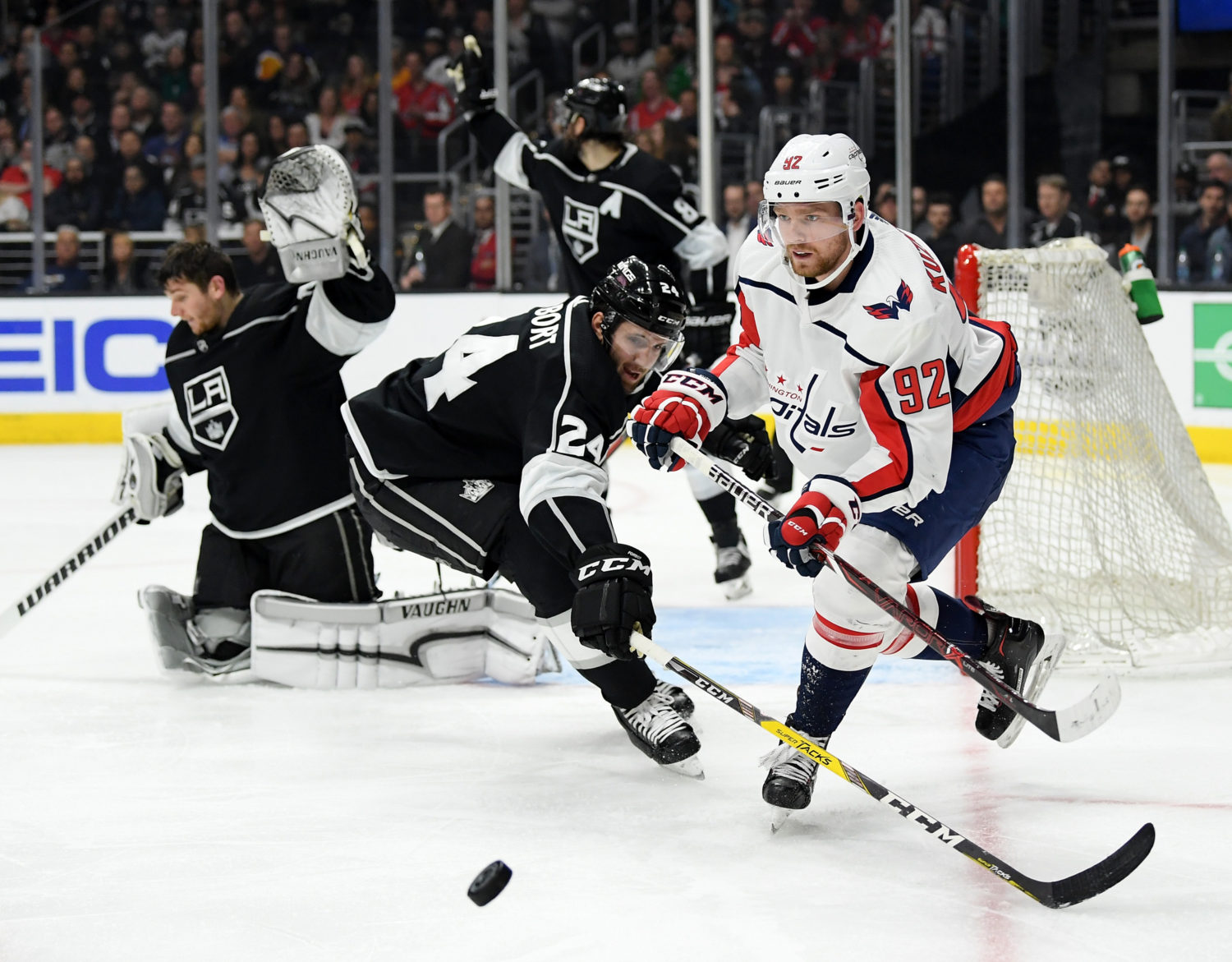