Waking up with the Kings: March 4 - LA Kings Insider

Waking up with the Kings: March 4

The pistons that power Drew Doughty’s emotionally charged world-class game have become double-sided. Obviously, there were many factors in Saturday’s loss beyond his unsportsmanlike conduct penalty. Jonathan Quick wasn’t as sharp as he was in, say, the Vegas game, though he dealt with several difficult screens and wasn’t facing a ton of clean attempts on the looks that got past him. Jordan Oesterle, who was good at both ends of the ice, blocked Jake Muzzin’s sure goal with Anton Forsberg out of position, which would have given the Kings a three-goal lead with 12:40 to play. Derek Forbort has been getting in front of a ton of pucks lately, but after blocking Carl Dahlstrom’s shot, put it back into Vinnie Hinostroza’s hands in the middle of the slot. Referee Justin StPierre made a terrible call on Tanner Pearson’s stick check on an off-balance Connor Murphy to set up the game-winner. Murphy didn’t even fall in the direction Pearson’s stick came from, yet it still fooled StPierre. Los Angeles, a top penalty killing team, was unable to buckle down under the rising pressure and allowed two power play goals over the final 10 minutes of the third period. But Doughty’s second penalty, an unsportsmanlike conduct call latched on to a hooking penalty, served as a play in which one player’s emotional outburst overrode the collective needs of a team whose playoff resume was always going to be hanging in the balance of a few points and occurred late in a game the Kings were in clear control of. These are the late-game moments that the Blackhawks, down-and-out this season but still sustained by brilliant talent with a penchant for the clutch, will often be able to take advantage of. Doughty’s exuberance and unadulterated, youthful enjoyment of playing hockey has benefited the Kings so, so many times more than it hasn’t. All one had to do was to look in his eyes during his media availability the day before Game 7 in San Jose in 2014 – more than 24 hours before the game! – for a visual manifestation of his drive and will to push the team to victory. (He articulated it well, too.) On Saturday, though, a worst possible scenario emerged when he took his fourth unsportsmanlike conduct penalty of the season. Two of those penalties were latched on to other calls, and both resulted in power play goals against in narrow losses. 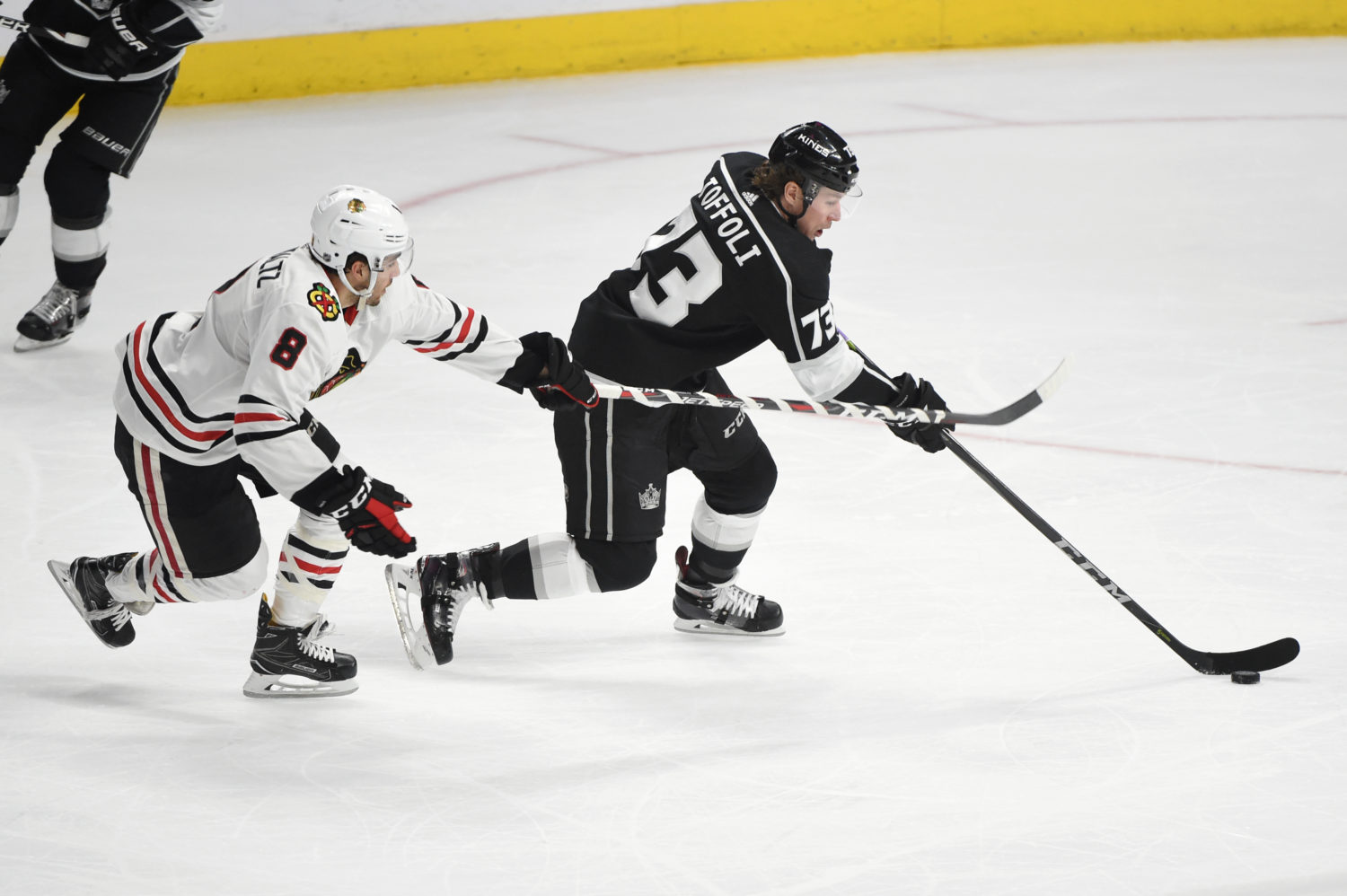 As far as leadership credentials go, the Kings’ accomplished core boasts two championships and a Western Conference Final deep dive. Looking across the room, and seeing dual champions like Dustin Brown, Anze Kopitar, Jonathan Quick, Jeff Carter, Drew Doughty, Trevor Lewis, Kyle Clifford and Alec Martinez goes hand-in-hand with the regular reminders that this is an intricately close group, one driven by players who hate losing, play for each other and have used the heights of their success to immediately command the respect of newcomers and draw the frequent reminders that the leadership in the room, through both good times and bad, remains strong. They’ve had conversations with Doughty about the emotional outbursts in the past, and those conversations will continue. “We’ll address it. It’s about the team,” Anze Kopitar said. That conversation, despite the leadership contingent that has been praised so many times on this site and on others, was not heeded in the heat of Saturday’s battle. It’s worth at least a question as to whether the gradual roster atrophy that occurs naturally over time, and the replacement of the types of voices belonging to Matt Greene and Jarret Stoll and Justin Williams and the like with younger players who are then expected to assume more of a leadership position, has led to occasional volatility in high-profile moments such as these. Doughty, a part of the leadership committee and an alternate captain, has been one of those players expected to assume more of a grasp of the team’s leadership pull, and by and large, based on accounts both inside and outside the room, has done so admirably over recent seasons. He’s a future slam-dunk Hall of Famer, one of the greatest to ever wear the crown, and his emotional play helps define him as the type of player he is, but there are still issues related to that emotion that can’t serve as catalysts for the opposition. There were other factors that led to defeat on Saturday, but there was also a clear locus from which a familiar script had deviated. 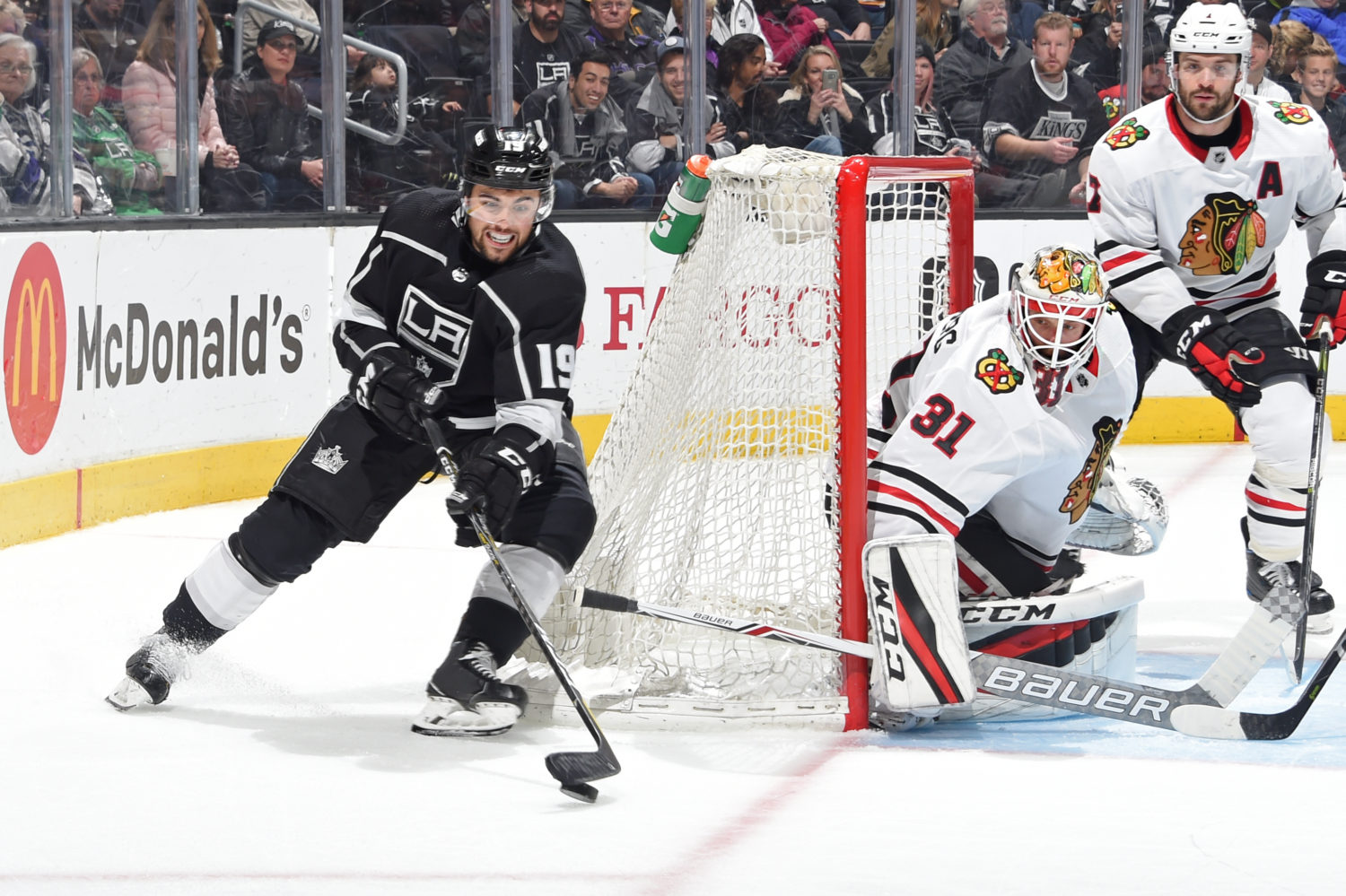