And thus Josh Cooper’s scorched earth reign of terror has finally and firmly come to pass. Let us all gather to bask in this epoch of plenty and feast from limitless cornucopia sprouting from his crumbled and hollowed out effigies.

It’s good to chat with you again, Insiders. And, seriously, let’s all tap our sticks to Josh, who did a tremendous job as the LA Kings Insider in passing along daily information and insight from both the Kings’ and their opponents’ dressing rooms. As he has always been, Josh was accountable, insightful, timely and chose appropriate stories and reports to write, and did so during the lead-up to the trade deadline, a part of the year that tends to add extra care and minutes to the time spent in contact with the team and on the beat. Josh attacked this with energy, class and aplomb.

I greatly enjoyed my time in Connecticut calling Olympic hockey. This is a good story by the New York Times that describes the type of “nerve center” that NBC operates in Stamford, which serves as the base for much of their Olympics coverage (and from where their NHL hockey coverage is produced). My role was to call the play-by-play alongside Mike Johnson’s commentary off a monitor in a sound booth for 20 Olympic hockey games; those games were broadcast on tape delay to those with 4K ultra hi-def televisions. We broadcast games by all teams in the men’s tournament as well as the semifinals and finals of the women’s tournament. The amount of knowledge I now possess of Norway’s Ken-Andre Olimb-Patrick Thoresen-Mathis Olimb connection and Piráti Chomutov Extraliga statistics pushed other vital pieces of information out of my brain, so the next time you see me, please remind me what my shoe size is.

We were able to broadcast two terrific gold medal games. Both the women’s and men’s finals were gripping, this-is-why-we-love-sports moments that disrupted the eye-rolling, non-news silliness that now more frequently than not accompanies the way professional leagues are covered and their contents consumed. Yes, it would have been much better had the NHL players been allowed to play. But friggin’ Germany was less than a minute away from a gold medal in the men’s tournament, and I teared up watching the U.S. women celebrate their Olympic title while thinking about my daughter, and the pair of skates she’ll step into later this year with a wide array of wonderful role models to look up to.

It was also great to see so many ex-Kings and those with Kings ties participate in the tournament. Jim Paek’s construction of the South Korean men’s team was one of the more fun stories of the Olympics to share. Brian O’Neill was a fast, effective forward, and it was great to know that he was one of the pot-stirrers of the United States’ renowned group chat that allowed the team to get to know each other while other national teams had already been playing together or had their leagues extend Olympic hiatuses in an effort to provide extra pre-tournament practice. Eisbären Berlin defenseman Jonas Müller, who attended Los Angeles’ development camp in 2016, was 56 seconds away from having scored the gold medal-clinching goal after having toe-dragged Pavel Datsyuk. Robb Stauber – Robb Stauber! – is now an American Olympic legend, and it was special to go back and listen to the unadulterated joy in Bob Miller’s voice when calling his hyper-aggressive tendencies inside – and, err, occasionally outside – of the crease in tangential preparation for our broadcasts.

But that’s done with, and with the trade deadline and last night’s thrills behind us, it’s now time to focus intently on the sprint to April 7 and beyond. You may notice that the lead photo is not of a skyline, or a Munters unit, or a hotel loading dock, but rather of Gate 18B in Terminal 1 at LAX. That’s because I am not actually in Las Vegas yet, but rather in transit to meet the team there and hit the ground running for today’s morning skate (which is expected to be optional). For a shot of Vegas, there’s one below that I snapped one hour out of Los Angeles on my flight home yesterday. Even scores of miles to the south, the light caught the casinos and reflected the sun directly into the windows of our passing plane some 37,000 feet above. 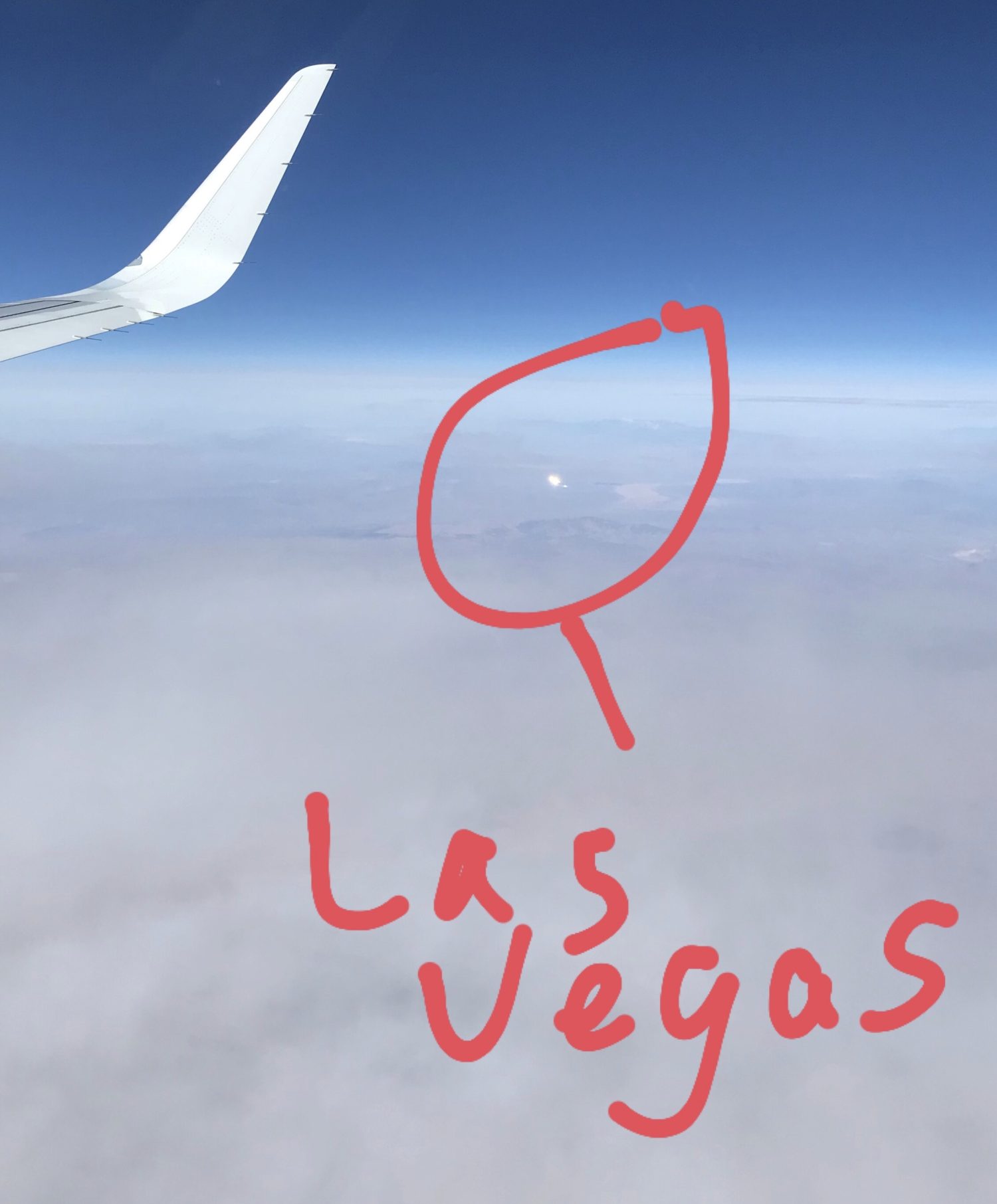