Good morning Insiders and greetings from Tampa. The Kings play the Lightning tonight at Amalie Arena and though the game time is listed at 4 p.m. Pacific, the Lightning sent out a release saying it would start 50 minutes later because of Vincent Lecavalier’s jersey retirement ceremony. We’ll have more on that in morning skate notes.

Tampa has been one of the NHL’s nice 90s Sun Belt expansion success stories. The Lightning won the Stanley Cup in 2004 and made the Cup Final in 2015. Off the ice, the locals have really jumped on board in a big way and tonight should be a fun atmosphere.

Though I’ve covered the NHL since the 2010-11 season, Tampa is one of two league markets where I have not seen a game – Montreal being the other – thanks to how my days off worked and how they jibed with the league schedule. More than anything I want to see the Phil Esposito statue in front of Amalie Arena. Not often do you see a legendary hockey player become an organizational founder – as he was with this team – and then become a beloved broadcaster for the team he helped start. Esposito is one of the game’s biggest personalities and his fingerprints are all over this franchise. 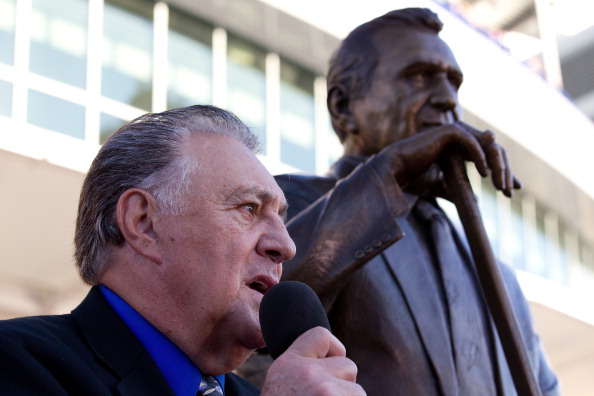