The Kings skated for about an hour at Toyota Sports Center on Monday and afterwards, coach John Stevens was asked about Jake Muzzin’s offense production — the defenseman has 12 points in his last 12 games — along with his thoughts on the Philadelphia Eagles’ Sunday Super Bowl win and how Alec Martinez looked at practice.

Also, Martinez suffered a lower-body injury on Feb. 1 against the Nashville Predators and didn’t play in Saturday’s 6-0 win over the Arizona Coyotes.

On Muzzin’s offense:
I’ve always felt with Muzz’s game that the better he is without the puck the better he is and that part of his game takes care of itself and I think he’s getting back to that and he’s a real physical guy dot-to-boards and ends a lot of plays. It just seems like it gives the rest of game confidence and to me that’s always been the foundation for his game that he builds from. He feels good about his game, he feels good about himself and he just seems to have confidence from that part of his game. I think when he tries to push the offense, it doesn’t work and if you try to switch the order of those two things, for him it doesn’t work and I think he understands that and I think he’s really trying to get back to that, so it has certainly helped him and helped us.

On Martinez being back at practice after missing the last game:
It’s a good sign he’s not long-term. I mean, I haven’t talked to the trainers yet and see how he made out. He did most of practice, but I didn’t see any restrictions or I didn’t see him pulling up on any area where he shouldn’t be involved with, so I think it’s a really good step. Just the key now is how he responds to that type of work today and see where he’s at. I probably won’t know til the morning, but see where he’s at tomorrow.

On the Eagles Super Bowl win:
I was excited for them. My kids grew up in that area and they were really rooting for the Eagles. If you live there, and until you’ve lived there, I don’t know if you understand the enormity of what just happened. People plan their schedule for their families around the Eagles schedule. It is such a fabric of the community there so really happy for the organization. I thought that team was fun to watch all year and extremely happy for the city of Philadelphia and it’s not just Philly — South Jersey, that whole area is Eagle country and they’ve been waiting a long time for something like that to happen so I think their hope had been maybe diminished a little bit when their quarterback (Carson Wentz) got hurt but just a great example of ‘next man up’ mentality and ‘the team is the most important thing’ but that city is, again, until you live there you don’t understand that they’re pretty happy right now. 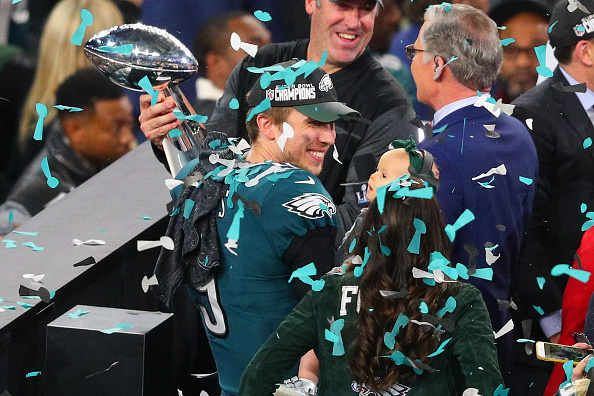 On if he knew anyone with the Eagles from his time coaching in Philadelphia:
I got to know Andy Reid when he was coaching there a fair bit, but other than him no. The only other guy I know well is Peter DeLuca who is the orthopedic surgeon who also represents the Flyers and he has been with them forever so I shot him a quick text last night and got a response and I know how excited he is, but that organization runs deep in that community, so that is a championship that will be shared with the city for sure.

On his sons being Eagles fans:
They were both pulling hard for the Eagles, yeah. That was really home for them. They grew up 20 minutes outside of Philadelphia.

(inaudible) Nolan is in Boston, there are only a few of them but you can’t fault them. Keith Primeau’s sons are there too. They grew up in the Philadelphia area. It wasn’t hard for them to root for the Eagles but I think if the Eagles weren’t playing they’d be Patriots fans.