When arriving late at LAX after a road trip, the Kings, in the past, often limited their practices the next day to those who didn’t earn a ton of minutes the previous night or who may have been in and out of the lineup recently while the rest of the players participated in structured workouts and video sessions. Sometimes on-ice sessions are scrapped altogether as a means of conserving energy in a long season.

“We didn’t do a lot of work last night, so we had lots of energy to work today,” John Stevens said the day after Los Angeles lost 5-0 at Nashville. “So, pretty simple. Guys came to work.”

“The only thing I could tell you about Marty is I would say he’s day-to-day, and I wouldn’t expect him to be long-term,” said Stevens, who confirmed that the injury wasn’t related to his lower-body ailment that caused him to miss three games at the beginning of the season, nor was it incurred by blocking a shot. He also noted that the practice hadn’t been pinpointed as an optional skate.

“We pushed it back a half hour just because we got in a little bit late, but other than that, we had practice scheduled today,” he said.

At the practice, the Kings aligned with forward groups of Iafallo-Kopitar-Toffoli, Gaborik-Kempe-Brown, Clifford-Mitchell-Lewis and Andreoff-Shore-Amadio-Brodzinski. Defensemen on the ice were Drew Doughty, Jake Muzzin, Kevin Gravel, Christian Folin and Paul LaDue, leaving them one defender short at the moment for Saturday’s game against Arizona (7:30 p.m. / FOX Sports West / FOX Sports GO / KABC 790 / I Heart Radio).

“Arizona’s a talented team and they’ve been very competitive in a lot of games,” Stevens said. “They’ve given teams a lot of trouble. Even when they lose, they seem like they have opportunities to win. They’ve got some veteran leadership there, they’ve got some talented young players, they’ve got something to prove like everybody else. I don’t think our game plan changes a whole lot. We’ve got to manage the puck, we’ve got to be emotionally invested in the hockey game, and we’ve got to be willing to pay a price necessary to win a hockey game. It’s a tough league, and you’ve got to put pucks in, you’ve got to establish the forecheck. You can create a lot of offense from your forechecks and just force some teams into mistakes. Usually you get them caught out of position, and that’ll be no different tomorrow.” 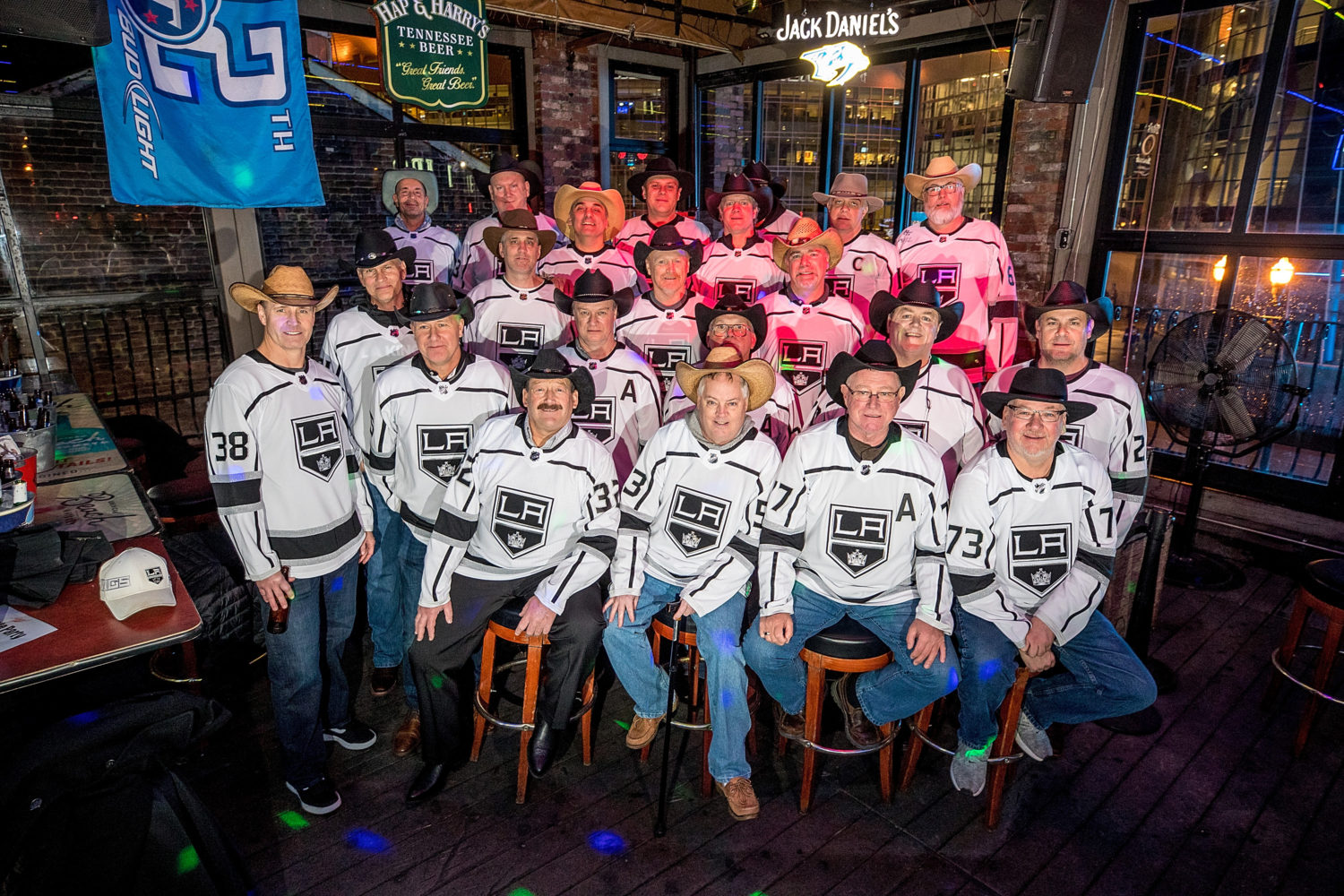 John Stevens, on a suggestion the team did not play Thursday night with the right mindset:
In hindsight, that’s certainly the way we played. Going into the game, we were well aware of how good they were, of how hard they were going to come, how tough they were going to be on the puck, and we talked about all those things. It was polar opposites, the two games. We went in and checked really hard created a lot of offense from it, and then we come in and got pushed off pucks all over the ice and didn’t check very well at all and gave up a ton and created very little, so if anything else, it’s just a really good reminder of the way you need to play, and when you don’t play that way, what happens.

Stevens, on a suggestion the team found a rhythm early but did not sustain it after their power play:
Yeah, we drew a penalty by going hard to the net. I thought we moved the puck quickly. That did swing the momentum in the hockey game, and then I thought from that point on, we got frustrated with their checking. We know it’s going to be tight checking. There’s going to be a lot of contested pucks, and when they didn’t have a play, they chipped it to speed and hunted you down. Sometimes it’s just a matter of field position where you punt and rely on other parts of your game, and they did it and we didn’t respond very well to it.

Stevens, on having responded well after the lopsided loss in Vancouver:
Well, I think those lessons need to run deep for us. The season, we’re getting into the second half here. There’s a big group of teams that are all fighting for position, and we’re one of them. I think Vancouver and Nashville are two of the worst games we’ve played this year. We have had the ability to respond with solid efforts, and again – you can be frustrated when things don’t go well and try to find answers. To me, it’s clear: if we’re just honest and obvious of what happened, it’s pretty obvious to everyone that watched. It’s not like we need a scientist to figure it out here. It’s just a matter of getting ready to compete and being emotionally attached to the game, and the result will be a lot different.

Stevens, on any individuals that needed to raise their games against Vancouver and Nashville:
Vancouver and last night are totally different to me. Vancouver just was we didn’t attempt to execute a game plan. We tried to be a rush team off the hop there. Every time we had the puck, we tried to beat somebody on the rush and we ended up chasing the puck back to our own zone and we were down before we knew it. Last night, we just didn’t compete on the puck like you need to. We got pushed off the puck in all three zones, so I wouldn’t put it on any individual. The team game is ignored in Vancouver. I thought the compete level was not where it needed to be in Nashville.

Stevens, on Jonathan Quick’s performance last night:
I certainly wouldn’t fault him for the hole we were in. Again, it was similar to the Vancouver game where I don’t think it would’ve mattered if anybody was in the net. I think that the result of the game was what we deserved. 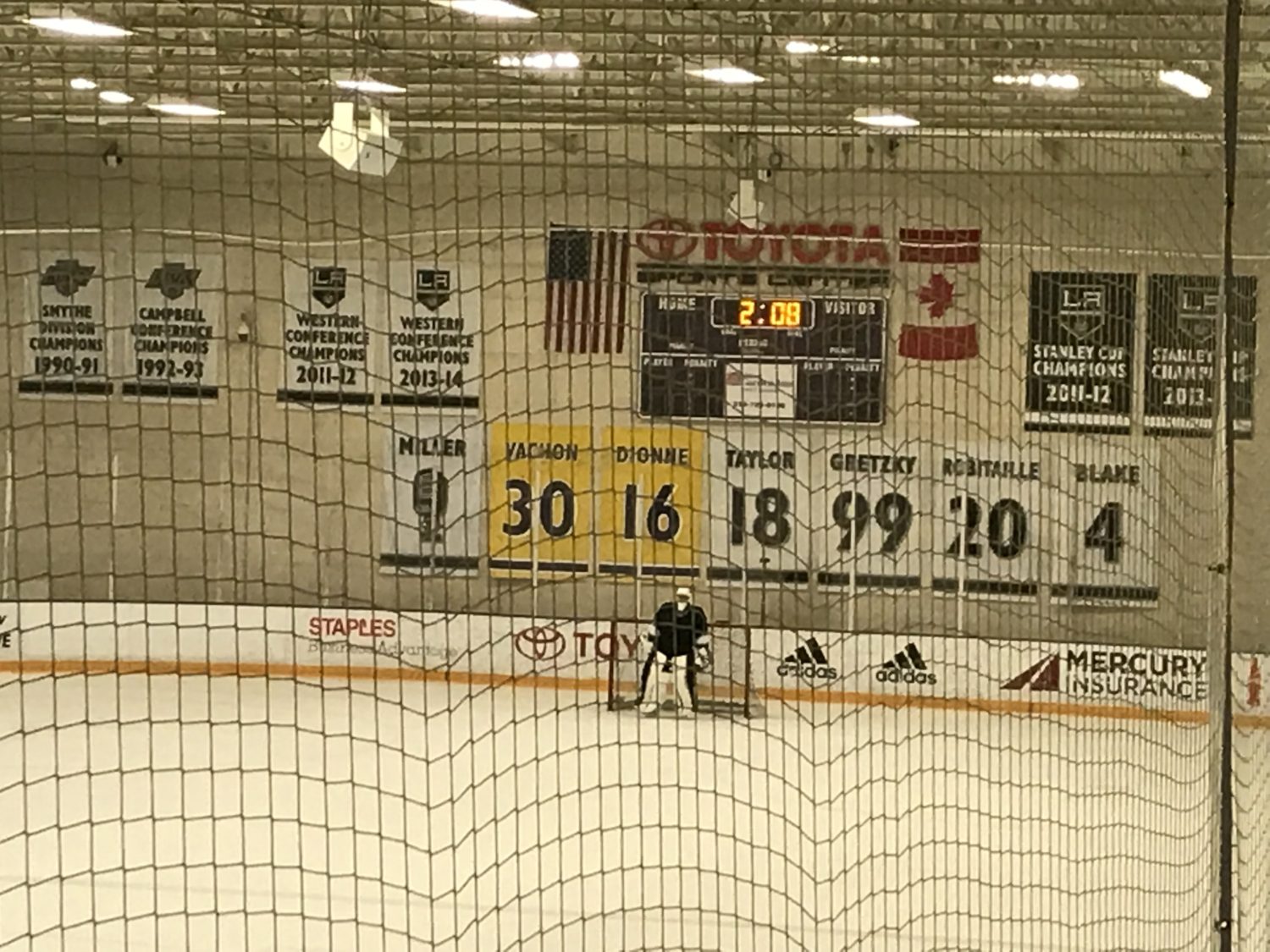 The rearranged banners at TSC, which now honor Bob Miller