Waking up with the Kings: December 17 - LA Kings Insider

In the standings, it’s worthwhile, without context, that Los Angeles salvaged a point from a game they trailed with under 15 seconds remaining. With context, that’s a lousy point. The Kings failed to protect a two-goal first period lead, and for the second time in 12 games this season, lost a game they led after two periods. In an important game that followed back-to-back regulation losses to kick off a four-game trip, that’s not a very positive loser point. The high-impact goal was scored by Josh Bailey on a nifty redirection of Calvin de Haan’s dish towards the net from distance at the 19:10 mark of the first period. Goals with under a minute remaining are troubling. When they turn a two-goal lead into a virtual swing game, that’s a major turning point in momentum. 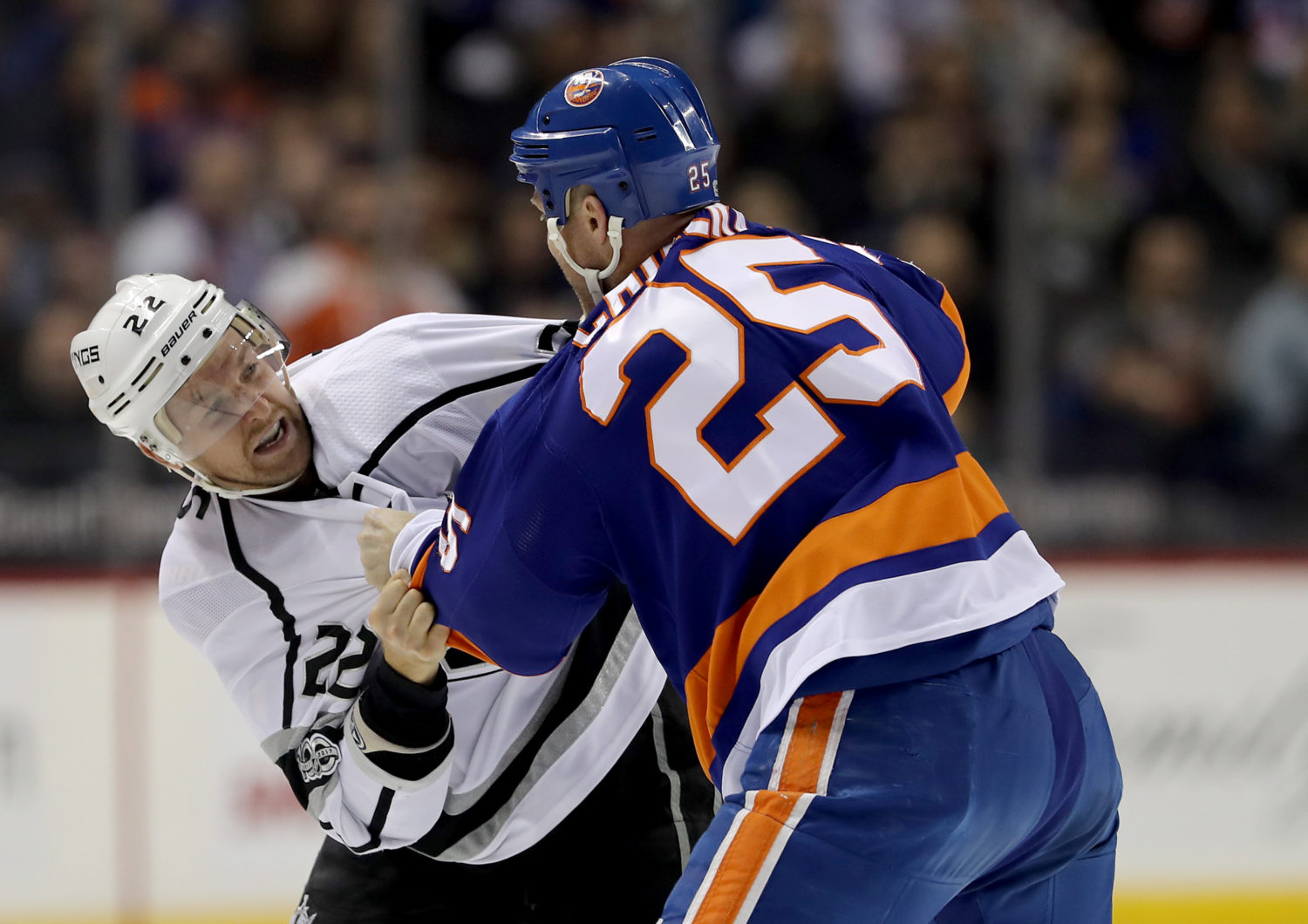 The Kings admirably killed off 3:36 of continuous power play time early in the second period, a wash in which the Islanders struggled to get pucks to high danger areas. Shots on goal were 1-1 during the stretch, which included 24 seconds of five-on-three time. Though they were effective in clearing the puck and confining the Isles to the perimeter, it did appear as though New York built up momentum from the unsuccessful man advantages, which they transferred into an all-out zone time blitz over the second half of the second period and into the third. On one hand, fortune was on the Islanders’ side, because a sequence of continued strong third period coverage led to the equalizer. Christian Folin, Derek Forbort and Anze Kopitar all stepped in front of pucks, with a combination of Lee’s whiff and Kopitar’s stick depositing the puck directly into John Tavares’ wheelhouse for a power play blast that Darcy Kuemper essentially had no chance on. On the other hand, given the zone time advantage New York had built up in the second half of the game, the more time Los Angeles spent in its own zone, the more likely it would be that bounces, deflections, and even proper coverage and hard defensive plays were going to come back to bite them. After Saturday night, the Kings dropped into the red possession-wise. Even though their scoring is up considerably, and they’ve generated higher-quality chances, they’re playing in their defensive zone to a greater degree than they previously had. While their forecheck was on point at Madison Square Garden, it wasn’t at its best at Barclays Center. 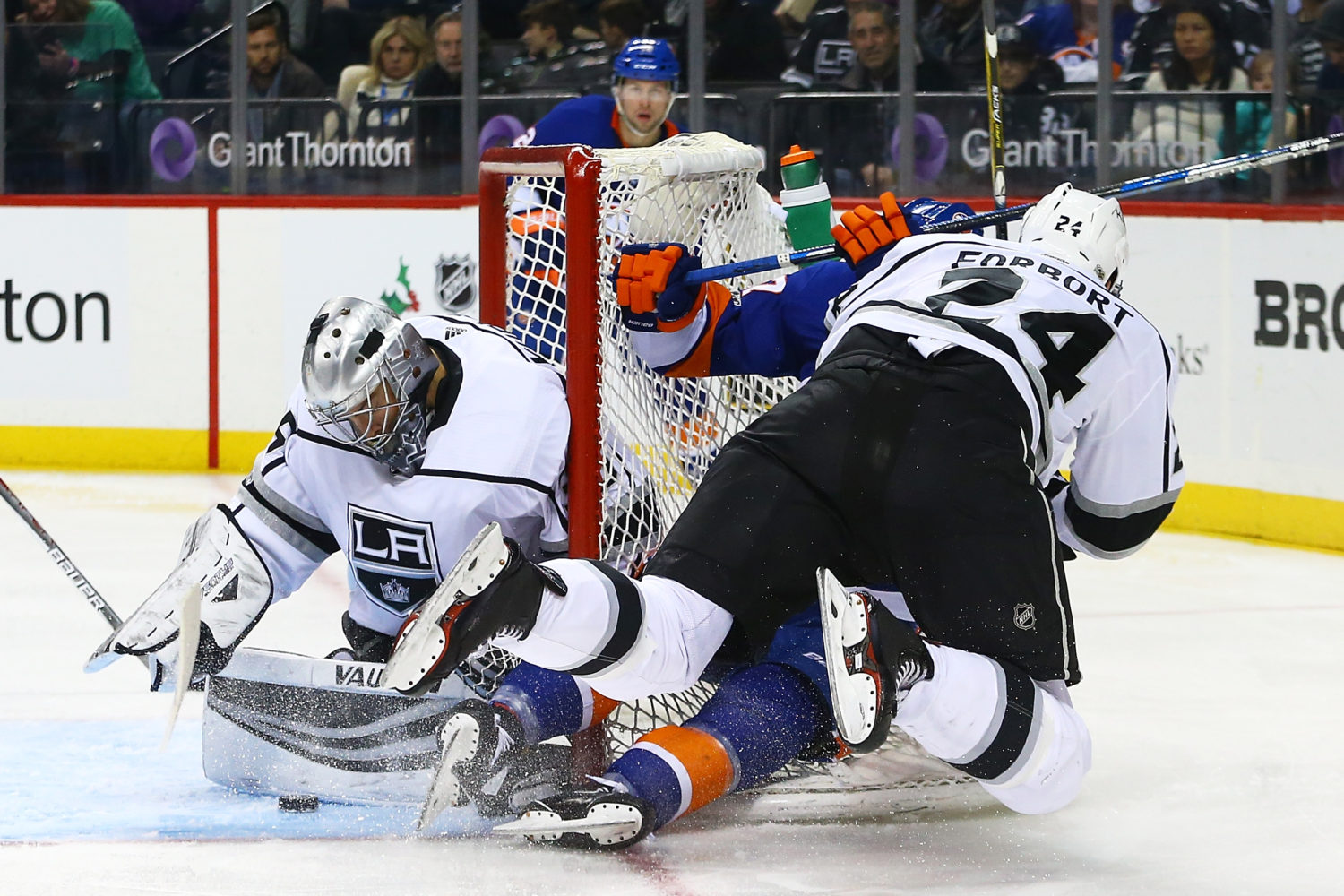 Jake Muzzin has been a warrior the previous two games. Pay absolutely zero attention to the minus-five mark over the weekend; he was Los Angeles’ best defenseman on Friday and followed that up with a hard, engaged performance in which he again continued to show – based on my own eye test and conversations with the coaching staff – that he’s rounded the corner and continuing to play firm, committed minutes after an early November lull. That the Kings are in first place one week out from the Christmas break is based in large part to Muzzin once again adhering to the role of a true number two defenseman. He was on the ice for Lee’s late go-ahead goal, but in that sequence, which began with Alex Iafallo’s turnover, Muzzin, after hammering Lee along the boards, came out to challenge Ryan Pulock, the dangerous offensive defensemen that had moved around Iafallo, leaving space behind him that Lee, one of the best net-front players in the NHL, took advantage of in scoring his 20th goal of the season on a roofed backhand. Perhaps the Hockey Gods will repay Muzzin, who was whistled for a phantom non-elbow on Cal Clutterbuck that led to Tavares’ game-tying goal.