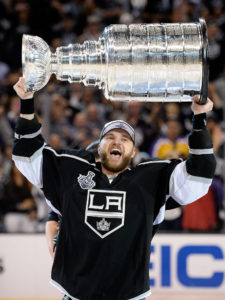 Marian Gaborik’s path to 1,000 games has not been a clean, smooth ride down Rainbow Road. If all goes according to plan, Dustin Brown, more than two and a half years Gaborik’s junior, will have played in 1,000 games less than one week after Gaborik reaches his silver stick milestone tonight against the New York Rangers, one of his three former clubs.

While Gaborik’s path has been a thrilling ride in which he scored the first goal in Minnesota Wild history, eclipsed 40 goals twice with New York, helped catalyze a thrilling late-season playoffs push with the Columbus Blue Jackets and scored 14 goals in 26 games during the Los Angeles Kings’ marathon 2014 postseason run towards his only Stanley Cup to date, his career has been dotted by a litany of injuries that depressed his otherwise remarkable career totals. He has 400 goals and 800 points in 999 games entering tonight’s game – he hit his round numbers in goals, assists and points on December 5 against the Wild – but there’s also a hint of What Could Have Been had the third overall pick at the 2000 NHL Entry Draft not been bitten by a hungry injury bug during his standout career.

“Well, in a perfect world, obviously I’d hit [the milestone] earlier, but with this sport, I’ve been more injury prone than maybe some other guys,” he said. “I’ve battled through a lot of injuries, and like I said, I never thought about the actual milestone or anything. But when it was getting closer and closer, it was in the back of my mind, and here we are.” 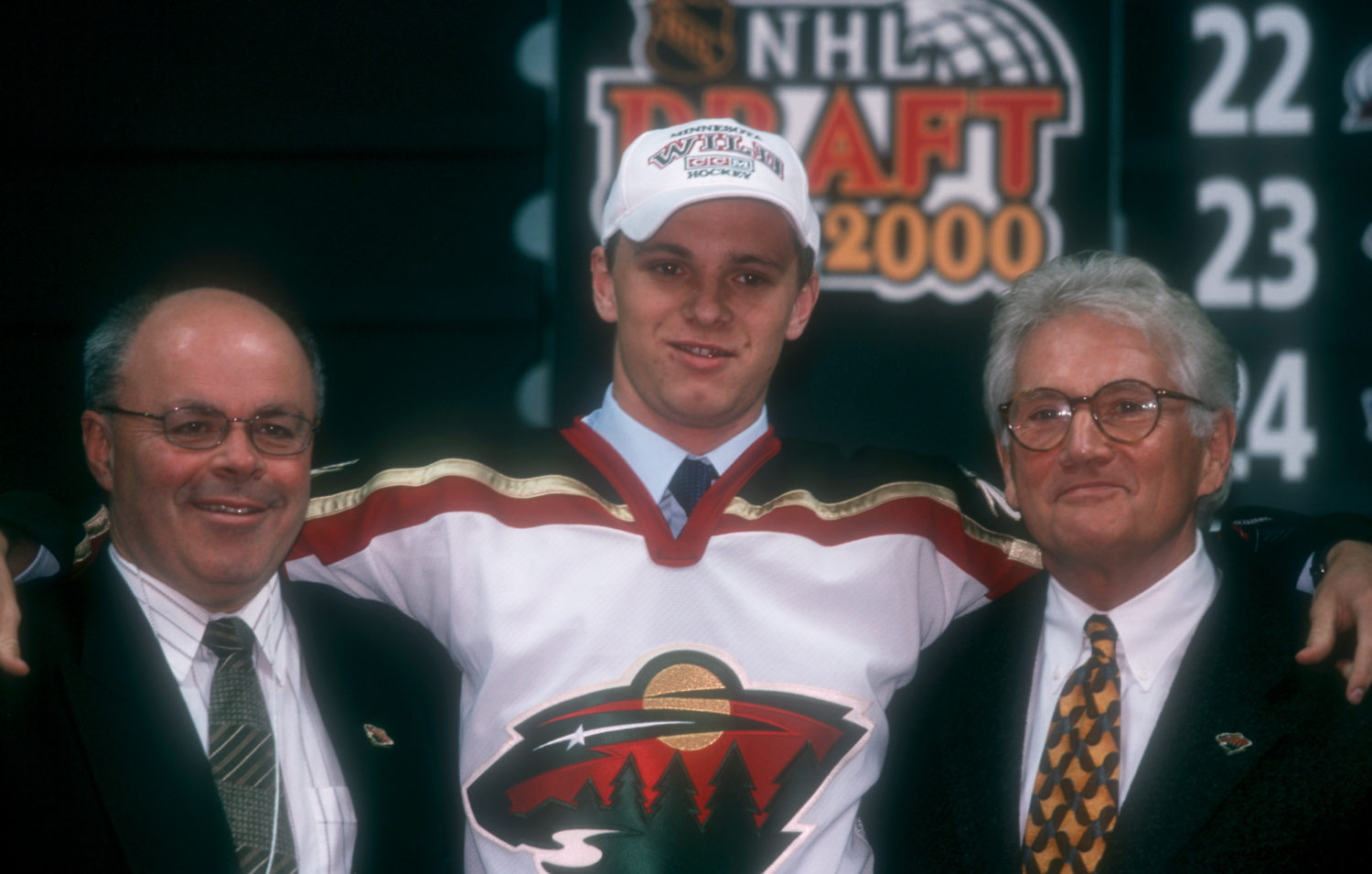 To give a taste of what he has battled through, TSN’s injury tally, which is not official, depicts Gaborik having missed games 30 separate times due to injury. By their count, he has missed time due to injuries to his groin (seven times), knee (four times), illness (four times), hip (three times), upper-body (two times), leg (twice), foot, collarbone, head, shoulder, thigh, back, groin soft tissue and abdomen.

And he has returned every time. He’s not between the ages of 23 and 25, when he posted back-to-back-to-back seasons of 38, 30 and 42 goals, but he is still an effective player and leader with a Kings team that has benefited from a healthy Marian Gaborik, who has the speed to back off defenders, facilitate clean zone entries and score at both even strength and on the power play.

“He’s always come in as one of the fit guys. That’s very important to him,” John Stevens said. “He takes it very seriously. Obviously with injury, he’s got to pay attention and do things a little differently, but he’s always been extremely serious about his physical preparation knowing that it’s necessary to be a good player, and that hasn’t waned as he’s gotten older. If anything, he’s dialed into it a little bit more. He’s serious about the work it takes to be a good player in the league, especially going through some of the injuries that he has. Nothing really different, other than we had an injury that we were waiting to see how he responded to, but in terms of his focus and attention to detail for that part of the game, I think it’s been the same, always.” 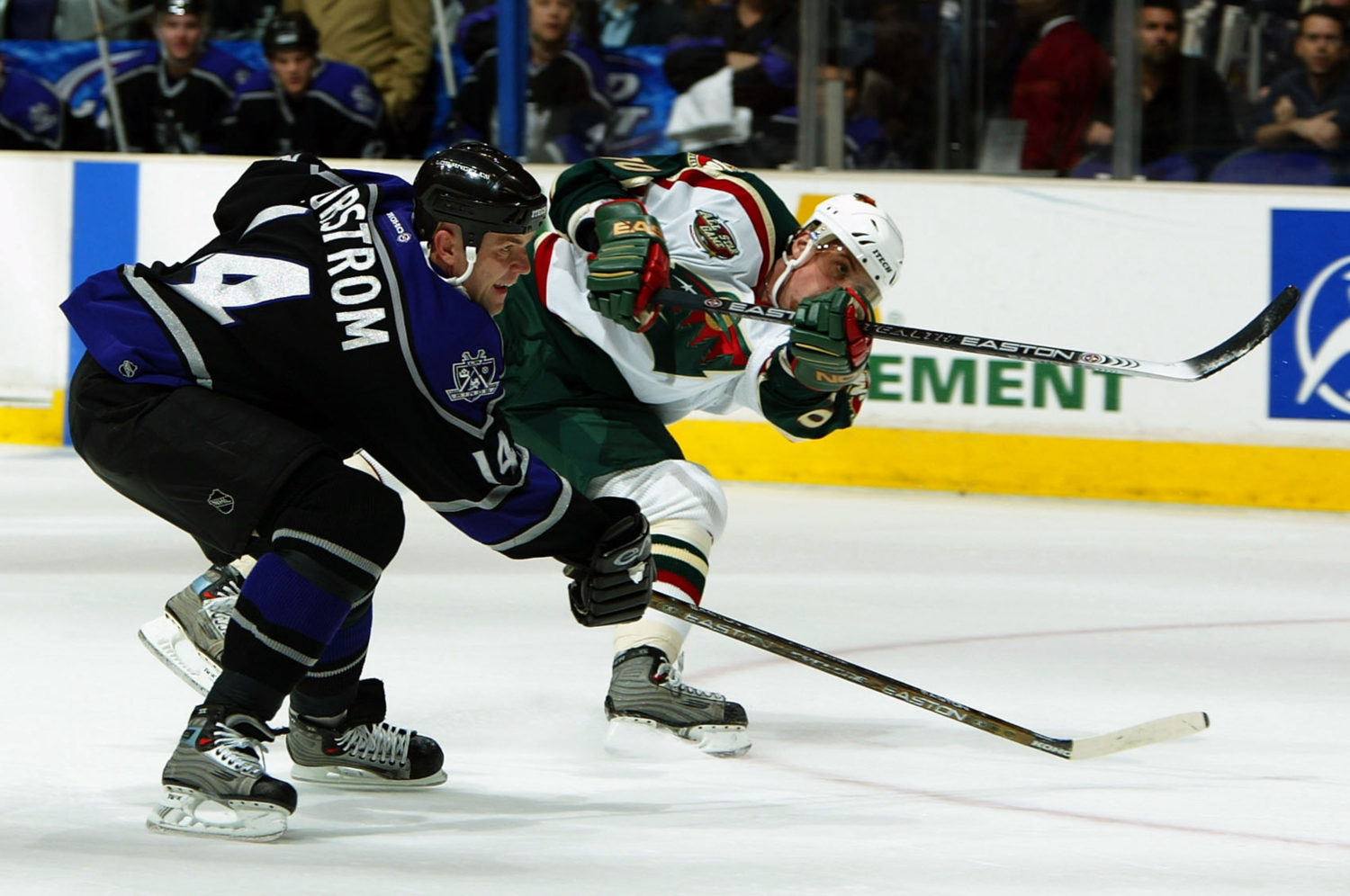 He has also always been a good teammate to those younger and older in the dressing room. Whereas he was informally known as “The Cookie Monster” from his Wild days, as Willie Mitchell shared, his teammates have now taken to informally referring to him as “The Ferrari,” as Trevor Lewis let on during the previous road trip. These are endearing nicknames bestowed upon someone who many players in the Kings dressing room admitted to following closely well before their hockey careers started. Adrian Kempe referred to him as a favorite player growing up.

“You look up to him, you watched him when you were a kid,” rookie Alex Iafallo said. “He takes care of us, and I couldn’t be more thankful – him and all the other older guys. We have great leadership here, great camaraderie. They look out for us, and it’s awesome.” 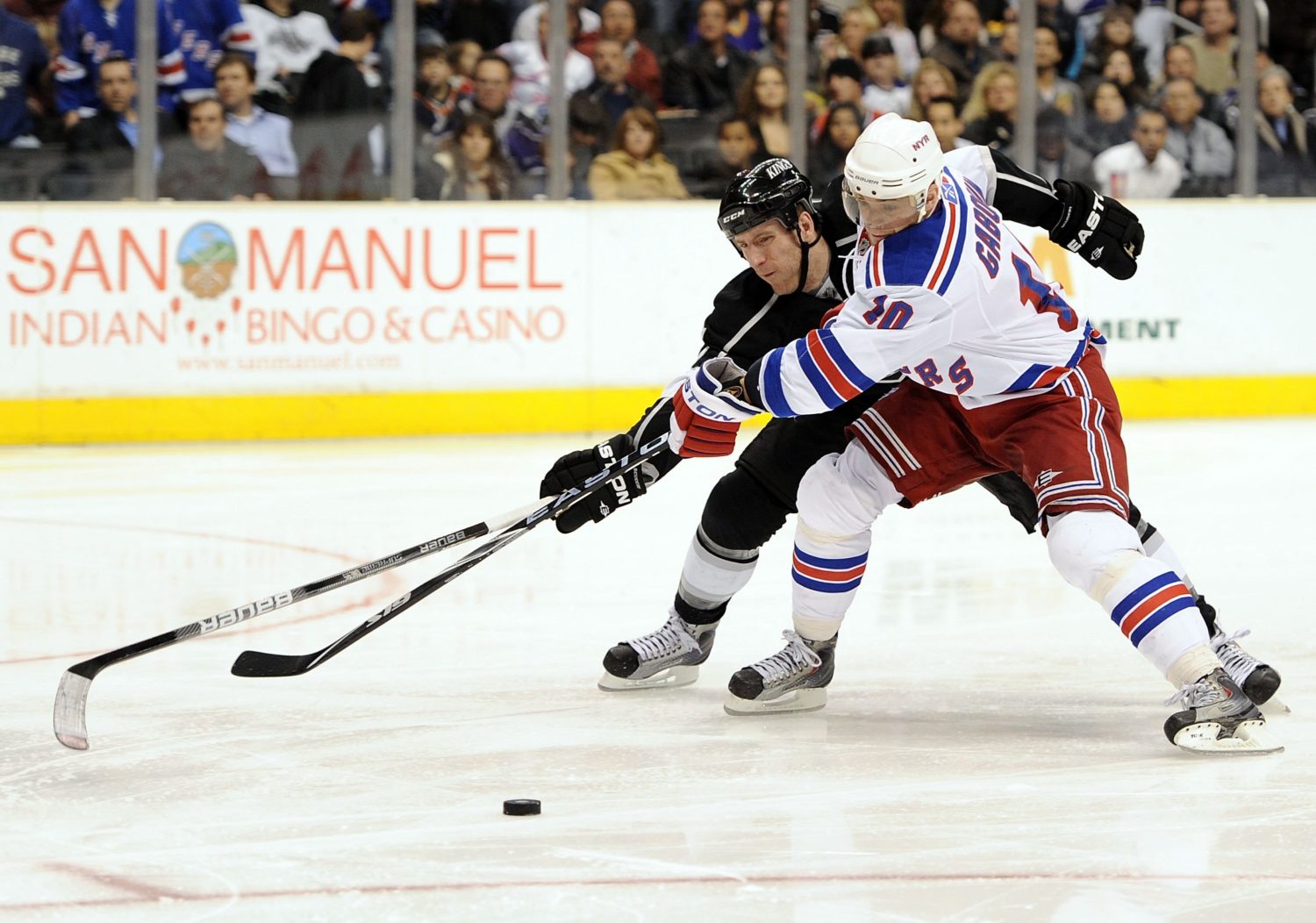 But the perseverance Gaborik has shown, and the willingness to continue to go to battle with the Kings and determination to return to a high quality of play was evident when Stevens met with his winger over the summer. At that time, Gaborik was progressing in his recovery from what the team described as a “chronic issue related to his left knee.”

“He’s rehabbed from an injury that was going to take some time, and I feel strongly, if you look at players in the league that continue to be really good players at an older age, they’re really dedicated to prepare, and they really have a deep passion to pay a price to be a good player, and to me, those are the two elements with any player, but certainly with an older player who’s been a really good player in the league, you can’t live on your past laurels,” Stevens said. “You’ve got to make that deal with yourself and with your team. And he was pretty adamant about his answer. He wanted to do the work, wanted to get back, still felt like he had a lot to offer, and I think he does.”

So even though it has taken more time than originally anticipated, it’s a milestone that, now that it’s front and center, is important to both the player and his coach.

“Honestly, I never thought about it, even when it was getting closer and closer. It was in the back of my head, but I was never really thinking about that,” Gaborik said. “But, here we are. The time flies pretty quickly. I experienced great years in Minnesota, obviously four unbelievable years here, a short stop in Columbus, and then here, winning a Cup, it’s definitely a dream come true, and playing [my] 1,000th game in the Garden, it makes it even more special.” 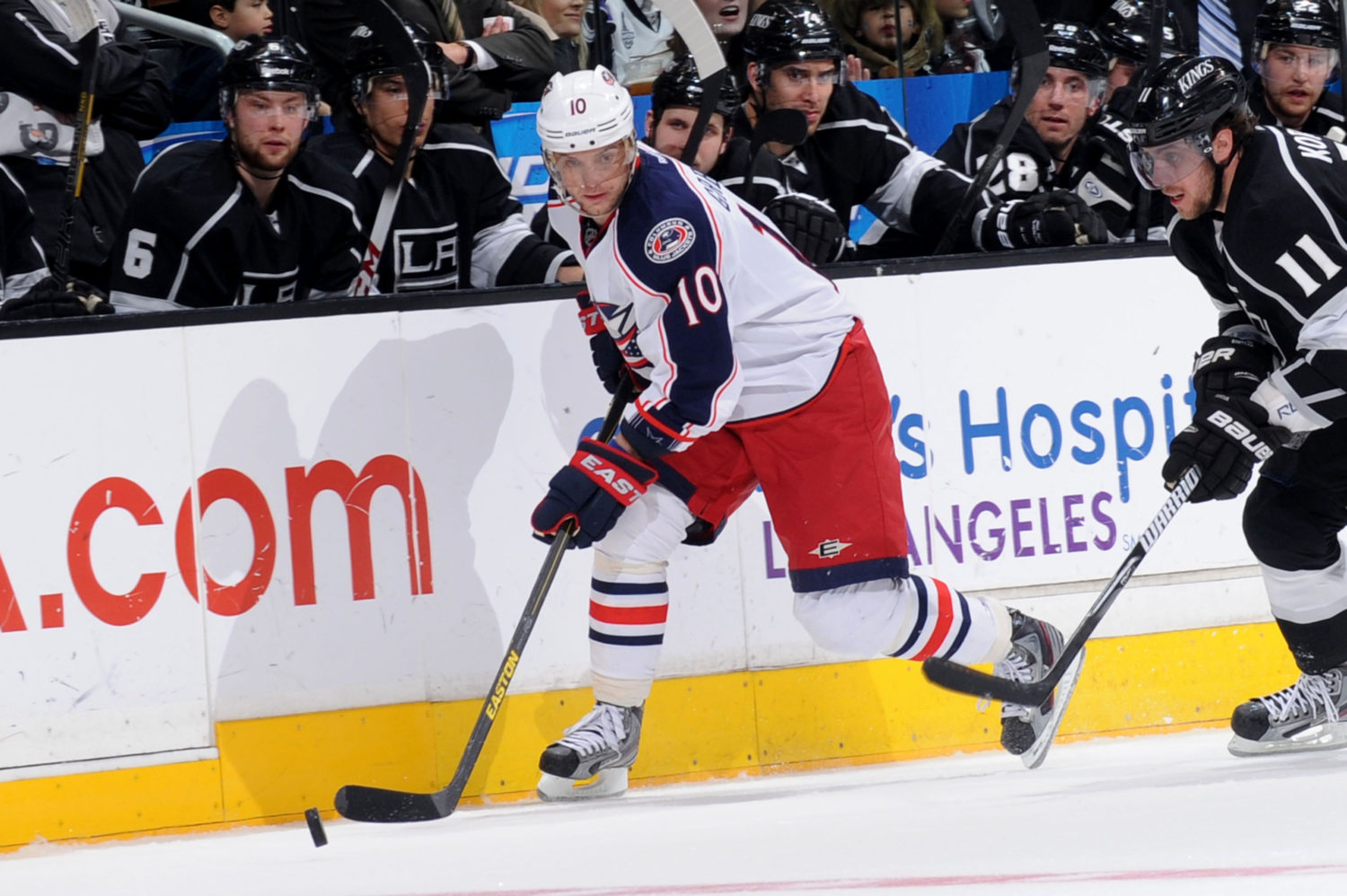 To Stevens, the firm, round number carries special significance.

“One, you’re good enough to be in the league that long – that’s a big deal – and, two, it’s a big commitment,” Stevens said. “This is a very, very demanding game. It’s a physical game. To see guys play that long and still continue to be really good players is, to me, really impressive. If you look at how many really, really good players that have played that never came near that number, I think it’s a real accomplishment that’s noteworthy.”

Tonight, Gaborik will play in front of his wife and a close contingent of family friends who have descended upon New York. That the milestone falls in an arena where he set several personal high-water marks – his 86 points in 2009-10 is a career-high – isn’t lost on The Cookie Monster, or The Ferrari, or, sans nickname, a model of perseverance and skill. 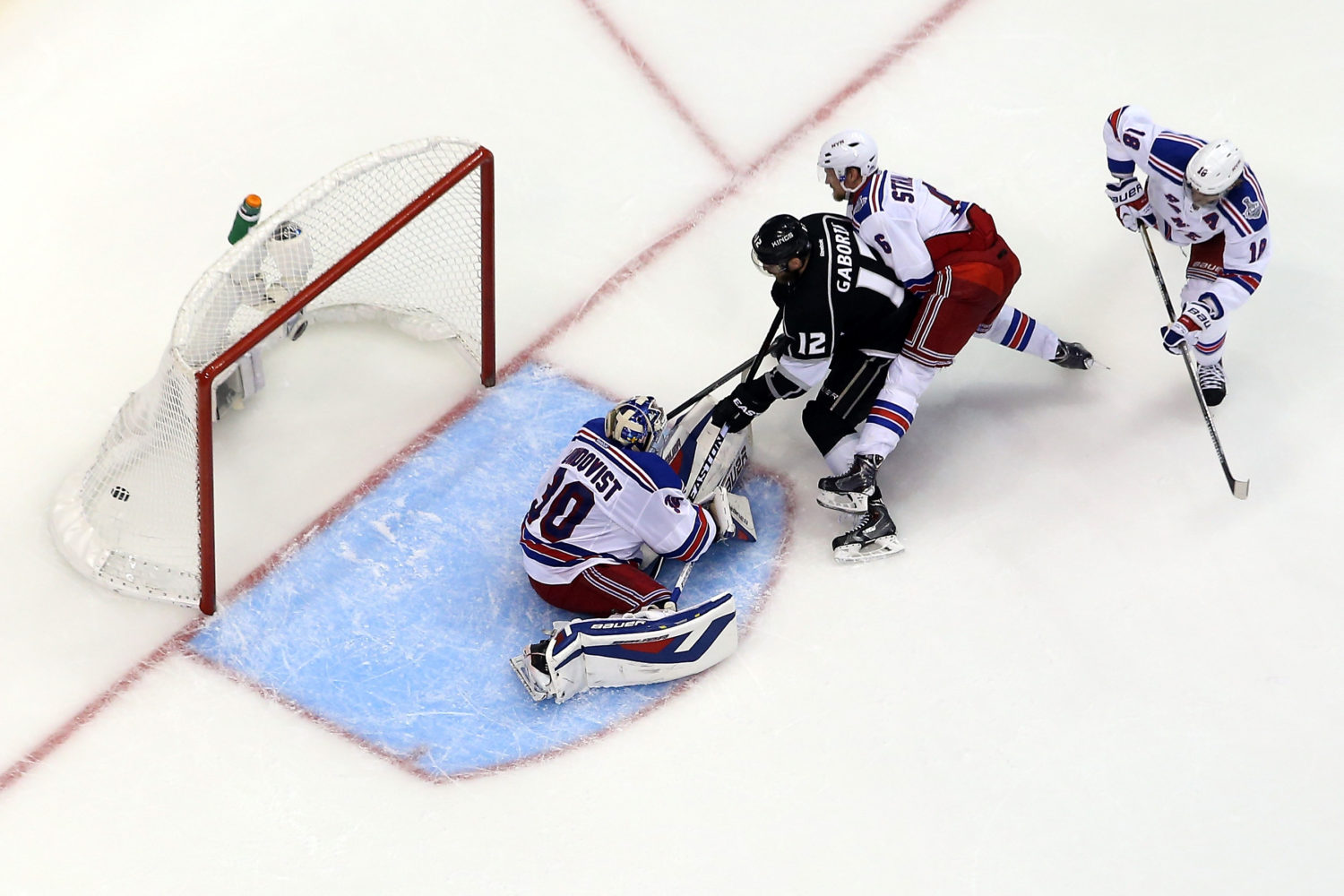