Waking up with the Kings: December 4 - LA Kings Insider

Waking up with the Kings: December 4

Two tired teams took the ice at United Center on Thursday night. The game was played on December 3, so it’s not as if NHL teams are arriving to games comfortably sustained by eight-hour sleeps and deep body massages after a weekend at Terranea, but both the Los Angeles Kings and Chicago Blackhawks were knee deep into a compacted part of the schedule. For Los Angeles, Sunday’s game came at the tail end of a cross-country, four-in-six stretch, and for Chicago, the game punctuated a challenging away-home-away-home-away-home six-in-nine. So, it wasn’t exactly a surprise that the Blackhawks’ second shot on goal came over 13 minutes into a game that took a long time to get airborne. Before some late-period penalty trouble and the flurries that followed – including several threatening missed nets – the Kings were sustained by an emotional jump early in the game but weren’t able to transfer their strong territorial play into a bevy of offensive chances, save for the Jake Muzzin-Marian Gaborik slap/pass and the iron that Tyler Toffoli found from point blank range. At the other end of the rink, Los Angeles’ diverse array of penalty killers – eight forwards logged at least a minute of shorthanded time, led by Jussi Jokinen’s 2:50 – didn’t allow much of a sniff towards Jonathan Quick for the first two penalty kills in the opening period, provoking the Madison Street boo birds. That changed on the final kill, when Quick made a lunging blocker save on Alex DeBrincat at the buzzer, which brought out Frank Pellico’s rendition of Here Come the Hawks instead of some piped-in Chelsea Dagger. 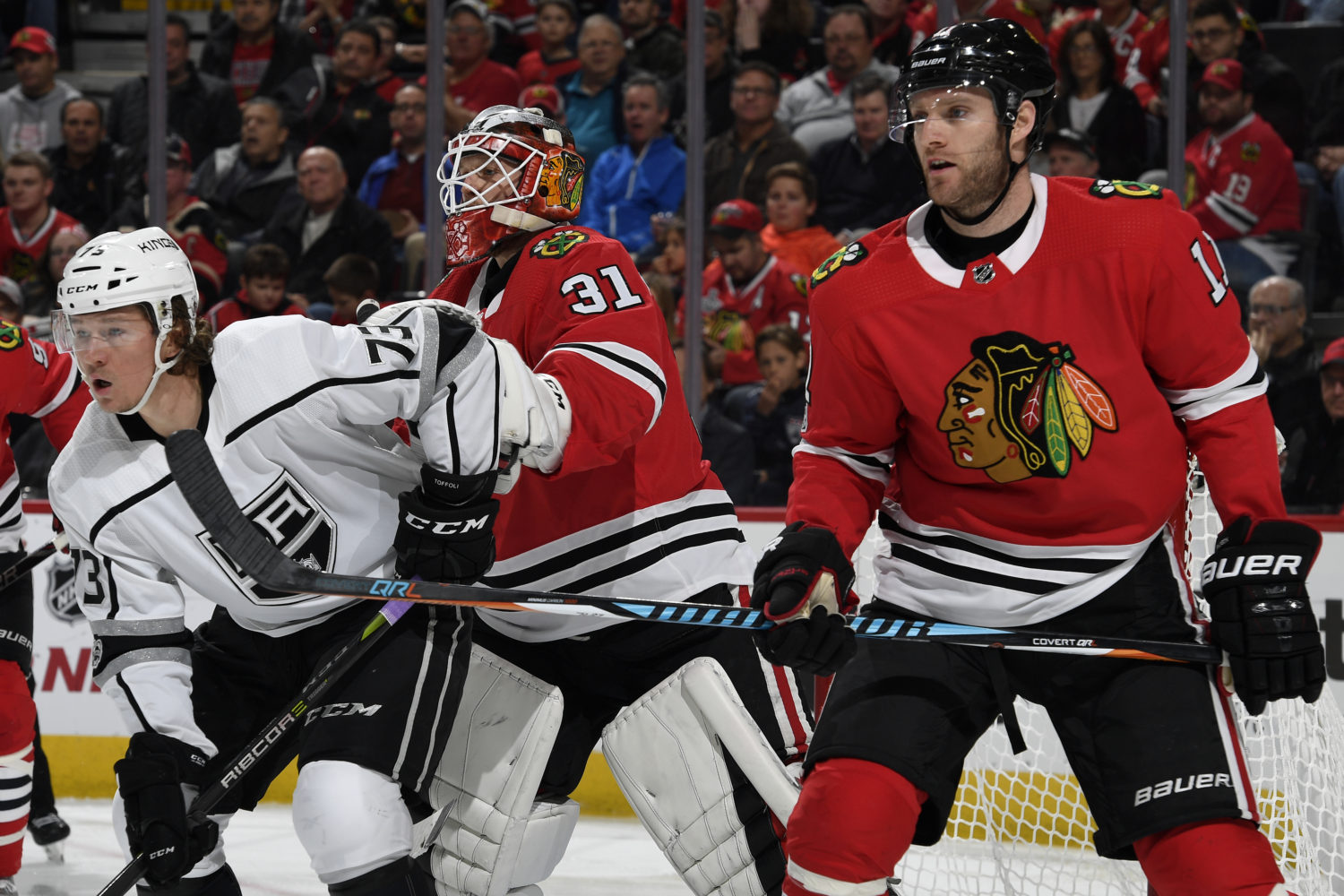 It was a dicey second period, but Quick again retained the focus and composure necessary to sort through 20 minutes of heavy Chicago zone time. And “heavy Chicago zone time” is much more dangerous and taxing than the sustained pressure from a vast majority of other NHL teams. But as it has been throughout the road trip, the Kings were lifted lifted by a wagons-circling collective defensive unit. They fended off an onslaught that peaked late in the period but was pressured throughout, and while it’s silly to circle the names of several standouts when Los Angeles has been sustained by its team game – would it be possible to circle the names of everyone in the lineup? – the Muzzin-Doughty pairing was excellent, as it should be, and a pillar of the team’s success on the trip. If we’re going to stay with the Kings Twittersphere Whipping Boys, the center matched up most frequently against Patrick Kane and his line was Nick Shore. The Kings won the shot-attempt count over the 5:49 of five-on-five time the two were on the ice against each other, and Kane didn’t factor into any scoring until he was on the ice for a pair of empty-net goals against. Shore has represented the team’s road mode quite well and has two goals, four points and a plus-five rating while averaging 15:17 over 11 road games. He’s responsible, not dynamic, and has factored into the team’s strong play away from Staples Center during its improbable success in the absence of Jeff Carter. 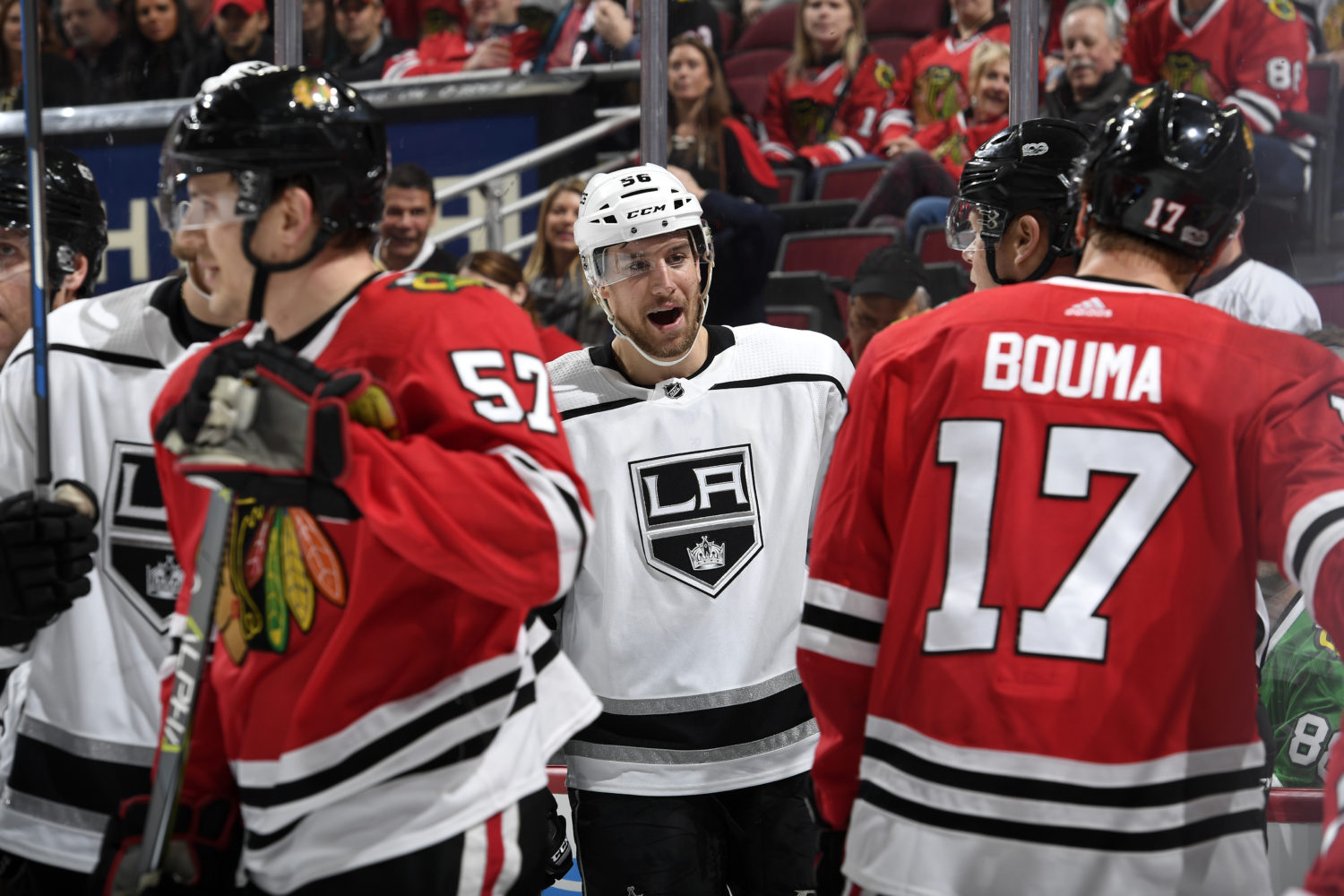 The Blackhawks are also a good third period team and entered Sunday with a plus-eight goal differential over the final 20 minutes of regulation. (And in walked the 2017-18 L.A. Kings.) Christian Folin’s goal, which followed much higher-quality chances from Alex Iafallo and Marian Gaborik, was scored off a clean Dustin Brown zone entry and a dish back towards the right point. Tanner Pearson had an opportunity to play the puck but instead buzzed through the slot, which along with Kopitar’s presence in front of Anton Forsberg, provided a moving screen that the defenseman timed up perfectly with his shot. Anze Kopitar scored four goals on the trip and Tyler Toffoli added three, but some of the biggest goals during the four road wins were scored by Folin, Jonny Brodzinski, Jussi Jokinen and Adrian Kempe. Los Angeles has lifted its offense by over half a goal per game through the first 28 games despite their leading scorer from a season ago being limited to just six games. There are a number of resurgent individual performances that have influenced this swell, but it speaks to the overall team game and the next-man-up opportunism that the offense has been lifted to the degree that it has. 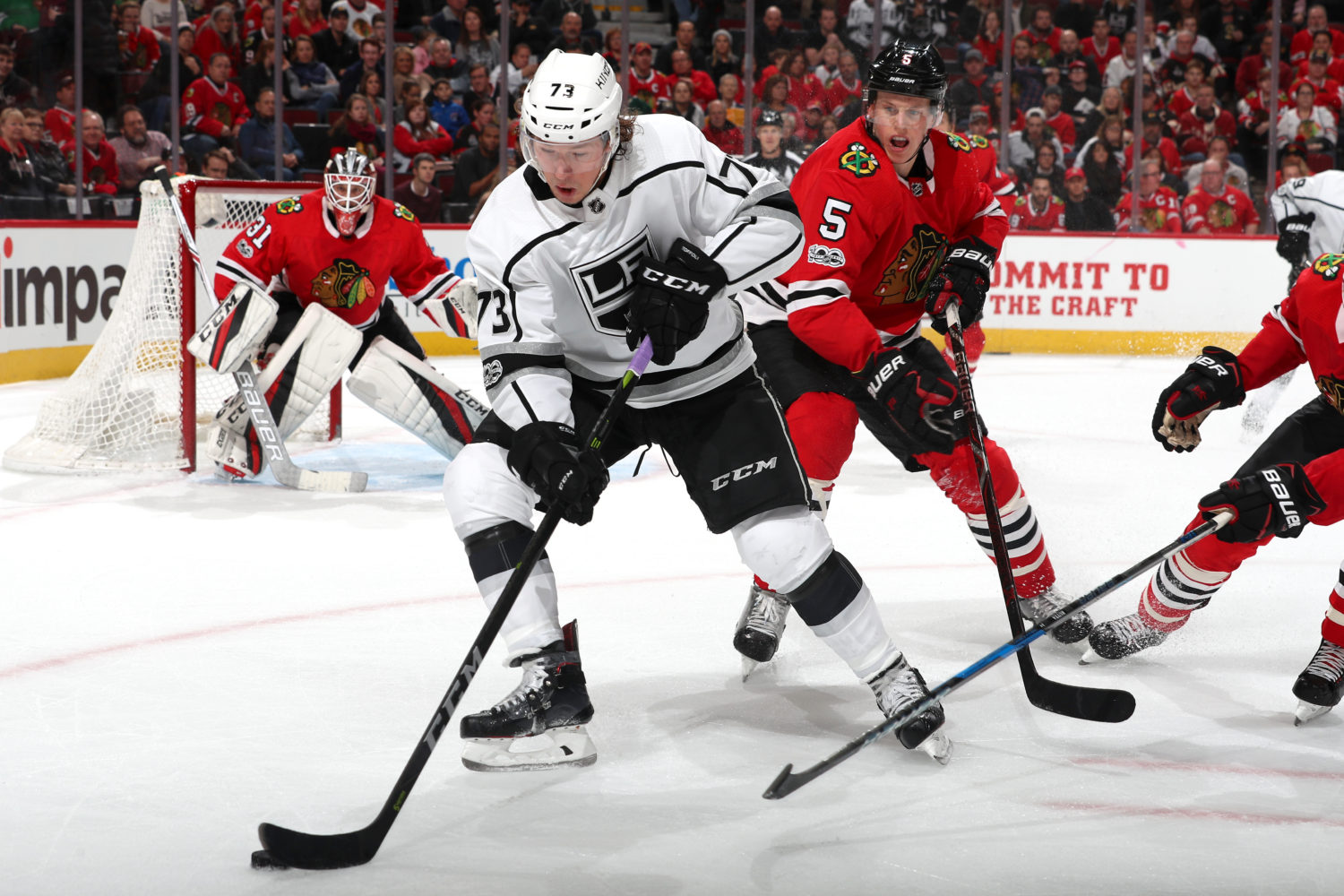