A funny thing happened en route to a 5-2 win over the Washington Capitals: the Los Angeles Kings received important depth contributions. In a game boasting star power of Anze Kopitar, Drew Doughty, Alex Ovechkin, Nicklas Backstrom and a fascinating Evgeny Kuznetsov, it was Kurtis MacDermid, Jonny Brodzinski and Jussi Jokinen who combined to turn nine seconds of the second period into the most important stretch of the hockey game. MacDermid, with his first career multi-point performance, started all of this. Under pressure, Braden Holtby banked an ill-advised but still seemingly innocuous clear off the side boards that would have cleared the zone had MacDermid not quickly skated to the left point to pick off the outlet. MacDermid is a willing learner who has taken instruction extremely well but also relies upon his own instinctively sound decision-making (in addition to some punishing physicality), and he knew exactly what do with the puck when stepping in front of the clear. He immediately threw it directly towards the net, where Brodzinski, a natural goal scorer, hit an “X” in the low slot where he’d be able to make something of a potential pass or shot attempt. This connection happened faster than Matt Niskanen and Dmitry Orlov were able to react to it, and is another byproduct of an advantage the Kings may have over the Eastern Conference: with the unfamiliarity, opponents are not aware of the chemistry between the two Ontario Reign players who logged heavy minutes together in the American Hockey League for the last two seasons but had combined for only 33 National Hockey League games prior to last night. 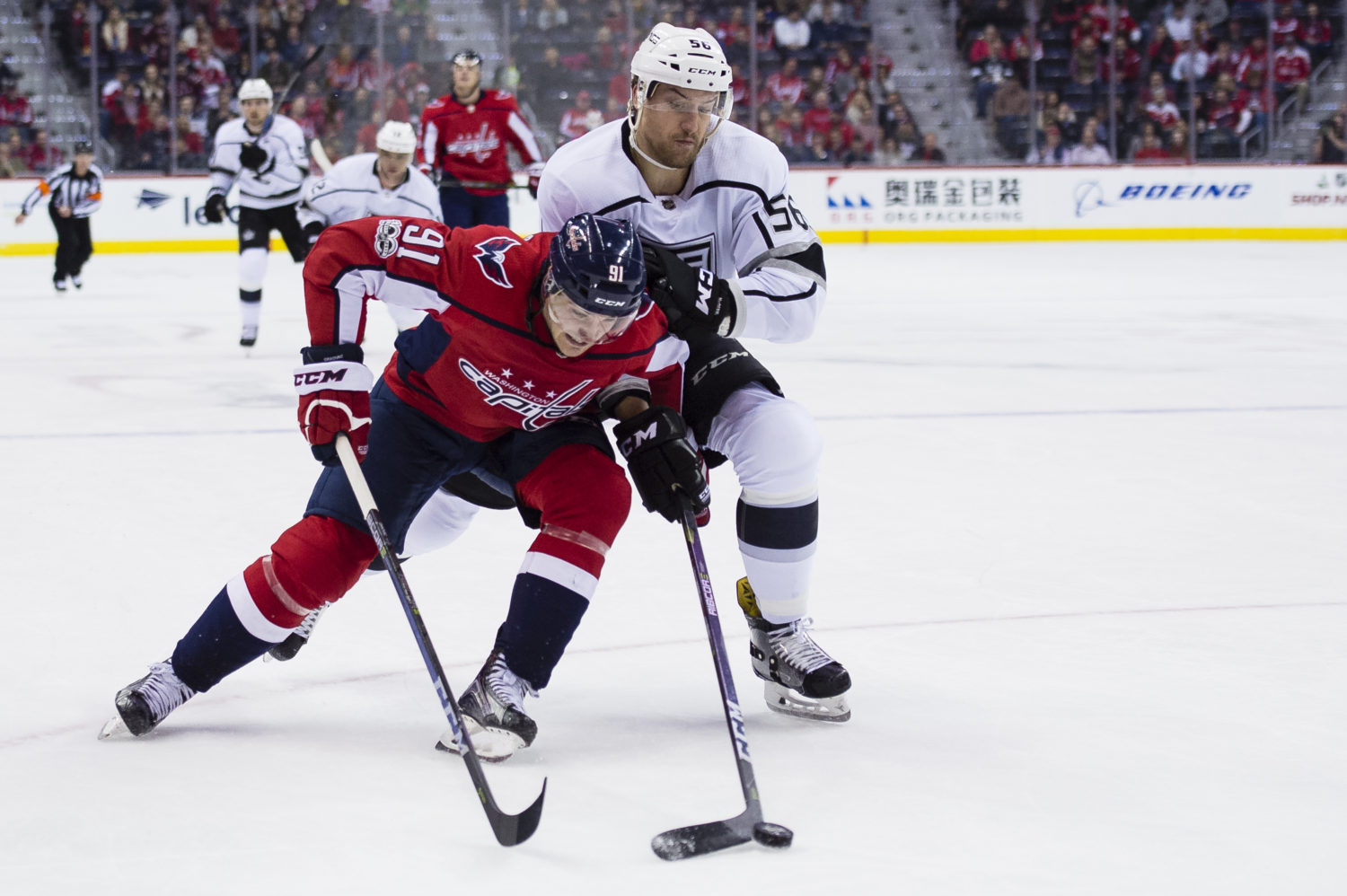 Speaking of the depth scoring, the Kings may have themselves a third line. Marian Gaborik isn’t exactly “depth scoring,” and lines are never static, but at the current juncture, following a multi-week stretch in which the secondary scoring had largely evaporated, this Gaborik-Kempe-Lewis could provide a viable option when other skilled forwards are off the ice. Trevor Lewis’ 41-point pace is a large influence on this, but this line does provide a good speed option in which Gaborik’s traditional zone entry excellence can be a positive influence on their transition and neutral zone play. The possession rates indicate that they haven’t been playing in the offensive zone to a great degree – a small sample size may be spitting out some wonky data – but in a lengthy stretch in which the team’s center depth is tested, there aren’t a surplus of great options. Nick Shore skating with Tanner Pearson and Tyler Toffoli isn’t necessarily ideal, but it’s practically necessitated by the lack of options and is yet to be exploited by disadvantageous match-ups. 14 in home games, Shore has three assists and a minus-eight rating, while in nine road games, he has two goals, three points and is a plus-three. 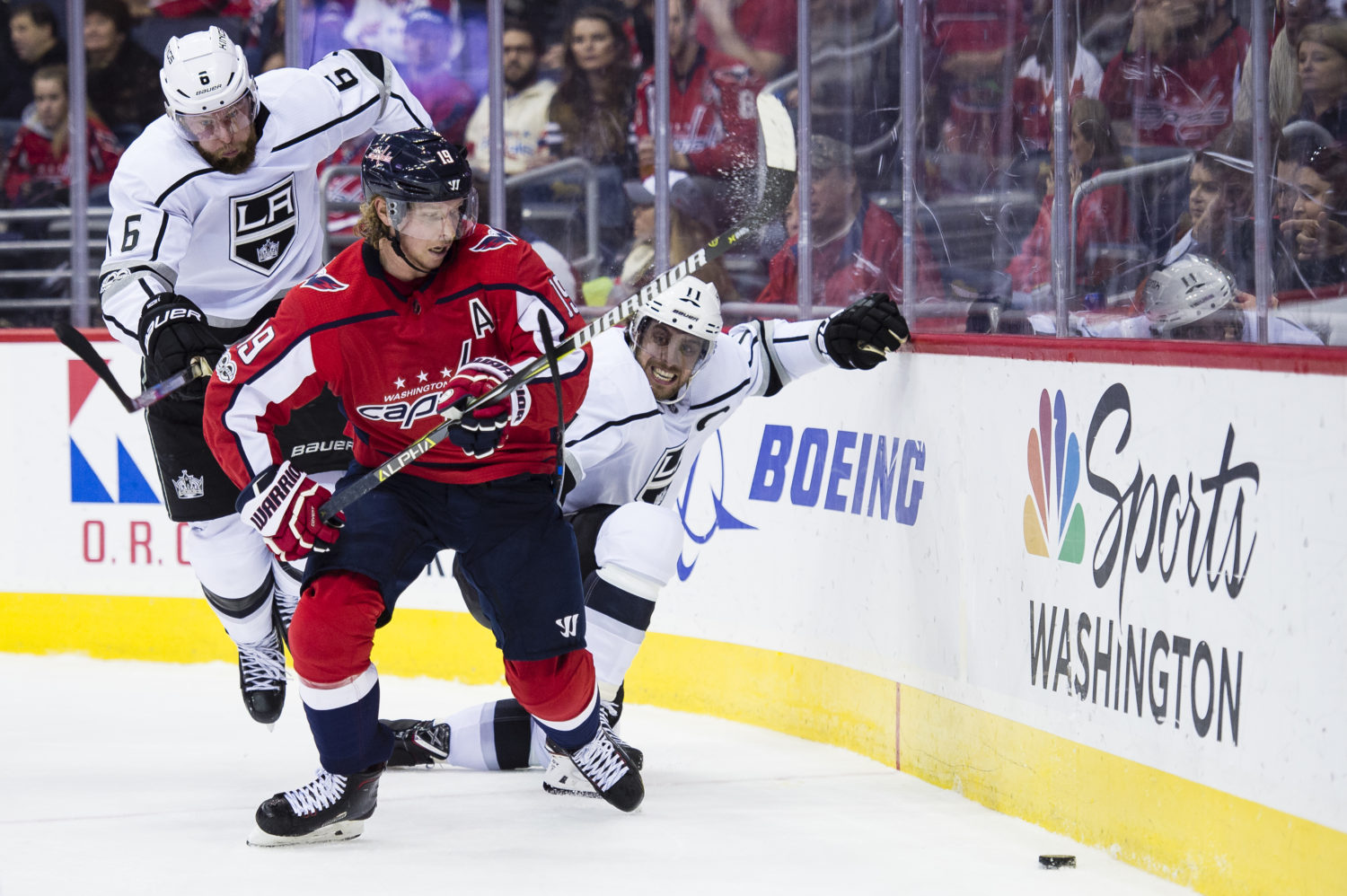 Jussi Jokinen provided a Swiss Army knife-type performance in the win. In his 11:55 of ice time, he saw at least a minute of five-on-five ice time with six different forwards and worked in the offensive zone to a degree greater than any other L.A. skater. He also caught Washington flat-footed immediately after Brodzinski’s equalizer as he found ample space behind Madison Bowey to receive a heads-up Lewis stretch pass and scored a big goal on a breakaway for his 14th career goal against the Capitals. That’s notable both in how John Stevens’ game management allowed a player who began the night on the fourth line to play such a multifaceted role in the win, as well as excellent team execution by the players on the game-winner. All five skaters touched the puck in nine seconds, allowing a center-ice faceoff to evolve immediately into a quick-strike. Shore won the draw towards Lewis, who shoveled it to Alec Martinez. He exchanged it with MacDermid, who sent a hard pass back towards the center dot, where Lewis received it and quickly found a streaking Jokinen. That’s some solid, five-man-unit work. 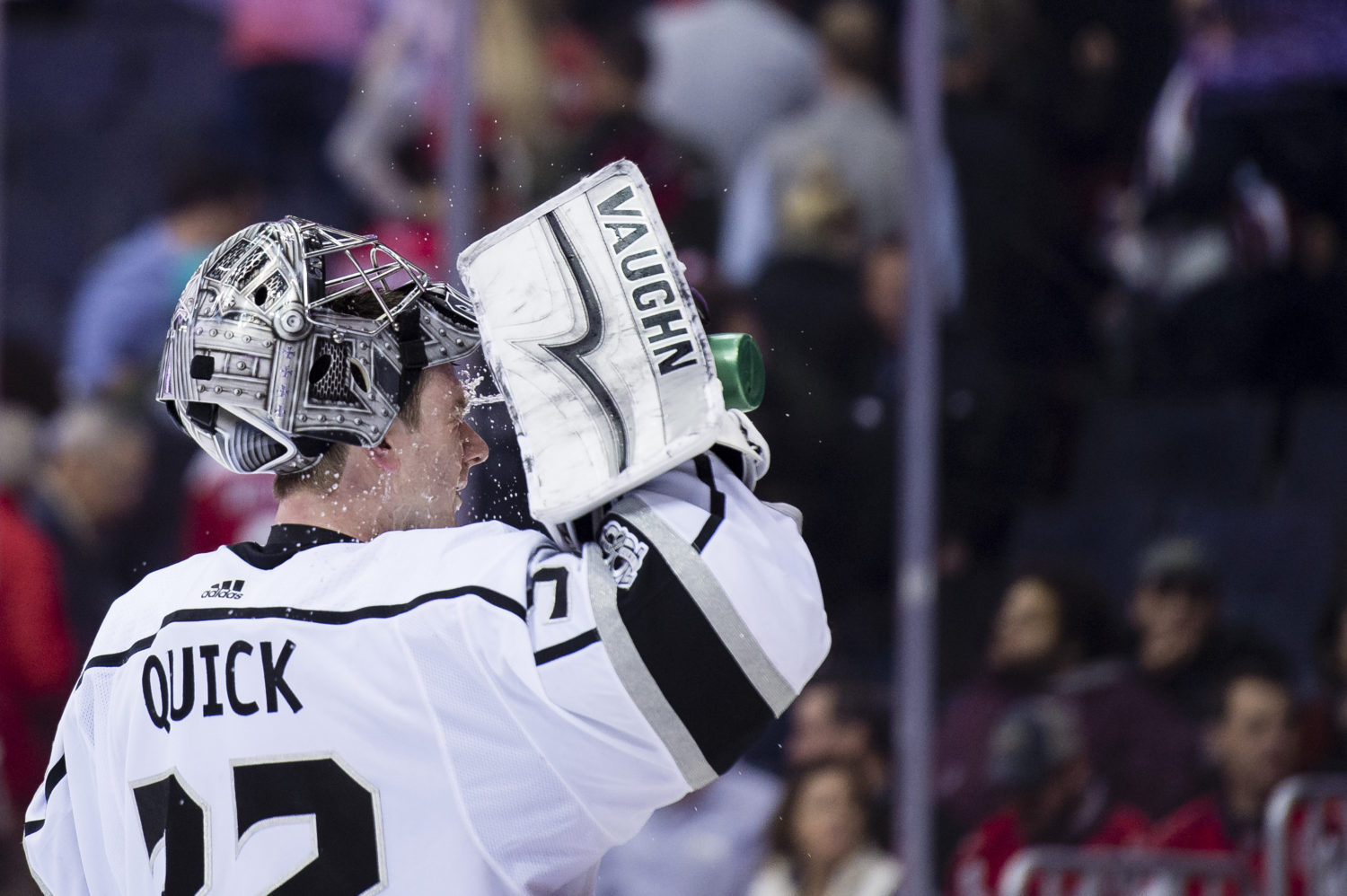