Waking up with the Kings: November 8 - LA Kings Insider

In a game noteworthy for its chaos and savage beauty, two injury-ridden opponents continued to uphold what has evolved from a regional annoyance into a seething, caustic rivalry. Do not be shocked it both teams hold optional practices, or if players take maintenance days and mornings up until their games Thursday night. Anaheim’s injury list is longer than Los Angeles’, but even with the Ducks’ depleted core and center depth, there was still a lineup comprised of players such as Josh Manson, Kevin Bieksa, Nick Ritchie, Jared Boll and others who ensure that every inch on the ice is earned. Likewise, on the other side, Kurtis MacDermid, Dustin Brown, Andy Andreoff and their teammates showed no backing down in an explosive game that resulted in one ejection, two disallowed goals, one goal upheld after a review, two L.A. returns after visits to the dressing room, two two-goal deficits erased and the typical hard, hard minutes from the opening faceoff. Both teams banked on full-team efforts, so the spotlight on any individual obscures the collective contributions that could stretch to the end of this page. But even amidst the resilient performances etched out by Alec Martinez, and Anze Kopitar, and Dustin Brown and others, it was Alex Iafallo, playing in his first Freeway Faceoff, who helped place an assortment of jumbled, disassociated letters into something resembling a clear, coherent sentence. He was on pucks all night and helped kickstart the comeback by following his shot and chipping a puck into the slot for Anze Kopitar to clean up as part of a two-assist performance in 19:09 of ice time. He’s 15 games into his NHL career and was a major factor in not just an emotional rivalry game, but one that ended with a resilient win. 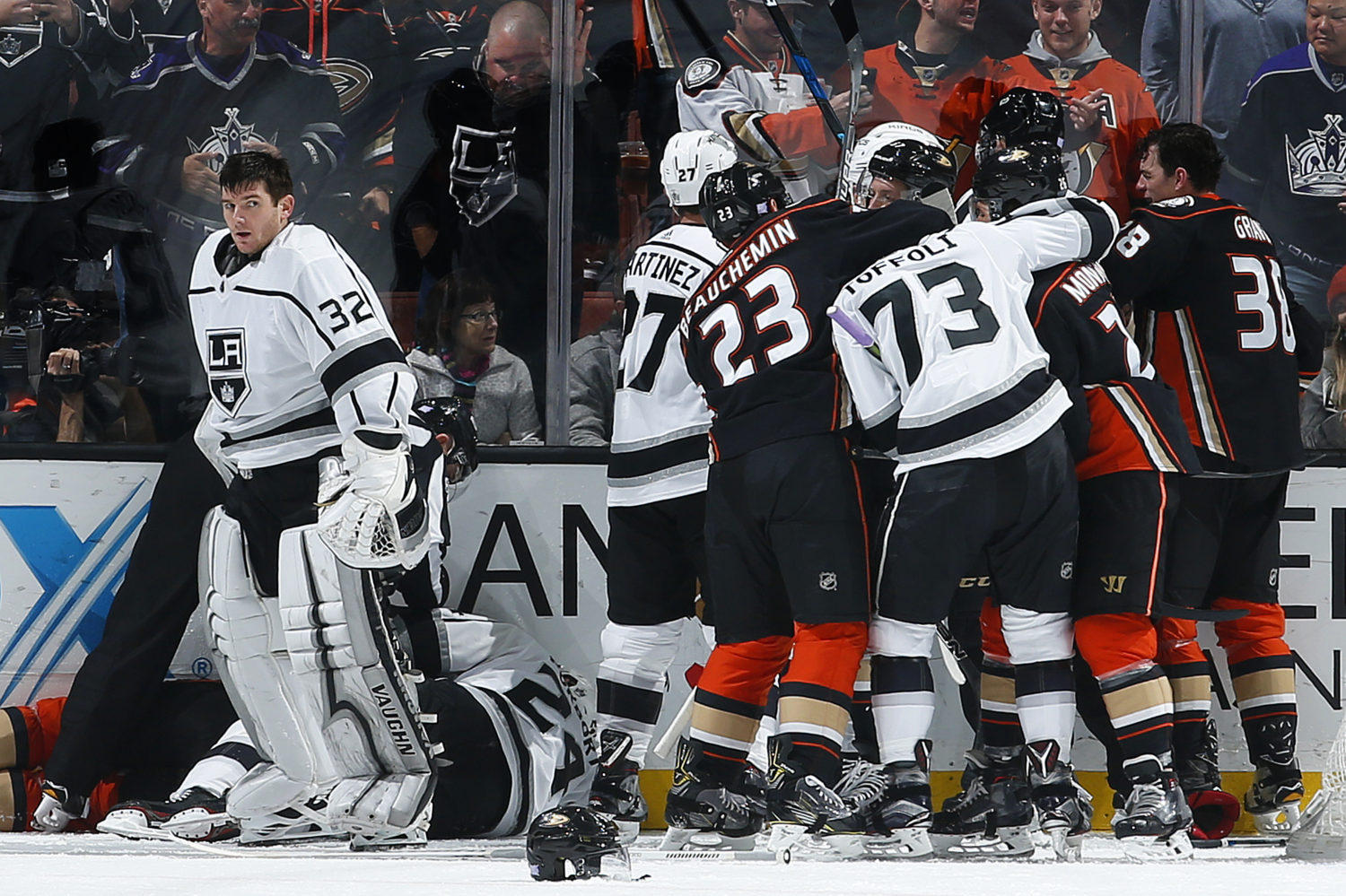 Los Angeles got big goals and big kills in the win, allowing them to successfully come back in a game they chased from behind. Iafallo’s set up of Kopitar was a major blow to the Ducks in a first period they had dominated through 15 minutes, leading 17-4 in shots on goal at one point. In the second period, Tyler Toffoli moved his feet and intercepted a Kevin Bieksa pass on the forecheck before finding Tanner Pearson, whose slippery, no-look backhanded feed to Adrian Kempe was finished off to pull the Kings within one goal entering the third period. The season hasn’t reached Thanksgiving yet, but it’s remarkable that Los Angeles now has points in five of six games they’ve trailed after one period and three of five games they’ve trailed after two. (Remember the March of the Cockroaches?) Even though Dustin Brown and Brooks Laich’s would-be go-ahead goals did not count for anything more than some added momentum, the ice was tilted in the third period and the late first and second period goals from Kopitar and Kempe put the team in position to finish off the spirited comeback. Credit Kopitar for some sublime puck protection along the boards in the third period equalizer; it was the second consecutive game he protected the puck long enough on the man advantage to draw a double-team that set up a bang-bang goal scoring play. 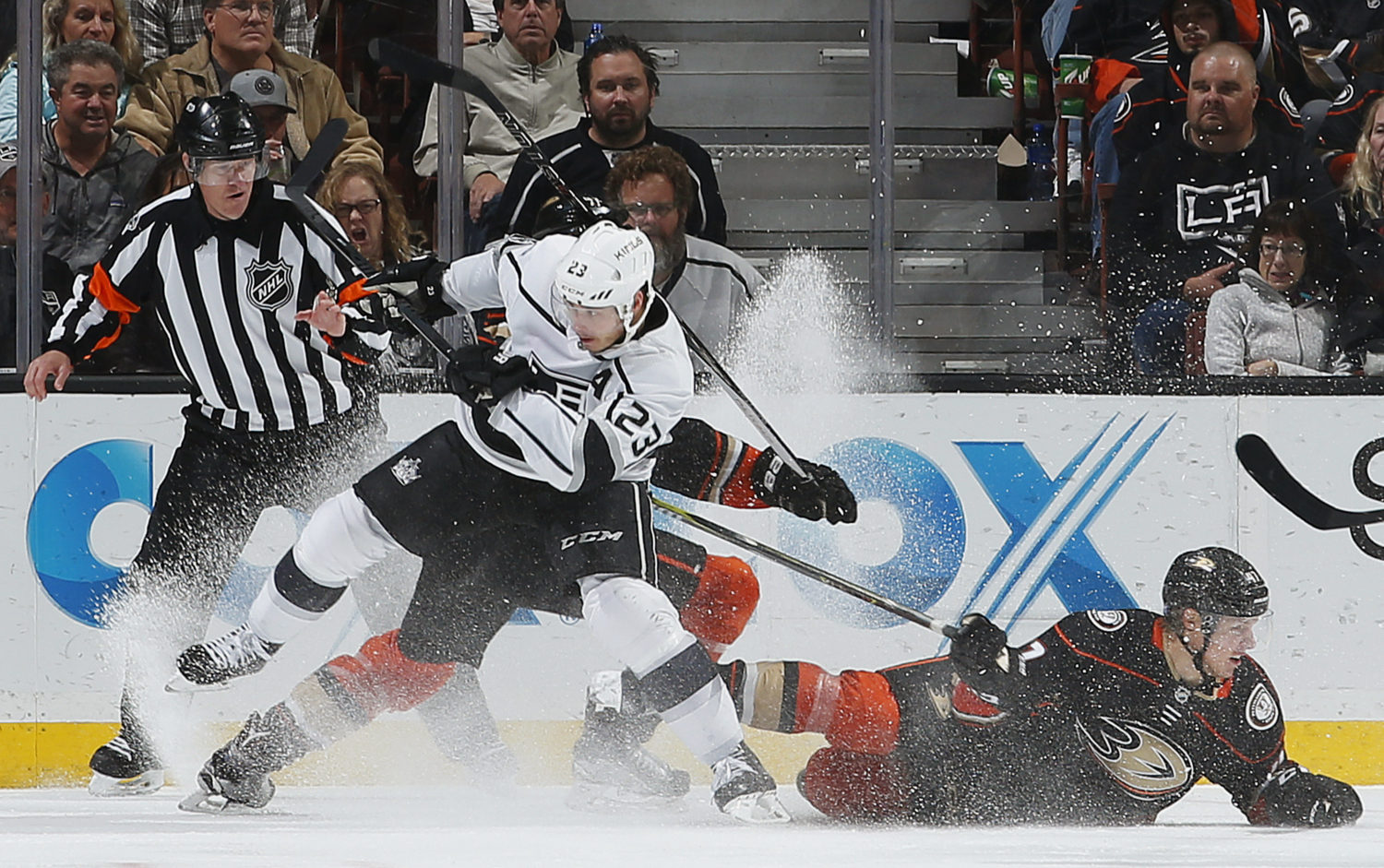 The on-ice officiating wasn’t necessarily poor, but a decision made by the Situation Room led to another questionable goaltender interference call that went against the Kings. One week prior, Los Angeles didn’t get the benefit of the doubt when Quick was caught up with Kyle Brodziak on a Carl Gunnarson shot. On Tuesday, Corey Perry’s stuck out his left skate and made contact with Quick in the blue paint, impacting the goaltender’s ability to reset and face the shooter. It was probably more than incidental contact, but Toronto saw it differently. It’s little more than a footnote in a high-tension game. One could also look at the bigger picture and acknowledge that the Kings are 11-2-2 and haven’t been the beneficiary of any league or officiating largesse to this point, and given the law of averages, that’s probably a good thing. It’s not the most telling stat, because with a top-ranked penalty kill, they’ll face a higher degree of full, two-minute power plays, but Los Angeles’ -12:22 power play/shorthanded differential is the seventh-most negatively skewed power play plus-minus in the league. 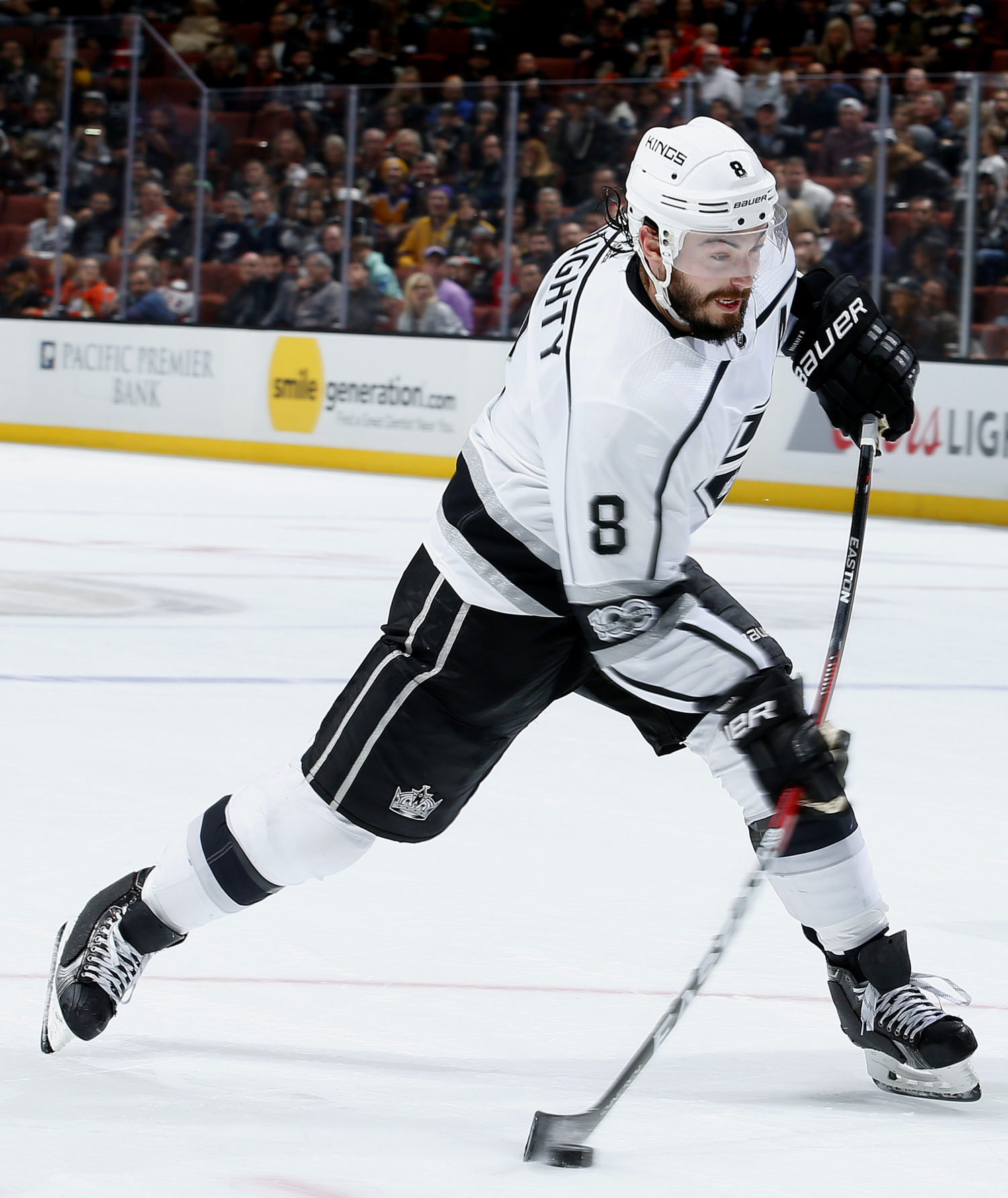