Catching up with Tiger Williams on Legends Night

The Los Angeles Kings honored Dave “Tiger” Williams with a Legends Night presentation prior to Saturday’s 4-3 overtime loss to the Nashville Predators. Williams, who also attended the team’s 5-3 win over Toronto two nights prior, was visibly emotional on the ice while addressing the crowd and expressing appreciation for the organization with whom he totaled 40 goals and 90 points over 162 regular season games.

But while the statistic most associated with Williams is his penalty minutes – he amassed 3,971 of them, more than any other player in league history – there isn’t really a way to quantify the way that he rallied and defended his teammates, or how he’d strike fear into the forwards on the opposition who assumed the most efficient path to the puck off a faceoff was a straight line through Williams.

Williams could play, he could fight, and he would always make the opponents aware when he was on the ice. And, as he noted, his accumulation of penalty minutes is a reflection of his ability to play the game effectively over a long period of time.

“I mean, your job on any team you play for, on any team sport no matter what the sport is, do what you do better than the rest of your teammates and be consistent at it,” Williams said. “And records come because you have longevity. That’s the reason. But you know you’re going to have individuals, like Darryl Sittler’s six (goals) and four (assists), Gretzky hadn’t beat that or Lemieux or anybody else. So those are like in the stratosphere. But I played the same way game in, game out, no matter what team I was on. And I wanted my teammates to know that thick or thin I had their back and just go out and play with confidence and if somebody ever took any liberties against you, I’d be there to help you out. That’s what you do. You get in that role and you just stay in it.”

For more reflection on Williams’ tenure as a King, I spoke with both him and Kings President Luc Robitaille, of whom Williams bestowed the nickname “Lucky.” 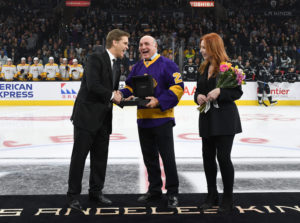 Luc Robitaille, on being a 20-year-old rookie and a teammate of Tiger Williams:
Well for me, I was really scared of him because I had heard, I think it was maybe 5 or 8 years prior, he said in Montreal, he said he didn’t like French people. So, when I go into LA and I was the first guy, I was like, ‘Oh my god he doesn’t like French people,’ so I was really nervous. But he took a hold of me. He really took care of me. He was great. I think he saw that I really loved the game and wanted to play and he loved it. But I didn’t know – I had just read that. So, but it was great to be part of his team.

Robitaille, on whether Williams would go to the ends of the earth to support his teammates:
Yeah, that’s fair to say. He understood his role and he knew that it was important to help the team. And all Tiger cared about was winning. That’s all he cared about. So, for me it was great to have him my first year with the Kings.

Robitaille, on where Williams came up with the nickname “lucky”:
Yeah, it was in the locker room at the Forum. And then my other—there’s no way he remembers that—but my other one of my greatest moments of pride was at training camp. We used to do a physical test and he had done it. You’d have to do as many pushups, I can’t remember how many at the time, and he had done 90 and I did 93 and I was so proud that I beat him.

Tiger Williams, on joining a young but up-and-coming Kings team late in his career:
Well, I mean I go out here because Pat Quinn was a guy who actually brought me here. And I was one of the lucky guys. I got to play against Pat when he was playing in Atlanta and then he became a coach and he was an awesome man. I have an unbelievable amount of respect for the guy and I still do. I miss him all the time, I still do. He was a good mentor, too. But you know when you change ownership which they did here, there’s really no stability in your team and your leader has got to be your best player and leadership starts at the top. When Bruce McNall was here, I thought he was a wonderful, wonderful man, but building doesn’t happen overnight, you know? Even when I left to the time they won two cups was a long, long time. But they finally, Darryl did a really good job for them, and they had the right players at the right time. It’s all about, there’s never no “I” in team, and it’s all about us and they’re off to a great start. I predict that this year LA will definitely be in the top six teams in the whole league, never mind the division. And possibly as high as three and that’s because they have strong, strong ownership, strong people in the management area, and having Blake and Lucky Robitaille here really helps out. So, I wish them all the luck. You know it’s a big city and it’s good for the whole NHL that LA does well.

Williams, on his special camaraderie with the broadcasters:
Well, I think we got along with everybody. We had to. We were in it together. So again it’s about us. It’s not about one individual, and sometimes you just have got to do what you’ve got to do. And if you don’t like the questions you turn around and answer it the way you want to. And some guys don’t want to do that, but I’m like that. I’ve been the same way my whole life and I’m not going to change.

Williams, on whether coining the nickname “Lucky” came organically in the dressing room:
Yeah, you know, that day was a very, very special day for the organization and for Luc Robitaille. He was staying up at Marcel’s mansion up in Palos Verdes or whatever you call it. Marcel had bought a brand new 500 Mercedes. [Luc] comes down, he plays the first shift, starts as a rookie, scores his first goal on his first shift, and I said to myself, “That kid’s lucky.” And he deserves to be Lucky because he’s an awesome young man. We were really lucky. You talk about going back then. If Pat and all of us would’ve stayed together and would’ve built some more pieces in the puzzle—we had Jimmy Carson, we had Robitaille, we had Steve Duchene, we had Galley. And Jimmy Carson. We had young guys who all had talent and all had a passion to play the game. We just had to fill in some of the holes around it, but we—you know in this game sometimes nobody gives you enough time. But we had awesome guys and we had the leadership of Taylor and Dionne, which they’re the top two, and with Charlie Simmer they could’ve played on any team, anytime, anywhere. But it takes 20 guys to win a championship, as you guys found that out. It’s not easy and it never is going to be easy. I even think in today’s game with the number of teams there is, it’s even going to be harder. 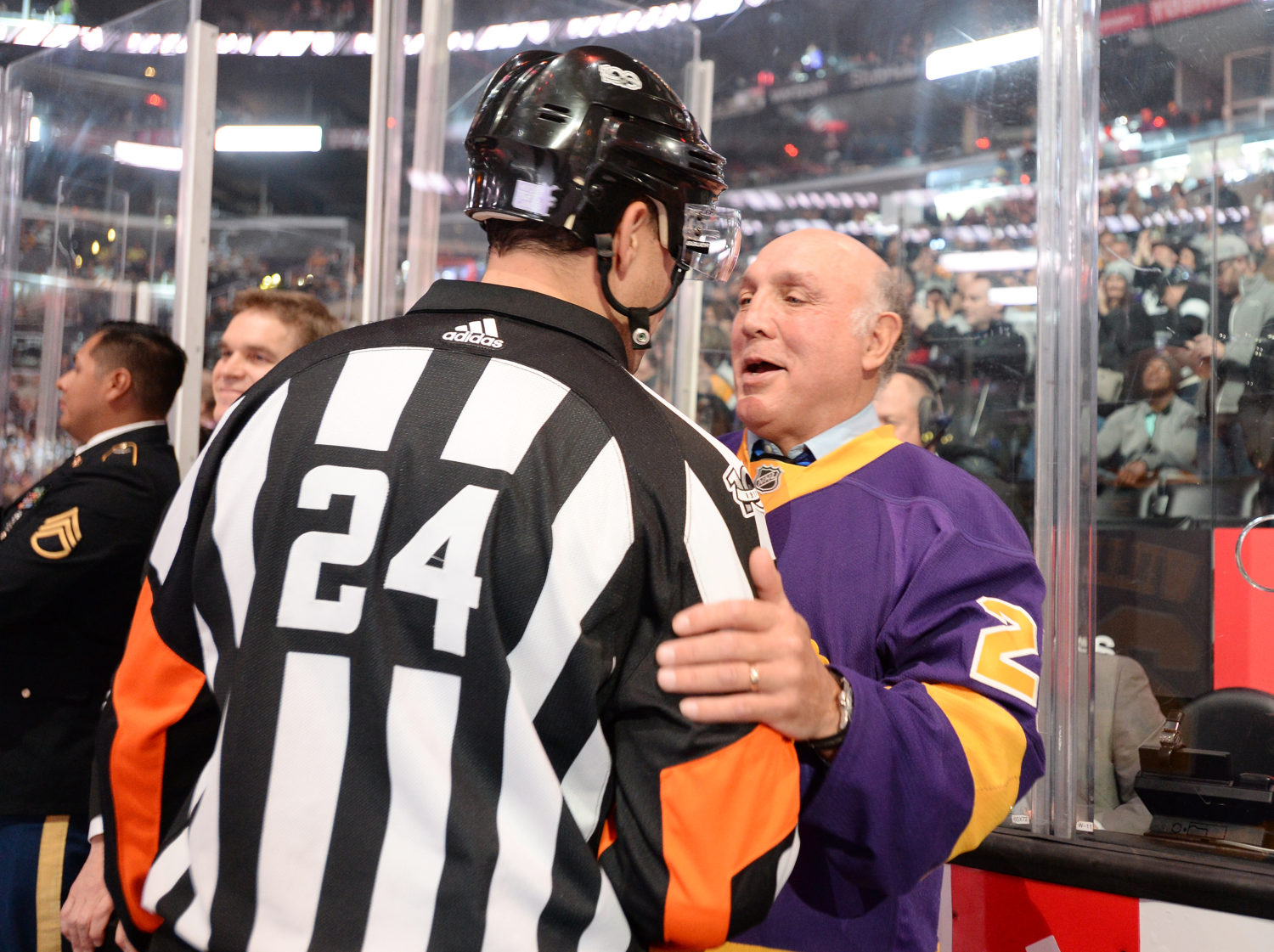