Waking up with the Kings: October 8 - LA Kings Insider

There’s plenty to say about the Kings’ newer and young players passing a good early season test at the Shark Tank, but the smoldering aftermath of Saturday’s win told of a more familiar attack driven by Anze Kopitar, Dustin Brown, Jake Muzzin and Drew Doughty and backed decisively by Jonathan Quick. There’s also a general rule that early season hockey shouldn’t be taken as gospel, but 2-0 is better than 0-2, and the Kings haven’t looked half bad in getting to where they are. And while there have been other games won in San Jose with much higher stakes, I’m hard pressed to think of the last time the scoring chance count was as lopsided as it was on the road in recent series history. Game 5, 2014? The Kopitar-to-Brown lob pass game? 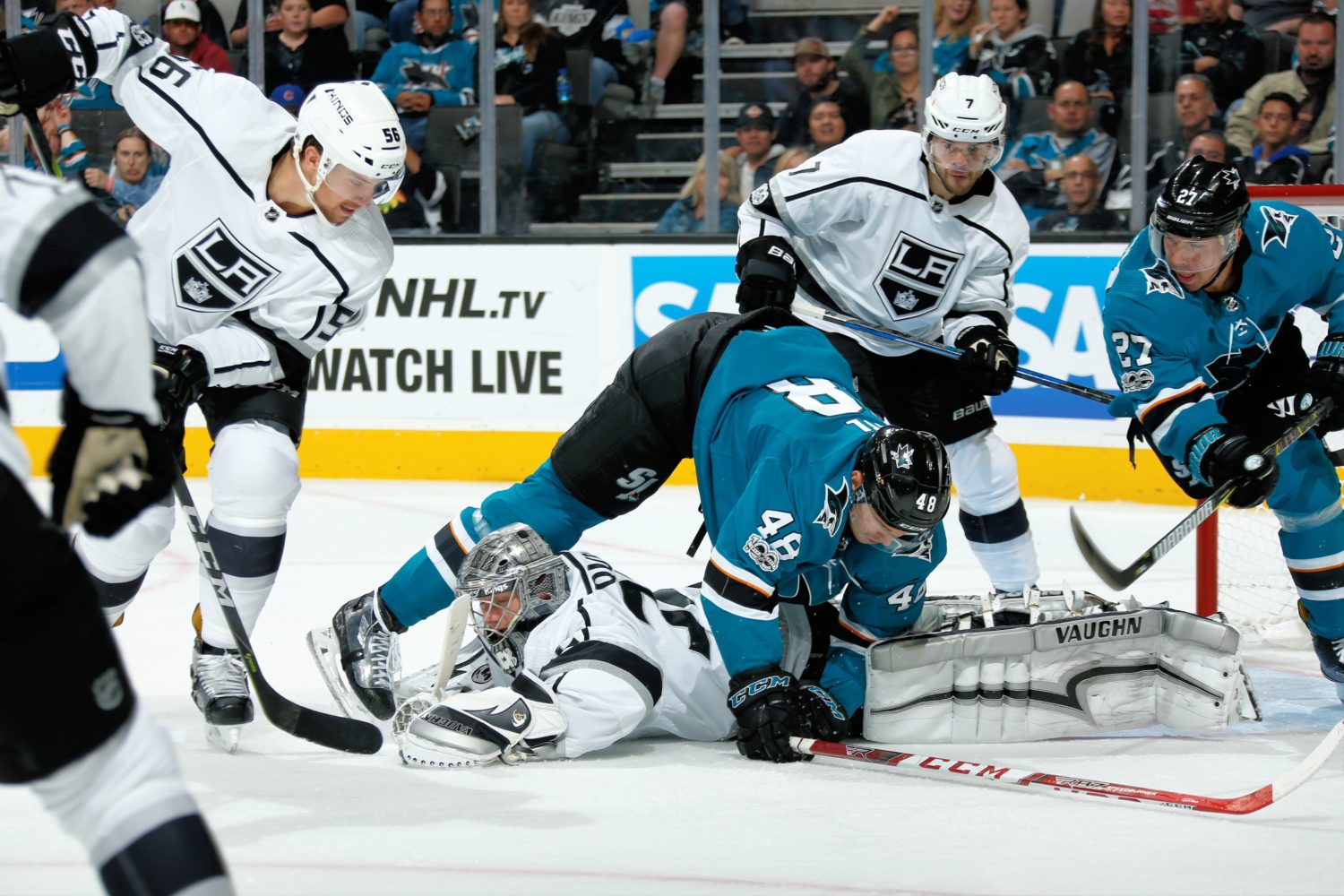 There are a number of positive early season indicators. Muzzin was terrific in the preseason, and other than one first period battle lost to Jannik Hansen that resulted in Mikkel Boedker scoring unmarked on a deflection, he has been superb in the first two regular season games. Earning every bit of his game-high allotment of ice time, he intercepted Brent Burns’ lob and quickly turned it into a pivotal goal by feeding Kopitar in the first period, and in the third he channeled Doughty by denying a pass and clearing the puck while defending a three-on-one rush. Oscar Fantenberg strongly suggested that his skill set isn’t only about tempo and graded well in a heavier divisional game. He went straight for the body and laid a sturdy hit on Paul Martin, allowing Anze Kopitar to play the puck up ice to Dustin Brown for the Kings’ first goal, and later in the period showed good balance on his skates by clearing Boedker out of the slot while defending. The Iafallo-Kopitar-Brown line was on the ice for three goals. The Clifford-Shore-Lewis line has been on the ice for two goals in two games, and Shore is inheriting a greater responsibility at the faceoff dot. Adrian Kempe’s line is still a work in progress, but there are two practices before Wednesday’s game. 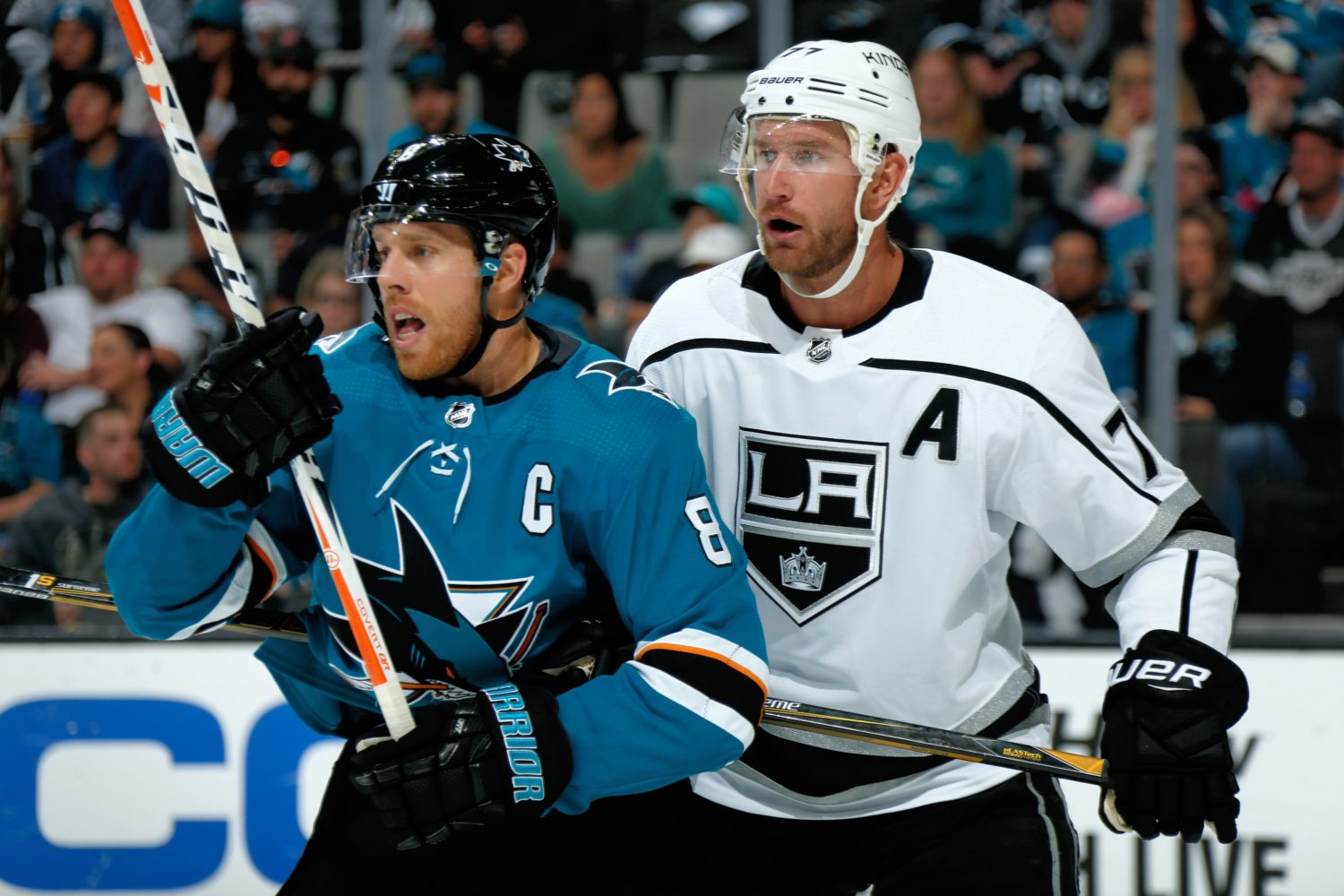 The identity that binds the Sharks and their arena has been palpable, one that often produces a harrowing opening 10 minutes. When they’ve been successful, San Jose doggedly forechecks its opponents, pinning them back in Los Gatos early in the game and raising the importance of coming out of the first period even. Only the Red Wings (393 wins) have won more home games than the Sharks (379) since 2000-01. Is that dominance fading? The Kings have gained traction in the road portion of the series, going 7-5-1 in regular season and playoff games in their last 13 visits. It’s way too early to get a firm sense of the hierarchy of power in the Pacific, and surely San Jose, the fifth best defensive team in the league a year ago, is better than a 4-9 aggregate score. But the murky early season readings do depict a division in which even the better teams have some sort of question marks, and the lesser teams may finish among the lowest NHL percentiles. One factor that kept Los Angeles from solidifying its playoff position a year ago was its 4-4-1 record against Arizona and Vancouver (as part of a 12-14-3 divisional record), and it’s imperative that L.A. finds better success against its neighbors if they’re to return to the postseason. Wednesday’s game at Calgary should serve as an important and potentially emotional early season meeting in advance of eight straight games against the Eastern Conference. 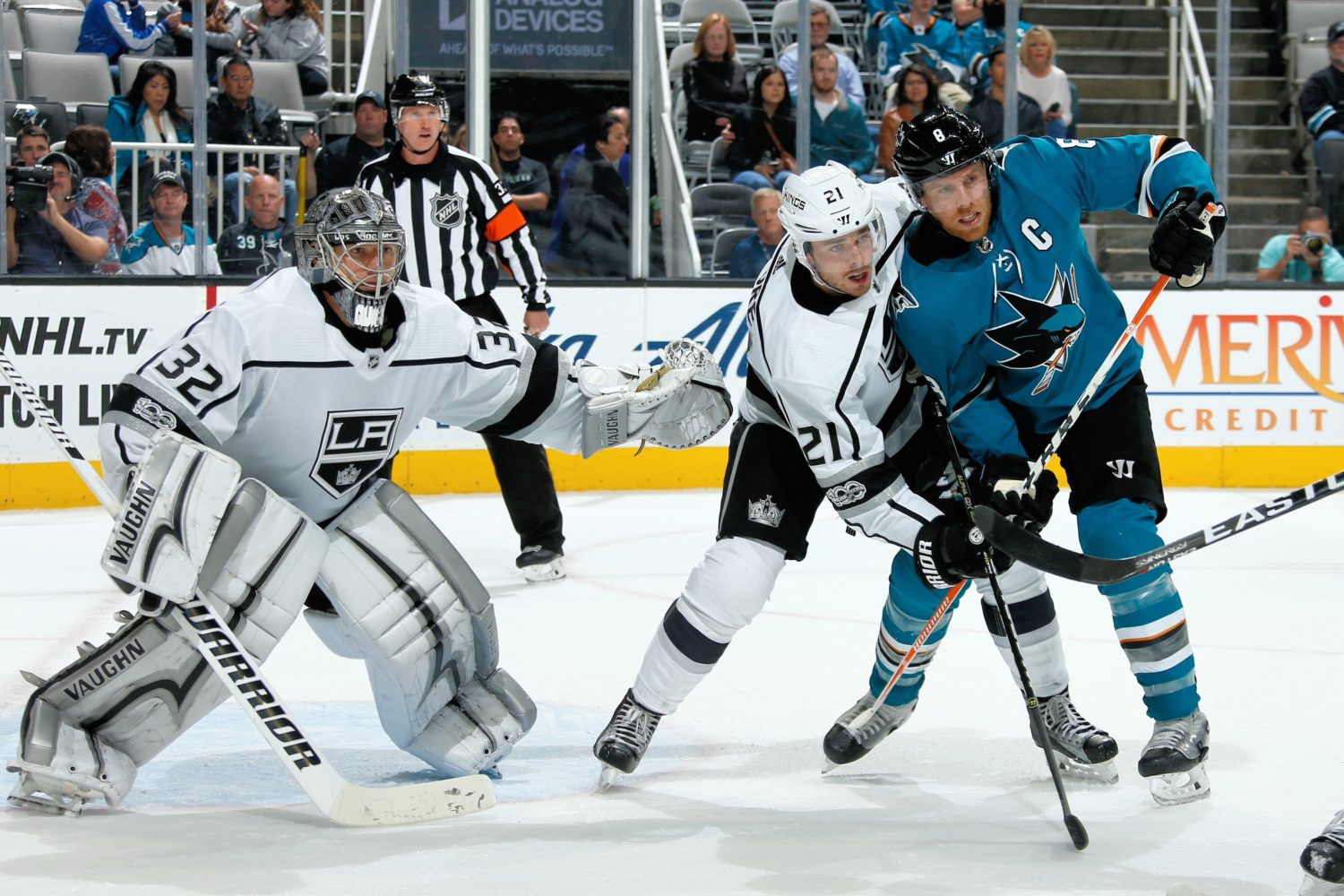