On whether the team has entered the “scouting phase” of the season:
Yeah, we have, for sure. We have as a staff. We haven’t really talked a whole lot to the group yet because we really wanted to focus on ourselves up and through today. But we’ll certainly brief the team on what to expect when we have the opportunity to see them play tonight. We have a pretty good idea of what their roster’s going to be now that the rosters have been settled in for the most part. Good look at special teams, five-on-five play, but again, we’ll be aware of what they do but continue to focus on what we’re doing.

On what the team can do to improve from the previous season:
We’re going to be a good team, I think. We’ve got to really be committed to playing fast and checking fast and getting the puck back. I think we want to be a really good structured, defensive team to allow us to have possession of the puck. But it leads right into special teams which I think is going to be important, especially early in the year. I think you’ve seen improvement there. We have a real attack mindset to get to the net, on the rush, in the zone. We like what we’ve been doing, some of the progress in those areas there. We’ve still got to manage the puck and have a real responsibility, the puck carrier, but we would like to have that attack mindset as part of our identity. [Reporter: Seven players on the roster that weren’t here last year. Collectively, do they bring something that was lacking last year?] I don’t know if it’s fair to compare to last year. I mean, so many things come into play. But certainly some of the guys we’ve added – I’ve said this all along – there are some young players on our team that had never played in the National Hockey League before, and last year [were] exposed to it for the first time. Now they’re coming in with a reference point, and that’s huge. Kempe and Brodzinski and guys like that, they know what the league’s all about. Now they understand what it takes to be successful here, and now they’re worried about performing and not just playing. We think that’s important, and if you add a guy like Fantenberg and Folin on the back end with some experience and little guys that are a little bit older, I think that certainly helps you. I think that those new guys can help you. The fact that some of these young guys have experience, and the fact that all of those guys you were talking about – you can throw Iafallo in there – they’ve got really good mobility and a skill set that can hopefully translate into the way you want to play.

On Alex Iafallo:
Well, sometimes you talk about a player, and you say, ‘the puck seems to follow him around.’ It’s kind of a vague term, but in his case it’s true. So, you start to watch him and you wonder why. He moves his feet, he’s a really smart player, he’s good positionally, he’s got a good skill set but he plays the game with pace. So, I think because of that, he’s around the puck a lot, so you combine his skill set with his intelligence and he ends up being a pretty good player. It just seemed like the other night it didn’t matter where we put him, the line kind of flourished. He’s not a 19 or 20-year-old rookie, he’s coming out of college and has had lots of experience, and he’s a little bit older, and I think that’s helped him. He’s been a pleasant surprise. [Reporter: Has his play been what you’d expected from the scouting reports you guys had on him?] You get to see a guy like that at a development camp in the summer with young players, and you’ve got to remember some of those players are 18 years old, and he’s older and he’s been to several development camps over the course of his time. You start to say, ‘well, you’re cautiously optimistic’ because you’re hoping he should look good in that environment, so we’re just waiting to see what he does when he gets to the next level of player and see if he can maintain what you’re seeing, and in his case, he’s been able to do that.

On how much stock he puts behind Jake Muzzin’s strong preseason:
In his case, I’d put a lot of stock in it. I mean, it’s areal credit to Jake that he stayed here – and obviously went home – but went away from the rink in the summer and had a real dedication to training, a real focus to what he had to do to get better. He was all business coming into training camp, and we made the decision that he was going to play all games that he had access to, and that was five games. He wanted to play those games, he wanted to get his game in order, and he wanted to be a good player, so I see a real firmness back in his game, I see a guy who’s quieted his position down a little bit, and I think his offense, to me, usually comes from being a real good, sound defender, and I think that’s what we’re seeing. We asked Marty and Muzz if they thought they could be a good pair because last year at times they struggled as a pair. They both said emphatically that yes they can, and I think they’re good friends and they talked a lot about it over the summer, and they want to have much, much better years than they had last year and be counted on. I was looking at training camp to see where his game was at, so we certainly liked what we saw in his game and we’re confident that it’ll transfer over into the regular season.

On whether Oscar Fantenberg and Christian Folin complement each other because of their backgrounds:
I don’t know if it’s as much as that as that they do complement each other, just with different skill sets. They’ve trained together in the summer quite a bit, they know each other, they speak the same language, although both speak very good English. But Christian’s more of a stiff first-pass and defender, and Oscar’s got a little more upside offensively to his game and mobility and an offensive mindset, so I think because of their skill sets they complement each other well as much as it is as from where they’re from.

On whether Tanner Pearson and Tyler Toffoli are ready for wider roles:
Well, we sure hope so. The conversations we’ve had with both those young players is that they’re not just young players on their team anymore. They’re part of our secondary core that’s critical to the leadership of your hockey team. They’re both really good kids. They’re both young kids who won championships at the National Hockey League level and performed very well in key situations. Even Tanner’s [got] a couple power play goals in his career, Ty and Tanner both have performed well in a really intense playoff situation. We want them to perform and be leaders, not just good young players. [Reporter: With Pearson, do you see him as a potential 30-goal guy? Does he have that in him?] I think you see both those kids have an ability to put up good numbers. Tanner’s been in the mid-20’s, Ty has scored 30 goals, Jeff scored 30 goals. They’re different types of scorers, I think. Tyler’s got a great release that can score goal scorers’ goals, and Tanner’s got really quick hands, he’s really heavy on pucks and he’s got deceptive speed, so because of that, they complement each other well. There’s no question that we think that they’re both top-six scorers in the league.

On whether he’s enough removed from his Philadelphia days that tomorrow’s game means much:
Yeah, it really is [in the past]. I’ve been here for seven years, going on my eighth year now, so it’s been a long time. Philadelphia is where I started, and I still have a home in that area, and that’s where my kids grew up, so that always feels like home to me in terms of where I raised my family. But, jeez, we’ve been through so many battles with so many rivalries in the west coast, and a lot’s happened since then, so it really is just another opponent that we’re going to try to get off to a good start against. [Reporter: Do you still have a home back there?] In South Jersey, which is about an hour from Philly, yeah. [Reporter: Do you stay there when you guys go back there?] Yeah. It’s a summer home, just a seasonal beach community on the barrier islands there. That’s home for the kids, that’s where they’ve spent their whole life, and it’s kind of where they regroup in the summer. [Reporter: Is that the same area where Mike Trout grew up?] I think, Mike, yeah, is he Vineland, is that where he’s from? He’s a little bit inland, but he’s in the South Jersey area. I’m about 17 miles from the bottom tip, which is Cape May. I’m about 20 miles south of Atlantic City, right on the ocean. They have the whole strip of barrier island towns, just about Ocean City, New Jersey. Right above Cape May.

-Photos, including the lead photo, are courtesy Jon Bradley: 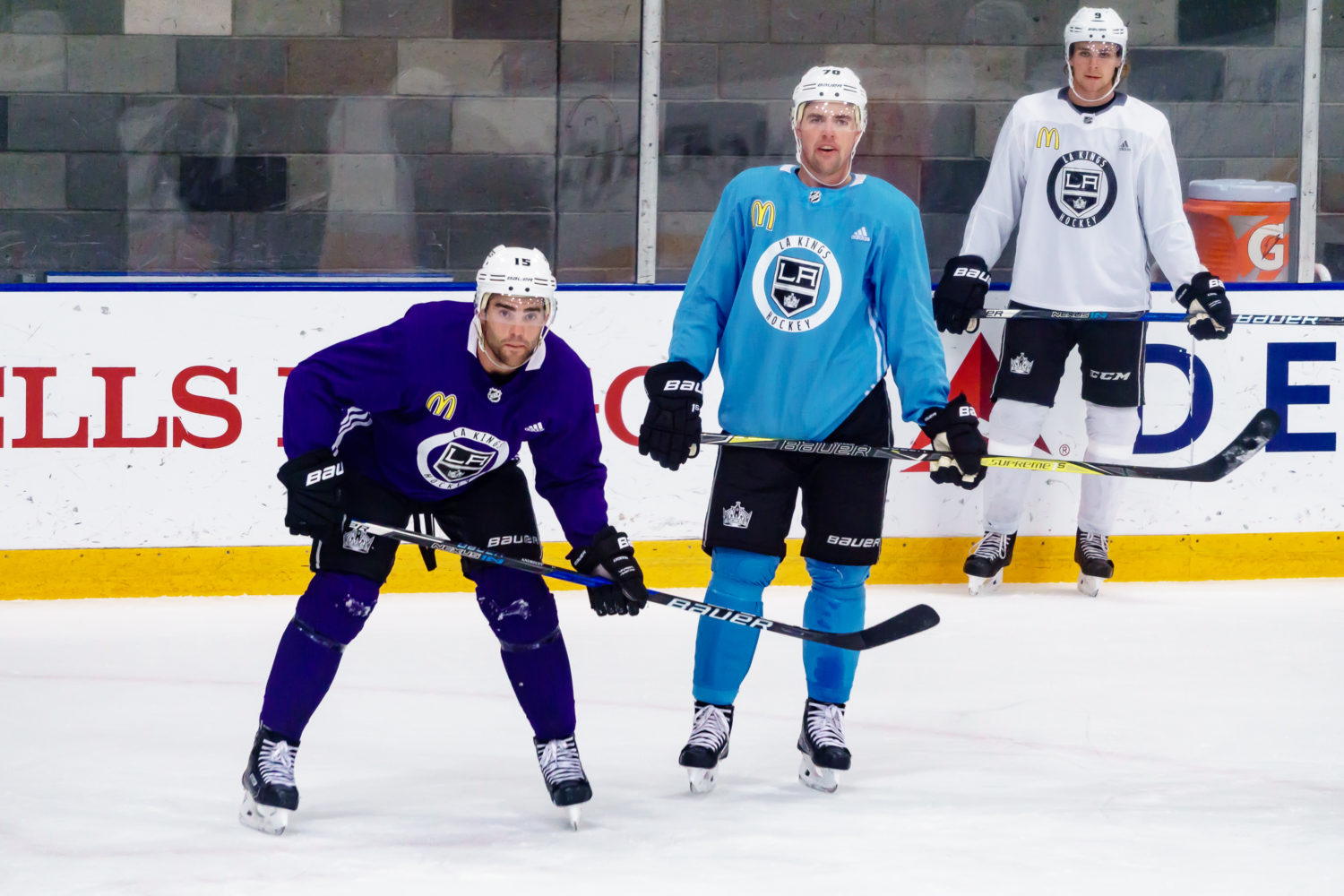 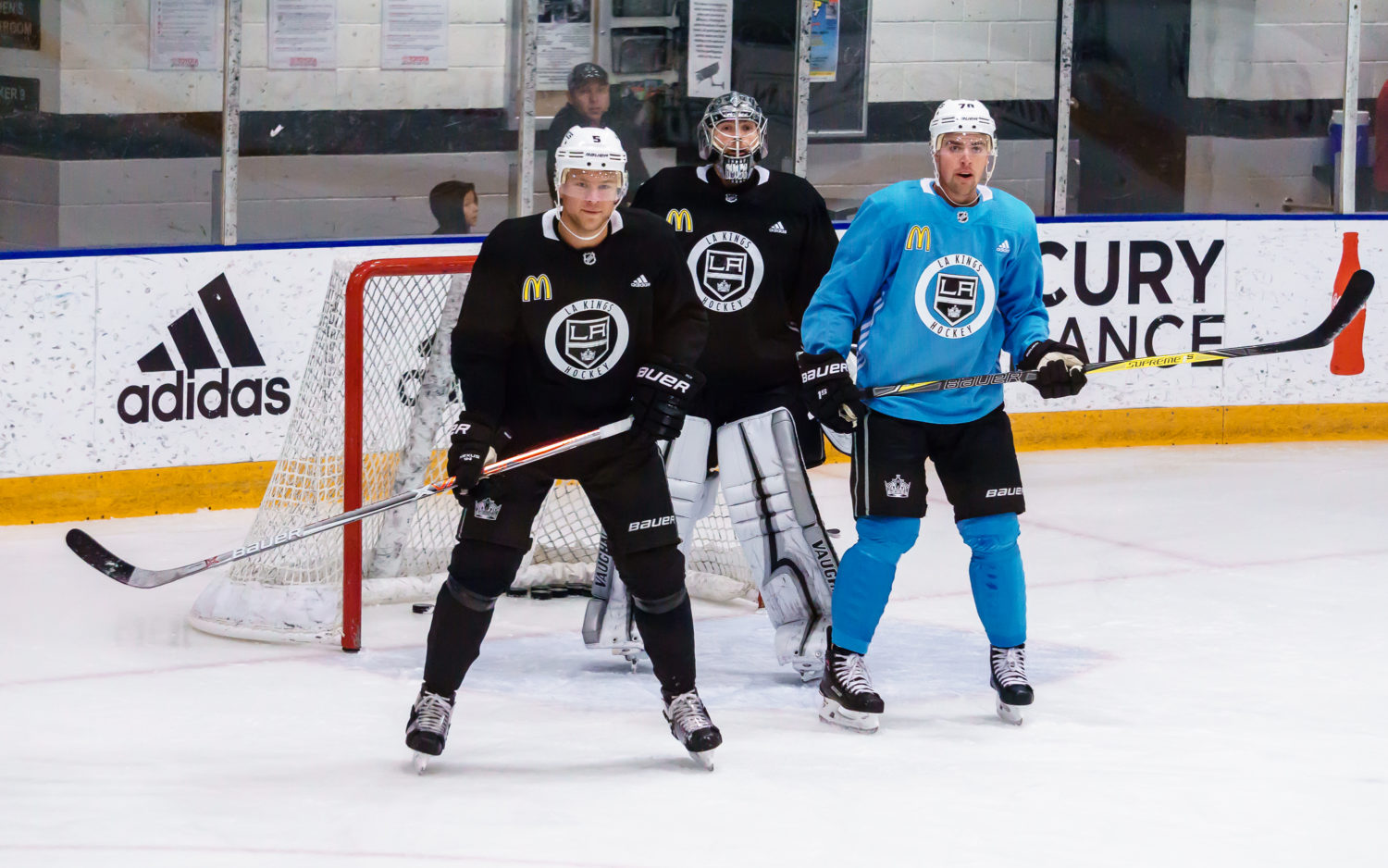 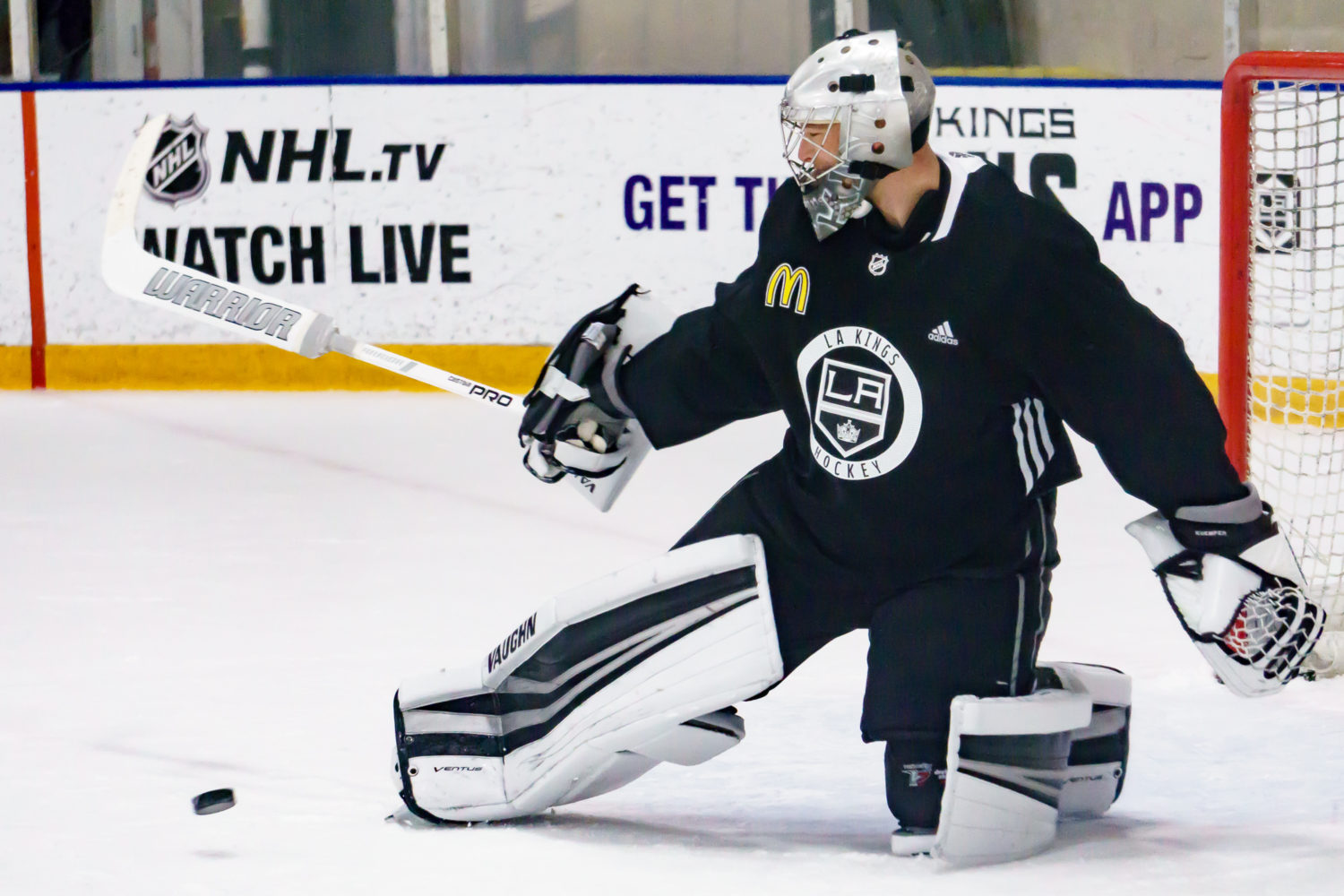 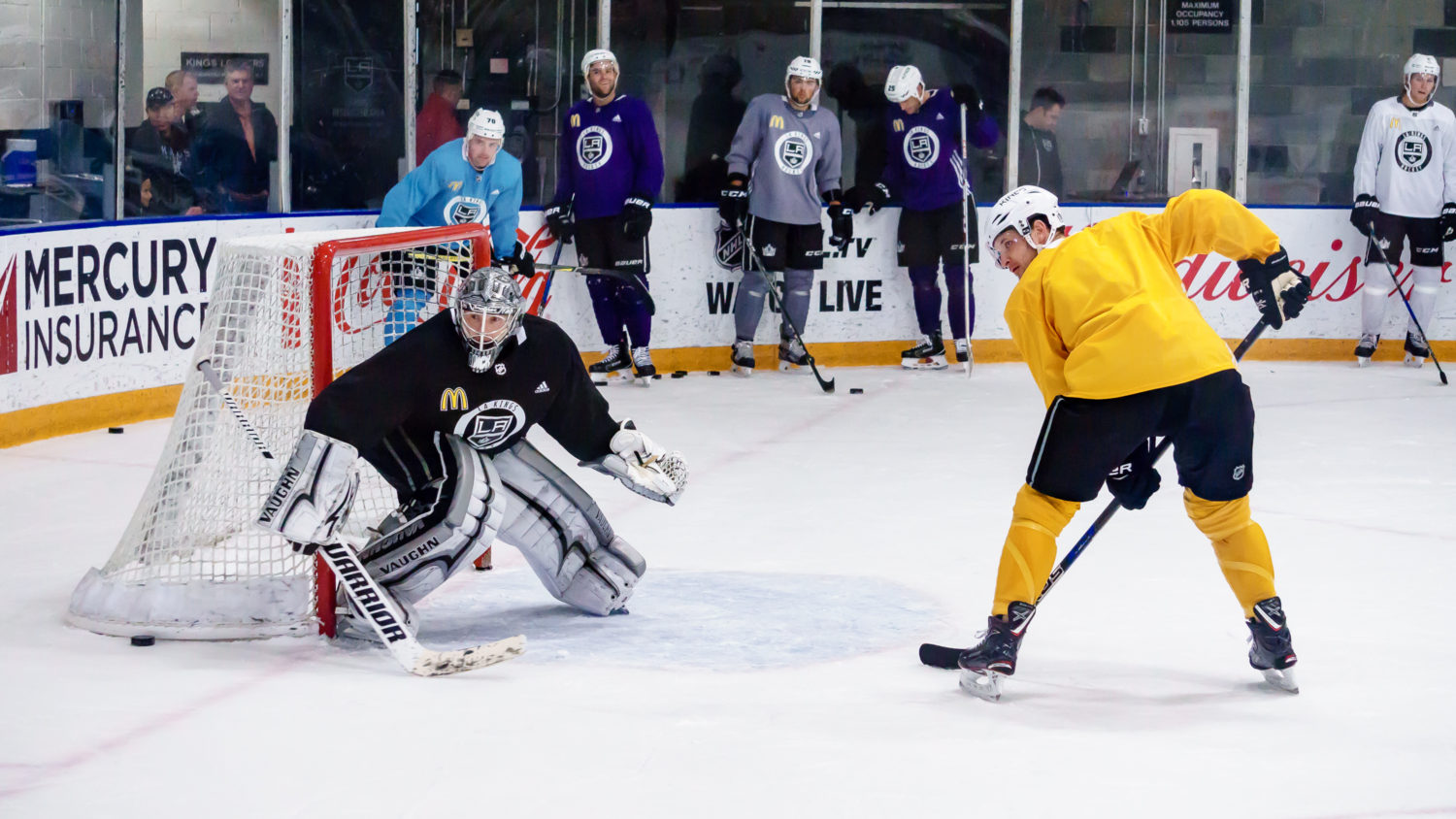