Training camp will be split into two groups, shown below. A third group, which is expected to be formed from players originally assigned to the first two groups, will also take the ice for a third on-ice session on Friday.

Los Angeles will host Vancouver in its exhibition opener this Saturday at 2:00 p.m. at Staples Center.

Start times and groups will always be subject to change. This week’s schedule:

The rest of the training camp schedule will be announced at a later date. 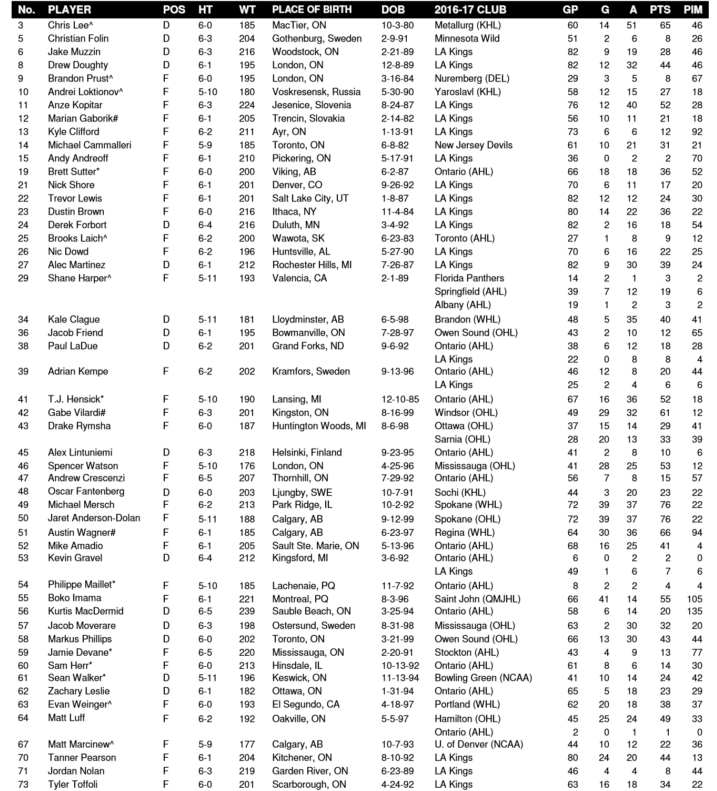 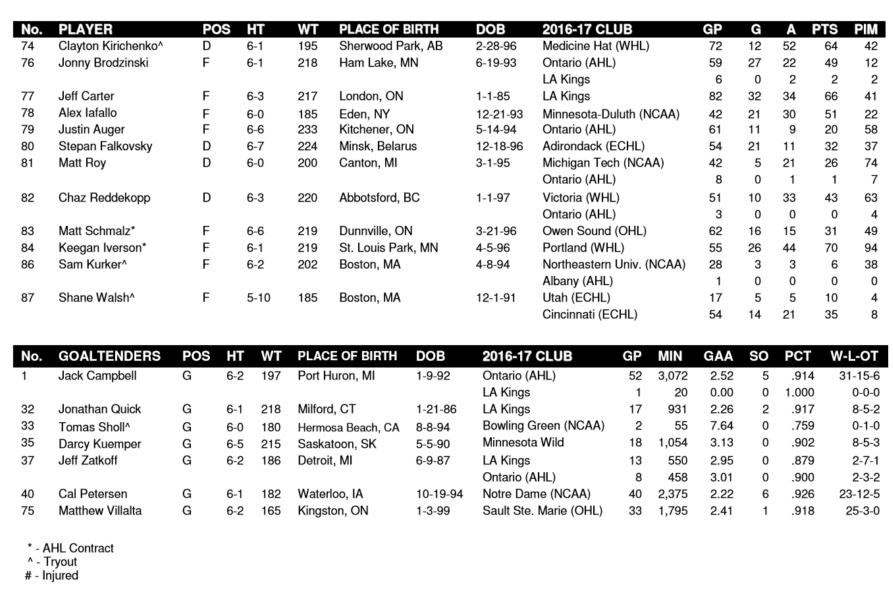 -Only one player from the rookie camp roster was not included in the training camp roster: 22-year-old Hunter Garlent. The 5-foot-9, 171-pound forward totaled 18 goals and 45 points in 30 games with St. Mary’s University in the CIS, the equivalent of Canada’s NCAA body.

-Other than the rookie camp invites, there were no additional PTOs other than those that had already been reported by LAKI and others: Chris Lee, Brandon Prust, Brooks Laich, Shane Harper and Andrei Loktionov.

-Listed as injured are Marian Gaborik, Gabriel Vilardi and Austin Wagner. Vilardi (back) and Wagner (shoulder surgery) are not expected to skate at training camp. Marian Gaborik has skated lightly as he attempts to return from an in-depth medical procedure – not surgery – for a chronic issue related to his left knee, but there’s no timetable at this point for his return. There has been some hope that he might be able to get into the team’s final preseason game September 30 at Staples Center, but it’s still too early to start looking at potential dates, and a gut instinct says that seems a bit early. Also please note that the words used are “hope” and “might,” not “expectation” and “will.” Let’s talk later in training camp.

-There are split squad games on September 18 (at Arizona), 21 (vs Vancouver in Shanghai), 22 (at Anaheim) and 23 (vs Vancouver in Beijing), so even with 70 players taking part, this will still be the Land of Opportunity. That’s not to say that the 1999-born players should be expected to get into these games, but rather that there will be a chance for players bound for the NHL and AHL to state their case for a roster spot, as there always has been. I’ve also heard some scuttlebutt that both Los Angeles and Vancouver will be sending the more experienced game groups to China.