Good morning from El Segundo, Insiders. It’s a special day at Toyota Sports Center as the Los Angeles Kings and Vegas Golden Knights have completed their morning skates in advance of today’s 5:00 p.m. rookie game. Daryl Evans and I will handle tonight’s call on LAKings.com; puck drop is scheduled for 5:08 p.m. Attendance is $10, with proceeds benefiting Kings Care Foundation. Fans will be able to line up to enter beginning at 3:30 p.m.

It’s a big day for both teams. For Los Angeles, these are the first home rookie games since 2015, but for Vegas, these games represent the first completely structured team games since the Golden Knights joined the NHL as the 31st club.

Goalie Cal Petersen will get the nod in net and, though it wasn’t confirmed, should probably go the distance as coach Mike Stothers said that he always anticipates that the goalie he starts will finish the game. Stothers is most looking forward to his group utilizing their teachings and applying them to game settings. Practices can always be mapped out, but coaches get a much more “true evaluation” about their players when resistance and physicality is truly implemented, as he described it.

Special teams can be a challenge to implement for the rookie games because of the constant stream of structural information jammed down the players’ throats throughout rookie camp, but the games do serve as a good base from which to start and make tweaks and improvements to the power play and penalty kill. Expect the familiar hockey term of “keeping things simple” to apply on the power play. There are often lots of penalties in rookie games, so there should be plenty of 5×4, 4×4 and 4×5 work over the coming 36 hours.

More from Boko Imama, Jaret Anderson-Dolan and Kale Clague, the latter of whom is a teammate of Golden Knights prospects Thompson, Dmitry Osipov and Reid Duke: 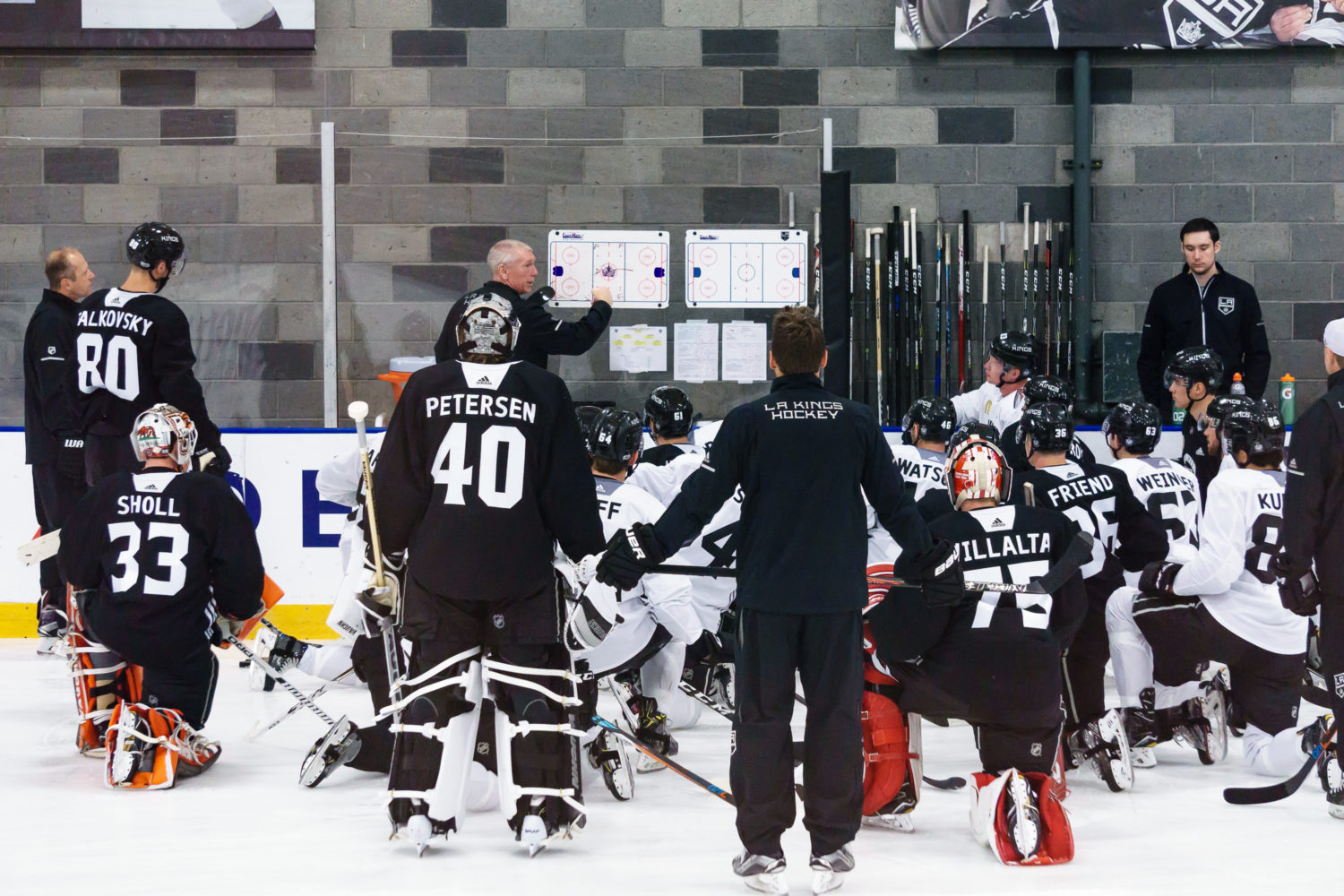